The opposite of a villain? Try kindness 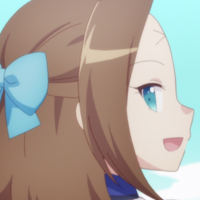 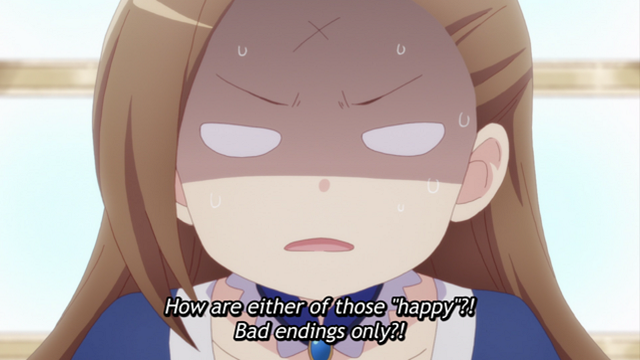 Thrown into a new body knowing no matter what you do, you’ll die a horrible death—what are you going to do? Catarina of My Next Life as a Villainess: All Routes Lead to Doom! finds herself in this exact situation. At least she has one thing going for her: her knowledge of the game she finds herself in and how each tragic ending unfolds. Using this knowledge to her advantage, she decides to change fate itself. But rewriting a predetermined ending is no easy task. How can Catarina pull this off? She has a very loose plan in mind, and it seems to be working.

The new Catarina is very different from the original self. While we don’t see much of the old Catarina in action, we can tell she used to be a very selfish noble. Self-centered and only concerned with her personal happiness, she sees what she wants to see and isn’t interested in the hoops people have to jump through to appease her. The new Catarina is far different. While she is focused more on her own survival rather than adhering to the customs of the new world, she is already far more polite than the original version of herself. She’s kind, and while she is rowdy, her good heart is her strongest asset. By the first episode, she has already won over Keith by figuring out what he lacks and giving him that. And by the second episode, Catarina and Keith have already built up a genuine relationship in which he not only trusts her, but has figured out some of her quirks as well. 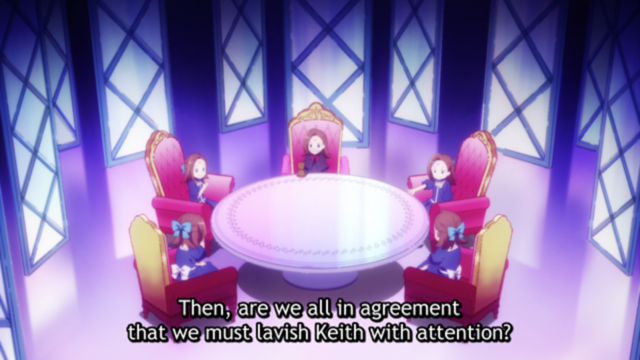 Her relationships with Mary and Alan seem to develop in a similar manner: Catarina provides those around her with what they are lacking. While she knew of Mary, Catarina didn’t connect the dots as to her identity before striking up a relationship, but was instead drawn to Mary's knowledge of botany. Catarina gave Mary positive attention, which helped her gain some confidence. This already seems to have brightened her attitude going forward. Alan’s competitiveness was always a part of him, but now it’s spurred on by Catarina’s insults. Her free-spirited nature, especially when it comes to unladylike things, allows Catarina to compete with Alan while simultaneously allowing him to be comfortable around her. Even when pushed to his limits, he trusts Catarina enough to confide in her how he actually feels—and is later able to snap himself out of it by coming to believe her words. Both Mary and Alan come to see her as an important presence in their lives and wouldn't likely start seeing her as an enemy unless something extreme happens.

Of course, Catarina’s knowledge of the game itself can’t be discounted. Since she knows all the routes and the characters, she has an awareness of their backstories. She is able to adjust her plans because she knows who the important players are, and vaguely how the events fall into place. Still, all her manipulations wouldn't be able to work if she wasn't able to sell it, and she does so by being herself. It’s unlikely that the original would be able to pull any of that off, even if she did have the knowledge of what each member of the cast lacks. It’s not necessarily that the new Catarina is more observant (she does seem to be woefully oblivious at times), but that she is more attuned to social cues. She cares for other people, and even though she has her own goals, she has a strong ability to be able to sense when something is off with those around her. Her sincerity and general want for people to be happy means she isn't just striving for her own happiness, but for others' as well. 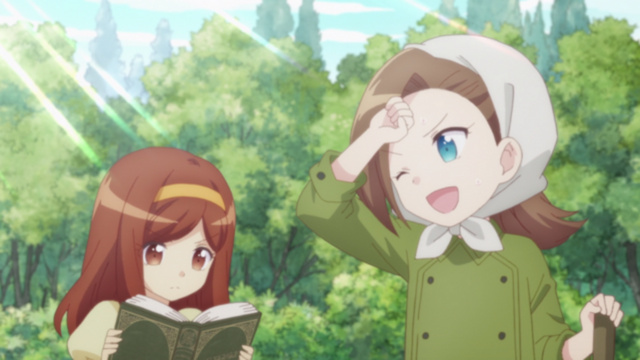 Nothing Catarina does is particularly extreme or villain-like. She doesn't appeal to people with spells or even by strong-arming things with money or influence. All Catarina has is her wit, and most importantly, her genuine passion. She sees the people in her new life—even the ones who might end up weighing in on her fate—as people and not pawns. She reaches out and isn't afraid to have fun, and people respond well to that. The original might have used her rank and title as a way to push her way through life, but no amount of status can disguise that she was an extremely selfish person at heart. But this Catarina? She's earnest and kind, and being kind to others is something that is always rewarded.

Do you think Catarina's strategy will continue to work in My Next Life as a Villainess: All Routes Lead to Doom!? Let us know in the comments!

Tags
my next life as a villainess, villainess, hamefura, light novel
« Previous Post
Why a Filler Arc Might Be the Best Introduction to One Piece
Next Post »
Nintendo Switch to Be Restocked in Japan Over the Next Month
Other Top News
4 Comments
Sort by: