Which team will pass the Bonus Test 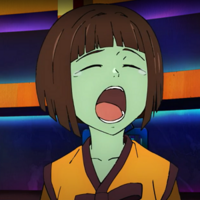 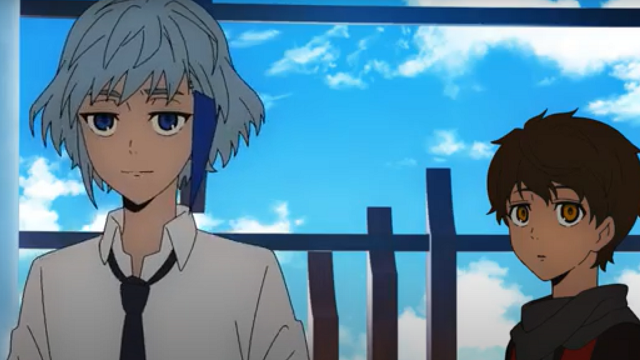 It's that time again, folks! Let's catch up with Bam, Khun, and Rak in the latest installment of the Tower of God recap series! Things get moving at a breakneck pace in this episode, so strap in and let's get started! And as always, beware of Kami No Tou Episode 3 spoilers ahead.

In the pouring rain, we learn a new princess has been chosen: Maria. But what will happen to Aguero? Apparently, the answer is obvious. Because his sister was not chosen as princess, his entire family will now be dismantled and exiled. Rough stuff! Such is the life of a loser in the race to the top of the Tower. Khun is revealed to have been the brother of the girl not chosen as princess. He was used. He must trust no one. So says his own mother.

Bam interrupts Khun's reminiscing of the past, he's noticed the ceiling is bright in this new level of the Tower... except the ceiling is actually the sky and Rak thinks it's hilarious that Bam has no idea what the sky even is. Bam thinks he's beginning to piece together what this actually means—that Rachel never needed to climb the Tower to see the stars. Except what the Regulars refer to as the sky is just a recreation made of Shinsu, many don't even believe the sky exists at all. After hearing of Rachel's goal to see the stars, Khun begins to question her motives... and her reasons for taking care of little caveman Bam for so long. But what else would you expect from a guy whose own mom taught him to distrust literally everyone? A scream interrupts the two allies' argument, Khun assumes it was a "death cry." Now all the boys can think about is how dangerous the next test might be. 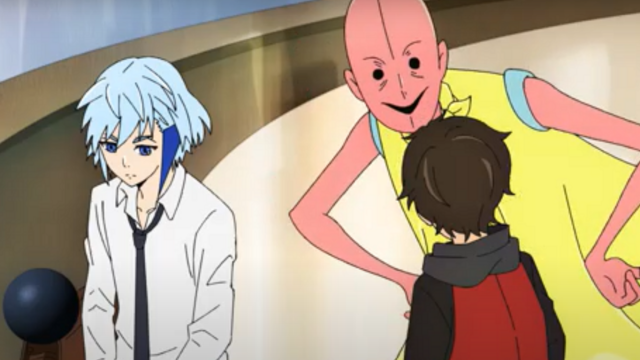 A bizarre contestant with an oddly smooth face offers to give Bam's team a hint about the next test. Using his great intellect, he says he used simple deduction to figure it out: Every team that passes the test does so in five minutes or less. After the team realizes the truth behind this, Bam is grateful, but Khun doesn't trust his competitor's motives, thinking he is using the team to prove his own theory. The helpful stranger warns Khun about the dangers of being too cautious, throwing the blue-haired Regular's family heritage in his face in the process. Khun was abandoned by his family after a terrible betrayal and... that's as far as that story goes. Khun pulls a blade on the stranger, not wanting to hear any more.

Next team enter. Our boys are up. Upon entering the next test, the team is met with a clock, seemingly confirming the stranger—or as Khun refers to him, the Plastic Bag's—theory. But Khun is obviously not convinced. Inside the next area is Yu Han, the Director of this test. Khun seems to recognize the Director as Yu Han informs the group of the rules of their test: Open the correct door. The group will only be allowed to try one door and they must complete the test within ten minutes or face forceful termination.

The group grows angry, feeling they were not given enough information to work with. Bam wonders if this is another test of luck while Khun and Rak demand more clues from Yu Han. Too late. The test has started, the clock is ticking, and the Director insists the group already has all the information they could possibly need. Khun goes into detective mode, attempting to ignore Rak's angry rants and Bam's pleas to work together, choosing instead to focus on the clues and try to deduce the correct strategy. 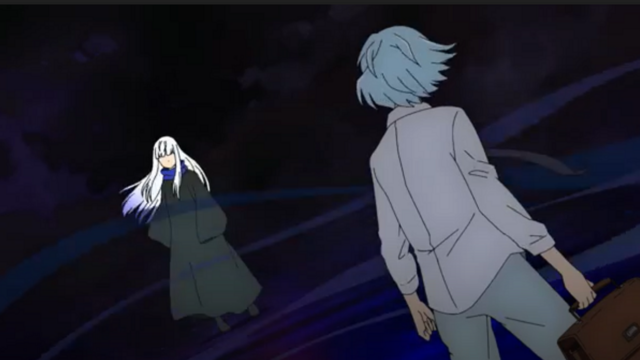 There are 12 doors, 10 minutes. How does this information organize itself into an answer? Khun questions the clock, why would this be necessary when they have Pockets to tell the time with? He remembers his mother's words: You musn't believe what anyone says. Khun's focus is broken by the haunted whispers of past rumors. Accusations that he and Maria—his half-sister—were a couple. Accusations that Maria was simply using Khun to get ahead in the race to the top. Maria was chosen as a Princess of Zahard, abandoning Khun and his family after her ascension.

Before Khun can come to a conclusion, Rak tires of screaming about the two things he hates most in this world (thinking and needles) and kicks open a random door. Bam is gripped with panic by Rak's thoughtlessness as the clock nears the five-minute mark... and Rak's rash move is a success. The team has passed the test. Curious, Khun asks Rak to explain his choice in doors, but there isn't any real answer. Rak calls it instinct. We might call it random chance.

Yu Han congratulates the group for passing the test. All they really had to do was open a door—any door—within five minutes. Rak is very pleased with his apparent genius while Khun is deflated, left to wonder what the point of such a test might be. Rather than answer his question, the Director inquires about the trauma and distrust Maria caused Khun, showing Khun how badly his doubt and hesitation holds him back.

Bam, Khun, and Rak head out and we see more teams pass the test. The sleepy guy and his group make it through. Ship Leeso and his team pass and Ship gives a pretty comprehensive breakdown of the test and how it works. And the Plastic Bag stranger appears before Yu Han to ask why the Director ordered clues to be given to Bam's team. Yu Han claims this was just an experiment, to see if the hints would help or hurt their performance in the test. Meanwhile, we see a very different Khun as he and his group head to the next location. While Khun does not want to talk about Maria with his teammates, he tells Bam he hopes he does eventually find Rachel and that the two will finally be able to see the stars—together. 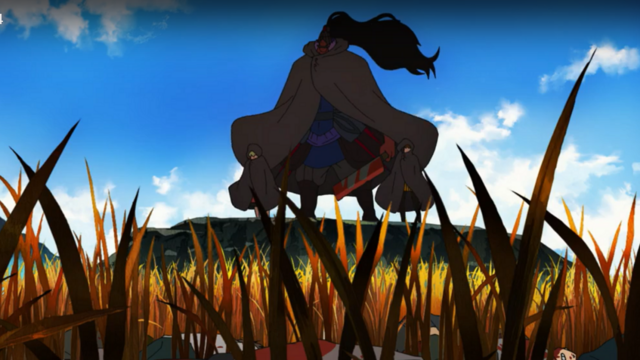 Another jump and we see a group of three allies—a giant and hooded blond girl among them—standing in the tall grass, blood splattered all around them. They have passed on to the next test.

This new round of Regulars will be thrown directly into the third test, Administrator Quant decided to speed things up a bit by hosting the first and second tests simultaneously, culling all but the final three allies. Yu Han is not impressed with Quant's liberal interpretation of the test and suggests the "higher-ups" could be quite upset if they found out about what Quant did. Quant begs Yu Han to cover for him and beats a hasty retreat as Yu Han gives a call to Lero-Ro. Before Lero-Ro can answer the call, Yu Han dubs himself a genius... was he secretly behind the mass culling test?

In the next testing area, Bam's group is introduced to Ship Leeso and his teammates after Ship kindly pays for a banana drink for a very thirsty Rak. Ship claims Bam inspires him to make it to the end of the race. If a seemingly ordinary person like Bam can do it, so can Ship Leeso. 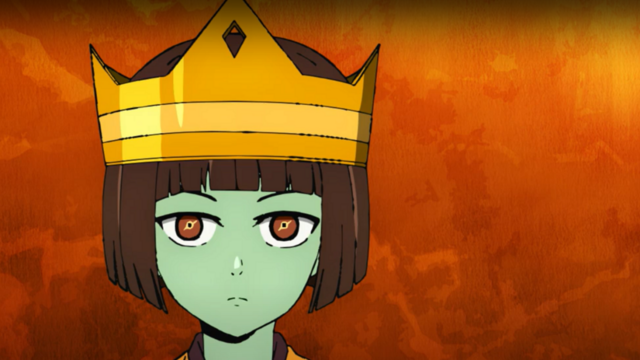 Lero-Ro interrupts the two groups' meet-and-greet, the next test is finally ready to begin... the Bonus Test. Lero-Ro promises the Bonus Test is strictly voluntary and will not hurt their chances in future tests if they choose to opt out. However, the winner of the Bonus Test will automatically pass any and all future tests.

The Bonus Test is called the Crown Game. The object is simple: Five teams compete at a time, each attempting to steal the golden crown from the rest. They will have five minutes to do so. Once a member has stolen the crown, they sit in a throne, wearing the crown until the end of the game while their allies fight to defend them from the rest of the teams. Four more teams will attempt to steal the crown from the winning team until all groups have been given a turn. The person wearing the crown must not leave the chair for any reason or every team currently in the room loses the test. Oh, and by the way, the winning team of the mass culling test will just so happen to be sitting in on the Crown Game.

The groups weigh their options, most choose to wait for later rounds, but Anak and Hatsu just want to get this over with. They enter the ring, only one other group bold enough to go first. Anak single-handedly takes out Kon's group with her vine whip, drawing attention to her unusual weapon. While all eyes are on the Lizard Girl and her powerful weapon, Bam's attention is drawn to the Black March, which seems to be vibrating in response to Anak's whip. Nobody seems to notice the hooded blond girl watching the match.

Realizing it's pointless to fight, Kon's group makes a break for the throne, but Anak beats them there. She uses her whip to create a gust of wind, knocking them backward and snatching up the crown herself. She does not intend to let any of the groups take it from her. Bring on the next contestants. 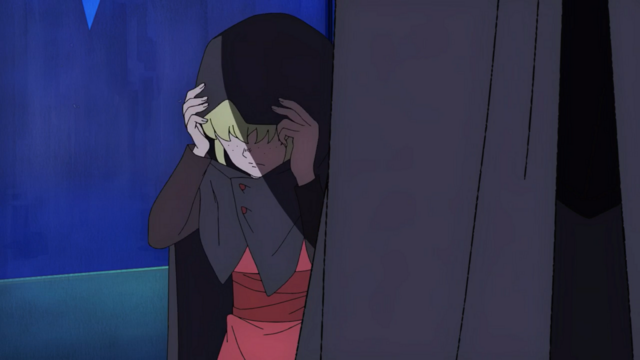 Before the next match can begin, Bam looks up and notices the hooded blond girl slinking around in the arena. He recognizes the figure lurking around: Rachel.

What a wild ride! How did the audience react?

Yess I've been waiting all week!

Great episode! Really liked the message that you just have to go with your gut sometimes. Overthinking and overanalysing situations is a waste of time. That contrast between Rak and Khun make them a perfect team

The animation in crown game looks amazing!!! Can't wait till the next episode with Lauroe popping off!#TowerOfGod pic.twitter.com/kHk47ovhbb

Who will win the Crown Game? Is the crown a lie? Why the heck is Rachel slinking around? Tell us your spoiler-free theories in the comments!