These anime shorts are truly something special 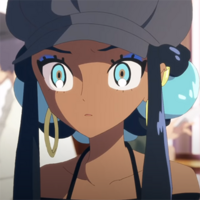 One thing Pokémon: Sword and Shield did very well was introduce a cast of side characters that I remain enchanted with. The gym leaders all had memorable designs and their dynamic personalities made me eager to meet each one. Your rival, Hop, was given an actual character arc. Team Yell was an exciting and frantic presence and the authority figures — ranging from the professor to the champion to the chairman — all radiated a kind of mystique. I just wanted to know more about them.

And that's why I love Pokémon: Twilight Wings, a series of anime shorts about characters in the Galar region, so much. Four have been released so far, and the last three have been based around gym leaders and rivals. They present little snapshots into what life is like in Galar and the particular struggles of each character and they've all been pretty beautiful — not just because of the gorgeous animation — but because it takes them from being boss battles to being the protagonists of their own stories.

In "Training," the Fighting Type Gym Leader Bea finds herself haunted by a loss to Champion Leon, and thus secludes herself in the mountains to try and get stronger. However, even her Pokémon (a Machamp, a Machoke and an adorable little Machop) think she's pushing herself too hard. In "Buddy," Hop remains devoted to learning how to be just as good of a trainer as his older brother, leaving his Wooloo feeling a bit inferior and jealous. And in "Early-Evening Waves," Nessa attempts to balance a career as a Gym Leader and a career in modeling but is soon reunited with a graceful Pokémon from her past that helps her out.

Much of the Pokémon franchise is a singular experience. In the games, you design YOUR team. You devise YOUR strategies. And when it comes time to defeat the evil terrorist group, YOU'RE the fourth-grader to do it. Even by video game standards, it's amazingly YOU based. And in the main anime series, while you do get more of a spotlight on characters and backstories, the primary focus is undoubtedly on my boy Ash Ketchum. So stuff like this, and the Pokémon: Generations series from a few years back, is a welcome treat because they flesh out the world and honestly make me want to replay the games with the character knowledge that they provide in mind.

What is your favorite way to enjoy the Pokémon franchise? Do you like the Twilight Wings series? Let me know in the comments!