No Luffy? No problem 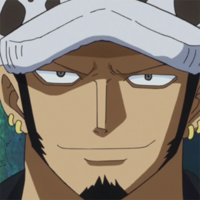 Seeing the Straw Hats rumble is always a treat. And watching Luffy punch bad guys is just as valuable to my survival as air and water. But what about when the main characters aren't around and we're forced to see some of the side cast throw down? Well, I wouldn't fast forward just yet. As it turns out, there are quite a few awesome fights that don't include anyone that spends their lives on the Thousand Sunny, and I'm gonna focus on five of them here. 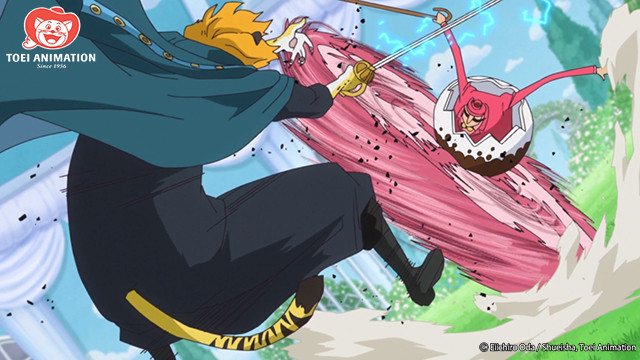 This fight is like a Traditional Shonen Battle Greatest Hits Collection with the tough, stoic Pedro facing off against the cocky, constantly transforming Baron Tamago. Over two episodes, Baron Tamago goes through three different, yolk-filled forms: The pink-suited man sitting in an egg, the yellow suited chick sitting in an egg (Viscount Hiyoko), and finally the pink-suited, full-grown white chicken sitting in, you guessed it, an egg (Count Niwatori), with each transformation coming after Pedro has cut him in half. Throw in some very well animated bits and you have a fight scene that's way more dynamic than anyone expected. 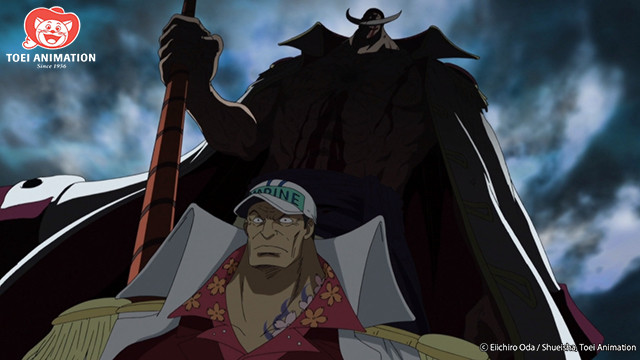 After killing Ace, Akainu pursues a borderline comatose Luffy. And while pals like Jimbei and Marco attempt to hold the Admiral back, all hope seems lost until Whitebeard shows up and dismantles him. If you want to know the level of pure beat down that goes on here, at one point Akainu tries to throw a jumping spin kick at the Emperor of the Sea and Whitebeard simply clotheslines him out of the air and sends him tumbling across Marineford. Like, Akainu is powerful, but if I was a Marine, I'd never be able to look at him the same way after this. It's like if you were a kid and you grew up thinking that your Dad was the strongest jerk in the universe and then some senior citizen pulled into the driveway and beat him up in your lawn.

The satisfaction that came from watching Whitebeard thrash Akainu doesn't stop, because soon Blackbeard wants a piece. And though his Devil Fruit powers are initially troublesome to Whitebeard, pretty soon ol' WB had him pinned down as Blackbeard screamed for mercy. But he didn't get any, because that's what happens when ya suck. 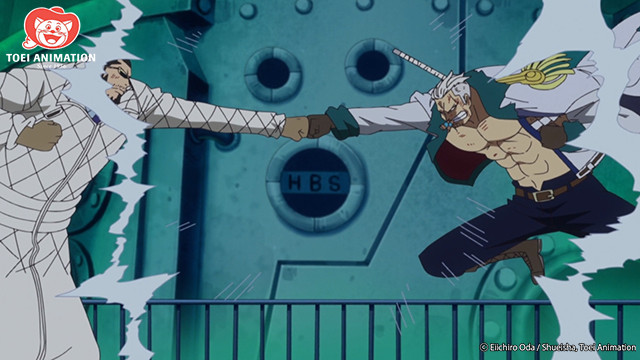 A good handicap match is always welcome, and so is seeing Law and Smoker get to show off their skills. The climax with Law slicing through Vergo and most of Punk Hazard was cool, but my favorite parts are all of Smoker's flying fists, which is probably my favorite of his moves. With his cruelty and his extreme skill in Armament Haki, Vergo was quite the opponent, and in order to put him down, Law had to literally cut him to bits. RIP Vergo. Hopefully where ever you go is full of delicious food that can then get stuck to your face. 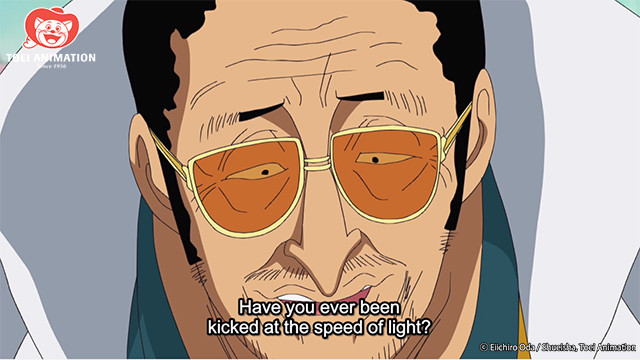 You know when you're playing something like The Witcher III and you decide "Eh, I'm gonna hold off on looking for my wife for a bit and just head into this forest over here" and you end up running into a monster that ends up clawing you to death as you swing your pathetic sword in futility? That's kinda how I imagine the Worst Generation felt coming to Saboady. They all had bounties of over a hundred million berries and were probably feeling pretty good about themselves until Kizaru showed up and tore through them.

Oh, and the Pacifistas probably weren't very fun to deal with either. I just love the fact that One Piece creator Eiichiro Oda introduced a parade of high-level peers for Luffy and then had an even stronger boss show up immediately after and nearly cream them all. 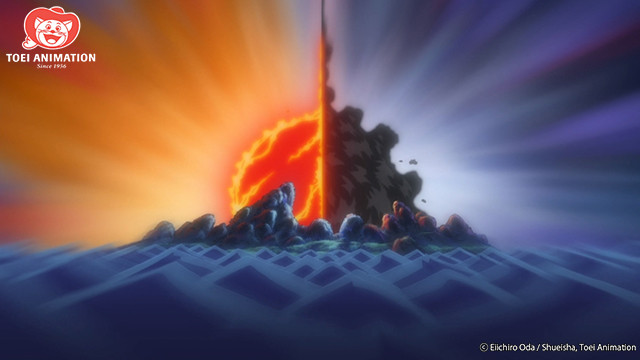 The Straw Hats declaring war on the World Government in Enies Lobby is an important moment, but just as important is Ace finding Blackbeard and fighting him, thus setting off a chain of events that would lead to Luffy going through Impel Down, invading Marineford and then promising to get stronger in a way that would make him a competent captain in the New World. In short, this fight is kinda the whole reason that Wan Pisu is the way that it is.

What are your favorite One Piece fights that don't include any members of the beloved Straw Hat Crew? Who is your favorite non-Straw Hat combatant? Let me know in the comments!