Why Rock Lee Might Be The Most Important Character In Naruto

He's 'Our Boy' for a reason 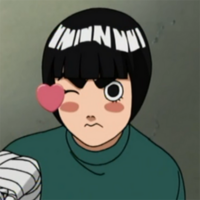 Tasked with creating a team of superheroes that could rival the popular Justice League of America in 1961, Stan Lee  — who served as Marvel Comics Editor in Chief at the time — said this about his motivation:

"For just this once, I would do the type of story I myself would enjoy reading ... And the characters would be the kind of characters I could personally relate to: They'd be flesh and blood, they'd have their faults and foibles, they'd be fallible and feisty, and — most important of all — inside their colorful, costumed booties they'd still have feet of clay."

This mindset would lead to the birth of the Fantastic Four and eventually many other famous Marvel characters. And while it's an origin story that's been heavily challenged by a few of Lee's peers, it doesn't take away the power of the message. What if our heroes were more like us and less like the buff, flying motivational speakers in the Justice League at the time? It's this ethos that has provided us with some of the most memorable characters in pop culture: Spider-Man, Harry Potter, and even Izuku Midoriya from My Hero Academia. But most importantly here, it's also given us our boy, Rock Lee from Naruto. 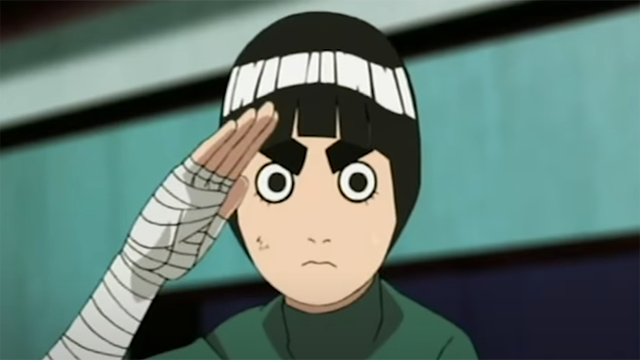 Now, I can't claim that Naruto creator Masashi Kishimoto saw this specific quote and used it as his guiding light. (Though fun fact: Kishimoto is a huge fan of Spider-Man, included references to the 2002 Spider-Man in Boruto: Naruto the Movie, and even did an interview with Sony Spider-Man producer Avi Arad to help promote The Amazing Spider-Man 2.) But he certainly seems to have a similar feeling when it comes to creating Rock Lee. Not only was Lee his favorite Naruto character to draw, but Kishimoto has even stated that Lee symbolizes "human weakness."

That's important because, as Lee basically said in his quote, human weakness is what makes a character relatable. Naruto has that — a prodigal son that is often undone by his energetic nature and over-enthusiasm. Sasuke has that, too — a talented student conflicted over his choices and his emotions. But Rock Lee? Rock Lee is nothing but human weakness applied to ninja aspirations. He can't use ninjutsu and genjutsu, and instead has to rely on taijutsu which is based around the user's own physical and mental skills. He can't use chakra in the same way that many other ninjas can, and so, many see him as destined to fail from the onset. Rock Lee is "weak" and thus Rock Lee is relatable — possibly the most relatable character in the franchise.

It's why we explode in enthusiasm when he drops the weights in his fight against Gaara in the Chunin Exams. It goes beyond being a simple hype moment and turns into the kind of joy we feel whenever we see an actual, real-life friend accomplish something huge. Very rarely in life do we feel like we have an immense upper hand in any situation. Other people will always have more money or more resources, so all we can do is keep kicking that tree, training, and hoping that we get strong enough to even the playing field. 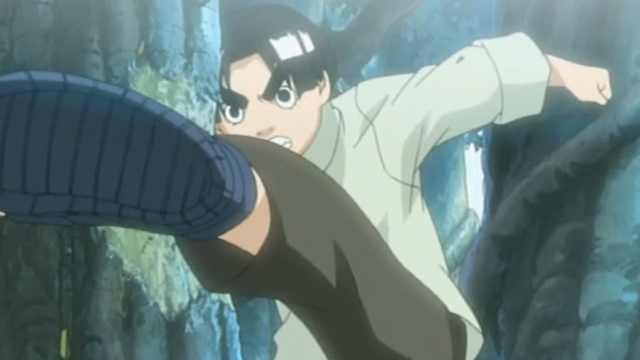 Rock Lee, optimistic, kind, and quirky, also has a personality mold that is much easier to fit into than, say, Naruto's. You can find aspects of yourself in Naruto, but I imagine very few people find a 1:1 comparison with his character. But anyone that's simply tried to be nice and honorable and has put a lot of effort into achieving a goal can see themselves in Rock Lee's shoes. I'm not gonna say that someone like Gaara represents "society," because I don't want to take this metaphor horse and ride it off the cliff, but when we see the fruits of Rock Lee's labor as he speeds around and lands hits on a befuddled Sandman opponent, deep down we know that OUR BOY has done good. Rock Lee is one of us.

Rock Lee also helps to diversify the ninja landscape of Naruto, especially in the early goings. Too often, when a bunch of magical or powerful people are introduced in a story, it becomes quickly apparent that a series is gonna focus on one of them (or maybe two, if we're lucky) while the rest of the cast is there to clap and possibly weep. But Rock Lee raises numerous questions (He's stronger than Sasuke! Who else could he take on?) and generally makes things more interesting. Plus, his absolute devotion to the teachings of Might Guy makes him a great contrast to someone like Sasuke or even Naruto — guys who seem destined to somewhat shrug the lessons of their masters and eventually carve their own paths. 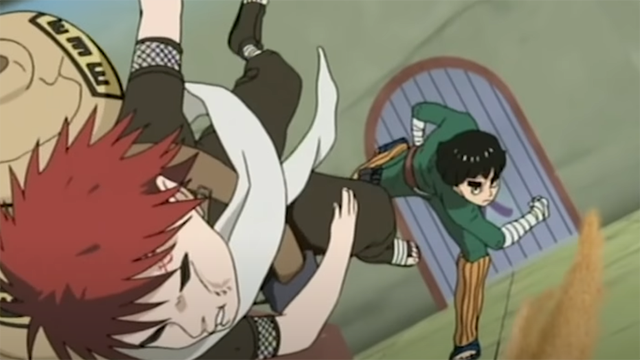 Rock Lee is important because Rock Lee is human. He's one of the closest things that we have to an audience surrogate in Naruto, and fans have always remained especially invested in watching him grow. In short, he's an amazing addition to the cast and one of the things that made Naruto an enduring classic.

What is your favorite Rock Lee moment? Which Naruto character do you relate to the most? Let me know in the comments!

For more check out: QUIZ: Which Naruto Villain Are You?

QUIZ: How Well Do You Really Know Naruto's Itachi Uchiha?