Who Are the Best 'Bad' Teachers of Anime?

It's time to get educated about these unlikely homeroom heroes! 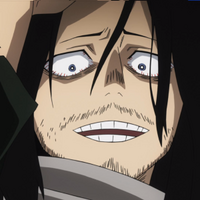 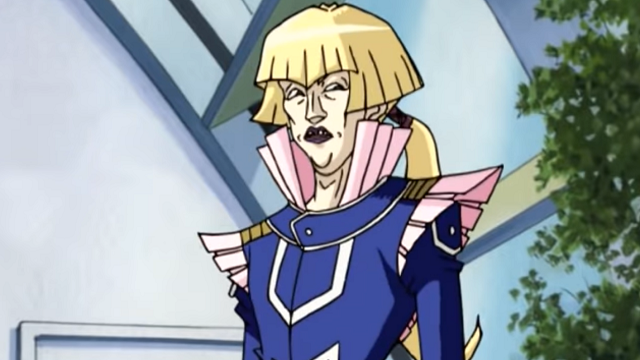 What makes a “bad” teacher? Is it someone who can’t connect to their pupils? Doesn’t understand their subject matter? Or just someone who's super lazy? Depending on who you ask, it all really just might be a matter of perspective — or perhaps a stroke of untapped genius. With so many anime taking place in schools, it’s no surprise that there are just as many colorful teachers as there are students. These sometimes misunderstood classroom superstars might not embody the traditional educator model, but one thing is for certain this Teacher’s Day: They’ve all managed to score an A+ in our heart regardless of their eccentric ways.

All’s Fair in Love and War 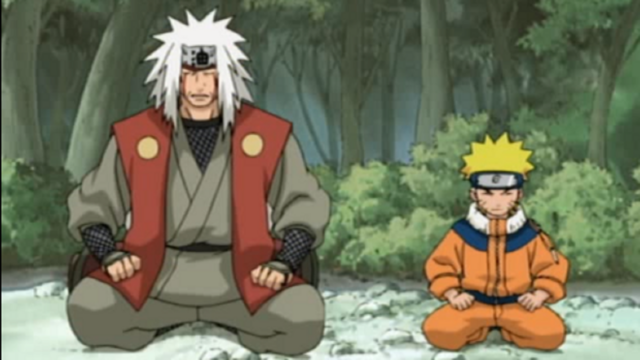 Jiraiya and Naruto begin their training

One of the Leaf Village's finest, Naruto’s Jiraiya is a man who needs no introduction. Of the three Sannin, Jiraiya takes our understanding of mentorship to a whole new level. When you think of your favorite teacher, you probably don’t picture their wild side. A proud pervert like Jiraiya certainly doesn’t fit that traditional image — because he’s definitely everything but your typical instructor. Jiraiya, despite being someone you might not want to bring a parent-teacher meeting, doesn’t mess around when it comes to training his pupils into the best shape possible. Business, after all, always comes after pleasure. 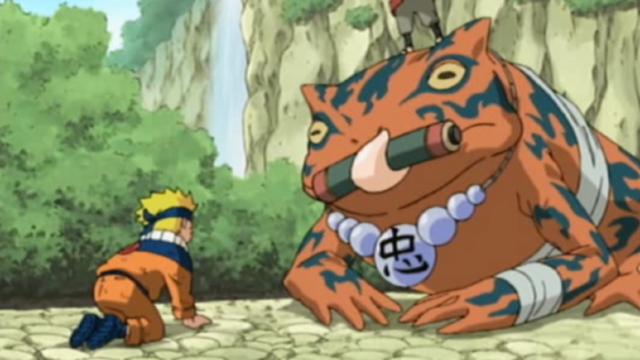 After his legendary encounter with the powerful ninja Hanzō in the Rain Village, Jiraiya was approached with his first pupil: a young boy named Nagato. For Jiraiya, this would spell both the beginning of his teaching life, and many years later, the painful end. Jiraiya, of course, would go on to mentor Minato and his son Naruto during his journey to tame the power of the raging Nine-Tailed Fox inside of him. Of Jiraiya’s many lessons, one of the first remains the most memorable: teaching Naruto his legendary Summoning Technique. But before Naruto can even jump that hurdle, he first must learn his most important lesson yet — the power of concentration, failure, and unending perseverance. Having seen both the best of people and the gruesome realities of war, Jiraiya has shown us what a truly inspirational teacher looks like: someone who never gives up on you and expects the very best, not just on the battlefield, but in your heart.

Hang in there, baby! 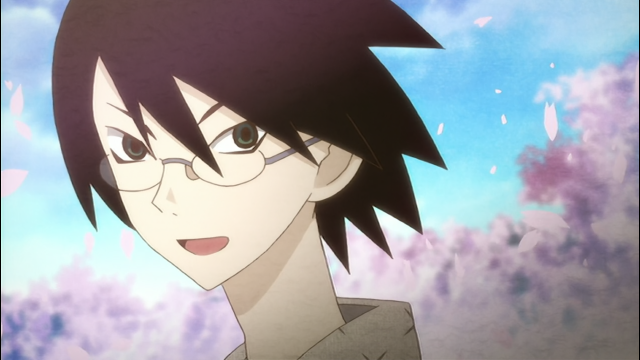 "I was fully prepared to die!"

Some teachers are tied up in their careers. Others are tied up in an entirely different way. Sayonara Zetsubou-Sensei’s Nozomu Itoshiki is one such hopeless teacher. One spring day he attempts to hang a noose around his neck before one of his students saves the day — forever sealing his high school educator fate. Mister Nozomu is a man with an extremely bleak outlook on life and is almost always ready to kick the bucket on a moment’s notice. Fashioning himself as a realist, Nozomu isn’t too shy to talk down to his kids, nor remind them that death is all coming for us. Nozomu is based on the main character Ōba Yōzō from the classic Osamu Dazai novel No Longer Human, a personal favorite of Zetsubou-Sensei artist Kōji Kumeta. Like Dazai’s character, Nozomu had become so disillusioned with society that he’s taken it upon himself to let the entire world know. Nozomu isn’t exactly a “bad” teacher by trade — but he definitely isn’t espousing the beauties of your high school years, either. 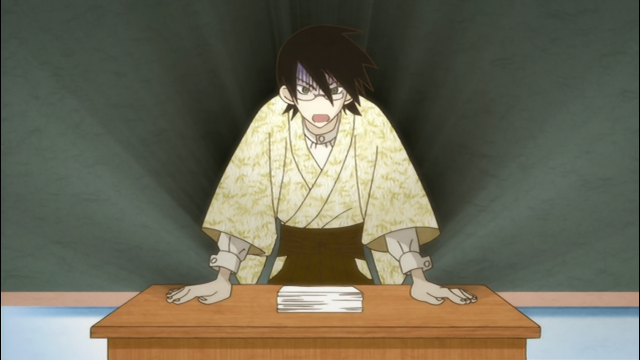 On the first day of class, Nozomu passionately asks his students to fill out "despair surveys"

But what’s a teacher without his students? Nozomu’s colorful class includes students eager to pin animal tails on his behind, a hikikomori, phone addicts, a chronic tsundere, and a radical perfectionist. Even on his best days, Nozomu’s homeroom resembles something like a zoo rather than a proper place of learning. And yet somehow, despite field trips and haywire lessons gone wrong, Nozomu still manages to stick by his students and their wacky ways until the very end. He may in fact, actually be the nihilist saint we need today.

Welcome to the School of Hard Knocks 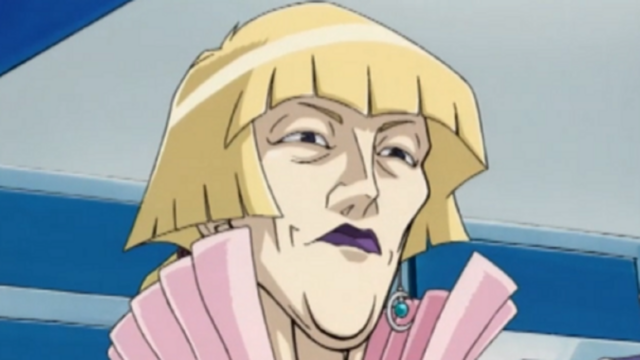 "...and have fun at Duel Monsters Community College!"

Professor Vellian Crowler of Yu-Gi-Oh! GX fame would like to remind you he has a PhD in dueling and he worked very hard for it, thank you. Among the many faculty members teaching at the prestigious Duel Academy, no other teacher strikes fear into the heart of Obelisk Blue students like Professor Crowler himself. Best known for his brutal Ancient Gear deck, Professor Crowler doesn’t hesitate to go all out during duels to assert the pecking order. Whether he always wins or not, of course, is an entirely different story — especially if your name is Jaden. 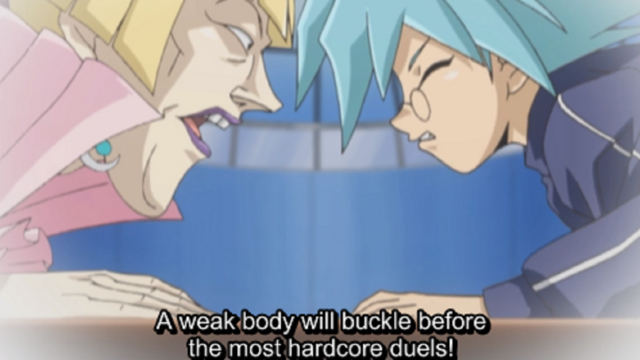 To call Professor Crowler unorthodox would be an understatement. In fact, it wouldn’t be too outrageous to call him a bully at his worst behavior. Going so far as to almost sabotage many a student’s Duel Academy career, Crowler has had his truly awful moments. However, toward the end of Jaden’s studies at Duel Academy, Professor Crowler undergoes a much-needed change of heart. Maybe having your spirit possessed by a vampire Shadow Rider does that to you. Or maybe it was when he was spirited away into another dimension and stripped of his winning deck? Or maybe it’s just tough love and good old-fashion character growth. For all his “bad" behavior, Professor Crowler successfully shifted his focus to being a career advisor after being promoted to Duel Academy’s flamboyant vice-principal. Regardless of all the flack he’s given his pupils, Professor Crowler shows unwavering support for their transition into the professional world of dueling. Like every teacher hard on their students, Professor Crowler wants you to believe in your dreams — whether you know it or not. But only if you got enough grit to last. 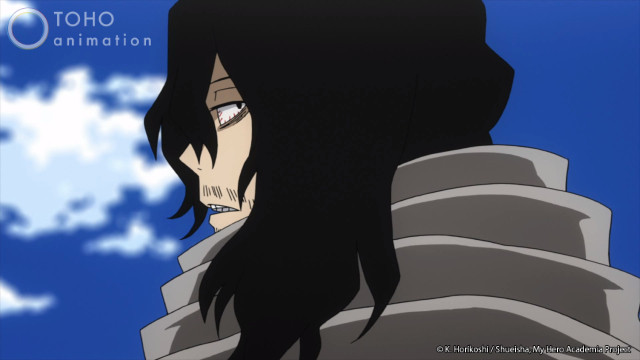 "U.A.'s selling point is how unrestricted its school traditions are. That's also how teachers run their classes."

My Hero Academia’s Shota Aizawa, also known by his hero name Eraserhead, is the only teacher on this list for whom “no sleeping in class” doesn’t apply to. Shota doesn’t immediately give off the best impression that he’s interested in his students. Famous for once failing an entire class of hero hopefuls in the past, it almost seems like a cruel joke that anyone would end up with him as their instructor. But don’t let Shota’s seemingly apathetic demeanor fool you — beneath those baggy eyes and, erm, sleeping bag, is a teacher fiercely determined to see the best in his pupils. 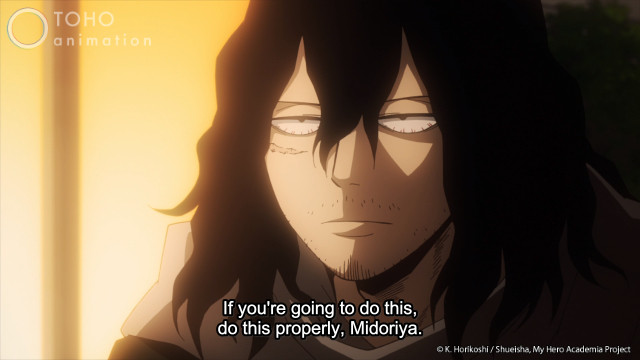 Shota doesn’t hesitate to tell his students what being a hero is all about, and most importantly, what their weaknesses are. A good teacher — for all the praise and support they give — also needs to find the places where you’ve yet to grow. Although that might be easier said than done when it comes to Class 1-A. Shota is hard because he has to be. Heroism isn’t for the weak-spirited. Even going as far as to defend his student’s decision to fight villains during the disastrous Kamino Incident, Shota’s proven himself as a teacher that would rather see his student thrive beyond the books. In fact, he shines brightest as a teacher outside the classroom. For example, after failing to rescue Eri, a young girl with a mysterious quirk held captive by a crime group, Izuku Midoriya and his peers meet to discuss their next plan of action. Rightfully disappointed, Izuku is practically at a loss of what to do, until Shota gives him these words of encouragement: "If you're going to do this, do this properly, Midoriya." Shota isn’t just raising heroes strong enough to work for agencies or save the day for views. Like the greatest “bad” teachers that ever were, Shota teaches us that in order to learn our hardest lessons we must be ready to get hurt and stand right back up again.

Did we miss out any of your favorite "bad" teachers? What's the greatest lesson you've ever learned in an anime classroom? Let us know in the comments!

Blake P. is a writer who would actually love to earn a Ph.D. in dueling. He likes old mecha anime, computer games, books, and black coffee. His twitter is @_dispossessed. His bylines include Fanbyte, VRV, Unwinnable, and more.