My Next Life as a Heroine: Shoujo Stories Come Back to Isekai

Female leads are back in modern isekai, and they're making very different journeys 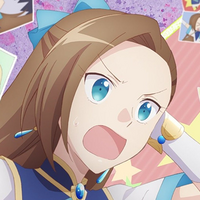 Whether by name or just in concept, the isekai genre has been a part of anime and light novels for decades. Its boom in recent years has turned it into a very different genre, but recent shows are slowly bringing it back around to more familiar territory. As new anime series present more and more female characters finding themselves reincarnated into bizarre worlds, we're seeing a shift in what that journey means. 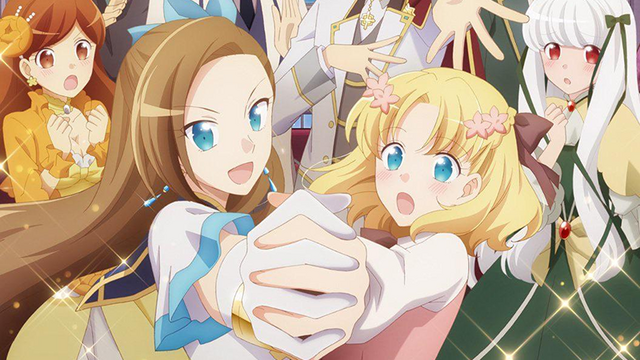 Whether they return as villainesses, overpowered nobles, or giant spiders, the girls of modern isekai are making the genre their own. But what will their experience be as compared to their smartphone-having, semi-demonic, and occasionally cursed male counterparts — or even as compared to the heroines of the '80s and '90s? 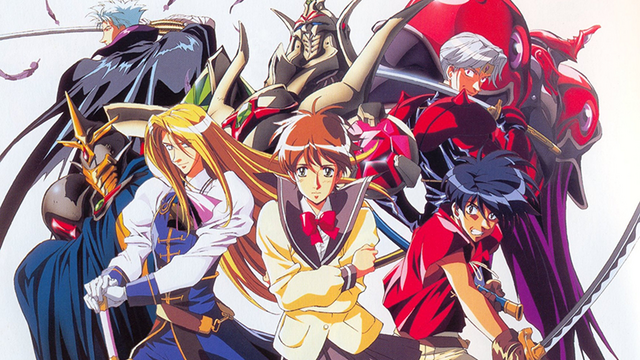 While it feels like the isekai genre as a whole is very new, it's been around for decades. Yoshiyuki Tomino's 1983 series Aura Battler Dunbine was one of the first, if not the first, of its kind in anime. This would be followed by more sidesteps into fantasy worlds, often by high school girls: The Vision of Escaflowne, Magic Knights Rayearth, Fushigi Yugi, and Inuyasha are all examples that stand out as memorable anime in general, let alone memorable isekai.

It wasn't until the early 2000s that the genre's current definition started to evolve. With or around Sword Art Online (whose original light novel iteration began in 2002), isekai solidified as something new, with thematic elements spreading past the literal "other world" definition. By the 2010s, we had a fairly solid picture: the protagonist was usually male (though how he ended up once in the other world was up for debate), usually gifted with some special magic or tech, and sometimes at an advantage as the new world he traveled to was either game-like in nature or resembled a specific game he was good at. Bonus points if he got there by reincarnation — double bonus points for having some kind of vehicle involved. 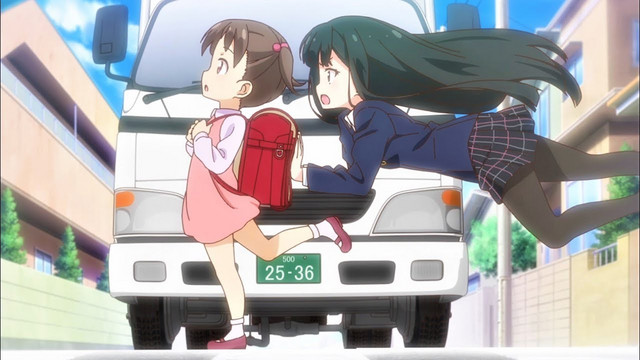 Once he got there, there were a number of routes our hero could take: try to get home, stop an eternal evil, improve society, or choose his Best Girl. More often than not, it's a blend of more than one of those. And in some cases, he doesn't opt for any of them and goes straight for Ultimate Power.

While the concept itself is open to interesting stories, subversions, or general mucking about, the market was also saturated. There came a point when, in 2016 and 2017, two unconnected light novel competitions put the kibosh on isekai entries. A genre can be full of good stories while also being full of very similar stories, after all.

But avid light novel readers know that there are plenty that stepped outside this mold — it's just taken anime a bit to catch up.

The Girls Are Back in Town 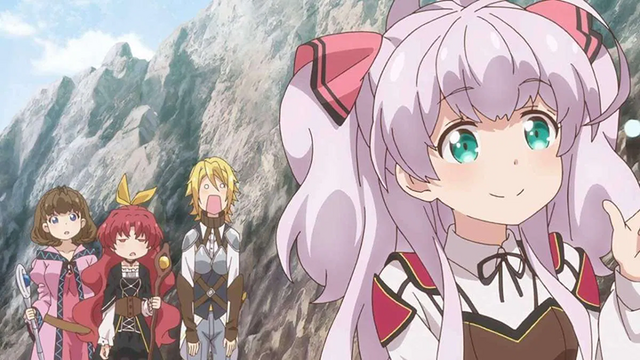 While anime adaptations might lead one to believe that all isekai series were male-led, there were plenty of ladies being reincarnated into other worlds even before market saturation. Relatively new series like Didn't I Say to Make My Abilities Average in the Next Life? have existed in light novel form for years with a healthy fanbase. They just didn't make it to anime format until recently.

Dimension-hopping heroines like Mile, Catarina of My Next Life as a Villainess: All Routes Lead to Doom!, and Main of Ascendance of a Bookworm have a lot in common with their male counterparts of the recent isekai boom. They're all of a somewhat geeky bent, and they all have something that sets them above and beyond the residents of the new world in which they reside. In Mile's case, that's literal power. For Main and Catarina, it's pure knowledge.

This is where the similarities start to fall off, though. For the new heroines of isekai, their goals in this new world tend to be relatively different. The results as they pursue these goals are unique, too — whether they intend it or not. 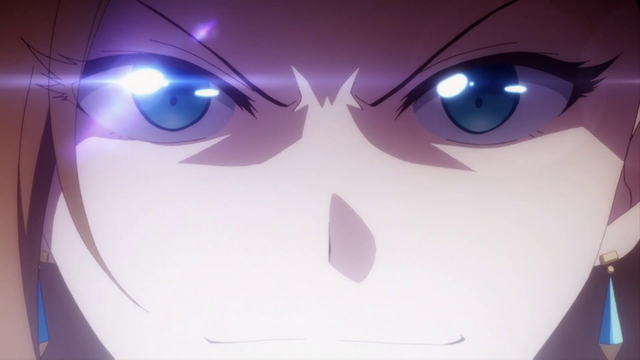 There's another major similarity among these three heroines — again, whether they know it or not. In their past lives as Japanese high school girls, they were pretty lonely. Mile verbalizes it, but it can be implied with Catarina and Main, as well. Catarina only speaks of one friend, and her interactions with others don't reflect a lot of experience with socializing, and Main spent all her time with her massive collection of books.

Each has a specifically laid-out problem in their new world: changing their fate, trying to make friends, or just finding some books to read — but everything starts out as some form of loss. Mile outright states a desire for friends and a regret at not making time for them in her previous life. That's how her whole mess starts — she believes that being exceptional is the cause of her loneliness, and if she can just be "average," she can get what she never had before.

Similarly, Main and Catarina are motivated by fear of loss. The former was just about to achieve her dream of being a librarian and it literally killed her. Now she finds herself in a medieval world where the lower classes barely even know what written words are. Catarina, on the other hand, finds herself in the role of the ill-fated rival in her favorite romance game. Once her memory comes back, her only goal is survival, and every decision she makes is motivated by fear.

Meanwhile, as they're attempting to hold their new lives together, they actually are achieving their dreams ... often in spite of their own hang-ups. 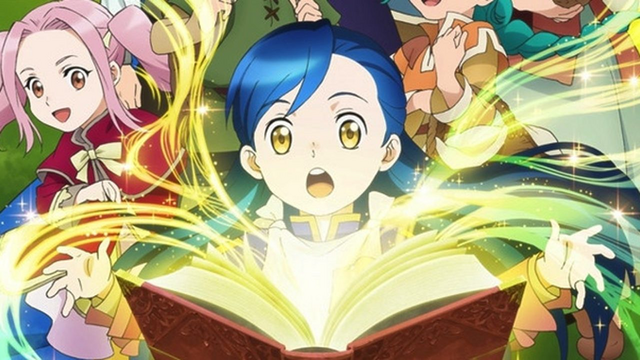 Main is probably the most self-aware of this trio of heroines, in large part because she has one fairly uncomplicated goal: she wants books. Lots of books. Anything that helps her toward that goal is a bonus. If she happens to introduce improved hygiene and literacy to her fellow other-world residents, all the better. But as she's working toward said goal, she finds more and more things to live for: friendships, family, improving the world around her, and helping others less fortunate. Her wish has a ripple of side effects, all enabled by her drive to make that wish come true.

With Mile and Catarina, their goals are much more personal and emotional. The former wants to be normal because she thinks that's her only hope at friendship. She is, without a doubt, extraordinary: a misunderstanding of her wish made her decidedly extraordinary, a mistake she believes she must counteract constantly. And as she obsesses over making sure her party doesn't need her to carry them, she makes their lives better. Catarina, too, is so obsessed with cutting off all potential bad endings. But doing so means increasing her skills and being really nice to everyone in her life so they don't become bitter toward her.

In the end, and even with their respective problems — Main's illness, Mile's maxed-out powers, and Catarina's fate — they're all building happy lives for themselves and the others around them. Will they notice? Main seems to. Mile is getting there. Catarina is still ... pretty dense. But even without grand goals of romance or revitalization, these new heroines are making the most of their next lives. 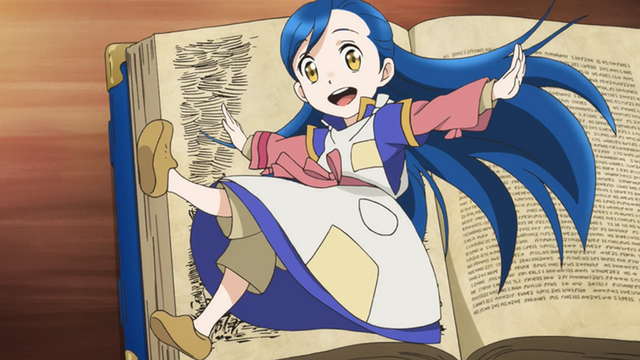 The first wave of isekai heroines lived lives of adventure, intrigue, and romance — with the promise of either a way home or a love they wouldn't want to leave behind. In the era of reincarnation isekai, the second wave of heroines is exploring a much more personal path than either their male or female predecessors: regrets, forgotten dreams, and friendship. And, fortunately for all of them, they're all doing much better than they realize.

Who's your favorite classic isekai heroine? Which shows are you most excited to see continue? Let's keep the shoujo isekai love going in the comments!

Tags
isekai, my next life as a villainess: all routes lead to doom!, ascendance of a bookworm, didn't i say to make my abilities average in the next life?
« Previous Post
These Retro-Themed Studio Ghibli Glasses Will Have You Sipping in Style
Next Post »
Anime-Inspired Action-RPG Zengeon Heads to Consoles This Year
Other Top News
23 Comments
Sort by: