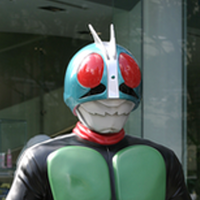 For fans all across Japan, Sunday mornings have long been Kamen Rider and Super Sentai time. The latter is well known to Western fans thanks to the Saban Entertainment version of the show, which took the original’s monster fight scenes and cut them with footage of American actors and released it in the U.S. as Power Rangers.

Kamen Rider received the same Saban treatment and was released in the states as Masked Rider (1995–1997), but for whatever reason, the adventures of the grasshopper-looking, super-strong, super-fast superhero never really caught on the way the Rangers did. This may soon change, though, thanks to streaming services like VRV, which is bringing the Kamen Rider shows to Western audiences. But after being out of the loop for five decades, newcomers to the series will rightfully have a lot of questions before deciding whether to give Kamen Rider a go or not. We will attempt to answer some of them.

Who Is Kamen Rider? 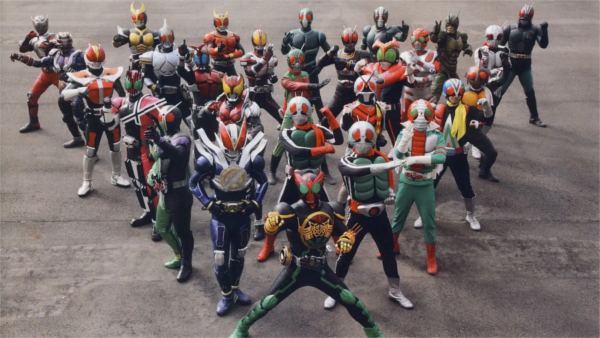 Well, that’s the thing, there isn’t just one Kamen Rider. There are currently 128 of them spread across 31 shows and a dozen or so movies, some of which crossover in significant ways while others are mostly stand-alone productions. However, while most Riders are unconnected to each other, they all share certain similarities. Near every Kamen Rider is a human endowed with amazing powers via one of your typical superhero origins: some are cyborgs, some wear power suits, some are magic users, one is technically a zombie resurrected by “Earth Spirits.” Stuff like that.

The main Riders’ job is to save the Earth from threats that include everything from terrorist organizations to aliens, time-travelers, or ghosts. They also do this while wearing armor costumes and helmets equipped with bug-like eyes, with the overall insect theme being something of the characters’ most recognizable feature. Except during Kamen Rider Amazon when the show briefly experimented with a lizard motif. It thankfully didn’t last long. 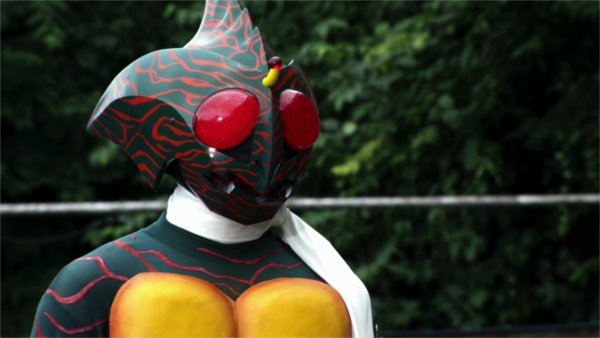 This is actually where the genius of the character’s vague name really comes through. By going with a name as generic as “Masked Rider” (the literal meaning of “Kamen Rider”) the show doesn’t restrict itself to any particular theme, tone, or setting. As long as you have a character that is masked and maybe occasionally rides a motorcycle, you have yourself a genuine Kamen Rider experience.

How Did it All Begin? 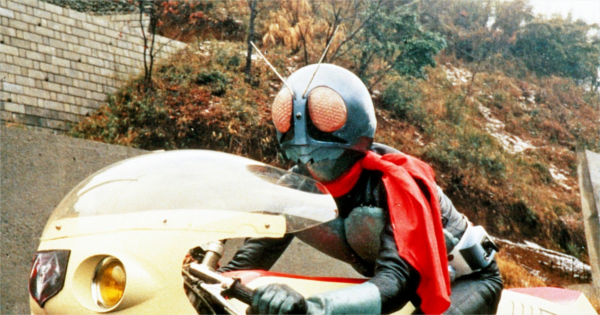 The first Kamen Rider debuted in 1971 and told the story of Takeshi Hongo, a brilliant biochemist and motorcycle enthusiast who gets kidnapped by the evil organization Shocker and turned into a cyborg soldier. Before they have the chance to brainwash him into becoming a mindless killing machine, though, Takeshi escapes and starts trying to dismantle Shocker as the masked superhero Kamen Rider.

Another thing you should know about the character is that he was also wind-powered. Yeah, all his super strength, speed, and agility were all activated via a turbine in his “Typhoon Belt” which Takeshi needed to kickstart with a gust of wind, usually from riding his bike. Hey, they needed to justify the “Rider” part of the character’s identity somehow. The first series might appear a bit goofy (we didn’t even get to the part where Takeshi is supposed to have an IQ of 600), but there’s a kind of endearing quality to it. Those who love older sci-fi shows like the original Doctor Who or Star Trek are sure to get the same vibe from the original Kamen Rider.

It was also this incarnation that introduced the idea of having different Riders in the same show, which allowed the franchise to grow so much over the years, but the original’s legacy was never forgotten. For example, the newest Rider, from Kamen Rider Zero-One (2019-), sports a distinct grasshopper theme that’s a tribute to the Hongo character. Although his powers come from something much more realistic than the wind. He actually gets his weapon arsenal from an orbiting satellite where he also uploaded and enhanced his mind to learn how to become Kamen Rider Zero-One in seconds. See? Much more believable.

So Where Should I Start? 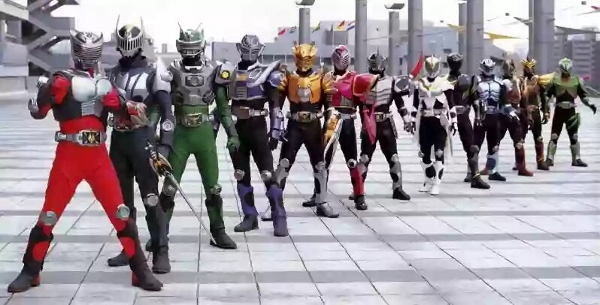 The first five Kamen Rider shows (Kamen Rider, V3, X, Amazon, and Stronger) are kind of a package deal. They have a lot of references to each other and are all tied together by the mentor character of Tobei Tachibana. Thematically, Amazon is the only odd one out of the entire group because of its inclusion of magic and its storylines. But besides that, the first five shows are almost one continuous story about the rise and fall of Shocker and all the revival evil organizations that came after it like Destron or the awesomely-named Black Satan. So a good place to start is actually at the very beginning with the original Kamen Rider, and if you don’t like it, there are a few other places you can try.

Kamen Rider Black (1987–1988) was an early attempt to wipe the slate clean and introduce a Rider that didn’t come with homework. This series once again features a cyborg character, only this one battled a mysterious cult commanded by an “ultimate evil” called the Creation King, perfecting the mix of fantasy and sci-fi that would come to define many later Kamen Rider shows. The sequel series, however, once again veered into a shared Rider universe and might seem too convoluted for casual viewers. Fortunately, once we get into the Heisei era (1989–2019) Riders, things do calm down a little bit.

Starting with Kamen Rider Kuuga (2000–2001), most shows can be enjoyed as stand-alone productions, even if they do have nods to previous incarnations and a crossover or two in the movies. Which Heisei Kamen Rider show to go with really depends on what you are into because most of them are about its One Thing — a main theme that inspires the look of the Rider, its enemies, the storyline, everything. You like cars? Then Kamen Rider Drive is just the show for you. 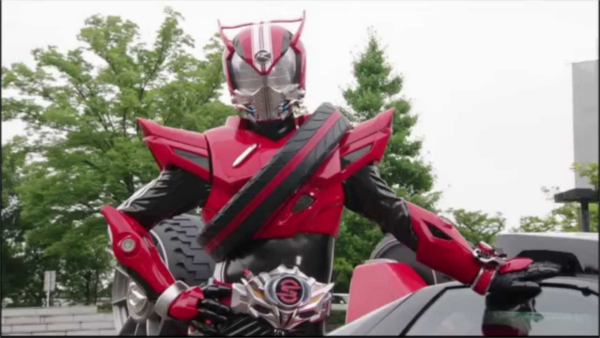 You like Japanese mythology? You’ll love Kamen Rider Hibiki. In the mood for time-traveling trains? Check out Kamen Rider Den-O. Into spaceflight and rockets? All 48 episodes of Kamen Rider Fourze are waiting for you. Do you, for whatever reason, want to see Kamen Rider with a Fruit Samurai theme? Then the universe loves you because it has allowed Kamen Rider Gaim to exist. Whatever you’re into, there’s a chance that there’s a Rider show out there especially for you, and the vast majority of them can be enjoyed straight out of the box. So do some Googling, pick a show, and see why Japan has been in love with these masked superheroes for half a century.

Do you love Kamen Rider? Which series is your favorite and why? Which show would you recommend to newcomers to the show? Let us know in the comment section!