The Best of Both Worlds: My Next Life As A Villainess and the Ultimate Bisexual Power Fantasy

My Next Life As A Villainess: All Routes Lead to Doom! hides a compelling tale explaining why it can be so liberating to love, well, anyone! 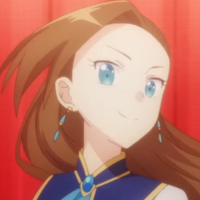 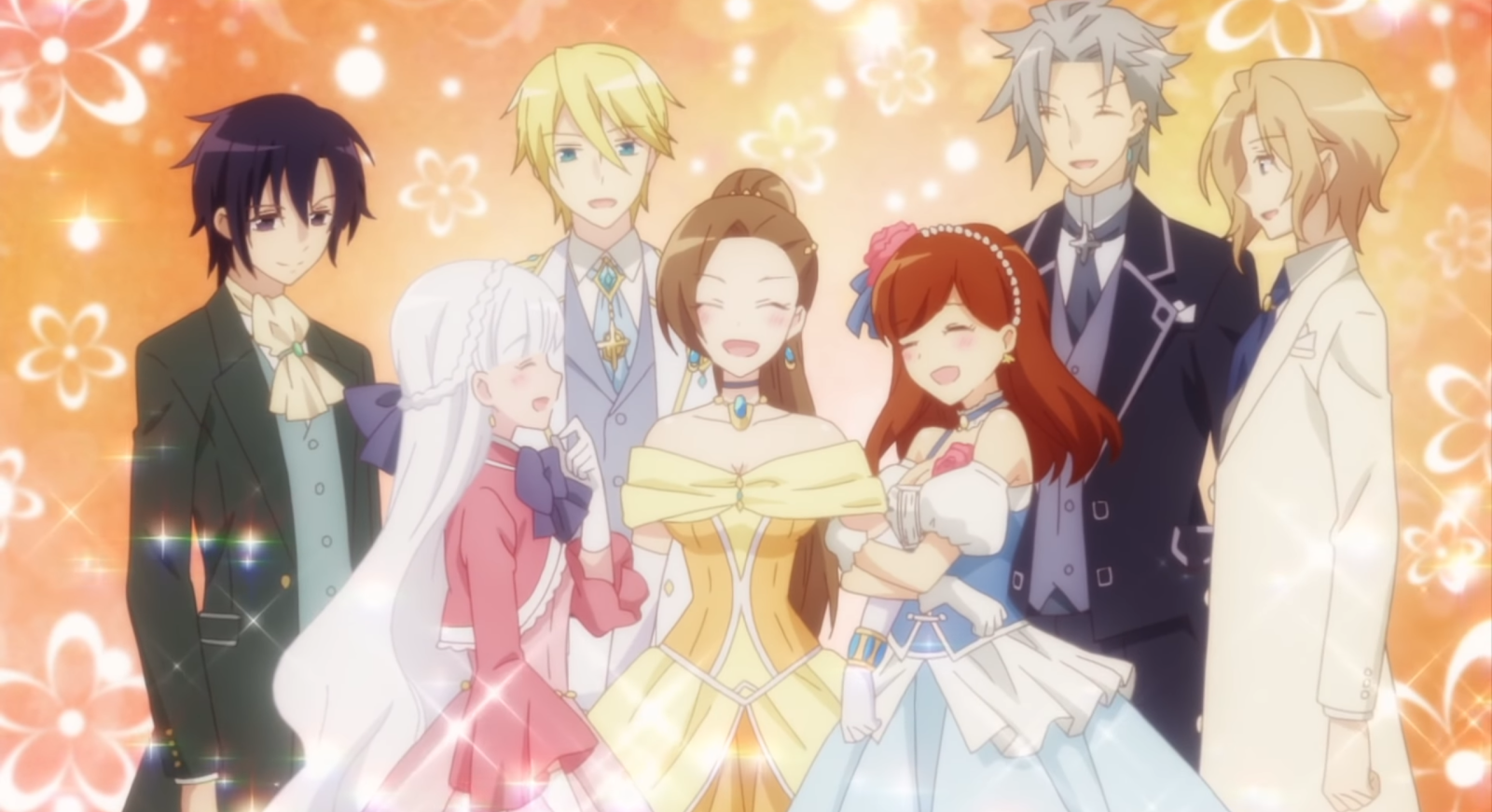 One of the most common questions I get asked as a bisexual is, "How do you know which one you're into more? Is it like a phase of sorts, where sometimes you're into men, but then later you're into women?" or "So once you start dating someone, it kind of just stops, right?"

Misunderstandings about bisexuality are common. After all, we live in a society where individuals choose another as their significant other and settle down. More often than not, that significant other turns out to be someone of the opposite gender. It's not surprising that to most, the concept of liking two genders is bizarre, and how that intersects with longterm relationships and marriage. Even as bisexuals, we're often confused by how we should navigate into this world. We, somewhere down the line, have to choose one gender and be happy with the sacrifice.

My Next Life As A Villainess: All Routes Lead to Doom! (HameFura for short) can be easily categorized as a reverse harem, a slice of life-like comedy, and a fun isekai. It's all of those things, as well as being a smart uptake on the structure of an otome game. But to me personally, it's fun, exciting, and wonderful for all of those reasons — but mainly for it being an enticing bisexual fantasy. Where the permanent end of choosing one is forsaken in favor of choosing anyone. Or rather, in this case, everyone. HameFura is a delightful comedy about a young girl named Catarina, born into the prestigious Claes family, who trips on herself and is suddenly struck with the realization that she was an otome gamer in her past life and has been reborn into the last game she was playing before she passed away: Fortune Lover. But instead of being reborn as the heroine, who gets to choose one of many dashing suitors, she's instead born as the villainess and is fated to either die at the hands of her lovers, or be exiled from the kingdom. Struck by fear or her impending doom, Catarina begins taking active measures to thwart any of these routes from happening at all costs. Whereas most would use their intelligence, power, and prestige to prevent these circumstances, Catarina uses empathy, wit, and charm, and instead ends up seducing every single one of the characters in the game.

Much of this sounds like a reverse harem story, and it is: Villainess is ultimately about how Catarina hilariously ends up getting everyone to fall for her. I found myself personally bewitched by how easily she gets the cast to become enamored with her charming looks, kind smile, and confident tactics. But what I found even more interesting was how HameFura coded the romantic attraction from male and female characters alike — that Catarina would help aid her childhood rival Alan get over his need for attention, much in the same way she would help Sophia get over her insecurities with her self image and dependency on her brother. Even more interesting was how both Sophia and Alana (and many others) would come to perceive Catarina: not just as a friend, or a sister, but as someone they romantically had feelings for. Catarina treated everyone equally, and so, in return, they all fell for her equally. 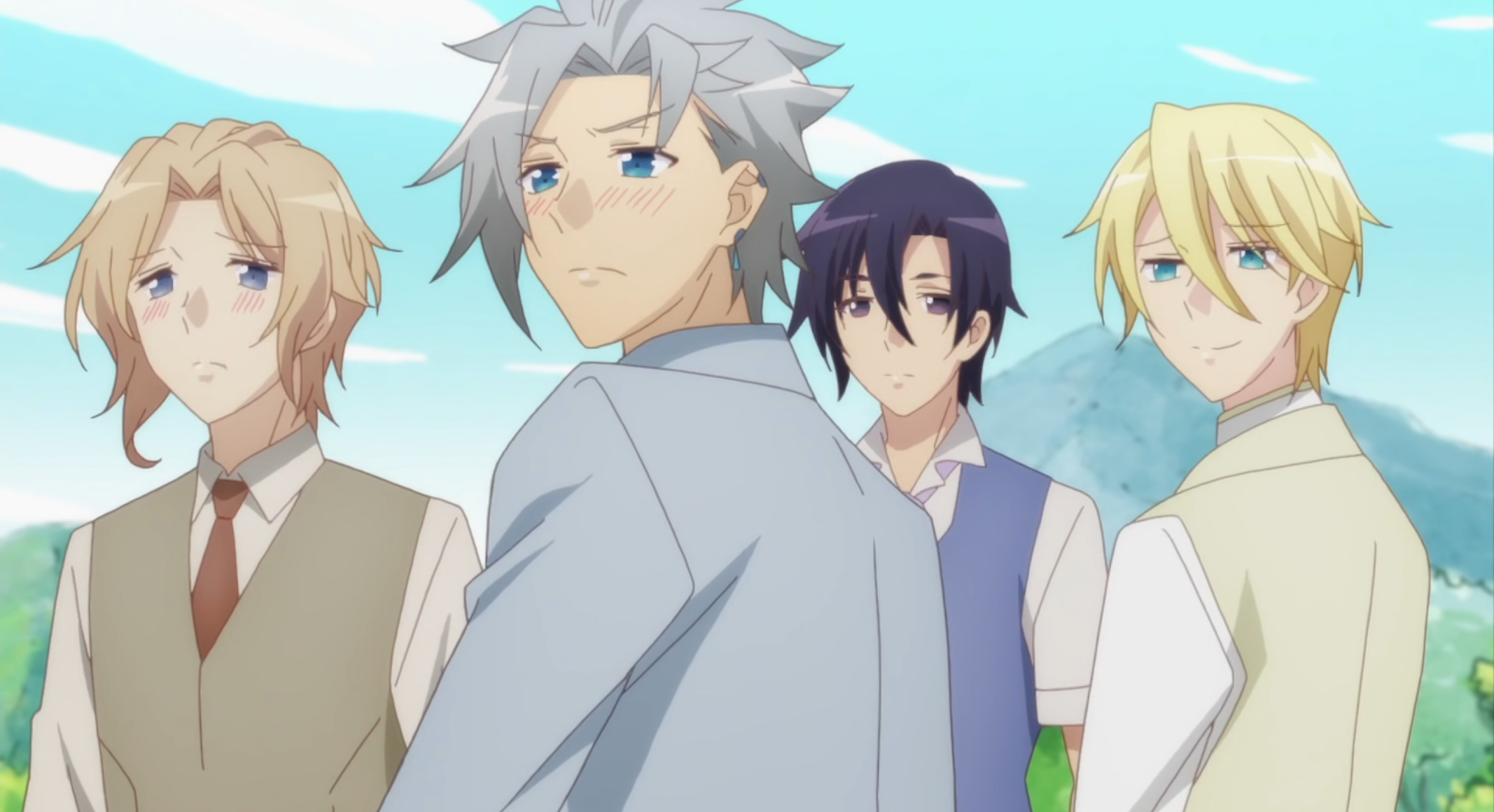 By laying down potential lovers on the board via equal terms, HameFura seemed to be making a statement: Catarina had the ability to bewitch anyone, regardless of their gender. She was a bisexual power fantasy incarnate. Not only that, but Catarina, in breaking the otome system that forces a player to choose one person to be with by the end of the game, seemed to be making even more powerful of a statement. Why should we choose? In the game, of course, Catarina is doomed in choosing anything because it results in her being exiled or killed. But to some extent, the same can be said about a bisexual's real life. In being forced to choose someone, we give the impression that we "give up" our love and preferences for two genders, when in reality, we never do stop being attracted to those genders.

In bewitching everyone she meets, Catarina gives us the escapist fantasy of never choosing just one person but choosing anyone. Not making a single choice, but accepting everyone as a potential partner. From a personal level, it's liberating to see as a bisexual. Preferences don't have to be a form of gatekeeping, and in the wonderful world of HameFura, preferences are a guideline to becoming a better person and getting the best of both worlds, rather than confining yourself to just one. As it turns out, you don't have to give up anything for loving either gender, after all.

How do you feel about Catarina and her many suitors? Let us know in the comments!

When not finding ways to doom all her ships, Natasha can often be found on her twitter as @illegenes, or writing more about anime on the blog Isn’t It Electrifying! Feel free to swing by and say hi.
Do you love writing? Do you love anime? If you have an idea for a features story, pitch it to Crunchyroll Features!

Tags
my next life as a villainess: all routes lead to doom, hamefura, my life as a villainess, bisexuality
« Previous Post
10 One Piece Fun Facts (If You Just Started It On Netflix)
Next Post »
Paper Mario: The Origami King Folds the World in New Overview Trailer
Other Top News
51 Comments
Sort by: