Dissecting the Art of SING “YESTERDAY” FOR ME Part Two 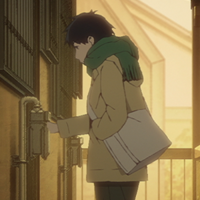 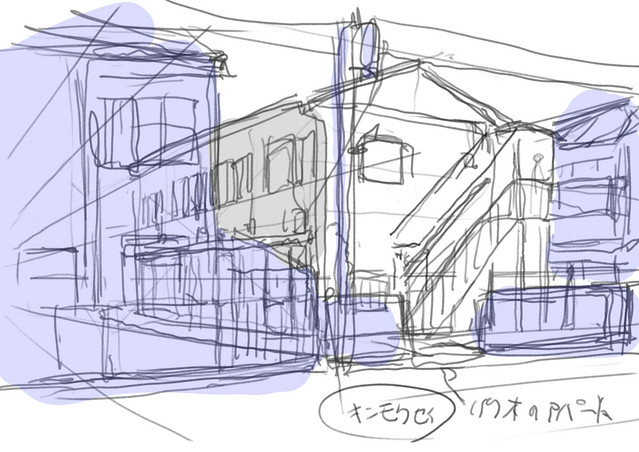 SING “YESTERDAY” FOR ME, the anime adaption from Doga Kobo of Toume Kei's manga of the same name, tells the story of four young adults right outside of Tokyo trying to find their purpose in life. Through their personal struggles, they try to better themselves, but more importantly, the people around them in their time of personal uncertainty.

Crunchyroll was offered the opportunity to publish a translated version of a two-part interview series with Art Director Usami Tetsuya and Art Designer Fujii Yuta featured on the SING “YESTERDAY” FOR ME website to highlight how the team brought that world to screen. The translated version of Part 1 can be found here.

Part two of the original Japanese interview with Usami Tetsuya and Fujii Yuta can be found here. The translated text follows.

01: The “background art” for a story covering the daily lives on an ensemble cast. 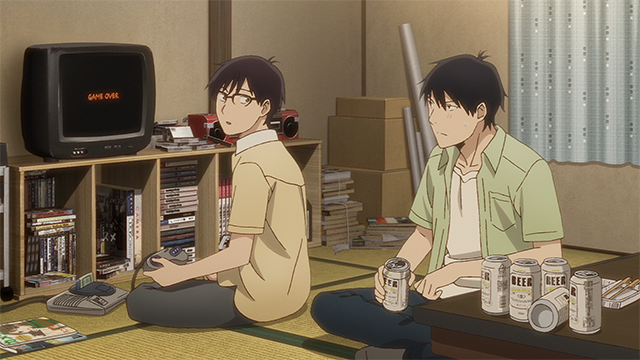 Usami: I wanted the places to look like they were actually lived in. I wanted things to be scattered around the rooms, or someone might’ve tried to throw away a ball of paper, but they missed, so it’d end up here. Or say, this character would probably leave clothes lying around. I was trying to go for something realistic like that. Or have a bunch of paper stuck to the refrigerator ... (lol)

Fujii: You definitely added stuff around to all of their kitchens.

Usami: Yeah. The director asked for dish soap and sponges, but I added more to make it look like someone actually lived there. I thought about how things would be placed in Shinako’s apartment as well as Rikuo’s, for example. I remember also being very particular about how the props were placed.

Fujii: I had the director draw the basic idea of what he wanted Rikuo’s room to look like, and the way the photos are displayed, how he holds his camera, how things are scattered about, old school games ... You can see his vision in those details. 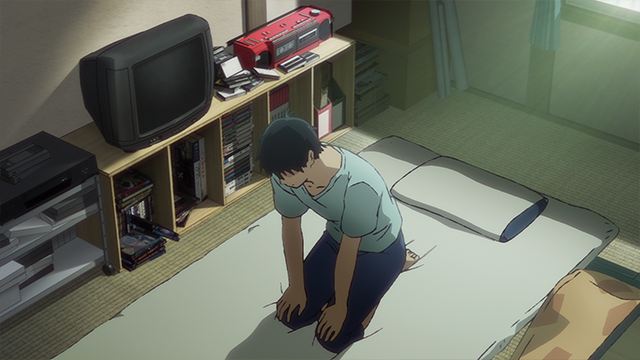 Usami: We made Rikuo’s apartment look like an old apartment that a poor student would live in and made sure the light didn’t hit it that much. We wanted it to be the very opposite of Shinako’s apartment. By comparing Shinako’s pretty apartment and Rikuo’s rundown apartment, you could also see the difference in their statuses, too.

For the colors, I thought things would look more realistic and feel more like SING “YESTERDAY” FOR ME if the colors weren’t too vibrant. By that, I don’t mean to make everything darker by default. But like adding some color to the shadows or adding a bit more blue if the shot is during the day, or adding some purple in the evening. Actually, that’s how things are in reality. I was hoping to show some realities we may not pay attention to usually. 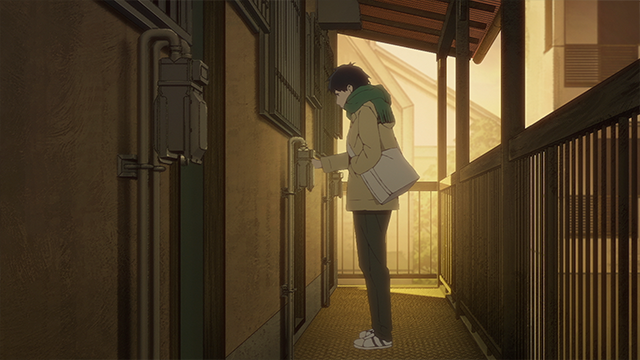 Usami: What’s unique about this series is the colors change depending on the characters’ moods. Like adding more blue if things are a bit gloomy. If someone is feeling awkward or uneasy, using more green. Usually, the filming staff would be in charge of stuff like that, but with this series, the art team is doing all of that. We wonder if people watching would be able to tell the difference but ... (lol) If anyone is able to notice that, we feel like it might’ve been worth the extra effort. (lol)

For example, in Episode 1 where Rikuo gets dumped or the scene in the park at night in Episode 2, green is very prominent. In Episode 4 where Shinako and Ro are arguing, things start to turn gradually blue. Also, when Shinako starts to see Ro-kun as a man, the background slightly turns pink.

That wasn’t done in filming. We were doing that. And to go along with that, the colors used on the characters get adjusted. Whenever the characters are feeling gloomy and the atmosphere needs a little tuning ... That’s all done by us. 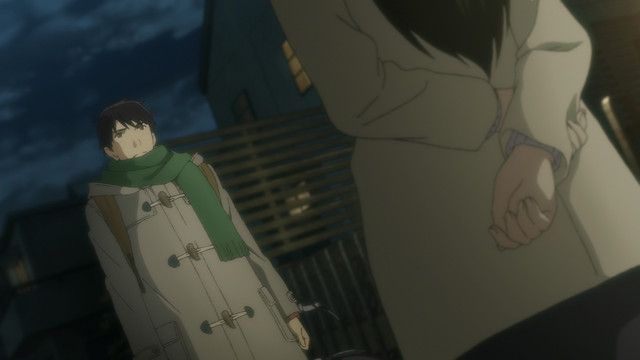 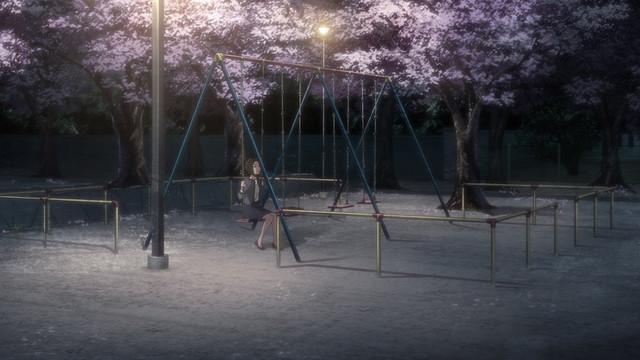 02: Tuning the “art” to go with the character performances.

Usami: The retakes on this are very detailed. Like we get asked if we could move a character a whole person to the left, or something is ruining the shot, or when someone is walking across the crosswalk, it just looks like they’re walking across the street. These are all things the viewers may not even notice, but the director always wants to make sure nothing looks awkward.

Fujii: During the 3D layout, there will be notes in the storyboards, asking us to be cautious about the vanishing points or the character's eyelines. For example, in Episode 2, when they cross the white line, there were directions from the director in the storyboard stage, so we were careful with that when we were doing 3D layouts. Also, whenever the director wants a scene shot in a wide-angle, we’d ask Doga Kobo to take care of details like that. 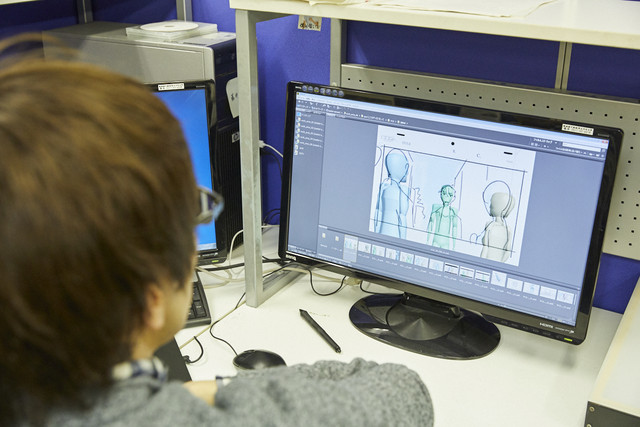 After receiving the storyboards and before he does the full layout, he’ll make 3D models, including the characters in the scene. He’ll then check the distance between all the characters, check their eyelines as well as the vanishing points, and make sure everything is balanced and not awkward. 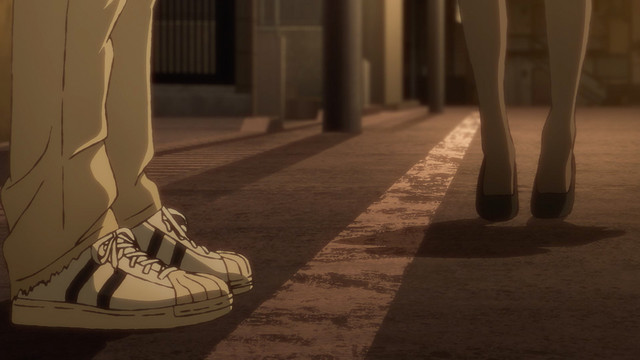 Fujii: When Doga Kobo contacted us and said they were done with all 12 episodes, they told us it wouldn’t have been possible without the 3D. (lol) Though they might’ve just been trying to be nice. (lol)

I think it’s beneficial for the design guy to do the 3D models. Usually, there are more people involved, so when I’m making the layout, something might not go with how the rest of the scene plays out. So I’d have to make adjustments while the director and the episode director works it out and that affects the art design. I think another advantage with 3D models and 3D layouts is the fact that other people are able to recreate them.

So the biggest 3D model we built in this is actually a bus stop that exists in real life and we made it pretty long. I was actually surprised while I was making it, like, “Do we ... really need this?” (lol) I needed to make sure it looked okay from any angle.

03: Now that the show has started its broadcast, people are really noticing the beautiful backgrounds! What did you think when you saw them again? 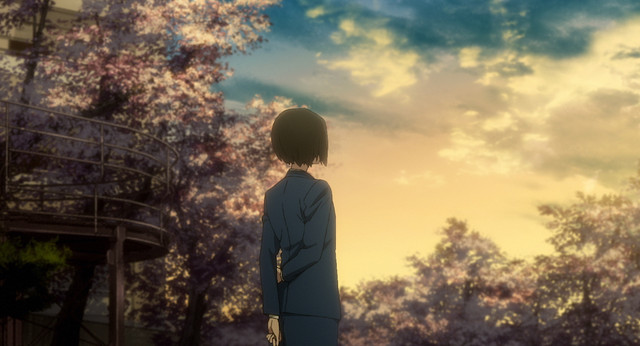 Usami: I’m very happy and honored. This series has many layers. I feel that way objectively even after watching the finished episodes. All the corrections were really detailed, and frankly, I’m still pretty amazed at some of the minor details we cared about in this series. SING “YESTERDAY” FOR ME had actually been completed a season before, and that rarely ever happens. Usually, all the episodes are barely done in time. Episodes might get delivered only two weeks in advance and some don’t even finish the video editing until the day before broadcast. With all that in mind, I truly think we created something very high quality and nice.

I think the characters truly bring out the best in this series, so I hope that people don’t concentrate just on the backgrounds but the product as a whole and enjoy it until the end.

Fujii: We worked hard on the eyecatches, too, so I hope people check them out. Those were done by the animators, but it might be fun for the audience if they can spot where the scenes in the eyecatches belong in the actual episodes. 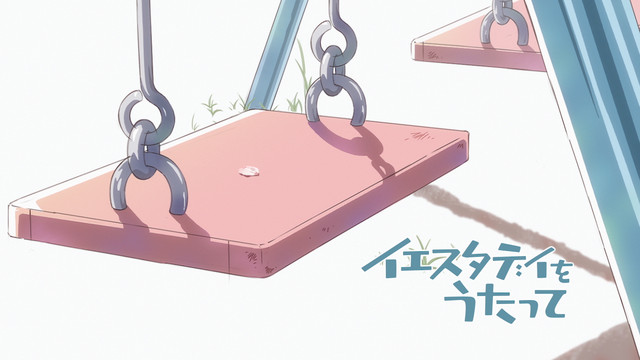 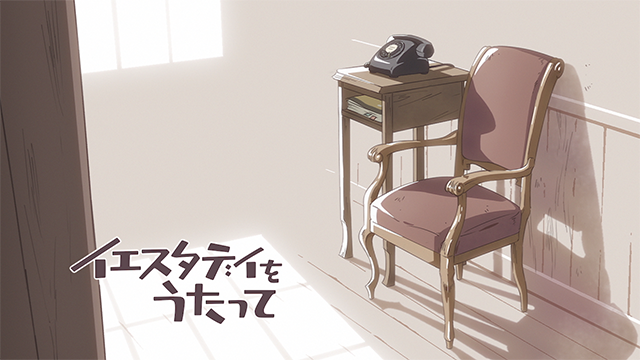 Thank you very much. We hope that people pay close attention to the background art that’s drawn in between reality and the story as well as the very realistic everyday scenery.