We're pitting some of anime's most popular characters against each other, with a twist: each dueling duo shares a voice actor! 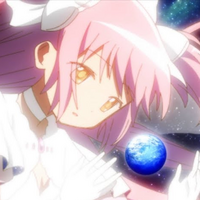 Voice actors have one of the coolest jobs in the world: they get to play lots of cool, powerful characters. Some stars have become legendary simply because of the sheer number of awesome heroes and villains they've lent their voices to — from robot pilots and overclocked alchemists to magical girls and megalomaniacal moms.

That got us thinking: how would a voice actor's many and varied roles stack up against each other? 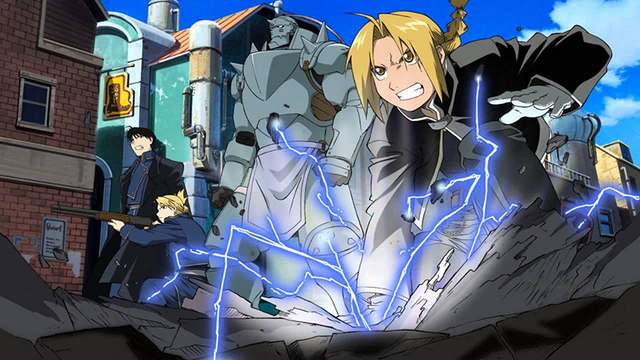 We've looked back at the roles of some of our favorite anime stars and come up with a series of battles. This isn't about popularity or coolness (because honestly, they're all cool): we just really want to see them fight. More specifically, we just really enjoy imagining these three voice actors voicing both sides of an epic anime battle. Until the day that actually happens, this is the next best thing.

To that end, we're not choosing a winner for each round: you are. Remember, it's not about popularity or preference — we really want to know who you think would reign supreme in these fights. And once you're done, we want your takes on these match-ups (and other voice actors whose characters should go toe-to-toe), so be sure to join us in the comments!

Note: This article may contain spoilers for the series Fullmetal Alchemist, Kill la Kill, Boogiepop and Others, and Puella Magi Madoka Magica. If you don't want to be spoiled for any of these series, read on at your own risk.

Voice actress Romi Park has an epic CV, full of fascinating characters. She debuted as Kanan Gimms in 1998's Brain Powerd, and her roles have just gotten more and more epic since. You may have heard her as Temari in Naruto, Toshiro in Bleach, and Madam Red in Black Butler, just to name a few. But today, we're focusing on two of her most explosive, reality-bending roles to date. 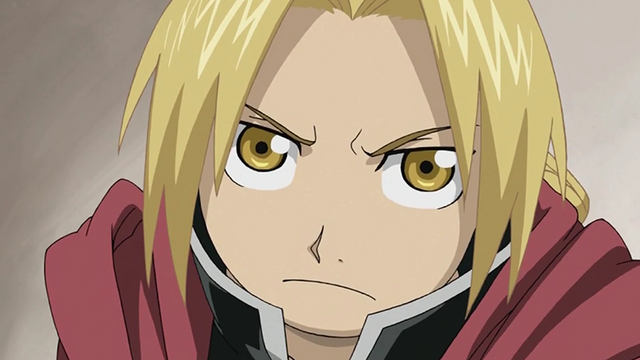 In both 2003's Fullmetal Alchemist and 2009's Fullmetal Alchemist: Brotherhood, Park played the titular character, Edward Elric: a pint-sized alchemist with a history of taboo activities and a lot of self-contained power. Together with his brother Alphonse, he's looking for a way to restore their bodies (his arm and leg, and Alphonse's in its entirety).

Ed has some obvious advantages, the big one being that he doesn't need to draw a transmutation circle to get things done. He's also no slouch at the actual science of alchemy (especially considering some of the things he's attempted in the past). Being able to control matter is pretty cool ... but what if he was up against someone who could do the same? 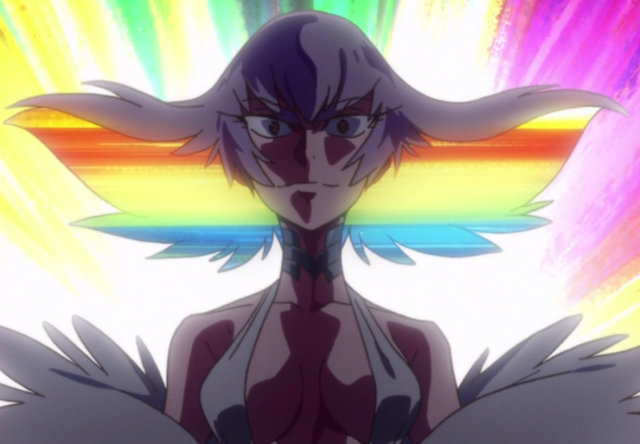 Ragyo Kiryuin rocked Kill la Kill with her appearance, pulling the spotlight from daughter Satsuki. This rainbow-haired Bad Mom has been studying the nature of certain overclocked elements — and instead of the Law of Equivalent Exchange, the only rule she's beholden to is the Rule of Cool. She also doesn't exactly have the same family loyalties Ed does, so she'll be more than willing to cut her losses in a pinch.

But does that really put her ahead? Both wield colossal power above and beyond what most humans have. Both have devoted their entire lives to their respective fields and all that entails. Both want something very badly and have already gone to incredible lengths in search of it.

But the final answer is up to you:

It's only fair to include a round for the voice actor who singlehandedly inspired this feature! Akira Kamiya was a big hitter in the '70s super robot anime boom, and is still going strong today. Fans of Super Robot Wars will already have heard multiple Kamiyas go into battle side-by-side, as he has voiced Roy Focker in Macross, Akira Hibiki in Raideen, and Sanshiro Tsuwabuki in Gaiking, to name a few. He was also Kenshiro in Fist of the North Star ... but almost any fight involving Kenshiro would be a walkover.

For this battle, we matched two of Kamiya's well-known antiheroes who are known for working in teams: Ryoma Nagare from the original 1974 Getter Robo, and Ryo Saeba from the long-running City Hunter. But these battles are one-on-one — no teammates allowed. 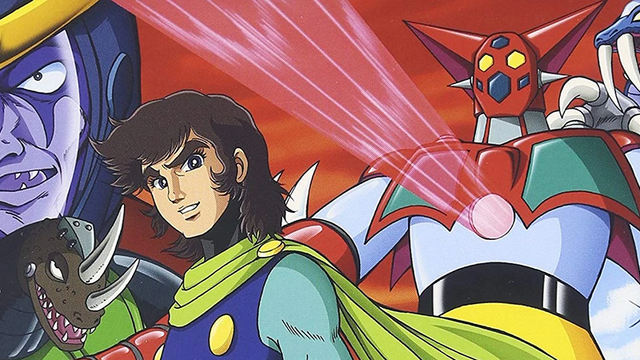 Unlike a lot of Go Nagai's leads, Ryoma isn't known for being a bare-knuckle brawler. However, he has a less-explored advantage: he is a master swordsman, thanks to training from his father. We don't see Ryoma cross blades very often, but it's a skill that serves him well when he's out of the robot. Which is fortunate — because without Getter Robo, he's going to need all the help he can get, especially against the legendary City Hunter. Well, half of it, anyway. 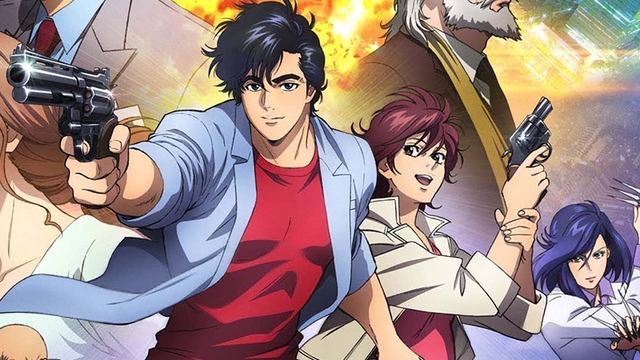 When you write "XYZ" on the board at Shinjuku Station, you're getting not one, but two people on your side. That's not to say Ryo Saeba isn't the muscle of the City Hunter operation. He's an amazing sharpshooter and brawler versed in a variety of weapons, thanks to his training as a guerilla fighter in his youth. But Kaori keeps his eyes on the prize (and off anything in a skirt), occasionally with the help of her giant hyperspace mallet.

So, how will the pair fare without their teams? Is Ryoma bringing a knife to a gunfight? Or will Ryo get distracted by another pretty face at the wrong moment? You decide:

Aoi Yuuki made her voice acting debut in 2008, but she came to broad attention three years later as the lead in Puella Magi Madoka Magica. The sweet-voiced heroine led to more and more roles across a seriously impressive range. Fans have heard her swivel from Maya Fey in Ace Attorney to Tanya von Degurechaff in The Saga of Tanya the Evil, from Tiamat in Fate/Grand Order to Tsuyu in My Hero Academia. 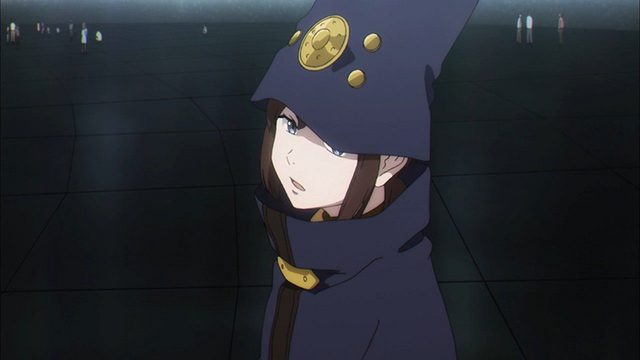 Who and what Boogiepop of Boogiepop and Others is is explained, re-explained, debated, hidden, and otherwise confused throughout their various media appearances. Boogiepop is an urban legend, a benevolent spirit with a dark edge, a protector of the world, a protector of the misunderstood. Most importantly for our purposes today, Boogiepop has some shinigami-level powers, a whole bunch of razor wire, and no fear. 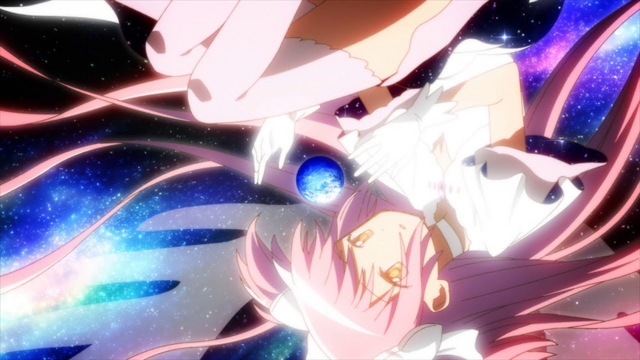 And then there's Madoka Kaname, the girl who never asked for any of this. In her final form, she's galactically powerful, able to defeat witches and save magical girls all throughout space and time. That's definitely more than enough to stand up to Boogiepop ... or is it?

Both are saviors of Earth in their own way, especially influenced by the magic or paranormal. It's hard to imagine a situation in which they'd be on opposing sides, but — for the sake of argument — just for now, they are. Which superpowered schoolgirl could bring down the other?

In all three cases, whoever wins, the battle would sound super cool.

How do you think these fights would go? Are there any other voice actors whose characters should totally fight themselves? Would you like to vote on another round of battles? Let's talk about it in the comments!