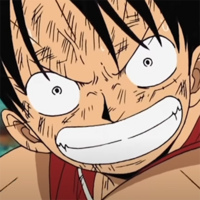 Throughout many early One Piece arcs, a running theme is that Luffy is punching a little bit above his weight class. The attitude of so many early, established villains is basically: "Who does this little backwater, rubber hick think he is standing up to me?" And sometimes, Luffy really might be. And so he often wins fights not through pure power but because he's able to neutralize a villain's specific advantage in a cool way.

He beats Buggy when Nami ties up the clown's torso and limbs, effectively reducing Buggy's attack power by whatever percentage of body he's missing. Captain Kuro is super fast and his Freddy Krueger hands are super sharp, so Luffy curls around him like a loud python, ensuring that Kuro can't really swipe at him and also can't evade him. Later, in Alabasta, Luffy gets whooped by Crocodile in their first fight. In their second fight, he uses water for a bit to actually land a punch. And finally, in their last battle, Luffy is bleeding so much that his hits are finally Super Effective.

Then, we have Skypiea, in which Luffy takes on Enel, a character that seems like an absurd leap in strength from anything we've seen before. All of the East Blue tyrants and wannabe Warlord conquerers pale in comparison to a man who considers himself a god, can control lightning, and can tell what move you're gonna make before you make it. I've used this comparison before, but it's like when you're playing The Witcher III and you decide to veer from your quest to go check out some treasure on the map and you run into a monster that just instantly decapitates you. The Straw Hats should've done some grinding on the Grand Line before challenging Enel. But now they're there, facing him down, and realizing, oh no, they haven't saved their game since Jaya.

However, I remember the first time I watched the Skypiea arc and in the back of my head the whole time, I thought, "Well, Luffy's rubber, and if I recall correctly from where I learned most of my science from (a scene from the Academy Award-winning 1999 film Deep Blue Sea starring LL Cool J and LL Cool J's bird), rubber doesn't conduct electricity." But there's no way that Eiichiro Oda would do that, right? That would be so funny and silly and awesome and ... " 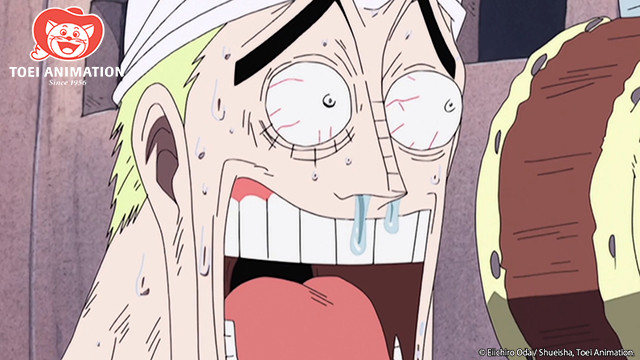 The moment that Enel realizes that his attack didn't work on Luffy is legendary, and probably the most memorable reaction in the entire series. The fight would last for a little while longer, with Luffy punching a wall and allowing his arms to bounce back randomly so that Enel can't predict where the fists are coming from. This is the peak of early One Piece showing that, yes, to survive on the Grand Line, you will need some brute force. But luck and ingenuity play a part in it, too.

The next big saga (Water 7/Enies Lobby) would introduce Luffy's escalating Gear techniques, and later, he'd gain the ability to use Armament Haki and be able to simply punch his way through anyone not currently made of person flesh. And while Luffy would often remain the underdog, these achievements would even the playing field a bit. That's a very different kind of combat storytelling, but this change does reflect the story of the Straw Hats slowly growing notoriety and becoming well known (and even feared) in the pirating world. 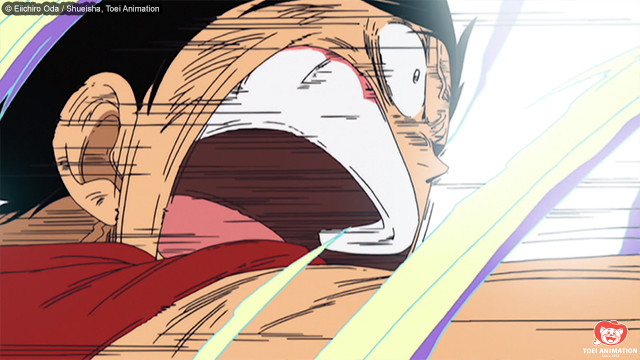 So the fight against Enel kind of represents the end of a particular brand of One Piece, a wonderful and cartoonish conclusion to Luffy consistently winning fights that many could argue he should've lost. After this, he'd come to invent ways to actively increase his strength during fights and charge himself up to the caliber of his opponents. But in Skypiea and before, he was just Monkey D. Luffy, an unknown kid that wanted to be King of the Pirates.

And that's this week's Fight Scene Friday! Vote for next week's installment with this poll: