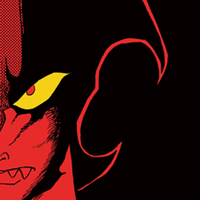 As fans of anime and manga, we're accustomed to one story across the two formats going their separate ways. Sometimes this happens during the adaptation from manga to anime, but others it's by design. Kunihiko Ikuhara is known for this in titles like Revolutionary Girl Utena and Yurikuma Arashi, where the two formats explore similar but different universes and story lines.
Go Nagai did something very similar almost 50 years ago in his quest to bring his manga Demon Lord Dante to the small screen. The larger-than-life action/horror series needed to be toned down for a broader market, resulting in the 1972 anime Devilman and Nagai's manga of the same name. Both followed Akira Fudo, a high school kid with demonic strength and the ability to turn into the show's title fighter. But each approached the concept from a vastly different angle. 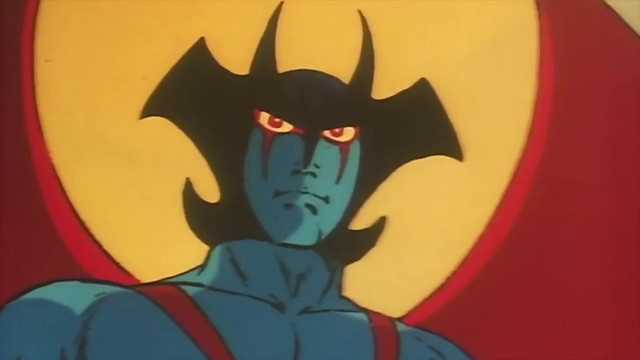 Even so, the two Akiras take a parallel journey: One that kids and adults respectively can take in. It's a journey of personal understanding, of making peace with oneself, and — most importantly — of finding your place in the world. While the Devilman manga was created to be more mature in tone, it's the anime version of Akira Fudo that has more in common with Dante protagonist Ryo Utsugi. Like Ryo, Akira isn't really Akira; he's a demon taking on the form of a recently deceased human. In the manga, things are much more convoluted. In both cases, though, Akira — the original, real, un-demon-influenced Akira — is a good, gentle guy.
Akira's anime iteration dies in the very first episode, giving the demon warrior Devilman a perfect disguise for his mission. Said mission is very straightforward and very demonic: make life hell for the humans, in preparation for a demonic coup. With Akira's father dead, the new "Akira" returns home to live with childhood friend Miki Makimura. Poor Miki can't understand why her friend has turned into a total punk, but she's not taking that behavior lying down. The disguised Devilman finds himself oddly drawn to Miki and ends up developing feelings for her. This, of course, gives his fellow demons the perfect in: kill Miki and get Devilman's mind back on his mission.
What happens instead is a domino effect of compassion. First, Devilman fights to protect Miki. Then he starts behaving in ways he knows Miki would want him to, which includes going off-script and protecting humans. Eventually, humanity rubs off on him, and he betrays his kind entirely in favor of protecting the human race.
In the manga, Akira is alive and well and at the mercy of his old friend, Ryo Asuka. After being dragged to a demonic party, Akira is fused with the demon Amon. But Akira's pure heart means that the fusion turns him into a Devilman, rather than becoming a shell for Amon. This fusion makes him aggressive at first, but he and other Devilmen like him temper their aggression to fight off demons and protect humanity. When Ryo's true nature is finally revealed toward the end of the manga, it's up to Devilman and the Devilman Corps to protect humans from a new wave of demonic attacks. 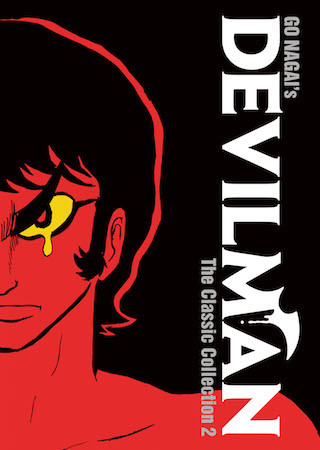 Needless to say, these two separations of Akira Fudo have very different intentions from the beginning. One wants to wreak havoc on humanity; the other just wants to have a nice school life with as little trouble as possible. One is called on by a friend to show compassion; the other is forced by a "friend" to take on a power he never asked for.
There is one thing both of these Akiras have in common, though: both will eventually be called upon to use their strength for others in a way that is difficult and inconvenient. The anime Akira approaches that end via the influence of a third party; the manga Akira must tame his new-found power and make that change from within. Miki Makimura is a guiding figure in both iterations but (for reasons that become painfully clear in all manga-related materials) she can only get so far with that.
Our kid-targeted story is very black and white. A bad person becomes good via positive influence. We see not only a friend stepping up to show a friend the right path, but we also see that villain-turned-hero going from wanting to please said friend to actually internalizing her lessons and making them his own. It's something a young viewer can put together easily.
But for our more grown-up Akira, it's more complex. He was never a demon warrior with a plan. He was a soft-hearted kid taken advantage of by someone he trusted. Now he's something he never wanted to be, with an aggressive streak that isn't at all like him. Akira has Miki's friendship, but he also has a bad influence at the forefront: sadly, a much more realistic scenario in the world of adults, and a much more common one. If it hasn't happened to you, it's probably happened to someone you know: a friendship, relationship, or association leaves you wounded, with a fountain of anger inside you and nowhere to let it loose. Akira's manga self never chose this life. But it's his now, as is his decision of what to do with it. 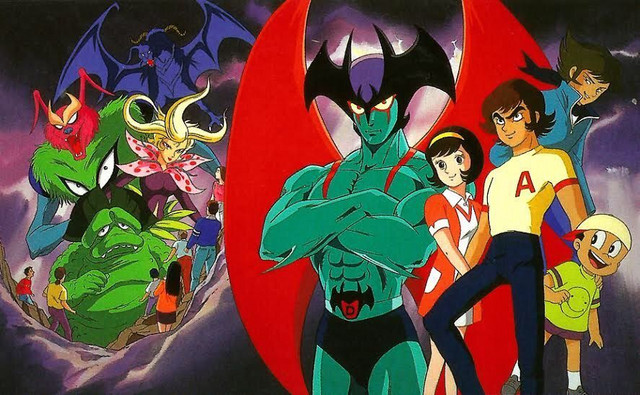 When Go Nagai was called upon to tone down Demon Lord Dante for general consumption, the first thing on his mind was probably not how his demon-possessed protagonist could set a good example for the youngsters of Japan. Nonetheless, Akira's dual journeys in these two original stories are strikingly important, especially in the modern-day.
Devilman is a story of choice: the decision to reroute anger and power, to use that demonic power Akira is gifted with to fight for those who need help, even if that means some massive changes in perspective. It's also a story of influence: how the actions of one person can guide the actions of another, be it for better or for worse. At any age, we can benefit from knowing that standing by people who need it is good and that a word spoken to a friend can be enough to change their minds when needed. As adults, we can empathize with manga Akira's confusion, burden, anger, and betrayal — and with the difficult knowledge that, yes, it will probably fall to us to process it and turn it into something better.
The core of Akira's story remains the same: no matter where you start or what happens to you, you can use your powers for good. No matter who harms you, you can help others. Somewhere amidst the ultraviolence and eternal battles between Heaven and Hell, that's a truth that remains.

What's your favorite version of Devilman? What did you take away from your viewings and readings? Let's talk about it in the comments!