The Women's Tag Team Champion is no stranger to anime 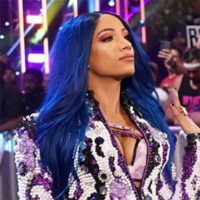 The God of High School tells a story that's centered around a massive fighting tournament and tells a story that's mostly driven by combat. And what other business does something similar? Pro wrestling, of course, which constructs its narratives based around body slams, headlocks, and dope finishing moves. So, seeing how well they tag team together, Crunchyroll reached out to some WWE Superstars to get their thoughts on GOHS and anime in general.

The first was Sasha Banks, former NXT Women's Champion, four time WWE RAW Women's Champion, and two time (and current) WWE Women's Tag Team Champion. She's a long time anime fan and her pro wrestling personality, "The Boss," may as well come from anime considering how wonderful it is. I wrote up some questions for her and her answers, much like her matches, did not disappoint. 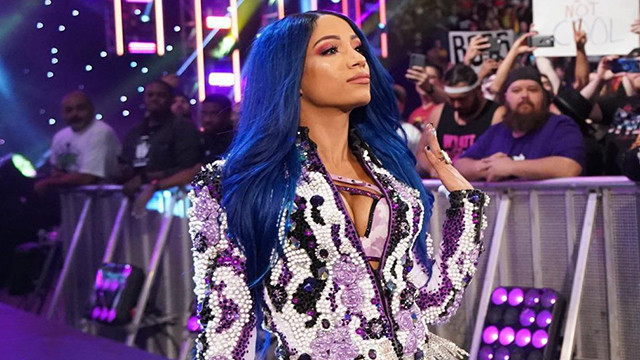 Anime for sure!!! Sailor Moon came into my life around the time I was five. Back then I had no concept of what time was, I just knew that when Sailor Moon would come on, it was still dark, and when it was over, the sun would be up. So, I would literally stay awake from around midnight until after I watched Sailor Moon, and then I'd go to school lol. Thinking about it now, I guess it came on at 6 AM every morning.

Were there any anime characters that you saw and thought "I want to be like THAT guy or girl?"

Usagi (Serena for the English dubbed fans) from Sailor Moon always reminded me of myself as a kid. I was always late to school, kind of clumsy, just a meatball head in general. But I always wanted to be the best and do good things. She was my superhero.

Sasha, your very fitting nickname in WWE is "The Boss," but if you had to pass that title onto an anime character, who would you give it to?

Ryuk from Death Note ha-ha. He's a character that doesn't give a damn. He thinks it's funny when he has other people's lives in the palm of his hands and does whatever he wants. Plus, I also love apples lol. 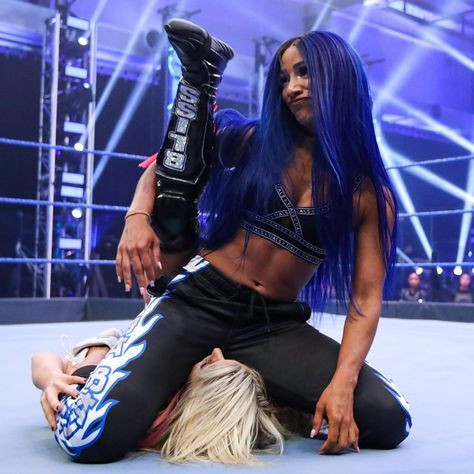 If you had to replace your entrance music with an anime theme?

I love Asian Kung-Fu Generation, so I'm biased towards "Hakura Kanata "from Naruto Shippuden. But I also love ShingO2's" Battle Cry "from Samurai Champloo. Also, from Death Note "what's sup people" by Maximum the Hormone. I really like that band as well.

Okay, so the owner of WWE, Vince McMahon swaggers over to you and growls "Sasha, I've discovered this anime thing, and I want to know what show I should start with." What anime do you recommend as the starting point for Vince McMahon?

I think I'd tell Vince to watch Death Note. Something about him tells me he'd love Light Yagami lol

Y'all work for a HUGE majority of the year, and when you're not entertaining millions of fans in the ring, you're working out and traveling. How do you fit in some sweet, sweet anime time?

Before I couldn't find time to watch anything on the road. It was always the same routine. Wake up, gym, eat, wrestle, repeat. But now, having more time at home, I'm able to discover new anime again thanks to Crunchyroll. I'm also itching to go back a rediscover some old favorites. I think I may rewatch Case Closed again.

If every anime character got into a fight, who comes out on top?

Probably All Might from My Hero Academia. He's got his One for All Quirk and that could take out anyone.

What anime character do you think would flourish in the WWE?

There are way too many. What makes anime so cool is the Uniqueness of the Characters, So I'll choose 3 different ones. As a villain, I'd say Vegeta, because he's such a jerk that you kind of want to see him get beat up, but then he's so cool that you could see yourself cheering for him. Then there's Kenzo Harima from School Rumble. He's just a misunderstood guy who has a lot of layers that I think people would get behind. And lastly, Killer B from Naruto Shippuden. To me, he's what R-Truth would be if he were an anime character lol. 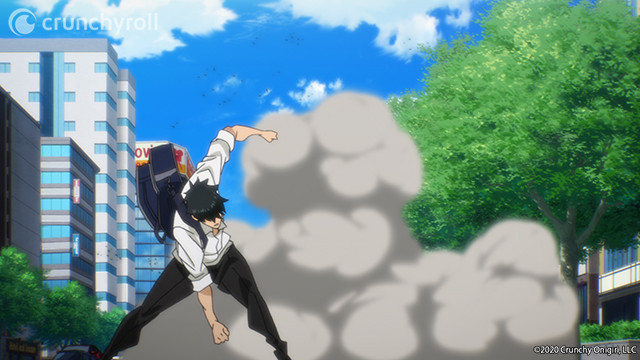 What about God of High School is appealing to you?

I love the tournament aspect of it because it allows for a lot of variety of characters, which gives me more opportunity to connect with a specific one. I'm curious to see what the 3 wishes are the characters use, if they win the tournament, and in what way they apply them to their life.

Do y'all have any favorite characters so far?

None yet, but I'm still early in the story. I need to get more familiar with them all before I stan anyone lol. 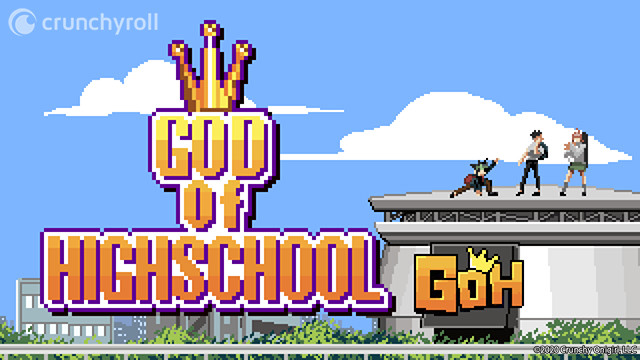 God of High School uses the backdrop of a huge fighting tournament to tell its main story. WWE uses constant matches to tell their stories. What makes this such an effective form of storytelling that people love to get behind?

People love to root for an underdog. They love seeing their favorites overcome the odds and rise to the top. I think people connect with it because in a way, they can see themselves in a character's struggle. It's easy to tell someone that a character is hurting. But to see that pain on their face, one can't help but think back to a time when they were in pain, and that allows them to step into a character's shoes. Plus, I think everyone at one point or another has fantasized about hitting their boss.

If you had to enter the God of High School tournament, what would your strategy be? Would you use a weapon?

My strategy is to win no matter what. I always put in the work and make sure I'm prepared for any type of battle. I could definitely use my boss accessories to help me get an advantage. Maybe a Chidori with my legit boss rings.

What would you say to anime fans that are thinking about watching God of High School?

Go ... watch it ... NOW! Watch anime like a boss and argue with your friends about who you think is the best. That's what makes it fun.

What WWE Superstar would you watch an anime about? Are there any wrestlers that remind you of certain anime characters? Let me know in the comments!