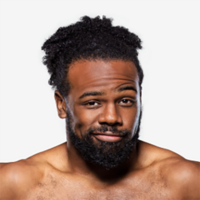 He is a WWE Superstar and makes up one-third of one of the greatest teams in modern WWE history, The New Day. He is a multiple-time WWE Tag Team Champion. He is a content creator, a video game enthusiast, and the host/founder of UpUpDownDown, a YouTube gaming channel with 2.18 million subscribers. And he absolutely loves anime. He is Xavier Woods.

And considering his adoration of this fantastic medium and his career in the WWE, we at Crunchyroll figured that he'd be a great person to talk to when it comes to the new Crunchyroll Original Series The God of High School. 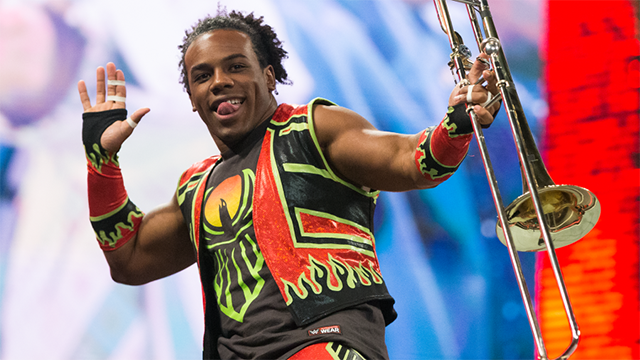 Wrestling came first. I was not introduced to anime really until I saw Akira and after that I watched Robot Carnival and I was beyond hooked.

Were there any anime characters that you saw and thought "I want to be like THAT guy or girl?"

Yusuke Urameshi is and forever will be my dude. Absolute love Yu Yu Hakusho and he is an amazing character.

Xavier, there is a video of you yelling about how Yu Yu Hakusho is the greatest anime of all time. First of all, yes, it probably is. Second of all, well, what is second place?

Hmmm, I'd have to say Case Closed would be my second favorite anime. I love a good murder mystery and I do not know an anime that does it better.

If you had to replace your entrance music with an anime theme, which would you choose?

There is only one choice for this, and I actually used to use it as my theme music: "White Reflection" from Endless Waltz.

Okay, so the owner of WWE, Vince McMahon swaggers over to you and growls "Xavier, I've discovered this anime thing, and I want to know what show I should start with." What anime do you recommend as the starting point for Vince McMahon?

I would ask what movies he likes. If he is into psychological horror and gore, then I would say Attack on Titan. If he likes that 80's era of coming of age and leaning on other people as a team type of stories but needs something short that I wished there was more of, I'd say High School of the Dead. If he was into space stuff, then Gundam Wing. It is all about finding what movies someone likes and trying to find something that at least touched a little on those vibes. 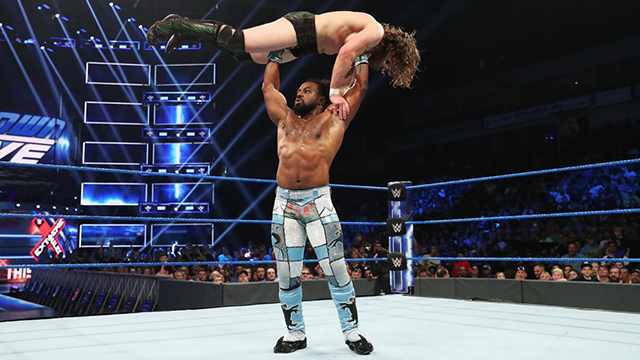 You work for a HUGE majority of the year, and when you are not entertaining millions of fans in the ring, you are working out and traveling. How do you fit in some sweet, sweet anime time?

I must admit I am so behind on current things I have still got episodes of My Hero and Food Wars to watch, I am so behind :( I get an episode here and there when I can though.

If every anime character got into a fight, who comes out on top?

Saitama considering he trained so hard it made him go bald. Dedication.

What anime character do you think would flourish in the WWE?

Ippo Makunouchi — he is already used to fighting super weird characters in front of a live audience, so it makes sense.

What about God of High School is appealing to you?

I am a sucker for tournament arcs so any type of progression through opponents while learning about oneself is something I am very drawn to.

Do you have any favorite characters so far?

Not yet, I reserve judgment until the third episode cause I usually end up really enjoying someone when I start an anime and then three episodes later it turns out they want to burn the world to the ground.

The God of High School uses the backdrop of a huge fighting tournament to tell its main story. WWE uses constant matches to tell their stories. What makes this such an effective form of storytelling that people love to get behind?

Because it is something that people can understand regardless of the language that they speak. It's easily digestible and honestly really entertaining. 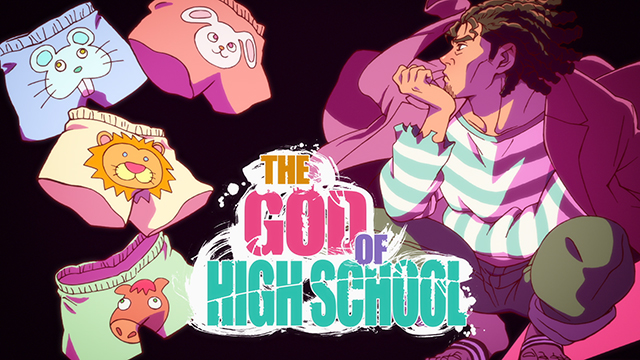 If you had to enter the God of High School tournament, what would your strategy be? Would you use a weapon?

I would probably use some sort of dagger so I could bob and weave my way into slicing up hands and disarming my opponents. My martial art would be bathed in disrespectfully beating them with their own weapon. Limbs are weapons ....

What would you say to anime fans that are thinking about watching The God of High School?

Honestly, it is not like you do not have the time. You already know you are going to like it so just watch it :)

Tags
the god of high school, xavier woods, wwe, interview
« Previous Post
A New Future Unfolds in STAND BY ME DORAEMON 2 Trailer
Next Post »
RECAP: The Latest The God of High School Succeeds Where Some Stories Fail
Other Top News
15 Comments
Sort by: