FEATURE: Anime vs. Real Life: The Most Strange Location from a Silent Voice 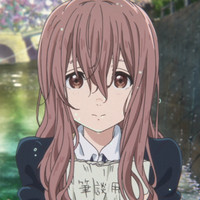 This article by Wilhelm Donko was originally published on December 10, 2019

The movie takes place in the relatively small city of Ogaki, in Gifu Prefecture, located in the center of the Japanese archipelago, and is about a two and half hours train ride away from Tokyo. Gifu Prefecture has been a premier destination for anime-induced tourism in the past few years, with major titles like A Silent Voice, Your Name, Hyouka, and many more having their settings there.

And we’ll of course start off with the movie’s most important location, which is Midori Bridge. The quaint little bridge has been prominently featured on the movie’s promotional posters and is where most of A Silent Voice’s key moments unfold. Crossing a small carp-filled basin, with cherry blossom trees flanking it on both sides, the bridge is already quite charming in itself, but its momentous significance for the anime just makes it an absolutely surreal place to visit in person.

Ogaki likes to brand itself as the “City of Water,” due to its many canals, castle moats, and several natural springs welling up in the city.

You’re even allowed to wander around inside and take pictures, just be mindful of all the possible events and classes taking place there. And should you be hungry, there’s actually a nice little café in the same building, which I can definitely recommend.

Moving on from the bridge to the nearby Ogaki Park is where you can find the playground where Shoya randomly met Shoko’s younger sister, Yuzuru, for the first time. I went on this pilgrimage with my good friend @NeoVenezia2301, and we even crawled inside of the playground equipment, just to recreate some of the scenes from the movie, but I unfortunately somehow forgot to actually take pictures inside of it. The playground is right next to Ogaki Castle, which never made an appearance in the movie.

And along the shopping street is also the Shin-Ohashi Bridge, where the movie’s big "confession scene" takes place. It’s a fitting spot for misunderstandings since the anime makes it seems like any other small bridge, but it's a rather larger square with a multiple-lane road running across it in real life.

Gifu Station is only a 12-minute train ride away from Ogaki Station, and also got a couple of scenes in the movie. It’s not really an important location, but Shoyo and Shoko both reconnect with their old classmate Miyoko here.

And finally, the last location for today is the small town of Yoro, which is only a 20-minute train ride away from Ogaki Station.

And inside of the building is a perplexing, pastel-colored maze, which ultimately wasn’t too hard to figure out, since it was only about a meter high. But Shoko seemed to have her fun with it.