FEATURE: Celebrating Kiki's Delivery Service and the Art of Being a Girl Witch

What's magic got to do with it? 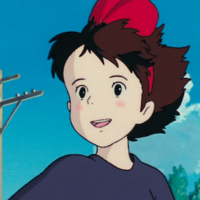 On the 31st anniversary of Studio Ghibli’s Kiki’s Delivery Service (based on the novel by Eiko Kadono) debut, I revisited my old childhood classic. My love for Kiki well preceded my awareness of anime, much less any other depictions of witches in media. I was terrified of the evil witch The Wizard of Oz, but Kiki herself was ... different. The most compelling aspect of Kiki wasn’t her magic or eccentric talking cat — it was the way her fantastical life easily blended into casual, day-to-day life. If being a young witch meant anything, it meant being just as susceptible to being human as anyone else. No flying monkeys here.

In anime, everything is usually bigger than life. Try remembering all the times a character loudly announces their attacks or performs a snazzy transformation sequence. Especially when it comes to fantasy. The magical girl genre, like the long-running Pretty Cure franchise, emphasize young girls with sparkly attacks and transformation. This is typically what people think of when they think of magic girls and anime, where boldness is the point. On the other end of the spectrum, you have an entirely different kind of magical girl: characters like Kiki, diligently studying to become a witch while shopping at local supermarkets and working part-time. If her life is just like ours, then what place does magic really have in a witch’s life — and what does that say about how anime depicts young witches in general? 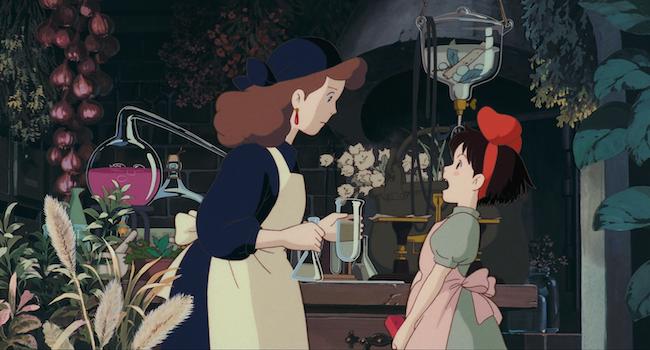 What Makes A Witch?

Kiki’s Delivery Service begins with Kiki leaving home to begin her training, a family tradition for witches her age. However, it quickly becomes apparent that Kiki isn’t nearly as prepared as she thought she was: once she arrives in her city of choice, she begins running into hiccups familiar to any young person finally living independently. Finding work, a place to sleep, dealing with unruly cats, weird boys. But thankfully Kiki is passionate, and soon enough she starts a small business zooming around on her broom delivering packages door-to-door. It’s peaceful. But one day, Kiki’s magic doesn’t work. Full-stop. She’s unable to fly, much less to speak to her cat, Jiji. She’s stuck not just emotionally, but creatively.

As a kid, I wasn’t quite sure what this actually meant. Why did she “forget” her magic? My first exposure to the movie was the '90s English dub, which infamously changed part of the original ending. In the 1989 Japanese release, Kiki is still unable to speak to Jiji after rescuing Tombo from the blimp crash. This suggests even though she regains her flying magic, Kiki has also grown-up beyond needing Jiji’s support. Instead, Kiki learns a different way of supporting herself: maturing her view on life as a capriciously creative endeavor. Kiki’s artist friend, a woman named Ursula, informs her that she’s experiencing “artist block” and she simply needs to focus on something else before returning to deliveries. She never “forgot” her magic — this was part of the witch training process all along. 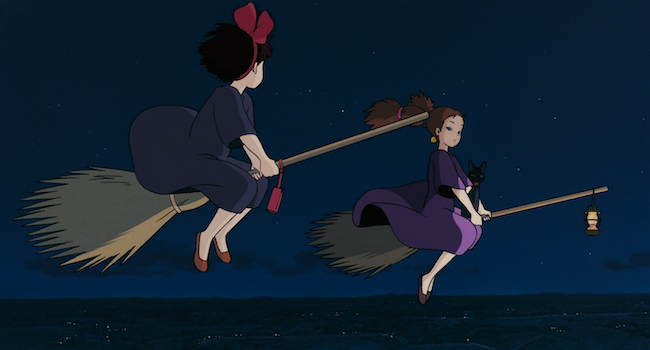 If you want to learn magic, you might fail. Even a teenage witch isn’t immune to growing pains.

Recent series like Trigger’s 2017 Little Witch Academia and manga such as Kamome Shirahama’s 2016 Witch Hat Atelier share a similar message about witchdom. With all the excitement and discoveries to be made with magic, their young characters always end up returning to the same lessons about failure and growth. So, what makes stories about young witches so susceptible to this theme over and over again? Are flashy magical mistakes more fun to look at? Is the spectacle of blowing up a potion or flying on par with awkward adolescence? Do higher stakes make everything else seem quaint in comparison? Unsurprisingly, it’s a little bit of everything. 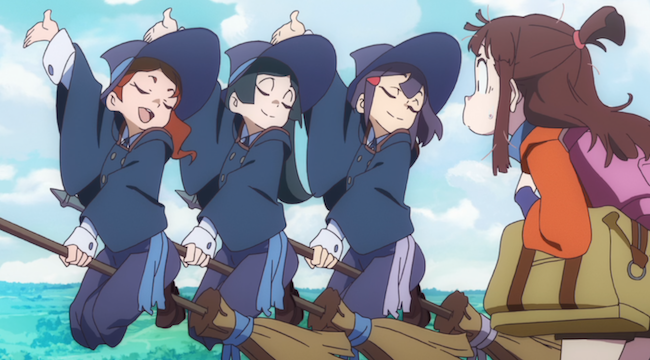 Akko is shown up by her peers ready on broomstick

Shirahama’s Witch Hat Atelier is about a young girl named Coco, who becomes fascinated with magic after receiving a grimoire from a masked witch. After learning all it takes to perform magic is ink and paper, Coco accidentally completes a spell that petrifies her mother. Realizing he could've stopped this, a visiting young magician takes her under his wing as a student, promising her that if she continues her studies she will be able to reverse the malignant spell. In this world, magic is as easy as good penmanship — as long as you can write well, you can ascend the magical world hierarchy. Of course, this secret must be heavily guarded and only those trusted enough are given this knowledge. A witch is only as good as the artisan tools she uses. 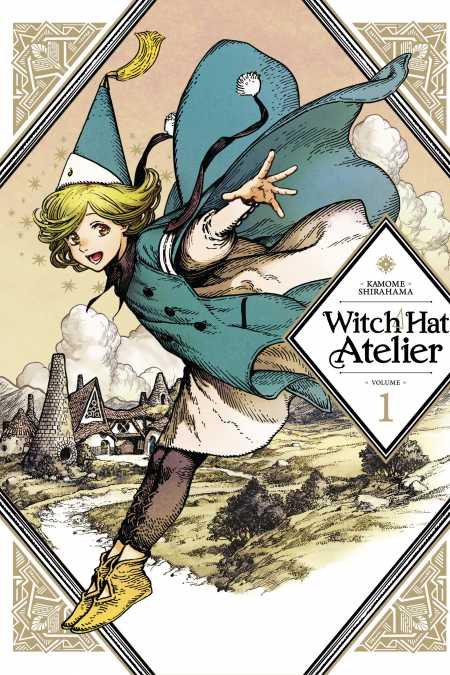 Witch Hat Atelier provides an alternative witch-ness compared to Kiki’s more subtle approach. In this world, young apprentices wear stereotypical pointy hats and use wands. In comparison, Kiki establishes that magic is primarily a domestic affair, less "wizarding world" and more scrubbing floors. Other series like Little Witch Academia emphasize a witch’s schooling — one step beyond Witch Hat Atelier by using an academy setting and depicting classroom hijinks not unlike high school anime. Between these three, what makes these depictions unique is how they place a girl witch on a spectrum from daily doldrums to prim and proper academic affairs. 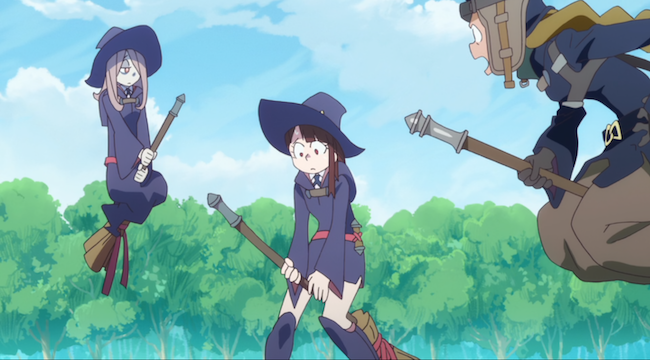 Akko attempts to earn her wings

What makes a “good” witch in these different settings depends on how well they fit in. Would Kiki excel at Luna Nova Magical Academy? Maybe not. Would Akko be able to run her own delivery service? Maybe if she got flying down pat. This tension of “fitting in” is exactly the central conflict of Akko and Coco’s characters. Unlike Kiki, whose witch-ness is a family tradition, Akko willingly enrolls as a student with a non-magical background, and Coco becomes one by tragic irony. But despite being placed in magical institutions of learning, neither of them are especially studious. In fact, it doesn’t really seem to matter if a witch is an A-student or a slacker — rather than book smarts, what drives these girls are their raw, creative energies. In other words, they are artists. 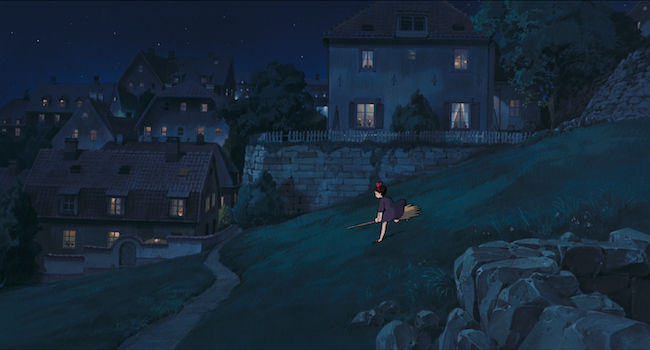 A Different Kind of Magic

When Kiki blunders a delivery and comes home to realize she can’t fly anymore, she’s devastated. There aren't any textbooks or grimoires to “teach” her how to fly again — Kiki’s Delivery Service heavily implies that magic is instinctual, never learned. Ursula, the painter, correctly diagnoses this as an artist's block, not because she only has her point of reference, but because she recognizes magic and painting as having the same goals: to bring something new into the world. Kiki, after all, only decides to move after learning she’s the only witch in town. 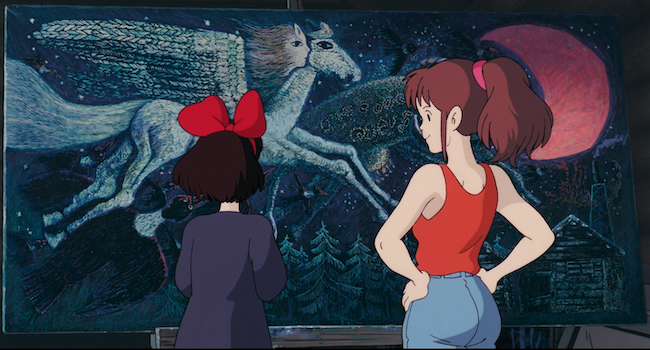 Ursula shows Kiki the painting she's been working on

Since Kiki’s debut, the depiction of witches in anime has dramatically evolved — doing magic isn’t simply a novelty, but a whole new way of accessing desire. Characters like Coco, who have no choice but to accept the witches’ hat, have a complicated relationship with magic. On one hand, learning magic is one of Coco’s dreams, but on the other, attempting to access it led to disastrous results. Popular series like Fullmetal Alchemist share the same warning that seeking certain knowledge may lead to dramatically different paths in life. Magic for an adolescent isn’t simply a practical tool, but a long process of inductions, trials, and major lifestyle changes. That magic being learned isn’t magic in itself — it’s learning to accept setbacks and make independent decisions. 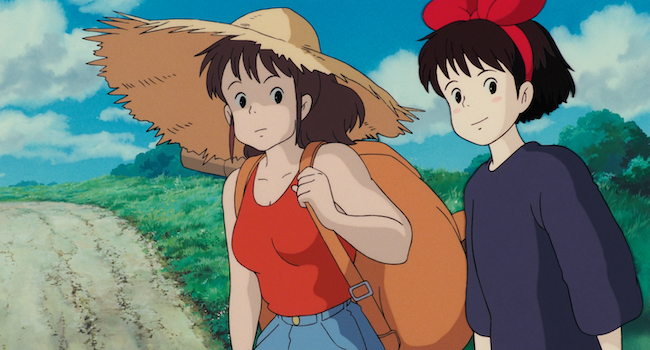 Even series like Shaft’s 2011 Puella Magi Madoka Magica tease this idea of accessing magic as a means of accepting change. In cases like these, the “young witch girl” archetype and the “magical girl” flirt with each other to tell a far bigger story about responsibility and consequences. Madoka and Little Witch Academia respectively feature occult holidays like Walpurgisnacht and Samhain — and yet are incredibly different in how they channel witches. Wherever a witch falls on this spectrum, from fluffy slice of life to world-ending magical battles, she’s almost always guaranteed to have an incredibly personal, intense relationship to her powers. And if we’re lucky, that enchanting energy might rub off on our own creative lives, too.

Blake P. is a weekly columnist for Crunchyroll Features. He thinks Cats (the musical) deserves a proper anime adaptation. His twitter is @_dispossessed. His bylines include Fanbyte, VRV, Unwinnable, and more.

The True Magic is Growing Up: 30 Years of Kiki's Delivery Service