Taking a look at Liz and the Blue Bird, and its mark on teenage queer romance and communication 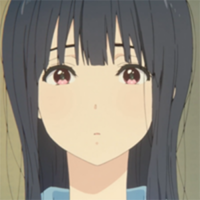 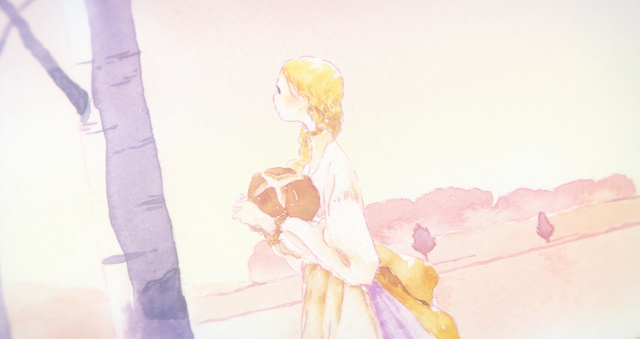 Liz and the Blue Bird is a story about many things; about becoming your own person, or recognizing how people perceive you versus you perceive yourself, or how we use more than just verbal language to communicate our feelings and thoughts. It’s a story about stories, about two girls who fall in love but also fall out of it a little, realizing that they’re not in a healthy relationship. It’s about the spectrum of music, and why music is integral to our daily lives, whether it’s found in the bird songs we wake up to, the shuffling of sneakers as we walk to school, or the clear oboe and flute we hear in orchestra. It’s a poignant, quiet, but powerful movie, that doesn’t outwardly tell much, but inwardly shows a lot. And nearly four years later after its release, I still remember it fondly.

I was seventeen when I developed my first crush; a couple of years later than everyone else in my classroom, where the awkward development of bodies and hormones was catalyzed by equally awkward emotions and feelings for other people. My body was still figuring itself out of course, but my mind was still swirling with stresses and unknowns, namely: what was my life going to be like in college? What did I want to do with my life? Was I going to go far away from this hometown I had spent my whole life in? What was the world really like, outside of this bubble of school, sports, and homework? But most importantly: were the bonds I had established in high school going to last, as everyone began to move out to different schools? 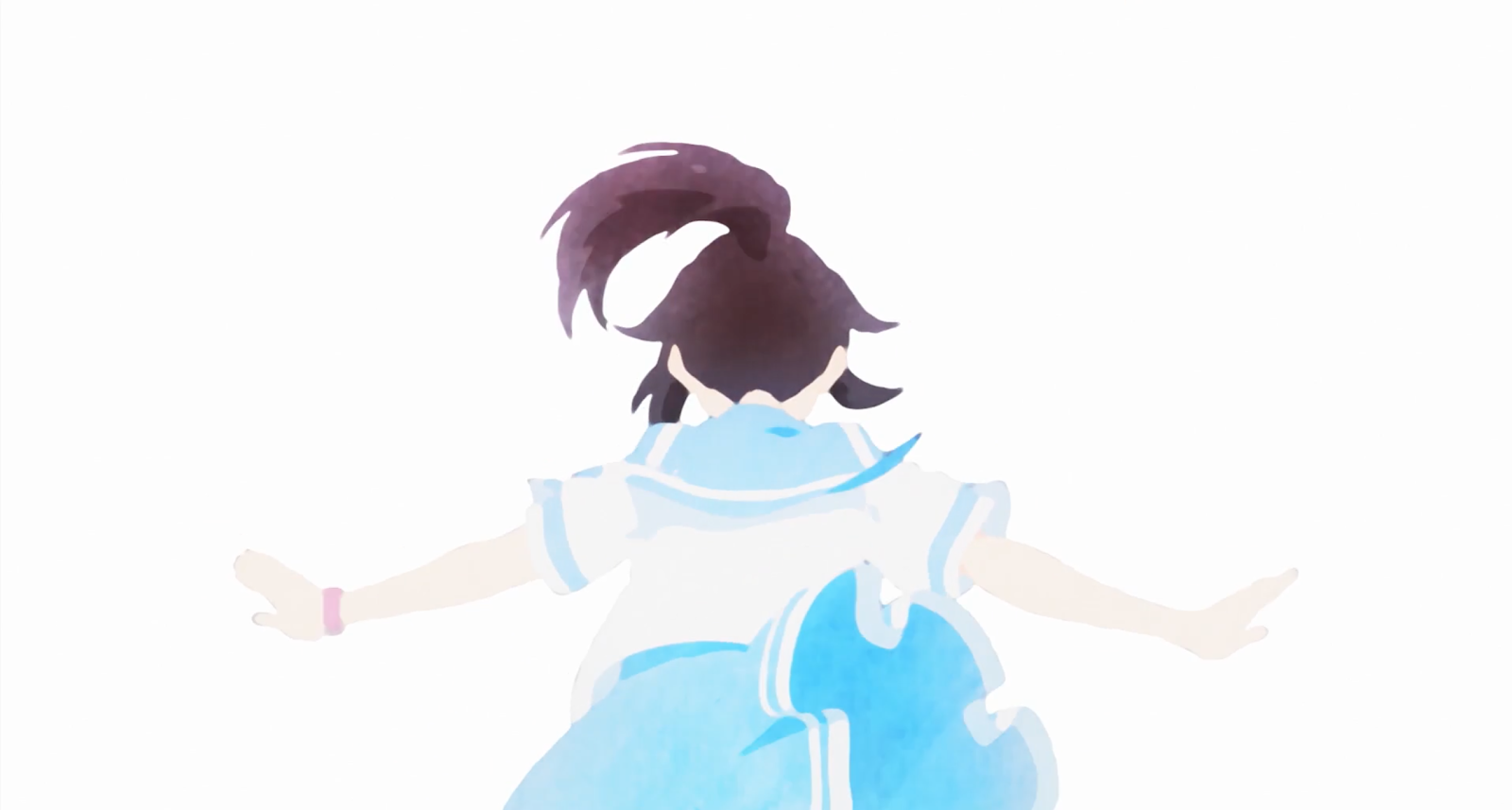 It can truly be said: being a junior in high school is no easy feat. Balance this with responsibilities (being the team captain of a varsity tennis team, but also managing literature club as a treasurer), preparation (does anyone like the SAT? Raise your hand, I dare you), classes (took way too many AP classes than I needed to, I now know), and familial drama (teenagers!), and life seemed like it was one short circuit away from spiraling out of control. Uncertainty, anxiety, and indecisiveness plagued my mind on a regular basis. It was at this time that I became very close to one of my friends, an incredibly shy member of the Literature Club. What started out as a couple of interactions slowly grew to us becoming inseparable. We chatted every day over text or in the hallways. We studied after school and took more and more AP classes together. 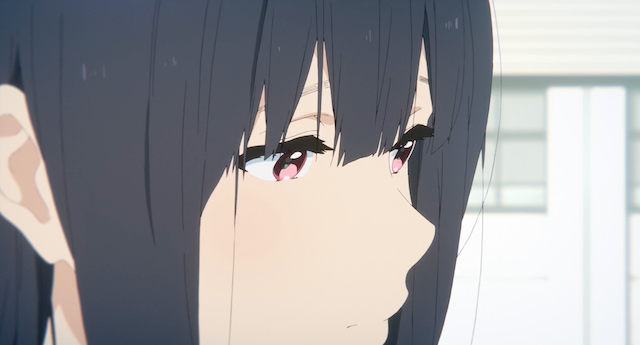 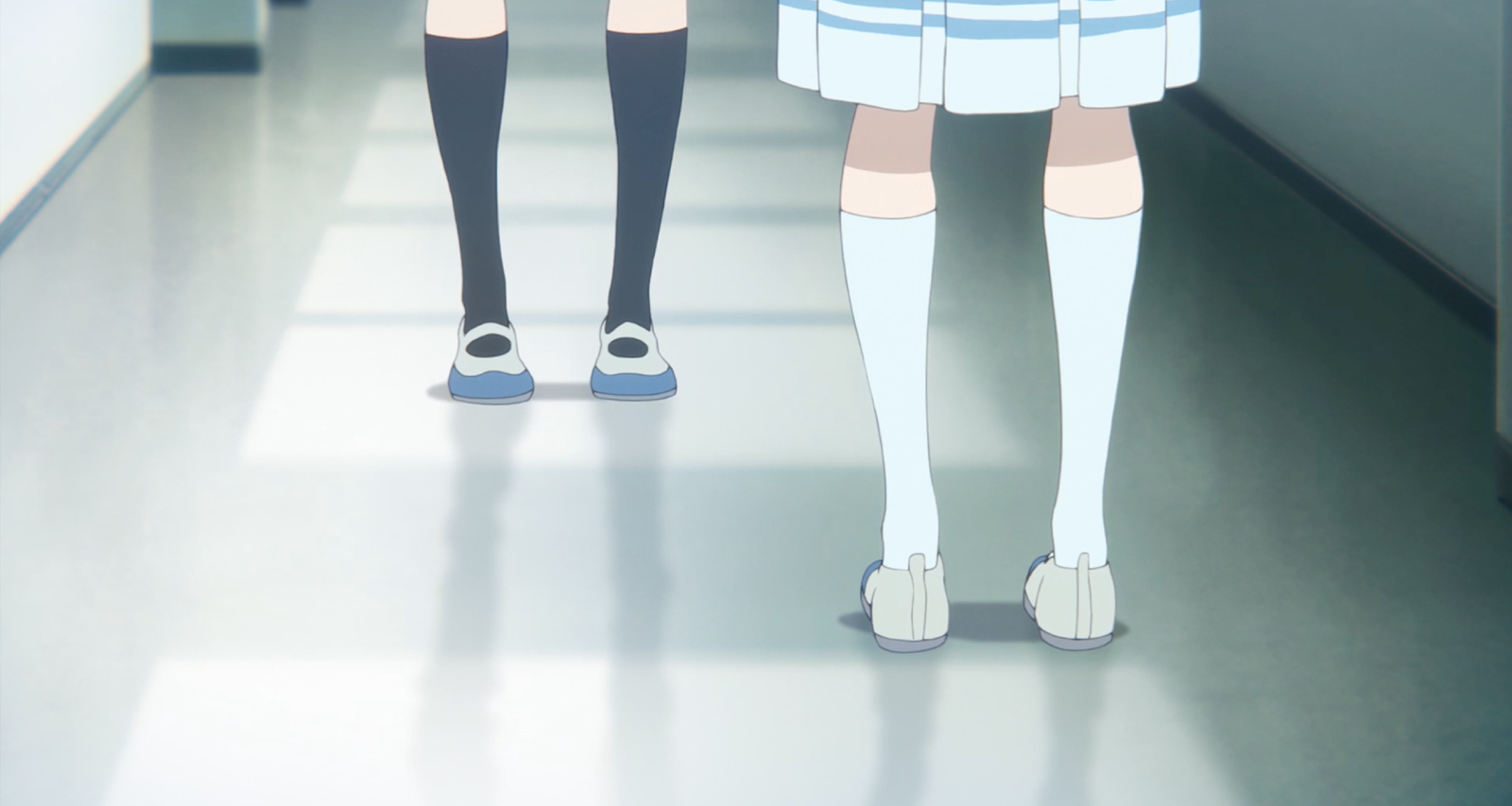 The rest, I’m sure you can deduce. This isn’t to say that Liz and the Blue Bird encapsulates some of the most poignant moments of my high school life, or is a retelling of my own queer coming of age event. It does some of that, but what makes it such a powerful film for me is how it distills the kind of frenetic, lonely, and unhealthy restrictions we put upon ourselves, and each other, to make ourselves feel comfortable. Partially under the pressure of adolescence and upcoming responsibilities, I put much of my best friend on a pedestal for being a kind and easy listener, much in the same way that Nozomi puts Mizore on a pedestal for being talented and hard to approach. My friend put me on a pedestal as someone that exposed her to larger friend groups and activities. In doing so, we pushed each other away, isolating the other into becoming nothing more than that: a conceptual figure, to nurture, but not heal, each other’s loneliness. The result? We parted ways after high school. I blamed myself, not knowing I had fallen in love, and that relationships are a two-way street. I blamed her, not knowing I couldn’t understand or find a way to come to terms with a loneliness that had festered and grown. 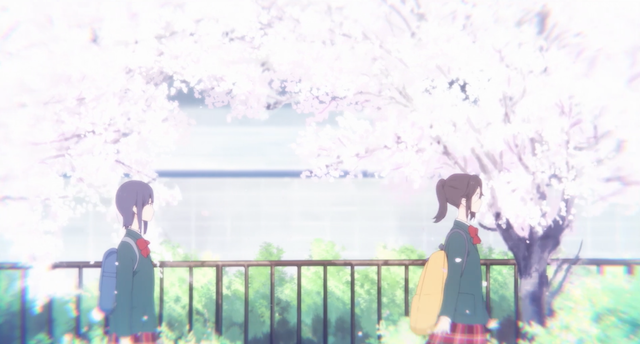 I learned then, that closure is a luxury, that only some can afford. But it can also be something you work towards. How?

Liz and the Blue Bird does not shy away from the hard answer. Vulnerability, it says, and the chance of exposing yourself for who you really are: flaws, ugliness, whole. Nothing is more frightening than this, and nothing is more terrifying than facing the possibility of judgment, rejection, and othering by offering all of ourselves up to another. Words aren’t enough for this kind of raw, desperate plea, especially when you’re a teenager. 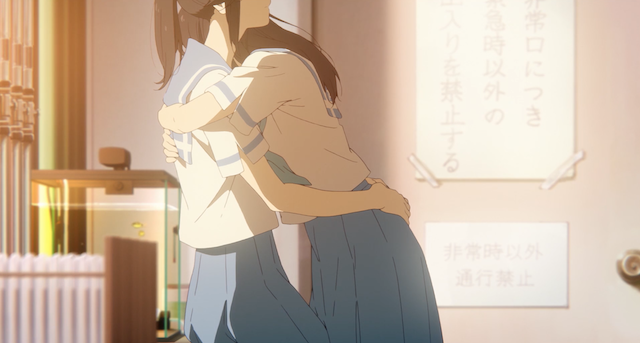 Luckily, as imperfect as we are, we find means to express ourselves in a different way: in the world of art. The catharsis of Liz and the Blue Bird isn’t a simple dialog or verbal conflict between the main two protagonists. It’s in the breathtaking eight-minute scene where Mizore unveils her feelings and lays herself bare by playing each note to its emotional perfection, followed by the movie finally shifting in perspective as Nozomi confesses her own ugliness, pettiness, and loneliness. It’s devastating but also healing. Neither girl is perfect. Neither is perfect even with the other. But in their loneliness and honesty, they can help each other become better versions of themselves. Liz and the Blue Bird whispers to us, softly. The inevitable phase of being alone is something we shouldn’t run away from, or confine in others. Maybe we can ease its pain by finding true understanding in loving others. It’s not easy, and it’s not going to always be happy. But it does offer us a chance at something genuine and lasting.

This, accomplished through the power of art and self-reflection is, at its core, what Liz and the Blue Bird is about. Mizore and Nozomi are able to finally understand each other not through words but pure, emotional instrumental playing. Through a simple hug. Through a children’s storybook. Through the sync of footsteps. Over ten years back, and I wonder: if I had found relief in the beauty of stories, and taken a step of courage towards genuine understanding like Mizore and Nozomi did, would I have been able to communicate better? Been able to empathize more with the girl I fell in love with? Been able to come to terms with my own queerness a little easier?

I can’t say for sure, but I know that Liz and the Blue Bird continues to be a bittersweet reminder of my own quiet blossoming of youth, and how it’s shaped me to become the person I am today. 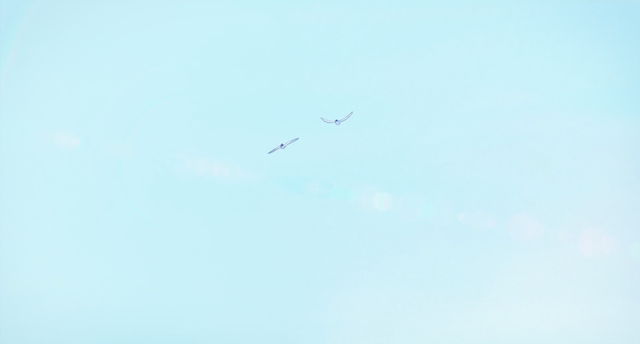 How do you feel about Liz and the Blue Bird? Did it mark an impact on you, or remind you about high school romance and memories? Let us know in the comments!

When not finding ways to doom all her ships, Natasha can often be found on her twitter as @illegenes, or writing more about anime on the blog Isn’t It Electrifying! Feel free to swing by and say hi.
Do you love writing? Do you love anime? If you have an idea for a features story, pitch it to Crunchyroll Features!
Tags
liz and the blue bird, kyoto animation
« Previous Post
Happy Birthday to Black Clover Creator, Yūki Tabata!
Next Post »
Kano Shows Off Cute Dance Moves in Uzaki-chan Wants to Hang Out! OP Song MV
Other Top News
5 Comments
Sort by: