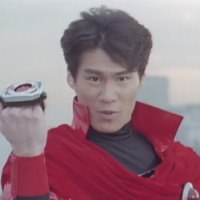 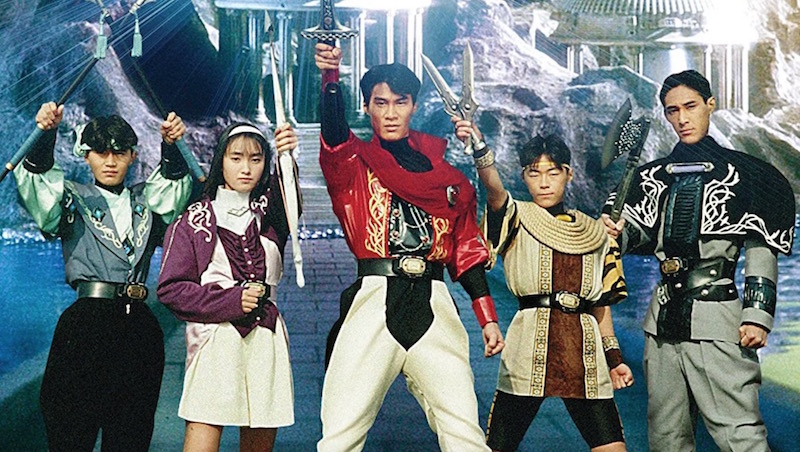 The now popular formula of “young people morph into masked heroes to fight a Big Bad using giant robots and other sci-fi weapons” might have been popularized in the West by Power Rangers but that’s not where it started. It, of course, all goes back to Spider-Man. In the 1970s, Toei and Marvel partnered up to exchange ideas, properties, and produce a bunch of sci-fi shows together. One of them was the Japanese Spider-Man, which differed slightly from the character we know today. Nothing major. It’s just that this Spider-Man gets his powers from the blood of an alien from Planet Spider and pilots a giant mecha called Leopardon to fight Professor Monster and his evil Iron Cross Army.

Toei and Marvel also produced a bunch of the so called Super Sentai shows, the later incarnations of which took the transforming giant robot bits from Spider-Man and combined them with idea of a squad of masked heroes, which quickly became the series staple. Eventually, one Super Sentai show, Kyoryu Sentai Zyuranger (Dinosaur Squad Zyuranger), got spliced with scenes of American actors and was reworked in the US as Power Rangers, and it’s all thanks to Spider-Man. And yet, that’s still the least crazy thing about that particular show.

The Original Villain is So Much More Interesting

In Power Rangers, the alien Zordon needs the Power Rangers to fight Rita Repulsa after a bunch of astronauts stupidly free her from her Moon Prison. In Kyoryu Sentai Zyuranger, on the other hand, Rita is actually Bandora the Witch, and she is stupidly freed from an underground prison on Nemesis by astronauts that were studying the planet because it only gets close to Earth every 23 million years. How in the world would humans ever know this? Enough with your annoying questions, we have penny-farthings to fly. 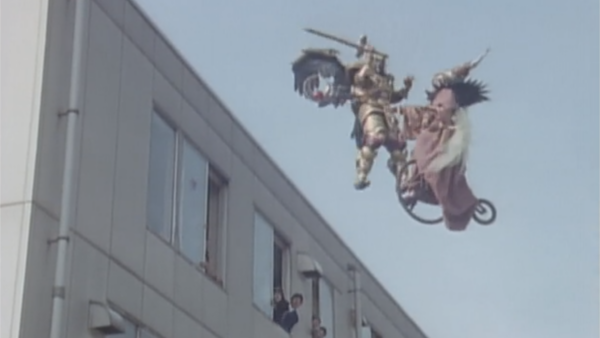 On Earth, Bandora uses her magic to merge a bunch of buildings together and create her palace. Then she straight up starts blowing crap up with magic, probably killing thousands in the process. Say what you will about this villainess, she is so much more hands-on than Rita, who only ever sat on the Moon and threw her staff onto Earth like some magical (yet somehow slightly less lethal) lawn dart. 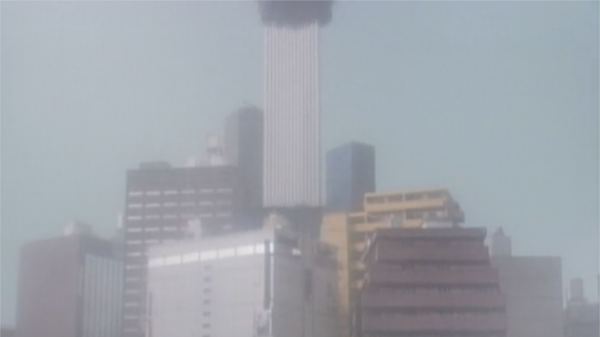 During the slaughter, Bandora is temporarily stopped by … a janitor. He actually turns out to be the White Magician Barza who’s been posted on Earth for millions of years, waiting in case Bandora ever came back. He more or less fills the role of Zordon on the show. He also looks like … this: 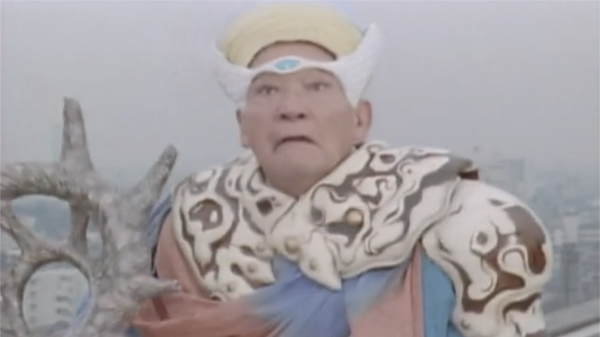 Please take a moment to take it all in. But not too long because we still haven’t gotten to the Rangers themselves. Rather than being “five teenagers with attitude,” they are in fact part of an extinct race that evolved from dinosaurs. That’s why their “Zords” are all prehistoric beasts: each represents the animal that gave birth to each dinosaur-human nation. So the Red Ranger is literally part T-Rex. The Black Ranger is apparently evolved from wooly mammoths. Does this make the Yellow Ranger, whose Zord was the sabretooth tiger, an actual catgirl? No, no, no. It makes HIM a catboy. Because the original Yellow Ranger is a guy. His name is LITERALLY “Boi.” 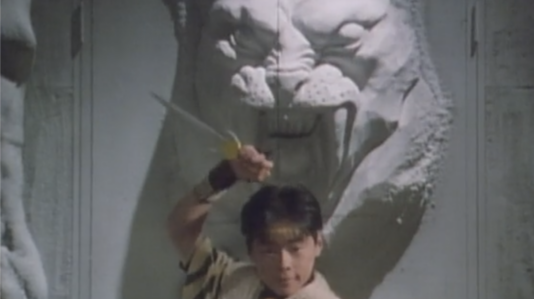 It’s why the Yellow Ranger, despite supposedly being female in the American version (played by Thuy Trang), didn’t have a skirt like the Pink Ranger. You can be sure she was a girl because when Barza woke everyone up, he made sure to add that there’s no time for the Pink Ranger to put on her make-up. But wake up from what, you ask? Ah, well … at the beginning of Kyoryu Sentai Zyuranger, the Rangers are in suspended animation, as they have been for 170 million years. The long sleep probably helped them cope with the fact that Bandora slaughtered all of their friends and families. The Red Ranger even mentions specifically how he lost his 10-year-old sister at the hands of the witch. Yeah, this series is a weird mix of wacky comedy and depressing personal trauma.

The Show Has Tons of Great Comedic Moments

The standard Rita foot soldiers, the Putty Patrollers, are first introduced as tiny, adorable little putty dolls that draw the Rangers in with their cuteness. Then when the dino-humans get close enough, they grow in size and hit them in their smiling, dumb faces. 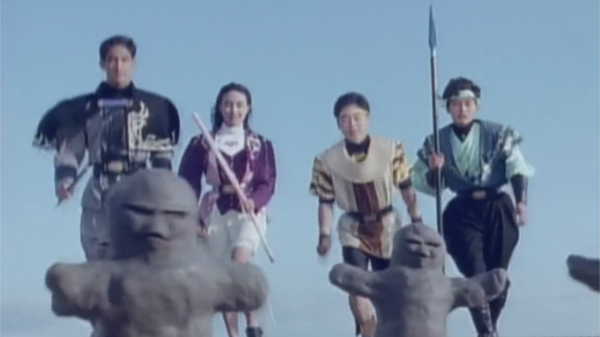 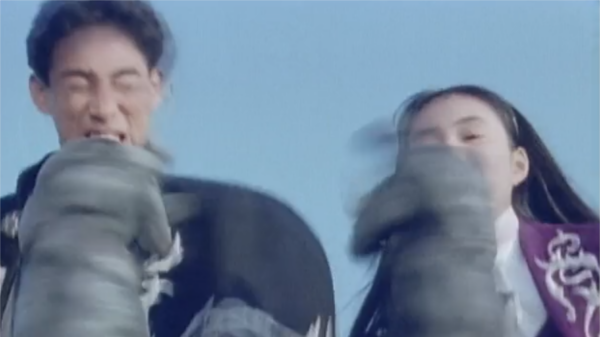 There is plenty of weird, quirky humor like that throughout the show. One of the most memorable Power Ranger villains was Pudgy Pig, the pig head monster in a Roman Centurion helmet. His footage is, of course, taken from Kyoryu Sentai Zyuranger, specifically from the episode where he … just torments a normal Japanese family. They almost starve to death, and that’s sad but also the stakes here are so hilariously low, the entire thing turns into a giant farce, and you cannot stop looking because it’s a giant walking pig head just being a jerk to a bunch of random people. 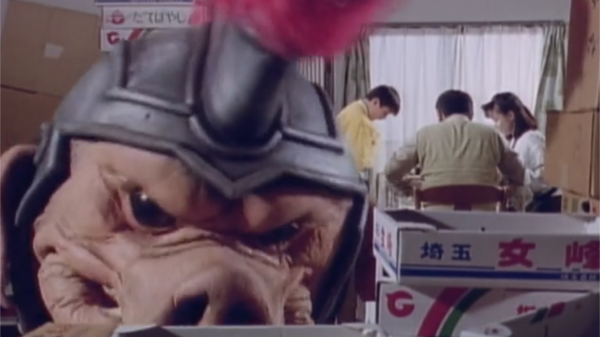 Episode 9 is about the Rangers looking for a dinosaur egg. Episode 11 is about fighting a genie. Episode 12 is called “Papa's a Vampire!?” Another episode is about an elf who sucks things into a magic bottle. It’s all so tongue-in-cheek that it makes Power Rangers look SILLY because of how seriously they took what was essentially a weird kids’ show (with occasional genocide and PTSD). Watch both of them back to back and see if you agree.

Editor's Note: You can own Zyuranger on DVD thanks to the folks at Shout! Factory, and you may even catch it streaming on their TokuSHOUTsu channel on Pluto TV, and right here on VRV!

Have you seen Kyoryu Sentai Zyuranger? How does it compare to Power Rangers? Let us know in the comment section!

Why Sailor Moon, Yu-Gi-Oh!, and Power Rangers Were Changed in America