RECAP: Friends, Foes and Witches? Who's Who in Re:ZERO Episode 7

Episode 7 of Re:ZERO -Starting Life in Another World- is here! 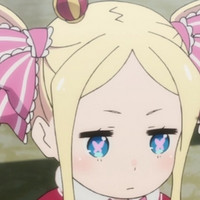 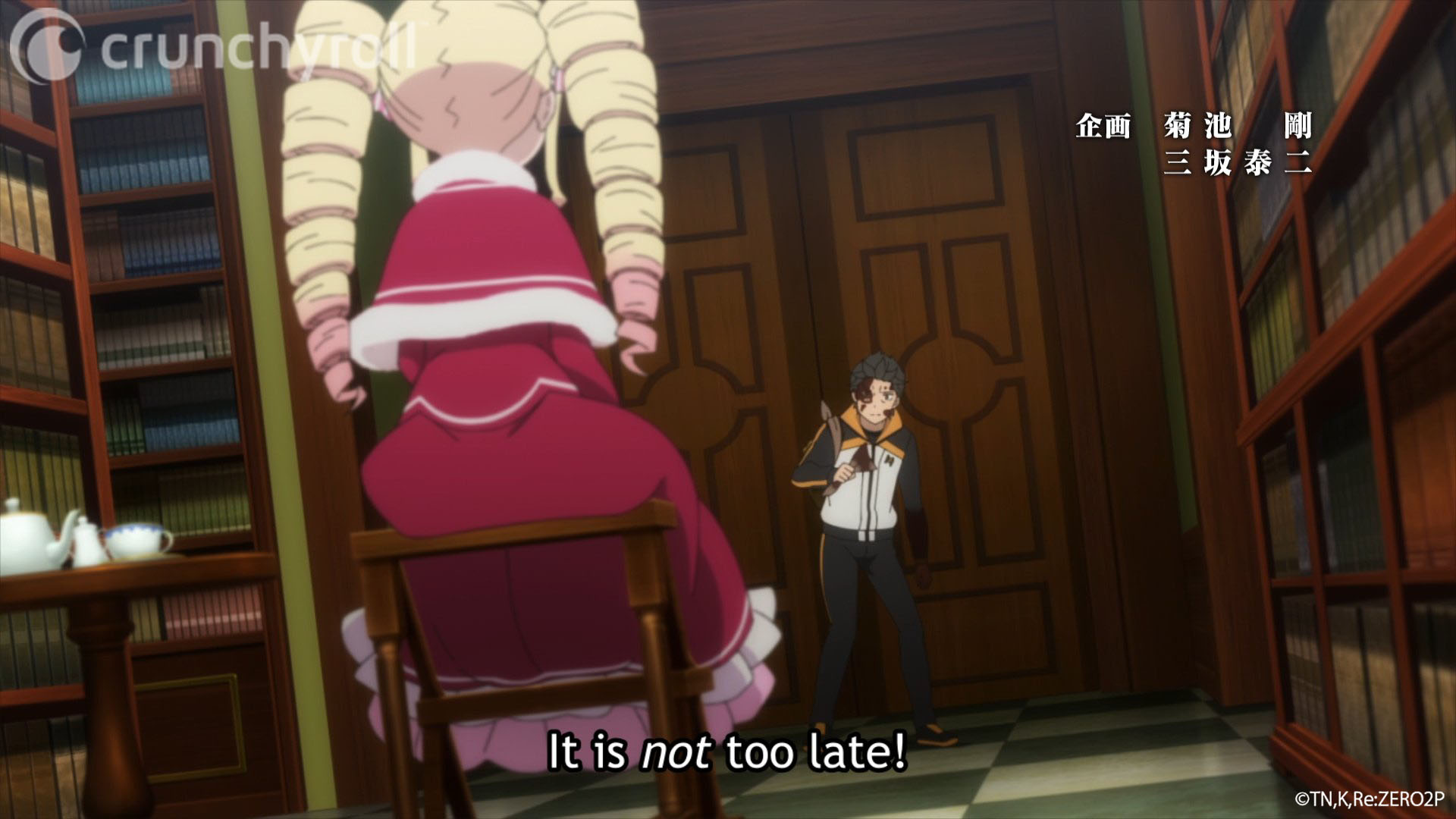 **SPOILERS FOR RE:ZERO -STARTING LIFE IN ANOTHER WORLD- SEASON 2, EPISODE 7 AHEAD**

After the spicy events that took place in Episode 6, we're off to a very hot start in Episode 7. Following Elsa's bloodshed at the invasion of Roswaal's manor, Subaru — in mental turmoil — desperately wants to kill himself so the ugly events within this timeline can be reversed. You know, the usual?

But Beatrice saves him with her dimensional prowess and won't allow it. 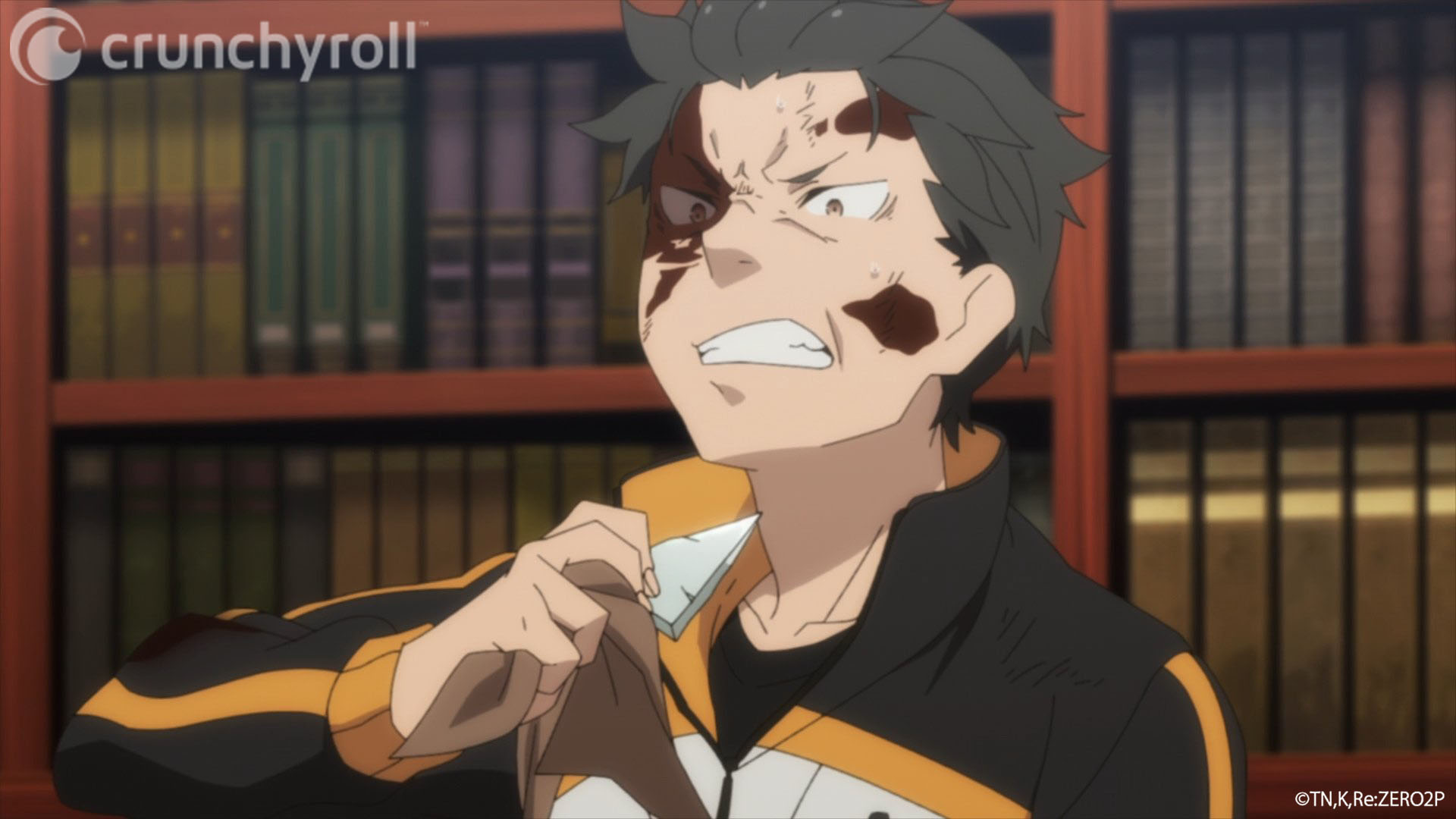 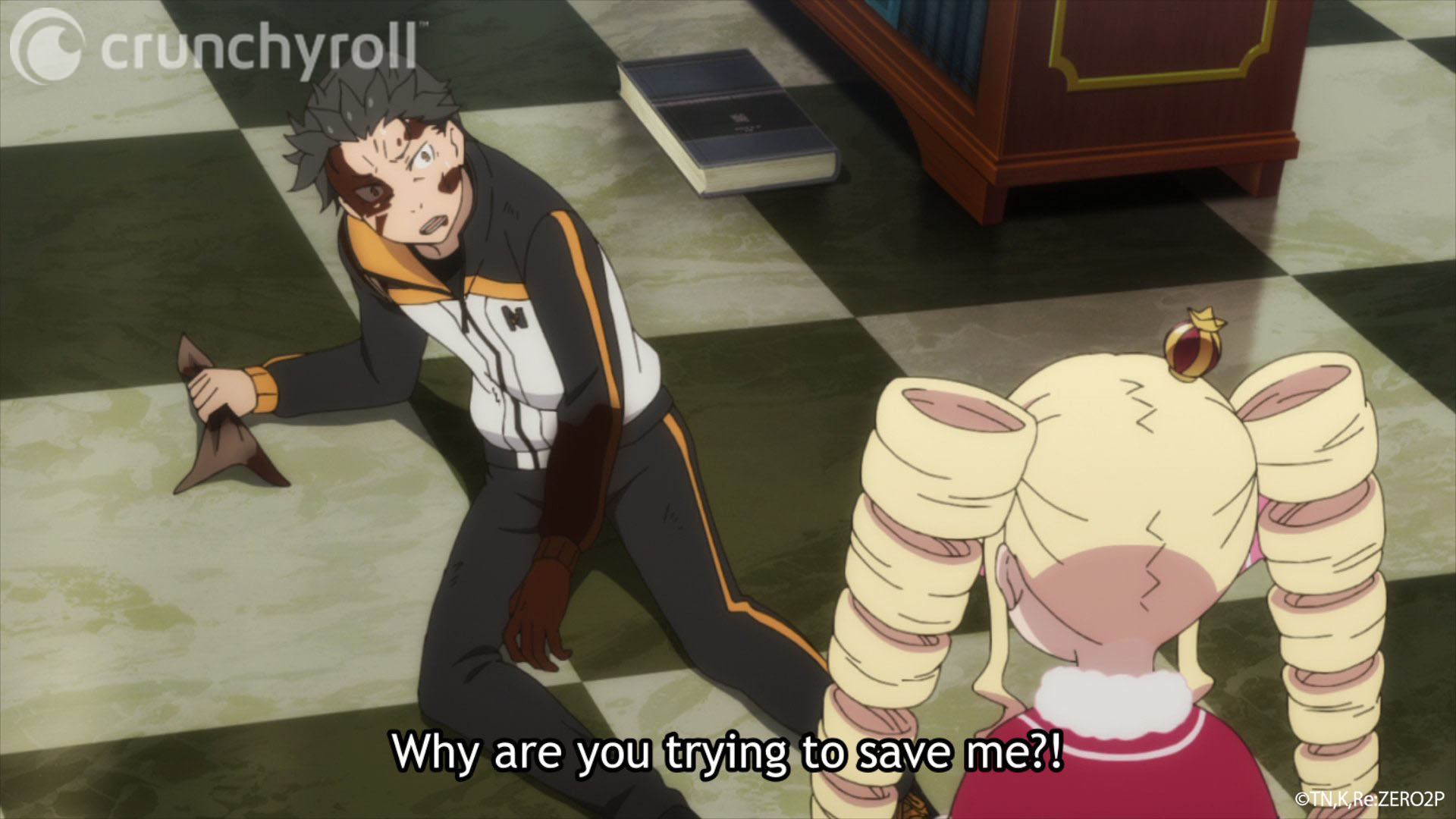 Obviously she's ignorant as to what kind of power Subaru possesses, as everyone is, and cannot let him go through with it. But we do receive possible hints that Beatrice could be aligned with the Witch's Cult when she reveals that every action she's taking follows the gospel. 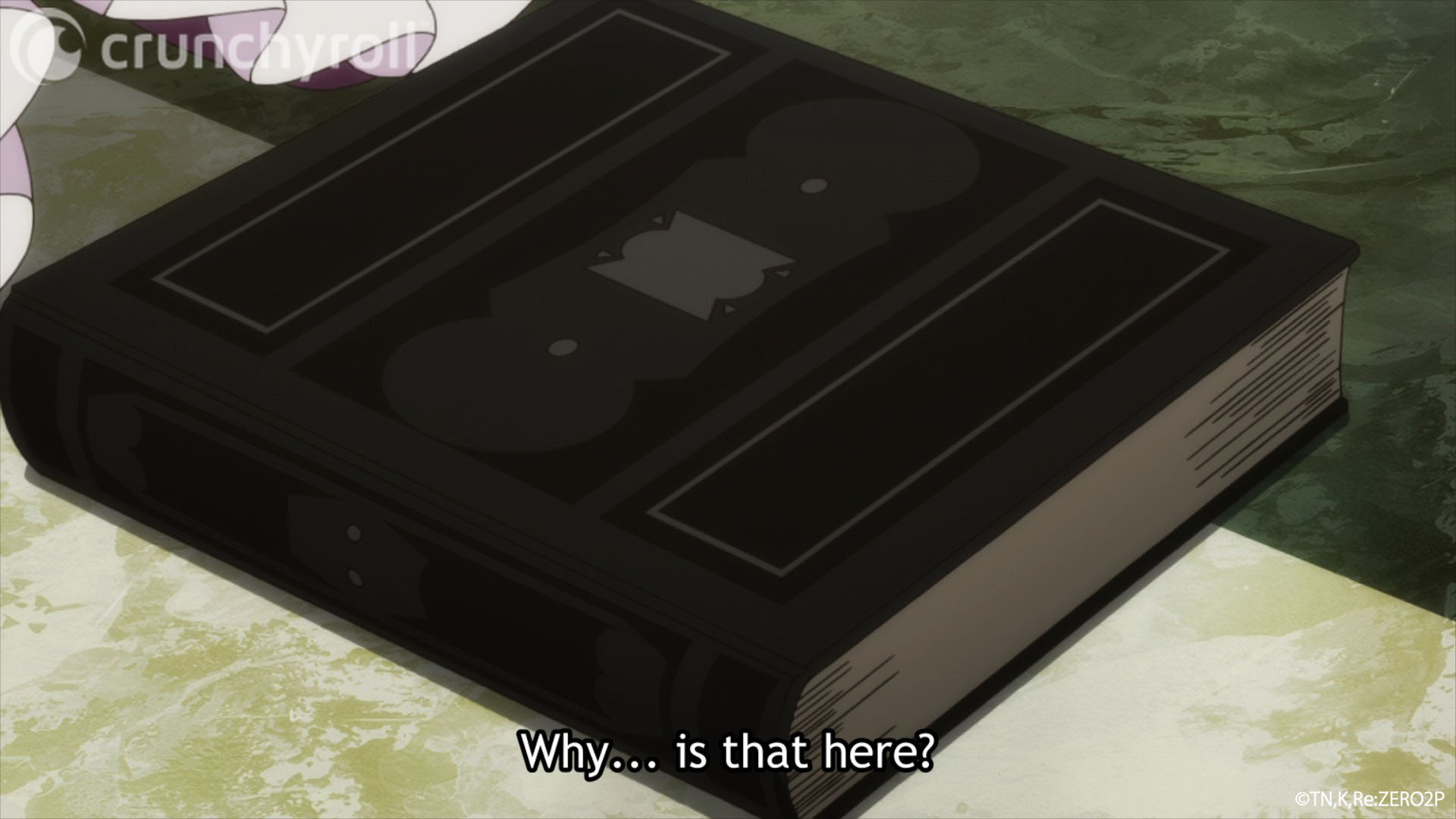 Moments after discussing her convictions and lack of free will, there is a bashful exchange that alludes to Beatrice deeply caring for Subaru and reminiscing on good times. As she's clutching the book, Subaru does stand up and approach her. It's so ambiguous as to whether he's trying to take the gospel, or just give her a hug.

Not that it matters, because they're abruptly interrupted by Elsa, who finds the room they had escaped to. Once again, she executes Subaru brutally.

Take three! We're brought back to the checkpoint of Emilia's trial. 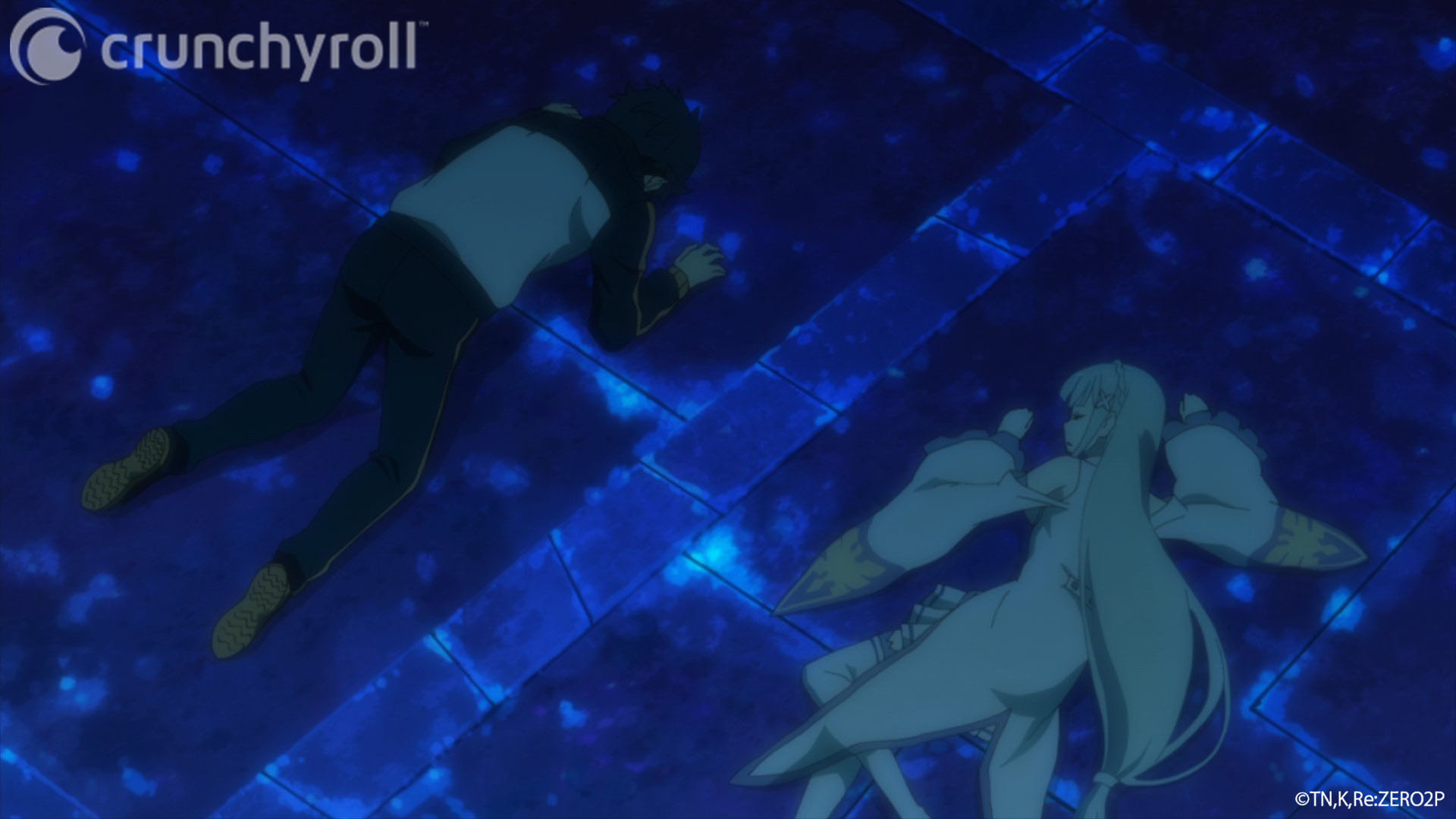 From here, the episode takes a slower pace than the previous one. Consider it a much-needed break.

Instead of taking us back to the table discussion, this episode flashes past it with some quick shots of it, and then Subaru's outside having a warm conversation with Otto the merchant. Garfiel interjects and asks Subaru if he's got a second to chat. They stroll deep into the woods. Where they're met with the Sanctuary's mysterious leader, Ryuzu. 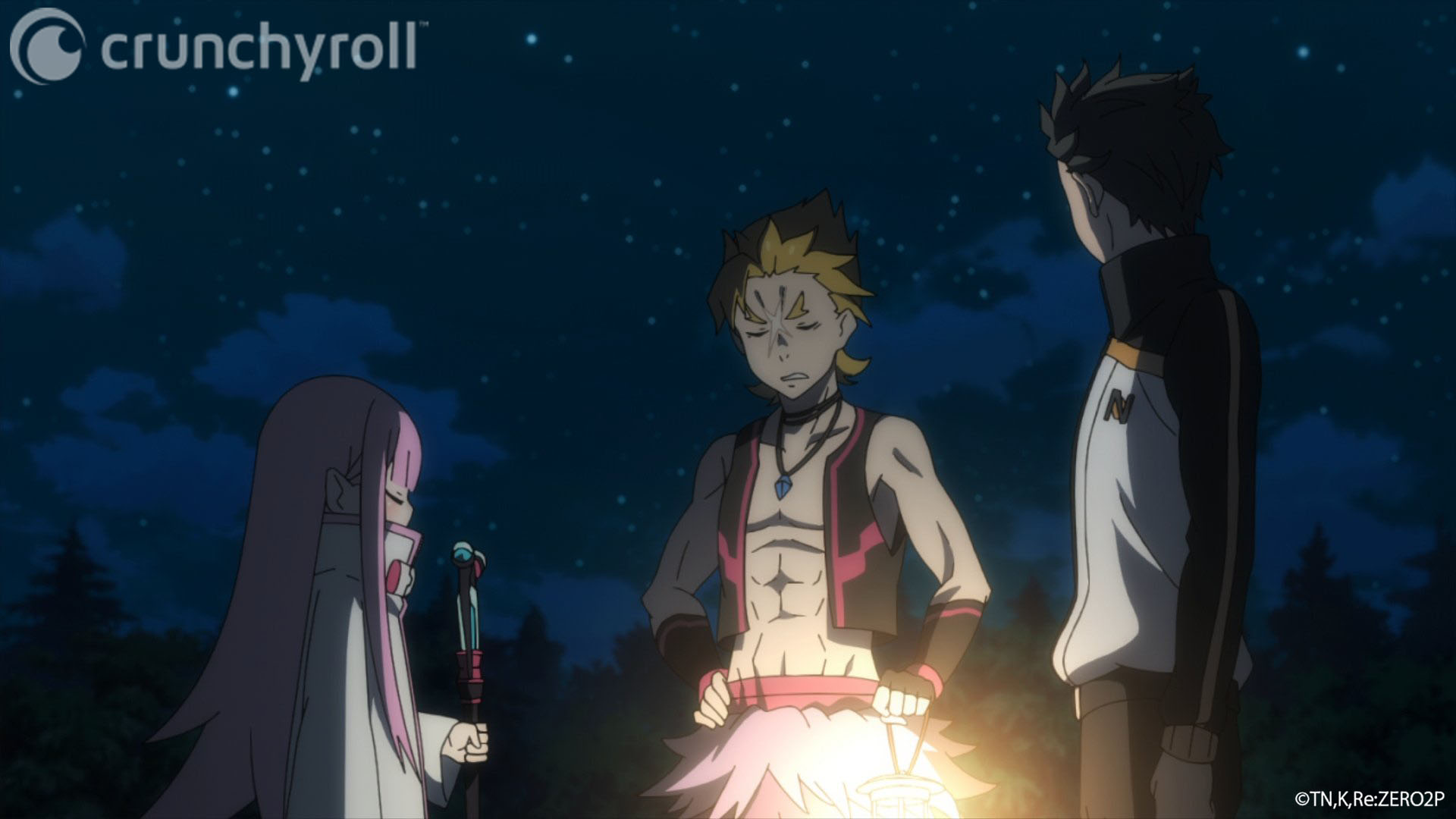 In this scene, we learn a whole lot more about Garfiel and Frederica's backstory, along with some more of the Sanctuary's guidelines. Once again, they deny Subaru's desire to take the trial in Emilia's place. After that, Subaru discloses to them that he had taken the trial himself and emerged successful. Shocked, Ryuzu and Garfiel aren't pleased with that information and they detain Subaru. We're only left to wonder why. 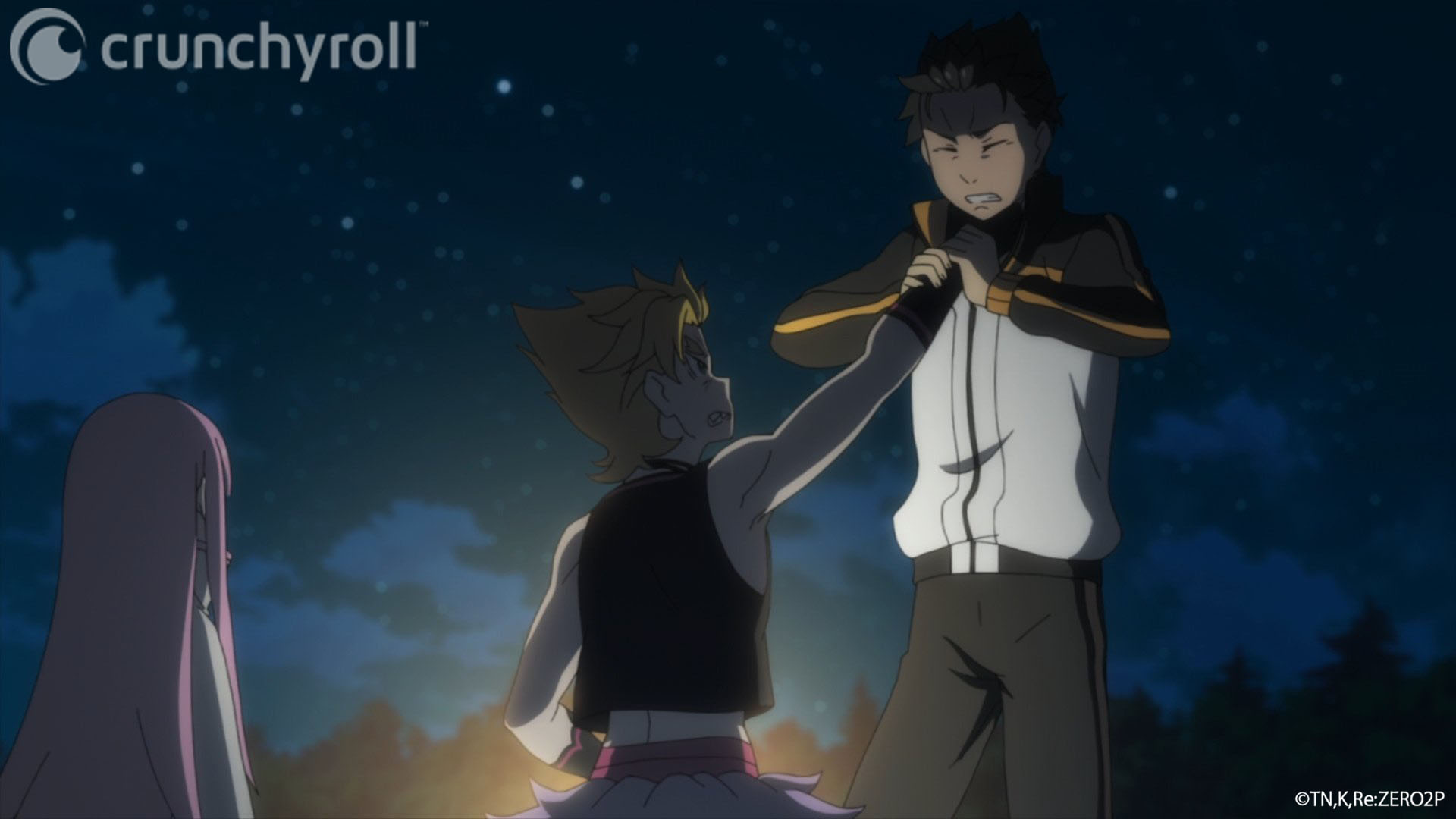 Subaru is struggling while he's immobilized, and Garfiel is roughly throwing him around. Garfiel, enraged, explains that Subaru reeks of the Witch's scent, a trait of Subaru's that hasn't been referenced in quite awhile. He's left in the dungeon for three days only to ponder on everything that's happened, and Garfiel's ability to detect that scent.

Meanwhile, the village is searching for Subaru all over. Garfiel is aware of how well-liked Subaru is and hides his involvement by lying to the masses, telling them he wandered into the woods and nobody ever returns from them. Otto, who initially saw Subaru leave with Garfiel, is suspicious and Garfiel recognizes that. They privately chat and Garfiel offers him an artifact to stay hush-hush. But that won't stop Otto! That's right, best boy Otto risks his life to save the day and free Subaru of the dungeon's shackles. He snuck in there against Garfiel's will and caught Subaru up to speed with what was happening outside. We learn that Emilia is over-exerting herself to finish the trail faster because she was promised that conquering it will then prioritize forming a search party to "find" Subaru.

We then get to enjoy a conversation between Otto and Subaru regarding the value of their friendship. Given their dynamic, Subaru can't help but playfully mock Otto for his sweetness. A friendship that truly knows no bounds. While Subaru might not physically be the strongest, his charisma stat is through the ROOF. The friends he makes inevitably aspire to apply pieces of his strong personality to themselves.

The episode ends with Subaru's gratitude (and a tear or two). Then, credits. 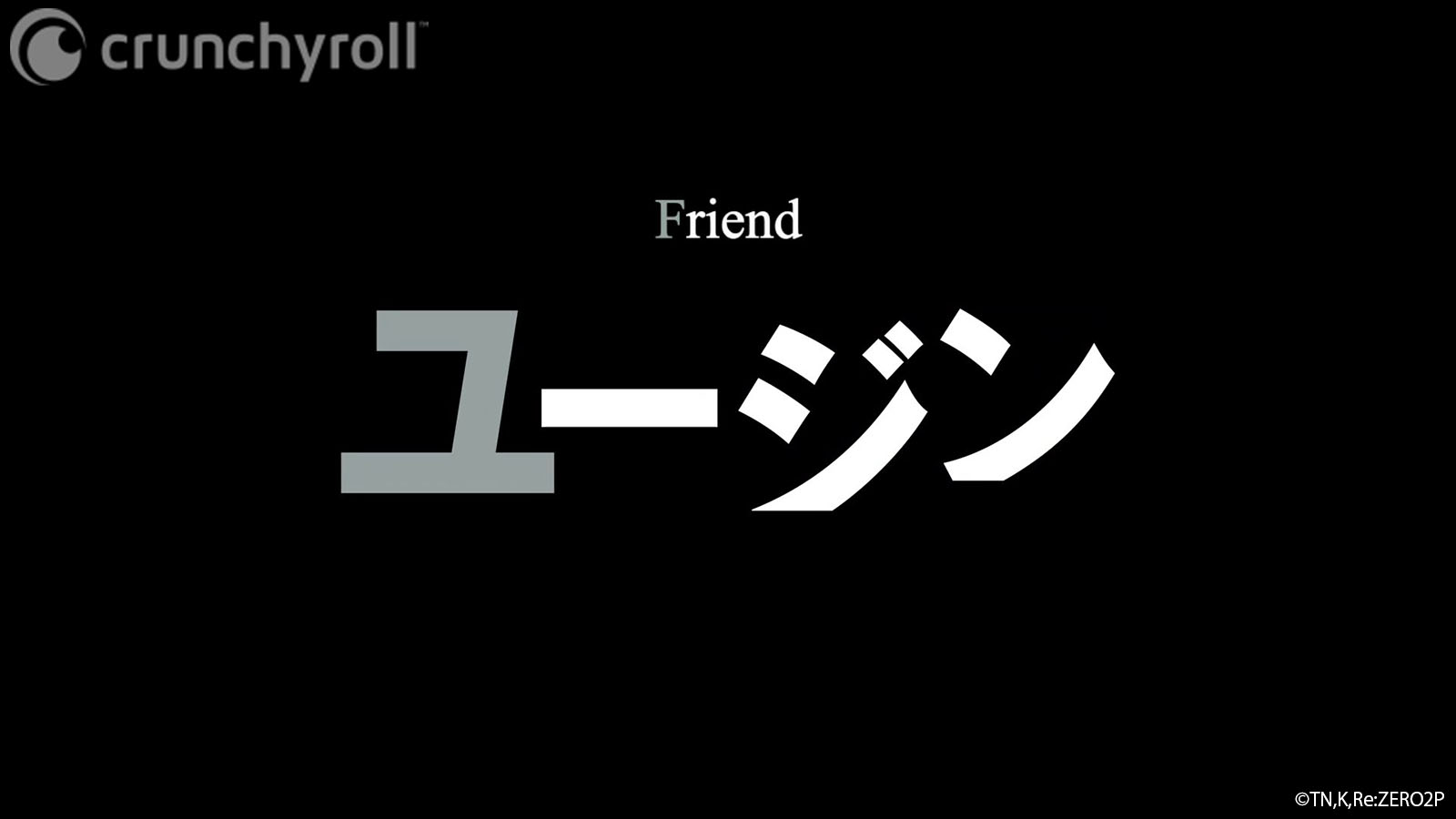 Ryuzu and Garfiel have acted quite peculiarly. Do you sense an ulterior motive? Tell us your thoughts on Ri:Zero kara Hajimeru Isekai Seikatsu in the comments!