How the Lost Children Arc is a unique, disturbing, and poignant mix of some classic titles 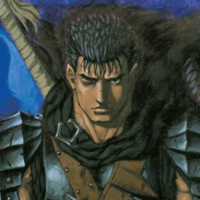 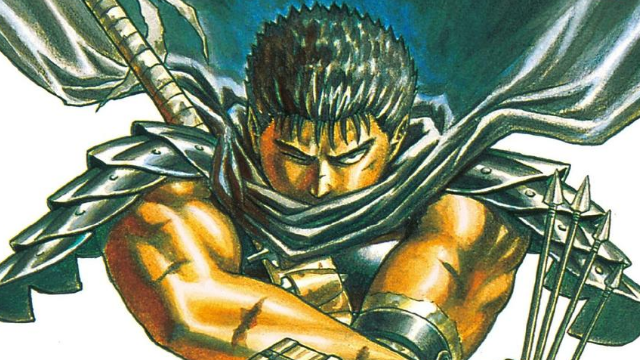 EDITOR'S NOTE 8/25/20: The original headline of this article has been changed, as well as some of the body of the text to further reflect Matt's opinion within the article.

My tastes in media have shifted in all sorts of directions throughout the years, but there’s one constant: Berserk is still my favorite manga and my favorite work of fiction, period. It was an absolute game-changer for me when I first experienced Miura’s hellish fantasy in early high school. I was amazed to see a manga that amalgamated so many appealing and variegated concepts, emotions, and aesthetic elements into one cohesive package. Miura’s world was not only frightening, but also beautiful, and even in my adolescent opinion, I thought it had the most painstakingly gorgeous hand-drawn illustrations I had ever seen. Despite very clearly being a Seinen in terms of its target demographic and adult content, I was shocked at the way it also seemed to blend the best of Shonen with the emotional depth and character development more native to Shojo.

In recent times, I found out my personal interpretation of Berserk might be more factually on point than I realized. Kentaro Miura, the creator, remarked in a Crunchyroll interview that Fist of the North Star greatly influenced Berserk. Miura also mentioned in the official Berserk Official Guidebook that the character Serpico was meant to mirror Andre from the acclaimed European-inspired Shojo Rose of Versailles. To celebrate the anniversary of the Berserk manga, I’ll explore how the depressingly overlooked Lost Children Arc — in particular, volumes 14-16 — embodies Miura’s unique mesh of the best of both Shonen and Shojo (on top of being a Seinen), resulting in an entirely original and moving narrative. Because of this, Berserk is rightfully branded (pun intended, tee-hee) as a monolithic manga masterpiece for the ages. Read on for more. 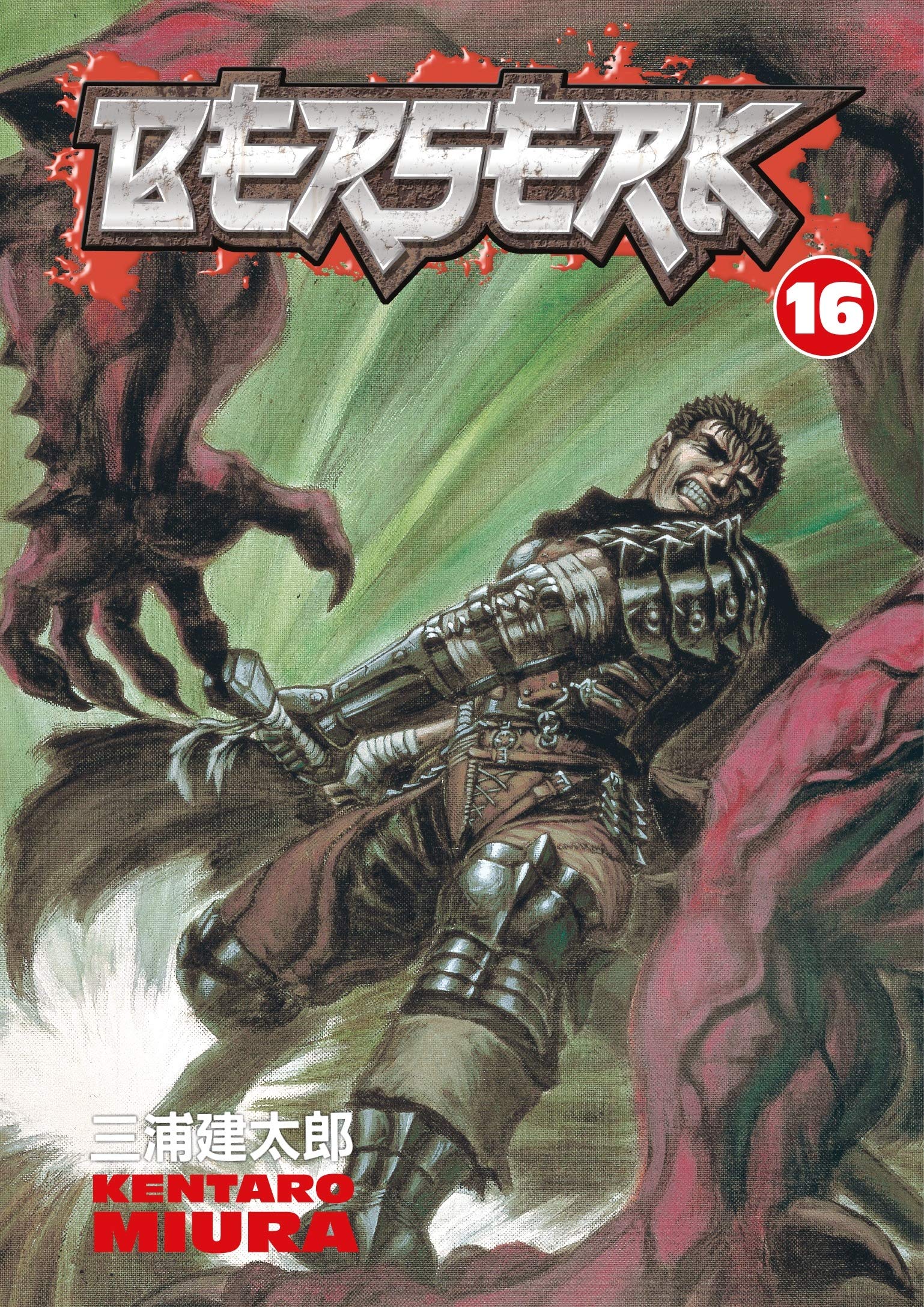 The Lost Children Arc is, in my opinion, the most underrated of all Berserk arcs. The short saga rarely gets discussed in online circles and has been skipped in both anime and game incarnations of the series (even in the most recent musou-style PS4 Berserk title). There are good reasons why, as the arc features some very graphic depictions of abuse and violence toward children. Despite its sensitive and graphic nature, the Lost Children Arc provides very cautionary insights about the cyclical nature/consequences of abuse toward kids. Miura is at his most compassionate here, encouraging readers to look at the ugliness of life straight in the eye while simultaneously showing the beauty of humanity’s indomitable will to survive.

Berserk's central character, Guts, meets Jill — a young girl and the protagonist of the arc — in a manner somewhat similar to the first meeting between Kenshiro and Rin in Fist of the North Star: The Movie. Guts saves Jill from a cruel group of men who kidnapped her, just as Kenshiro saves Rin from, well, a cruel group of violent men too. Guts goes to Jill’s hometown, which is plagued by demonic elves who eat humans and steal the children in the village. The central antagonist is Rosine, an Apostle who sacrificed the lives of her parents in order to obtain demonic powers, and who turns stolen children into murderous elves. Rosine and Jill were the closest of friends growing up, and both experienced the same level of abuse from their respective fathers. These two abusive father figures exemplify the unique way Berserk departs from Shonen like Fist of the North Star.

Berserk borrows FotNS's depiction of the dreary lives led by many of the average inhabitants of its bleak universe. But whereas FotNS almost always portrays the average person/family of the post-apocalyptic world within a positive light, Berserk offers no easy dichotomy. Outside of the main characters and villains, FotNS is a roughly binary world split between the muscular roaming murderers and the hapless, regular people trying to survive their grim existence. Berserk is comparatively much starker since it displays the grisly realities of household abuse, and refuses to portray the average family as uniformly faultless, saintly individuals. Jill’s father is an embittered alcoholic who abuses both his wife and daughter, and Rosine’s father does the same to her. Miura’s Berserk, unlike FotNS, is a disturbing — yet sadly realistic — world where even average individuals embody the same cruelty of their environment, where horror is focalized within the everyday, as well. Showing that disenfranchised, suffering individuals are capable of continuing cycles of abuse gives Berserk a nuanced edge that sets it apart from other Shonen/Seinen. 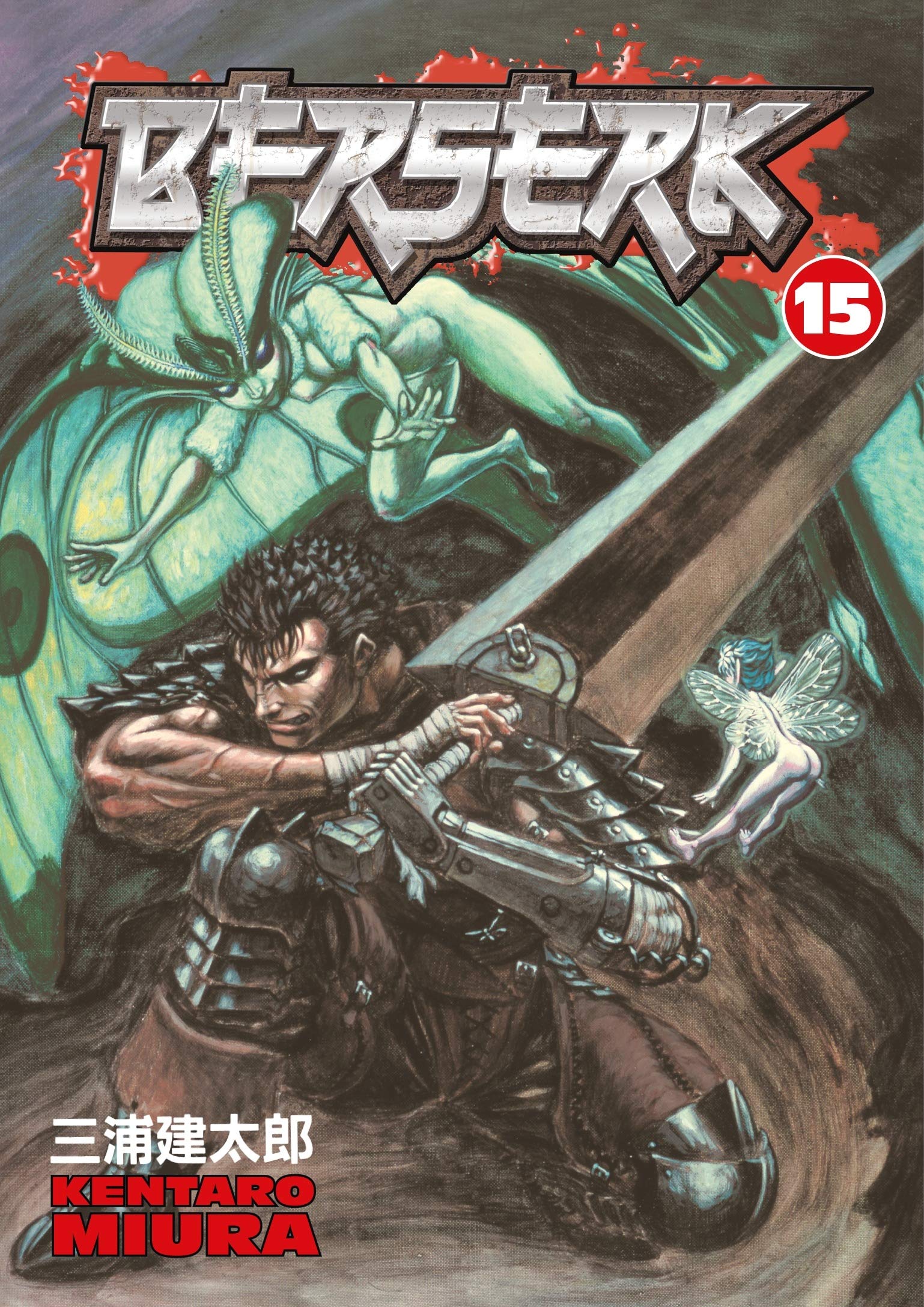 The basic setup for the Lost Children Arc features many elements commonplace in the world of Shojo: a story that strongly revolves around a friendship between two young girls, highly emotional moments of character development, and a magical fairytale trope that involves transformation. Miura, however, takes these elements and flips them on their head. This arc further drives home Berserk's realist message via heavily deconstructing some of the aforementioned fantasy Shojo tropes. In a show like Sailor Moon, for example, Usagi and the Sailor Guardians must transform into their magical forms, and use their magical powers to fend off demons and save their loved ones along with the Earth. Their "regular" day-to-day human selves are not enough to defeat the evil beings and trials they face. Though it’s debatable, as I could see someone referencing love and friendship as the "true" means of triumph in Sailor Moon, I see its fantastical elements as the primary vehicles through which salvation, unity, and victory is achieved.

In contrast, Berserk does the inverse and uses ostensibly escapist Shojo fantasy elements and magical powers to express a disturbing, sobering message. In one sequence, Jill is horrified that the demon elves actually kill each other in their mock warfare activities, and Rosine tells her they’re simply "playing human" in those games. Here, Miura uses the fantastical, mystical environment of Rosine and her misty valley to reenact and highlight the gruesome realities of human cruelty. In this way, the typically kid-friendly presence of fairytale-like elves is instead used as a vehicle to point toward the grim, bare facts of human reality, rather than the typical usage of fantasy as an escape from the hard truths of our existence. However, even though Miura uses Rosine’s fantastical powers as a means to communicate the ugliness of human behavior, he simultaneously adds a sympathetic layer to her character that expresses a deeply compassionate look at how enduring exploitation can easily reproduce horror and suffering.

Rosine's decision to sacrifice her parents and become a terrifying demonic being feels very understandable given the persistent maltreatment and alienation she experienced. Although Rosine’s actions are utterly indefensible, the manga still invites readers to remember her humanity. It’s hard not to feel empathy for Rosine, once a young girl who simply longed to live in a happier, better world where adult men did not abuse her and make others suffer needlessly. Gaining malicious power with the Behelit was an anguished cry from her inconsolable heart that understandably — though not justifiably — rejected the endless harshities of life. Ultimately, Miura both deconstructs and simultaneously reconstitutes aspects of Shojo by completely overhauling the symbolic usage of fantasy, while still maintaining a strong emotional pull in the character of Rosine.

Finally, Miura creates even more nuance around this unique take on Shojo fantasy in the moment Rosine dies. Rosine personally identified with a fairytale about a lonely outcast child named Peekaf and expressed deep sorrow that she found no elves when she visited the Misty Valley. Puck — the Elf that follows Guts and provides much-needed comedic relief throughout all of Berserk — reveals that Elves likely did live in the Misty Valley, and his very existence proves the meaning of the story of tragic Peekaf. Rosine experiences a brief blip of comfort in her last moments as she tearfully realizes the fantasy story she clung to for dear life was not entirely false or meaningless. Fantasy, even as its most escapist, is not worthless. Here Miura adds another layer of thematic complexity by reminding us that make-believe has traces of important truths, and "unrealistic" fantastical narratives can still help us even if the reality of life isn’t as bright or as blissful as we hoped. 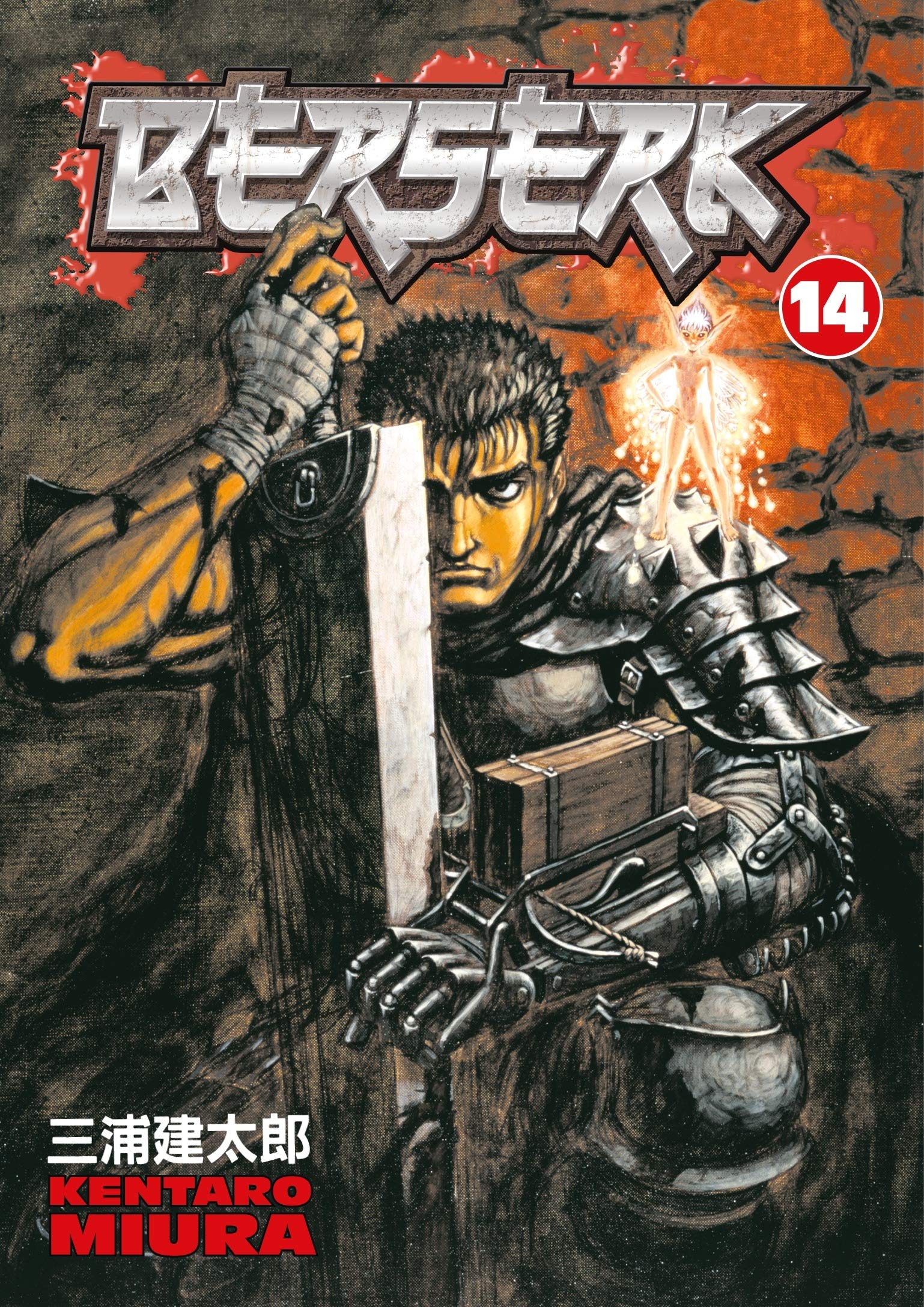 In addition to the complexity given to both secondary "regular" characters and antagonists, Berserk uses Guts to defy common tropes of male Shonen protagonists. Unlike the rather "righteous" stoic purity of someone like Kenshiro, Guts is gleefully ruthless against his enemies and does some dastardly stuff to achieve a win. Throughout the arc, Guts uses Jill as a hostage, almost slices her in half, and then kills what turns out to be demonic versions of formerly human children. This makes Guts appear to be more of a "villain" on the surface than even Rosine and her elves, which is a rather uncommon inversion within the world of Shonen. Jill outright refers to Guts as the one who looked more like a "terrifying monster" at the end of Volume 15, and Farnese and her men are all convinced that Guts is the feared Hawk of Darkness, an ominous harbinger of world chaos. Despite this, Miura graces Guts with immense in-depth emotional development and refuses to keep him in a stationary, one-dimensional box.

In one example, Guts views the bruises on Jill’s body with an empathetic look, having also been victimized by a surrogate father figure named Gambino. At the end of the arc, Guts tells Jill to look around him at all the darkness, and tells Jill with tenderness, “There is no paradise for you to escape to.” Guts says she’ll only find a battlefield, and tells Jill to return to the personal battlefield that is her life. Both these moments carefully and touchingly imbue Guts with a compassionate side beneath his veil of ruthlessness, giving him a level of sympathetic intricacy more common to Shojo characters. Berserk constantly reminds me that Guts is a character who has led an unbelievably tragic and painful life, which makes his tender expressions and intimate emotional scenes feel all the more poignant. I love most Shonen protagonists, but I admit their emotional palette is often woefully limited to masculinist tenacity/stoicism. This makes a figure like Guts stand out all the more due to his multifaceted, organic character development.

In the last scene of the arc, Jill remarks after Guts leaves that "the mist was pushed out by the flames," leaving only a clear view that did not possess the spectacle of flying in the sky with Rosine. Jill realizes she can’t be as violent as Guts or run away like Rosine, but she can at least try "crying and shouting and biting" her way through, and "maybe change something." These last words by Jill highlight the most powerful message of the arc: The world is overwhelmingly cruel, but so long as we can accept and address it with eyes clear and open, there is hope to survive and live to see a better day. For me, I have never seen another Shonen or Shojo express this notion with the same audacity, depth, and idiosyncrasy as Berserk. I think I'll continue to carry Miura’s words through my own battlefield.

What do you think Berserk does best as a manga? Which Berserk arc is your favorite? Let me know in the comments below!