"Aah, so it's like that, huh. I understand everything now." 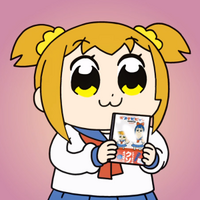 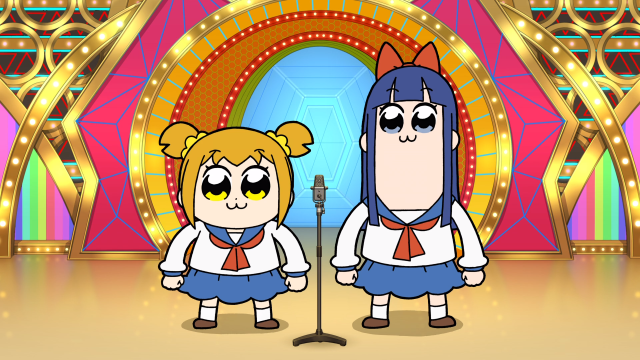 Six years ago today, the stars aligned and with the power of some cosmic entities, Bkub Okawa’s gag four-panel manga series Pop Team Epic began serializing on publisher Takeshobo’s website Manga Life Win. The series is available in English from North American publisher Vertical, all surreal goofs intact. However, Pop Team Epic notoriously defies neat categorization. In fact, the back-and-forth bickering of its two 14-year-old protagonists, Popuko (short and aggressive) and Pipimi (tall and mostly reserved) veers into the outright obscene. Violent, even. For as many memes and in-jokes Okawa’s manga has given us, what’s up with this simple set-up that absolutely drives everyone bonkers?

For as eccentric and reference-heavy Pop Team Epic’s humor is, the basic premise is incredibly simple: Popuko and Pipimi hang out, have a weird conversation, and therefore weird things happen. Funny jokes about YouTubers or video games only go so far, though. If Pop Team Epic is anything, it’s a comedy of characterization and the matter of “getting it” when it comes to the delightful merits of being blunt and dumb on purpose. In other words, you might say Popuko and Pipimi are two trigger-happy jokesters enjoying life on opposite sides of the same coin: the straight man and the funny man. 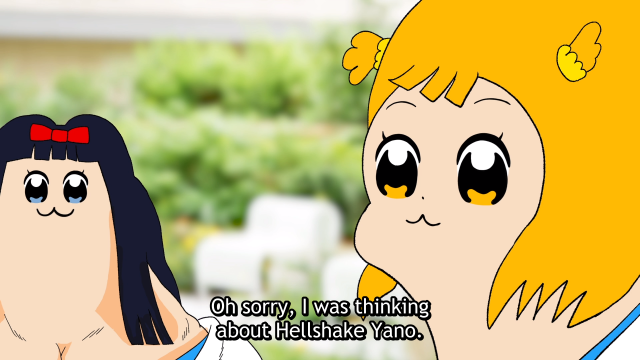 "Oh sorry, I was thinking about Hellshake Yano."

Man, What's Up With Manzai?

Two-person stand-up comedy is a long-established tradition. Manzai routines — Japanese comedy sets composed of two roles, the boke (the funny man) and tsukkomi (the straight man) — are not just entertainment, but a meticulous art form in itself. The same can be said of Okawa’s intent to write Pop Team Epic as a yonkoma (four-panel manga strip). To throw yet another term at you, most yonkoma follow a four-step punchline formula known as kishōtenketsu: introduction, development, unexpected twist, and of course, the punchline. If Pop Team Epic excels in a particular category of this structure, it’s making that third step — the twist, or “ten” part of the word kishōtenketsu — as monstrously absurd as possible. 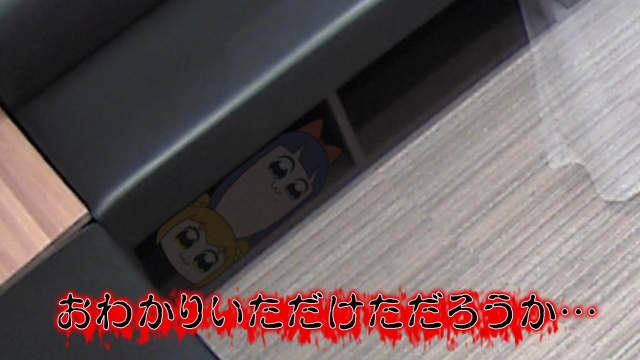 On the surface, the boke and tsukkomi roles seem two-dimensional. The boke is usually easily provoked, outlandish, and less put together. Let’s say it’s Popuko. This would make Pipimi the obvious tsukkomi, the person who at least tries to correct or mitigate the boke’s bold assumptions. The extent to which Popuko and Pipimi fully embody these roles, however, varies. If anything, these two only exist in the boke/tsukkomi duology spiritually, merely two wandering souls, stuck in liminal space thinking about beautiful Hellshake Yano, two hopelessly corrupted youth …

In a 2018 interview with Animate Times, Pop Team Epic anime producer Kotaro Sudo explained his approach to adapting a popular three-volume gag manga into a fully-fledged series. After working with voice actress Sumire Uesaka on Uesaka Sumire no Yabai Maru Maru, a live-action variety show (with Okawa supplying the uncanny mascot design), Sudo explained wanting to use his newly acquired “know-how” on Pop Team Epic. Variety shows, particularly those airing during "golden time" often fall into a category of comedy routines with ensemble talent. “Because everyone read the [Pop Team Epic] manga at different speeds,” Sudo commented, “we made adjustments along the way to make it feel right.” This unique strategy allowed multiple teams involved to frankly, go ham, riffing on the original material rather than playing it straight. Pop Team Epic’s anime fully leans into the strength of its countless “twists” by never letting the viewer get too comfortable. How can you adapt a surreal, meme-rich yonkoma better than that? 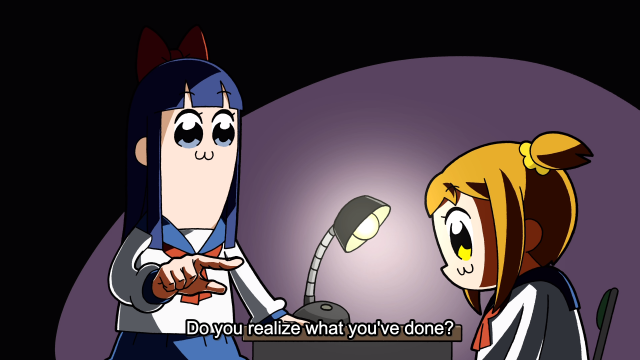 "Do you realize what you've done?"

Pop Team Epic’s anime adaptation notably splices up skits from the original with new content, including plot-heavy skits like a murder mystery and managing an incorriguble idol group. This structure is not unlike the set up for popular programs like the M-1 Grand Prix, a major annual broadcast manzai competition, or the several television programs dedicated to the successful manzai duo “Downtown” consisting of comedians Hitoshi Matsumoto and Masatoshi Hamada. Groups like “Downtown” are in themselves part of a larger contemporary comedy scene called owarai, thriving on variety shows where groups are assigned tasks called “corners.” This trope is outright mocked by the crudely animated “Bob Team Epic” segment, where that tagline “new corner” is tagged atop the title card. Popuko even has a cooking show. While variety shows are quirky, in this world they exist solely to be parodied because of their strange staples. 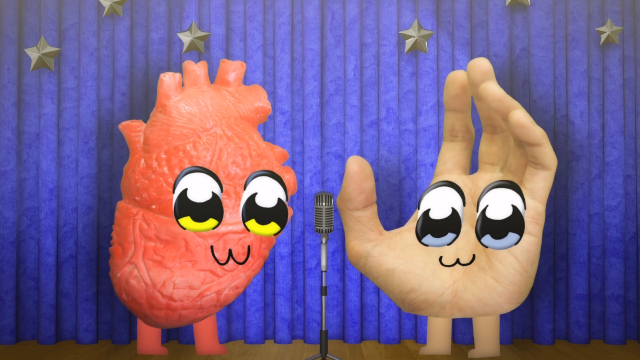 A Comedy of Comedies

Unsurprisingly, the punchline is that Pop Team Epic isn’t just a comedy — it’s an ironic comedy about comedy. Popuko and Pipimi perform several skits where they begin a manzai routine that never ends right. In one skit, they perform as a “hand” and “heart,” making cringe-worthy puns about “needing a hand.” In a bonus episode, they perform a full routine that eventually becomes a serious drama about the Vietnam War. The manzai set-up clearly isn’t the point, it’s just the vehicle to get somewhere else. While Popuko and Pipimi loosely fit in the boke and tsukkomi archetypes, Okawa teases their friendship is more profound than just a few knocks. In a classic strip, Pipimi announces she is a god and will tell Popuko anything she wants. Popuko only asks how much she loves her, to which Pipimi says she loves her “a ... whole ... lot.” If Pipimi is too much of a straight man, then it’s only because she cares. 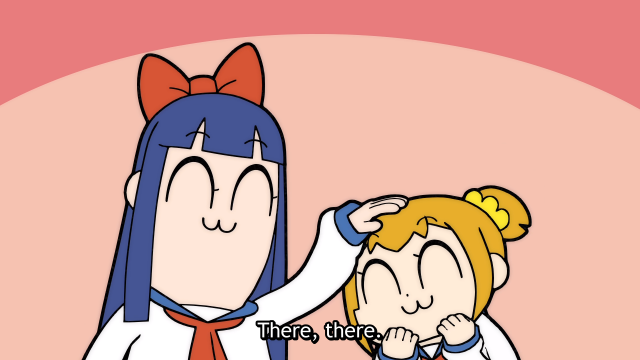 As maddening and strange as the girls can be, the Popuko and Pipimi dynamic works not because of strict ordnance to the rules of funny, but because their weirdness is sincere. If boke/tsukkomi routines work, it’s only because of chemistry. And the same can be said of even the most carefully constructed yonkoma punchline. It’s all about the delivery. If Pop Team Epic can teach us anything, it’s that once you get the basics down, the fundamental rules — and even your own publisher’s fictional evil headquarter — can be blown away into smithereens. Smash normalcy wide open.

Now, if only everyone would stop “flossing” and let “eisai haramasukoi” catch on instead. 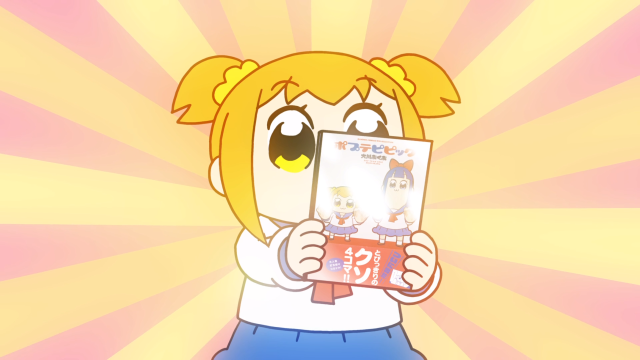 "Hello! My name is Popuko and I would like to share with you the most amazing book"

What's your favorite Poputepipikku gag? Let us know in the comments below!

Blake P. is a weekly columnist for Crunchyroll Features. He is thinking about Hellshake Yano. His twitter is @_dispossessed. His bylines include Fanbyte, VRV, Unwinnable, and more.