FEATURE: The Classic Spider-Man Plot That Deku Vs Todoroki Resembles 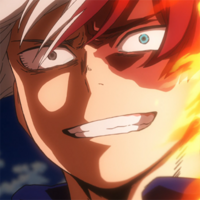 Kohei Horikoshi, the creator of My Hero Academia, loves Spider-Man.

Along with constantly admitting his admiration and excitement for the Spider-Man movies and the comics, his manga is also full of references to the Webslinger. He's even drawn amazing Marvel fan art. And on a base level, it's hard not to see the influences: Like Spider-Man, Boku no Hīrō Akademia also deals with an average, nerdy kid who gets bullied a lot and soon is granted amazing powers that are both a blessing and a source of hardship. Like Spider-Man, Deku increasingly feels the weight of his responsibility toward the world, and like Spider-Man, he's often supported by the presence of a motherly figure in his life (Izuku has an actual Mom, Peter has his Aunt May).

And while it's definitely (and thankfully) not a 1:1 comparison, if Deku is Peter Parker, then Shoto Todoroki is Harry Osborn, the conflicted son of a famous, wealthy figure who has never quite lived up to his extremely troubled father's expectations. Like Harry Osborn, who would one day inherit the mantle of the Green Goblin, Shoto has the ability to wield flame-like his Dad. And like Harry Osborn, Shoto is more empathetic (especially toward his mistreated mother) than the fairly ruthless Endeavor.

The conversations that lead up to this fight feel very much like Spider-Man, as well. In the first Spider-Man film, we're introduced to Harry and his father Norman Osborn when they pull up to the school field trip to the science museum in a limo. Harry is uncomfortable, not just with his father's prideful displays of affluence, but with the relationship he has with his Dad altogether. This is only magnified when Norman meets Harry's friend Peter and immediately praises the boy for his drive and his intelligence. Peter, in the span of a few sentences, gains the approval that Harry has spent his whole life trying to grapple with. You can find a similar scene in the first episode of the extremely underrated cartoon The Spectacular Spider-Man. 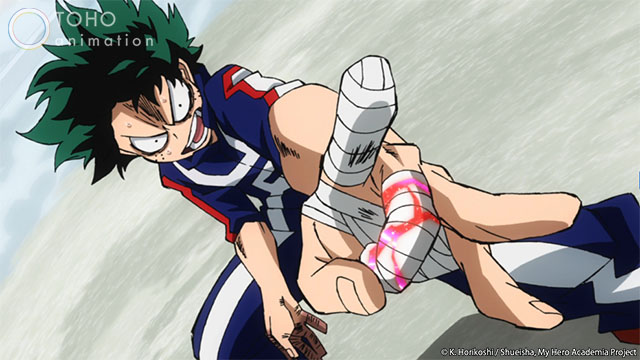 Before his tournament match with Shoto in the U.A. Sports Festival Deku runs into Endeavor who immediately praises his Quirk, compares him to Deku's idol and mentor All Might, and then tells him not to "disgrace himself" in his upcoming fight, as he knows Deku is talented. And while Izuku definitely leaves the chat feeling a little more deflated that Peter left his with Norman, the relationships remain pretty close. 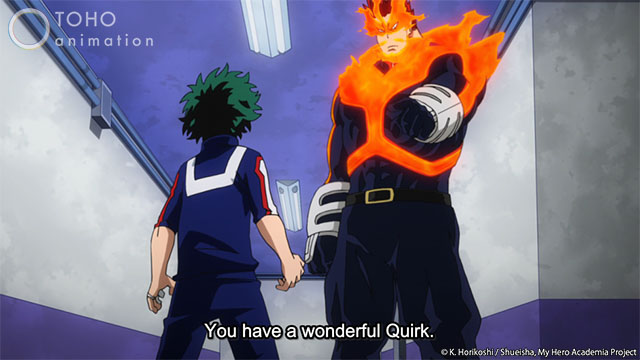 What follows over the next episode, with Harry's arc and with Shoto's battle with Deku is similar. Shoto resolves not to use his left side (his flame side) but ends up using it anyway. Harry has often resolved to become a better man than his Dad but ends up donning the armor of the Green Goblin anyway. And while Shoto's use of his power is more redemptive in the end (he tells Endeavor that he forgot about him during the fight), their storylines remain complicated. Shoto must always deal with his father's notoriety and attempts to relate to Shoto or be forgiven by him, just as Harry spends a majority of his life fighting the allure of the manipulative power that Norman has.

The fight itself is stunning, by the way. Deku provides an energy that Shoto lacks and desperately wishes that Shoto would push himself more in the contest — not because Endeavor wants him to, but because Shoto becoming his own inspiration would make Shoto a better hero. Deku, like Peter with Harry, knows that Shoto's potential doesn't lie in replicating his father but by using his own skills, inherited or not, in a way that he desires. 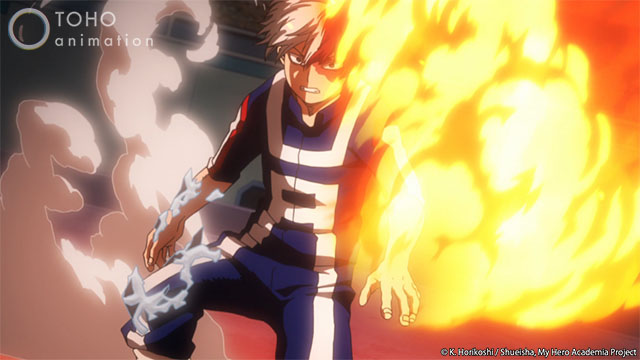 One last comparison: Horikoshi knows, like the various creators behind Spider-Man's many multimedia forms, the power of a battered hero. Spider-Man's torn costume radiates the same exhausted hero energy as Deku's bruised body. Both represent a hero being pushed to the limit, creating a very physical manifestation of their consistent unwillingness to give up despite the odds.

Again, this fight, its build-up, and its aftermath is not a 1:1 replication of a character arc and relationships found in Spider-Man comics. Rather, it's an exploration of similar themes, playing with familiar archetypes in ways that feel most poignant for the story. And considering Spider-Man's longevity and My Hero Academia's success, I'd say that story is a pretty effective one.

Check out the Fight Scene Friday archive by clicking here!