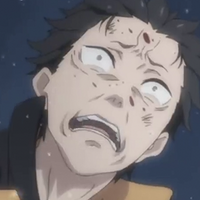 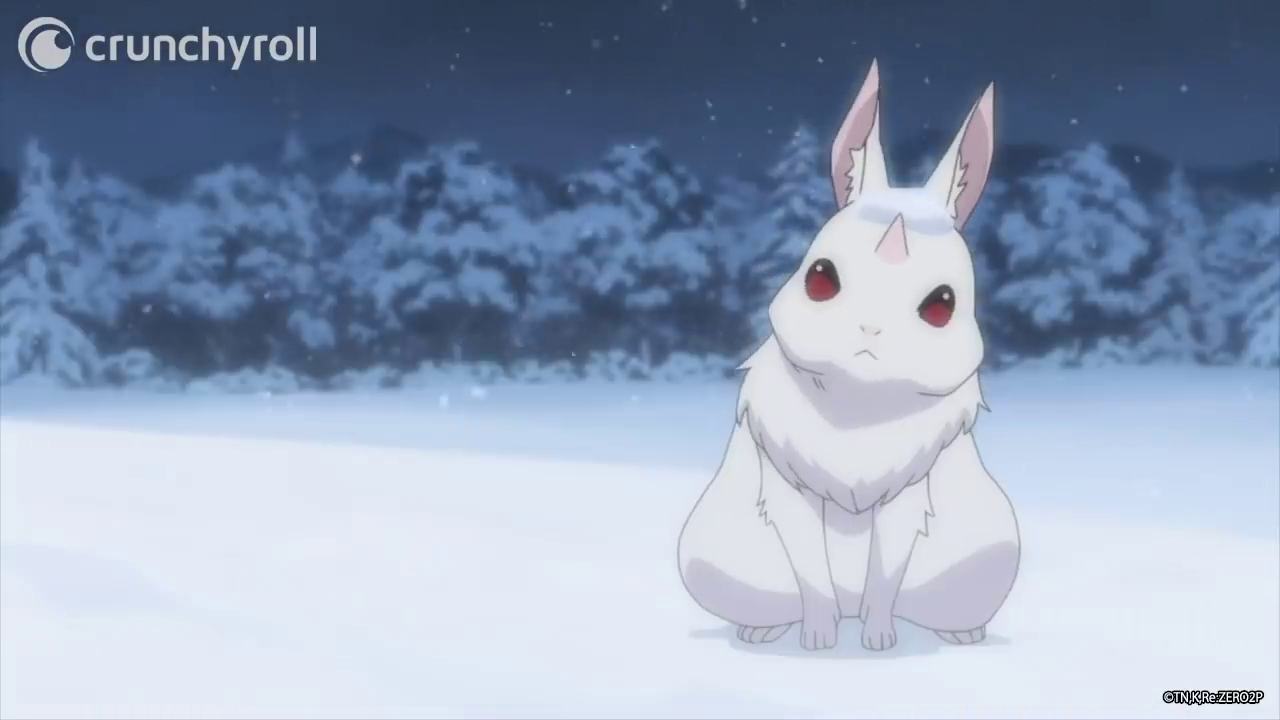 Spoilers for Re:ZERO Season 2, Episode 33 "The Value of Life" below

I think I can speak for all of us when I say we were flabbergasted watching the 33rd episode of Re:ZERO -Starting Life in Another World- and seeing Subaru perish in such a gruesome way by such cute critters. While the series up until that point has had its fair share of deaths, this one — that I’m being a little coy with for spoiler’s sake — is up there as one of the … greatest? Most memorable? Either way, the inspiration behind the scene shows the deep pop-culture prowess of light novel author Tappei Nagatsuki and probably a little too deep a look into his psyche. 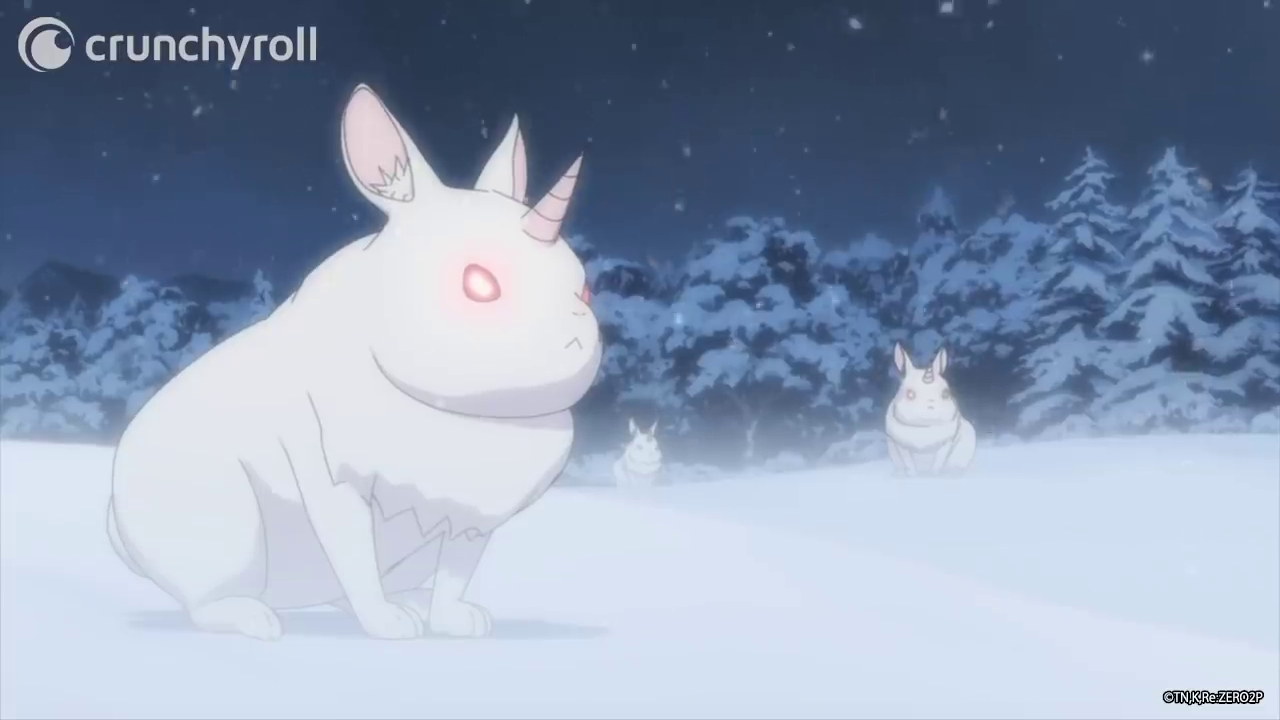 What could be so bad about these little creatures?

I’ve written before that Re:Zero kara Hajimeru Isekai Seikatsu light novel author Tappel Nagatsuki tweets alongside the Japanese broadcast of the show, giving us little sneak peeks of behind-the-scenes information and expanded context for some scenes, like how he wrote the third arc for two lines from Subaru.

To set the scene for this episode, after Subaru had been trying time after time to save Rem (again) while trying to save everyone else (again) he was thrown forward to a wintery landscape — where nothing good ever happens in winter in the Re:ZERO universe. See Memory Snow for more context there. That’s where Subaru meets the cutest creatures in the series thus far, even Nagatsuki commented “how cute” they were!

The scene in question:

The Pythonesque scene took everyone by surprise. We were hoping for something good to happen to our protagonist and just when the audience thought Nagatsuki couldn’t torture Subaru anymore, here came the horned bunnies to gobble our hero up. Or as Nagatsuki himself proudly tweeted, “‘Devoured by Small Creatures’, achievement unlocked!”

But keep calm, according to the light novel author himself, “don't worry there aren't many worse deaths in Re:ZERO than this one!” Sure Nagatsuki, sure, and nothing shady is going on with Roswaal, we get it.

While the scene was gruesome and unexpected, it came from a place deeply rooted in cinema pop-culture, and no, it was wasn’t inspired by Monty Python and the Holy Grail. Nagatsuki was inspired by a scene in The Lost World: Jurassic Park where the character of Dieter Stark splits from the rest of the group and goes off to relieve himself, where he’s eaten by a pack of small Compsognathus or ‘Compies’ for short.

"By the way, the inspiration behind this scene, which instilled a fear in me being eaten by small creatures, is from a scene in Jurassic Park where a guy leaves his allies, heads upstream after being chased, and pees standing up. Only to be attacked by what looks like little raptors, and later has his blood flow downstream!

If it wasn't for that guy, we wouldn't have this scene!"

Nagatsuki explains in the above tweet that the scene from Jurrasic Park “instilled a fear in [him] being eaten by small creatures.” While I doubt anyone would actively want to be eaten by small creatures, Nagatsuki’s coping mechanism seems to be torturing poor Subaru, which in all honesty, does make for some great anime. “If it wasn't for that guy, we wouldn't have this scene,” and we're all thankful for Stark's sacrifice and Steven Spielberg's cinematography.

Unlike the Compies though, Subaru should have seen the horned mabeasts coming. Nagatsuki said the main character was “a tad careless,” explaining that one “shouldn't go near a creature with horns on its forehead in this world.” Subaru had already gone toe to toe with horned creatures before (not to mention what Rem turns into when her horn appears), so he should know better than to try and pat a small horned rabbit, no matter how cute it is.

In the end, thanks to Subaru’s Return by Death, the delightfully devilish bunnies only traumatized Subaru — and the audience — for a short while until he was once again flung back to the trial and into the hands of a witch, ready to try and free the Sanctuary (again).

Though one has to wonder, why were there mabeasts in the Sanctuary, and what happened in that timeline for them to be there … 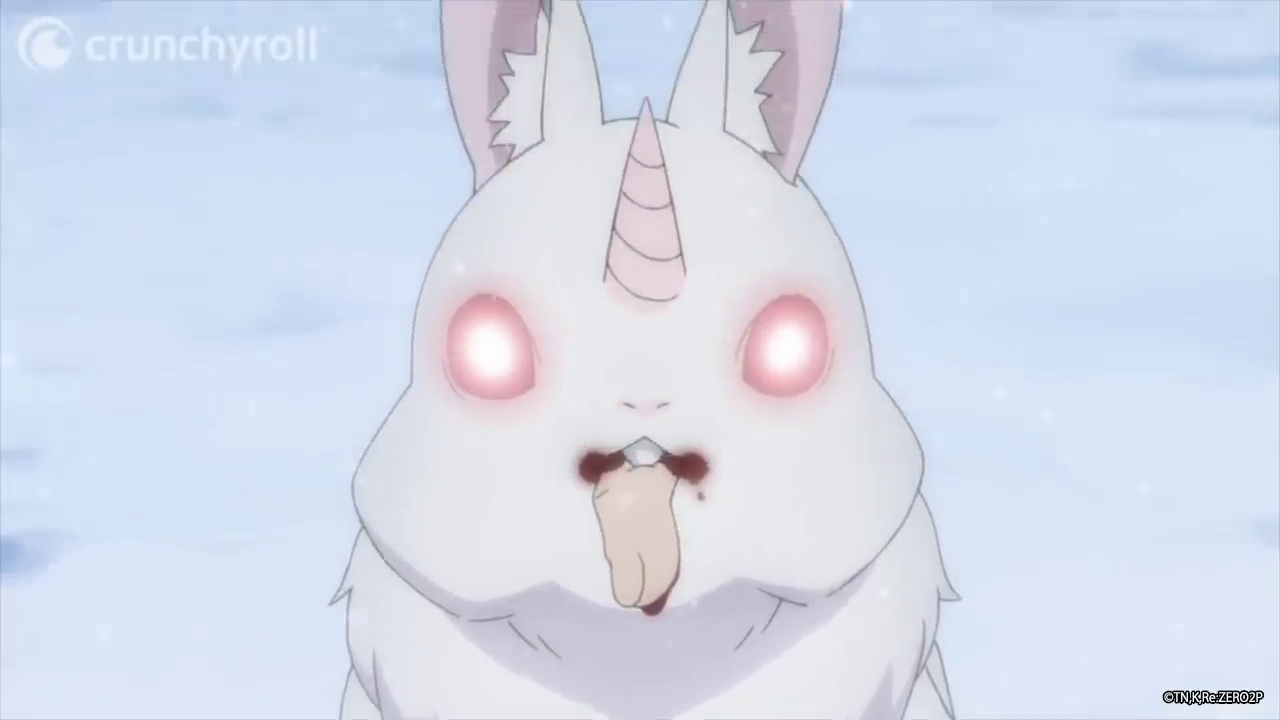 We’ll just have to keep watching Re:ZERO -Starting Life in Another World- to find out!