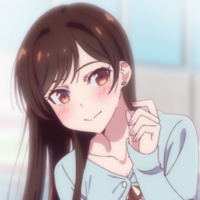 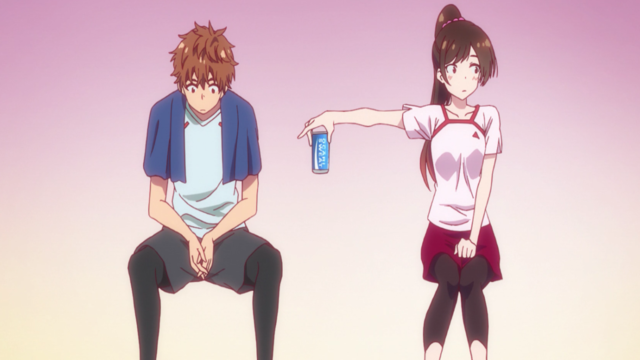 **SPOILERS FOR RENT-A-GIRLFRIEND AHEAD**

The first season of Rent-a-Girlfriend is coming to a close, and while our protagonist Kazuya Kinoshita began the series as a sad, lone wolf, he may be ending the season with more suitors than he could have ever imagined. After Kazuya gets dumped by his girlfriend Mami, the heartbroken college-student stumbles across "a gem of an app that heals your soul." And how does it heal your soul??? By setting you up with a rental girlfriend. Questioning the service at first, Kazuya ends up booking Chizuru Mizuhara, launching what will become the most complicated case of fake dating ever seen! Let's take a look at some of the most memorable Kanojo, Okarishimasu dates.

It's the date that started it all ... well technically, it's the second date to the date that started it all. After hitting the "agree" button on an app that's "Perfect for if you're worried or stressed about your love life," Kazuya's first date with Chizuru Mizuhara went as well as it possibly could. In fact, it went so well Kazuya really believed Chizuru in the role of his girlfriend. But then Kazuya read the reviews, learning Chizuru sticks to a routine on dates, and so he decides to "give her a piece of his mind," but then ... A TWIST!

What's funny about this date is it was Chizuru who decided to give Kazuya a piece of her mind because he was unappreciative of how much effort she put into making the date feel personal. After a call from the hospital regarding his grandmother, one thing leads to another and Chizuru is now Kazuya's official girlfriend in the eyes of his family. What was supposed to be a date for Kazuya to get back at Chizuru for toying with his emotions ended up being a roller coaster of one lie after another. This date was all over the place, but in a good way, and really set the tone for how complicated (and spicy) things would become. 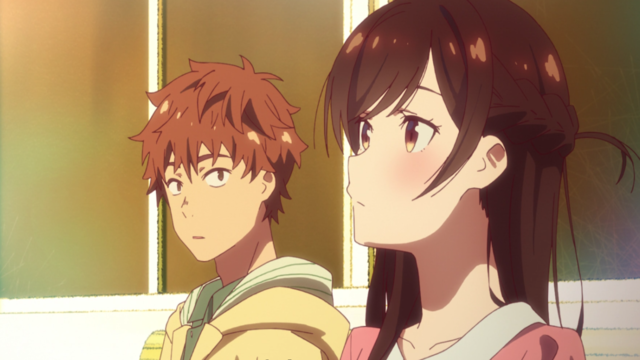 Make it double! By this point in the series, Kazuya has had a few scares when it comes to his secret getting out, but getting suckered into going on a double date with his friend Kuri and his new "girlfriend" Ruka, puts his own "relationship" in the most compromising position yet! Kazuya and Chizuru have been able to fool everyone so far, but something about their "romance" just doesn't seem right to Ruka, and this becomes very clear when she confronts Chizuru about being a rental girlfriend. This is an edge-of-your-seat date because now, Chizuru and Kazuya go into hyperdrive trying to prove to Ruka — who adds to the suspense by hiding a secret of her own — that their relationship is real. The comedy is packed on as Kazuya is so unprepared for how much Chizuru is dedicated to protecting their secret and the credibility of her job. 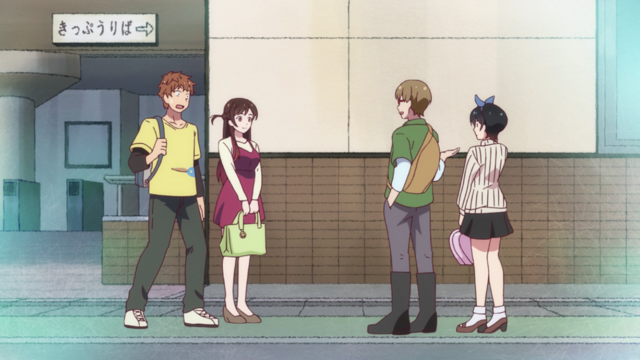 Kazuya isn't the only one who gets to experience Chizuru's charm. In Episode 10, Kazuya asks Chizuru if she would be okay going on a date with Kuri. Chizuru warns Kazuya of the consequences, letting him know the truth behind their relationship would be revealed. What made this date special is it showed just how much Kazuya values his friendships.

Throughout the entire series, Kazuya has been hiding the secret of his and Chizuru's relationship, but after Ruka awkwardly broke up with Kuri — revealing his rental girlfriend situation — Kazuya couldn't help but want to make Kuri feel better. Kazuya saw how down in the dumps Kuri was after Ruka and understood better than anyone how pathetic and embarrassed Kuri felt. Because Kazuya recognized how someone can get absorbed in their emotions, he didn't want Kuri to harbor resentful feelings and develop a "done with love," mindset. After seeing Kazuya's commitment to his friends and how prepared he is to endure all the awkward comments should the secret get out, Chizuru agrees to go along with the plan. What was even more heartwarming to see was how Chizuru worked to ease Kuri's negative feelings, acting as a temporary emotional bandage. It was going on rides, holding hands, having someone laugh at his jokes, and being able to talk out his feelings that made Kuri forget all about the humiliation he had endured. Soon after this "date," Kuri was able to bounce right back to his lady-loving ways. 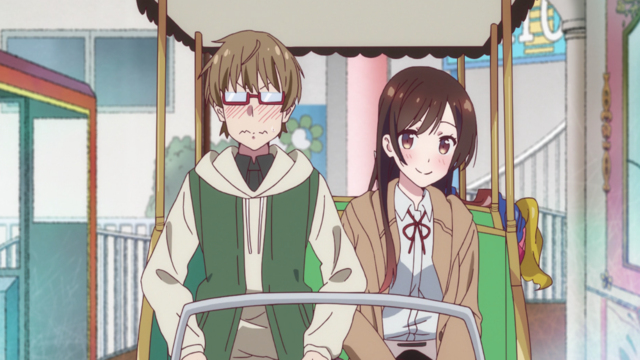 One word ... SUMI! In Episode 11 we meet rental girlfriend Sumi Sakurasawa, and honestly, everything about her and this date is adorable. Sumi is a sweet introvert who is PAINFULLY shy, and in the hope of gaining self-confidence, Chizuru asks Kazuya to go out on a date with her. For someone like Sumi who has bad social anxiety, meeting people on a normal basis can be tough, and meeting people who you hope will accept you is even more difficult. Nonetheless, Sumi tries her absolute hardest to play the role of Kazuya's girlfriend. She goes bowling, even though she's not great. She clings onto Kazuya when Mami's making her move, even though she feels insecure. She works up the courage to hold his hand and offers to share her ice cream.

What made this date special, was how meaningful it is for Sumi. For Sumi, it was a big step forward for her self-confidence, and it's thanks in part to how Kazuya acted with her. Sumi admires Chizuru, and part of the advice Chizuru gave her is that by working this job she will discover clients who will love her for who she is. Kazuya was the first client Sumi went out with where it felt like finding someone who appreciated her in spite of her nerves was not outside the realm of possibility. 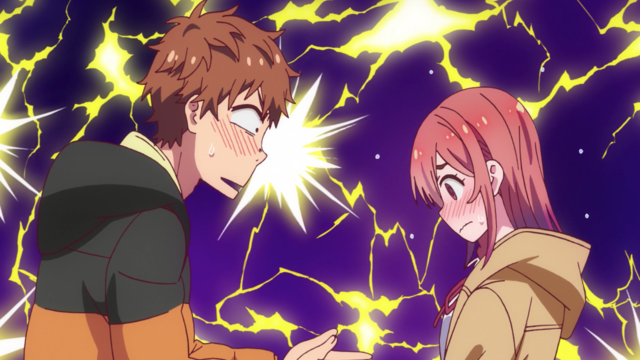 What are some of your favorite dates from Rent-a-Girlfriend? Let us know in the comments!