With a Horimiya adaptation on the way this winter, let's take a look at the style of its phenomenal director, Masashi Ishihama! 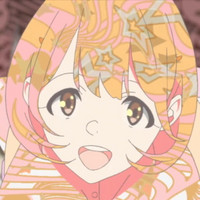 Hello everyone, and welcome back to Why It Works. Just recently, we received news of an upcoming winter production, the adaptation of the much-loved romantic comedy Horimiya. Though I haven’t read Horimiya myself, I’ve been hearing a variety of good things about it for years now. Apparently, it’s one of those rare and precious romantic comedies where rather than focusing on “will they or won’t they” tension, it actually explores the compelling dynamics of two people in a genuine relationship — and it’s willing to take bolder steps in that exploration than the vast majority of its contemporaries. That said, whatever merits Horimiya may have, it’s not actually the manga’s material that has me excited here — it’s the long-awaited return of its director, Masashi Ishihama. 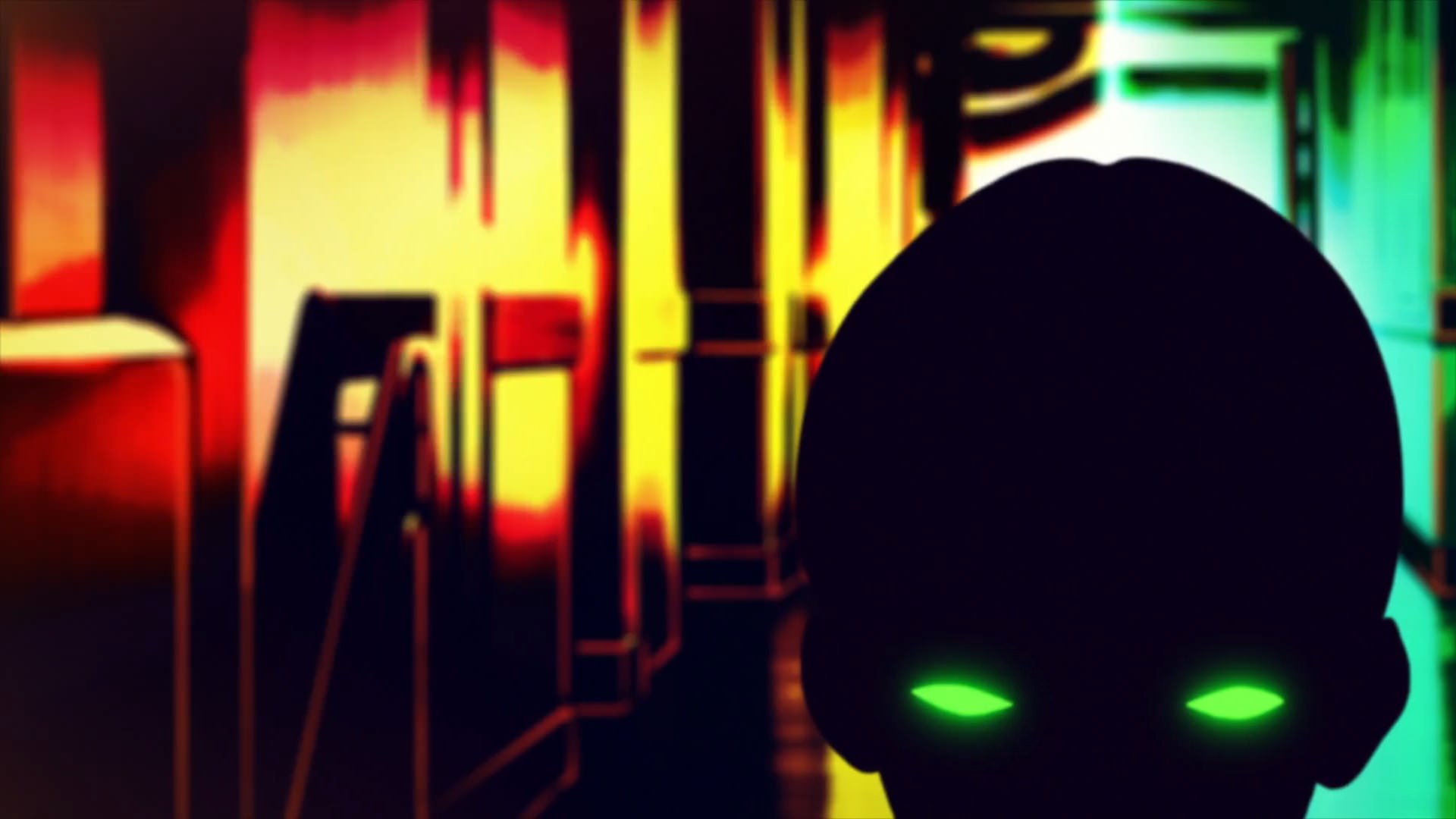 Don’t feel too bad if Ishihama’s name doesn’t ring a bell. The man has maintained a fairly low profile in the industry in spite of his talent, largely because he just hasn’t held the directorial position in that many shows, or been attached to projects that let his distinctive personality shine. Most recently, he spearheaded the Persona 5 anime adaptation, which felt like a bit of a monkey’s paw situation — Persona 5’s dynamic aesthetic and unique use of color actually feels like it’d fit Ishihama’s style well, but with a conservative adaptive mandate and an overall resource-light adaptation, the show never quite lived up to its full potential.

Rather than full productions, Ishihama is usually brought on board for smaller directorial roles; single episodes of interesting productions, or more frequently, utterly beautiful opening and ending sequences. His ending sequence for ERASED offers a characteristically vivid introduction to his work. Starting from a simple visual composition of a character silhouette walking against a dark background, the sequence evolves into a striking array of intimate compositions and fractured collages, where the emotions of the characters and turns of the plot come through in an emotive, felt sense, purely through the evocative visual compositions. 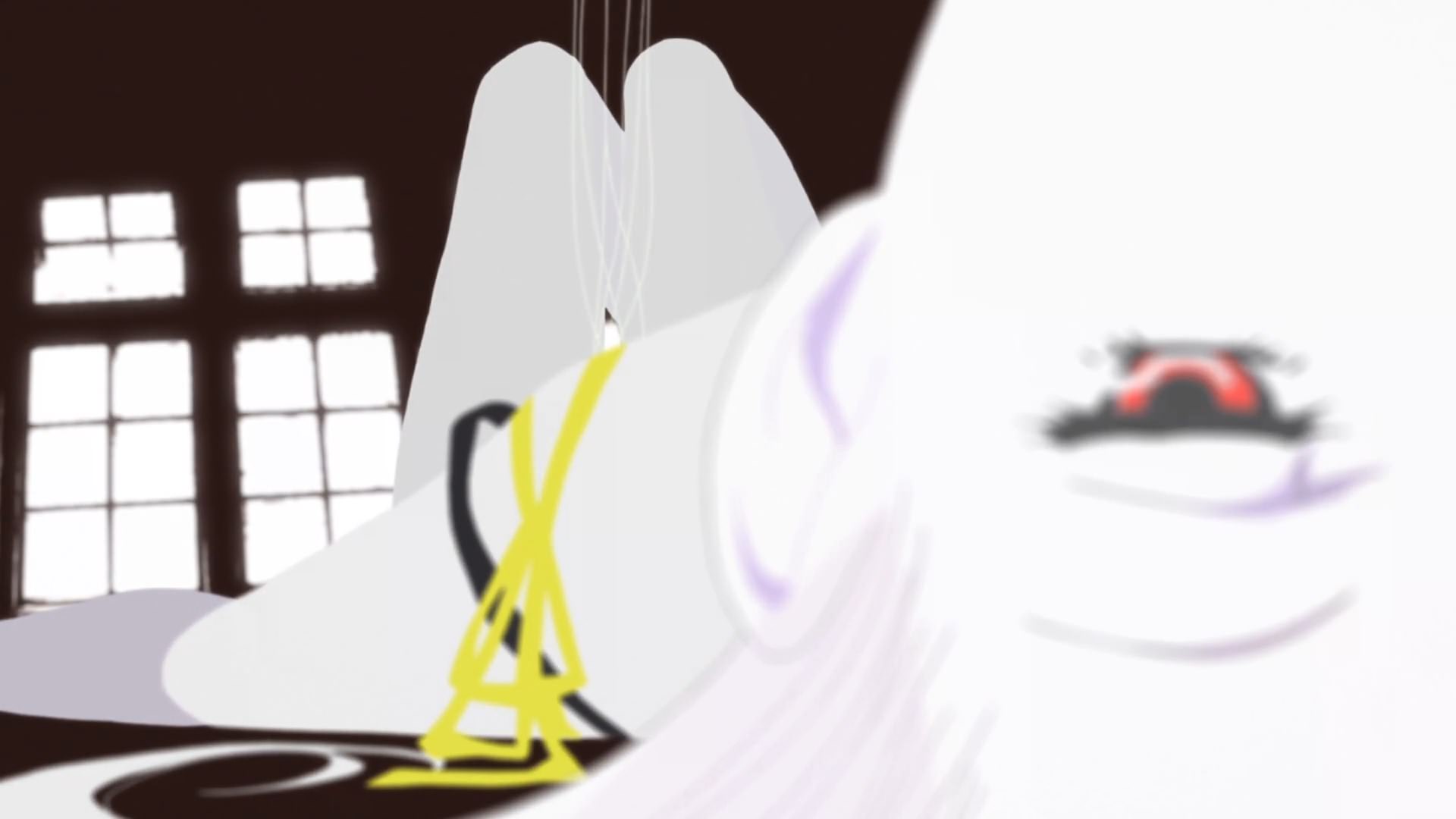 Many of Ishihama’s visual signatures are clear in that ending; his dramatic use of silhouettes and flat color contrasts (a preference that likely informed his tenure on Persona 5), as well as his ability to balance almost uncomfortably close, unmediated character art with ornate compositions framed with a painter’s eye for contrast and visual balance. These distinct but complementary compositional preferences are further personalized through Ishihama’s digital-native fluency with post-processing effects. You’ll frequently find the impact of his work intensified through racking focus or grain filters, further enhancing the sense of an artist building a visual collage out of each moment, rather than simply directing a camera to capture the characters in scene.

The idea of Ishihama’s work being a visual collage reflects more than his focus on contrast and composition. The man’s works frequently employ patchwork geometric shapes, further distilling characters from no-shading color blocks into base visual components, and demonstrating that his flat color aesthetic is informed by a full understanding of superflat art design. These stylish compositions are further personalized through his fondness for stylish, frequently diegetic typography; in total, his mix of interests and profound understanding of visual storytelling make for sequences that are simultaneously rich in thematic or character meaning, and also simply beautiful in the abstract. 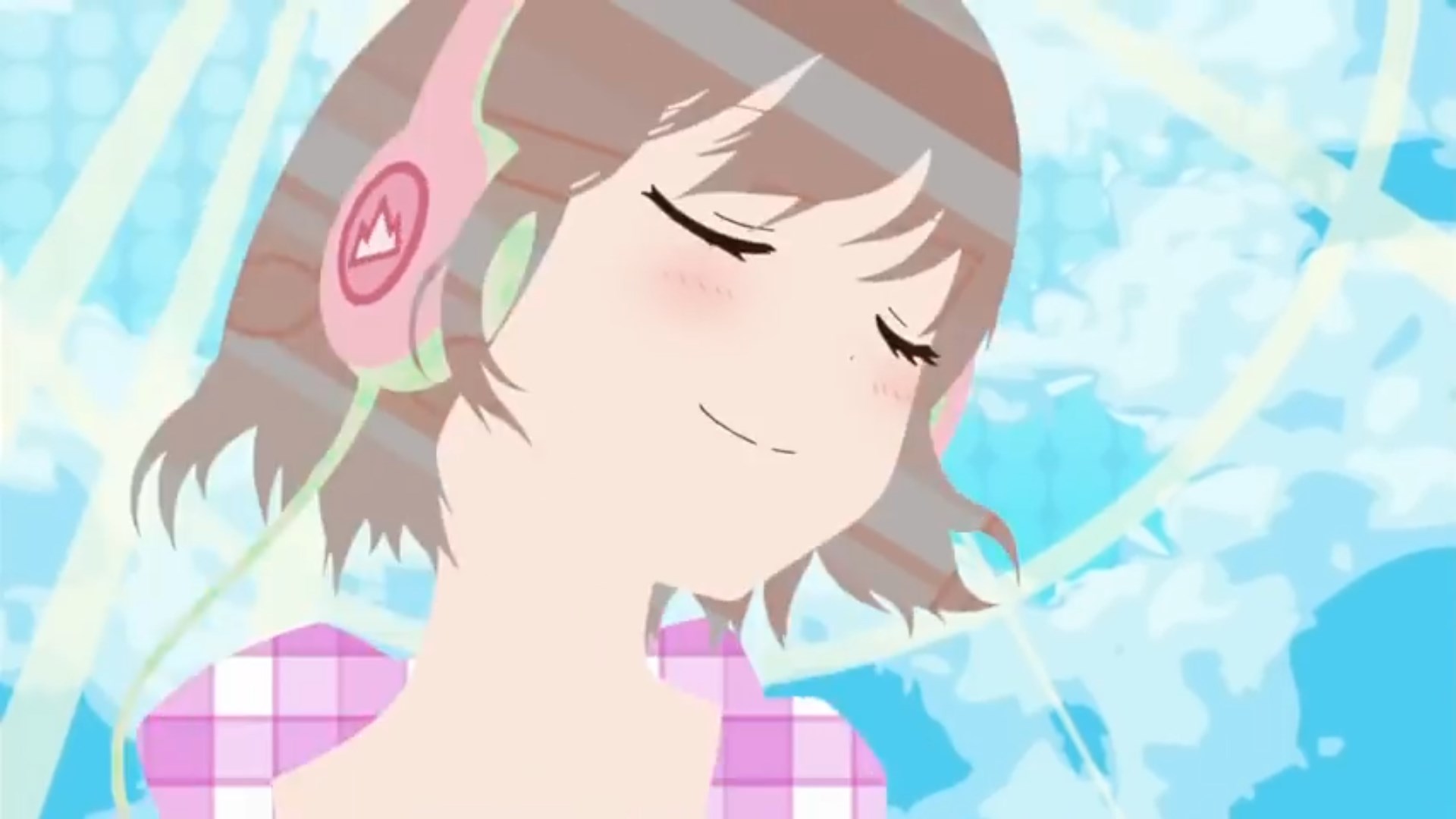 But even if the world at large has yet to recognize Ishihama’s talents, his fellow anime creators certainly have. That’s why, along with his formidable opening and ending collection, he’s also frequently brought in to helm single standout episodes of other animator-friendly productions. He storyboarded and directed the solely Takashi Kojima-animated episode of Your Lie in April, and contributed an episode of Occultic;Nine that was absolutely brimming with his signature tricks. Strong use of silhouettes and full-color contrasts, active typography, dynamic compositions, and dramatic post-processing — Ishihama employs a palette of visual tools that is both distinctive and diverse, ensuring that all his works bear his signature, but also stand-alone as artistic achievements.

Though he’s contributed terrific material to many productions over the years, among his own works, From the New World stands as an indisputable masterpiece. Tackling an absurdly ambitious post-apocalyptic drama, Ishihama blessed some of anime’s strongest adapted material with an adaptation that exemplified all his strengths, from his remarkable affinity for color contrast to his post-processing mastery. At the same time, From the New World offered plentiful room for individual animators like Kojima to shine, demonstrating an understanding and deference to the power of art in motion that could only come from a personal background in animation. 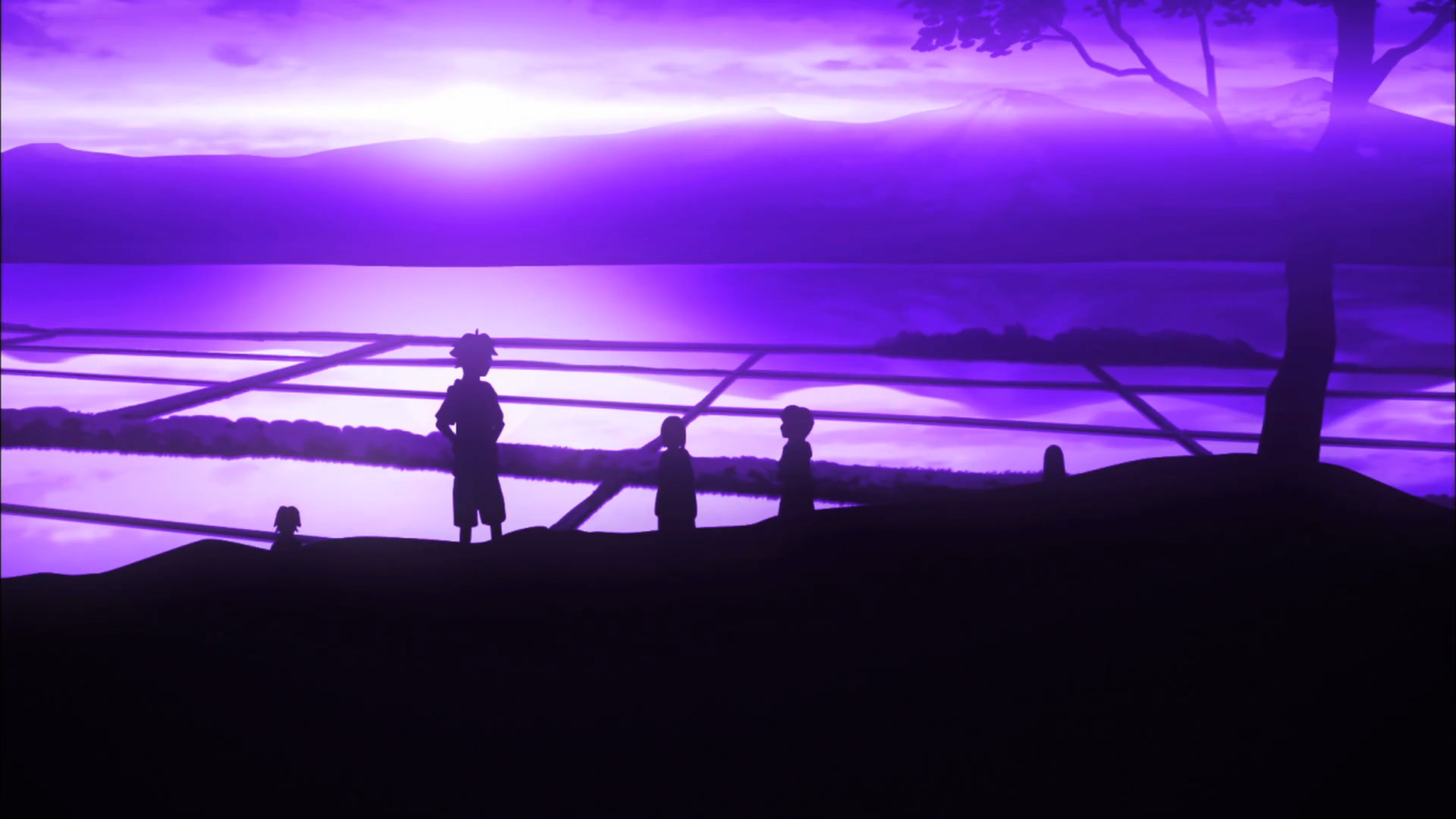 Altogether, Masashi Ishihama strikes me as one of anime’s prime powder kegs, a motherlode of talent who, with the right material, could easily explode on a global stage. I’ve been praying he’d get attached to a production worthy of his talents for years, and with Horimiya just months away, I’m fervently hoping this, at last, is Ishihama’s day. Whatever your genre preferences, it’s likely you’ve already been dazzled by Ishihama’s work in one way or another — and this winter, I hope you’ll join me in checking out his latest creation.

I hope you’ve enjoyed this exploration of Ishihama’s talent, and let me know your own favorite works of his in the comments!

Tags
why it works, horimiya, masashi ishihama, from the new world, occultic;nine, erased, your lie in april
« Previous Post
Yakuza: Like a Dragon Hits Consoles and PC November 10, PS5 in March
Next Post »
Octopath Traveler Sets Out on a New Path in Champions of the Continent Trailer
Other Top News
6 Comments
Sort by: