INTERVIEW: Children of the Sea’s Director on How Doraemon Taught Him About Filmmaking

Universes, fish, and adolescence: Today we sit down talk with prestigious director Ayumu Watanabe on his work for this mesmerizing film! 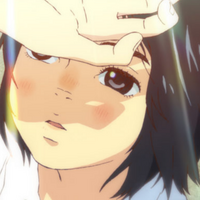 Ayumu Watanabe is one of the most versatile under-the-radar directors in the past few years. His works have ranged from the funny comedy/drama Space Brothers, to the classic Doraemon movies, to the nostalgic and bittersweet TV adaptation of After the Rain. Today we sit down with him to discuss his latest and grandest work yet: Children of the Sea, a movie that hit Netflix and other streaming services earlier this month.

Children of the Sea is a movie focusing on a girl named Ruka, and her mysterious connections to two other kids — Sora and Umi — as they investigate the unnatural disappearance of ocean life. The bonds of their friendship are tested by fate, the call of nature, and adolescence as they find themselves intertwined with a greater force than anything they could have imagined.

Before the movie hit streaming services this month, we got a chance to talk to Ayumu Watanabe and take a look at the themes of this movie, the incredible animation and work put into it, and what it was like working with the famous Joe Hisaishi (composer for many Ghibli films).

What is challenging adapting such a dense and mysterious manga from the prolific Daisuke Igarashi?

First, it was the visual aspect. We aimed to get the atmosphere of the manga just right. We didn’t want to simplify the information. Especially for the close-ups, we drew in more elements to make a stronger impression.

Then there was the structure. We didn’t have enough runtime to fit the manga’s expansive story, so we narrowed it down to the points that maximized the appeal of the manga. And for the parts that didn’t make it into the movie, we decided to leave it to the manga. We wanted to narrow the story to being about a girl to open the door to a vast world.

I hope we were able to achieve it.

Children of the Sea uses a mix of traditional animation as well as CG animation. Could you tell us a little about how you integrated both aspects to make such a visceral experience?

Everyone on the team was aware of what we were pursuing, and we thought about what we need to do to achieve it. What we wanted to animate, to film…we thought of those things first and how to make them come to life, rather than primarily focusing on technique. I think that was all influenced by how much of an impact the original manga had on us.

You’ve worked on a variety of adaptations in the past decade, ranging from Space Brothers, Doraemon, and After the Rain. Was there a particular work or experience that helped you tackle adapting Children of the Sea?

I learned everything I needed to know about animating films from Doraemon. Films have an audience waiting for them, and I was able to experience the wonder of sharing emotions with them. I also learned the harsh reality of when things didn’t go well, either. What does the audience want? I value the determination to identify and show it.

The way I approach any property or work is the same. All of the films I worked on were titles that I liked. And I am really fortunate for that.

Some of the animation in Children of the Sea is incredibly inventive. I’ve heard that a variety of techniques were used, including backward imposing of CG on genga, mirroring the sea’s lighting with composite, etc. What was the most technically challenging moment to create in this movie and why?

It was difficult to determine how much to express in the film. Simply put, it wasn’t easy to decide where the goal was. All the staff made every cut, every scene with their heart and soul. The more effort we put in, the better it got. We could have continued working on this film forever, but then we would lose sight of the goal.

It wasn’t about the technique; it was about our spirit. The retouching of every drop. Matching the CG to the hand-drawn parts. The magnificent motion and lighting to create the size of the whale. Also, the movement and denseness of the water that surrounds it. Coloring it. Anywhere we can put in the effort, we can keep working, lol.

I don’t know if this answers your question. But it was always the ideals that led us and not the techniques.

Ruka is a delightful and refreshing female protagonist. She’s feisty, impulsive and wears her heart on her sleeve, but she’s also struggling with some personal issues. Could you tell us some of the work that went into the process of making her such an engaging protagonist?

Ruka is a difficult character. I’m not a teen nor a female, so it was hard to understand her emotions. Especially because I think that she didn’t understand herself either. I patiently waited until she started to move on her own. Then, I was able to understand what she was thinking. Words are so light and fluffy, but if she doesn’t put it in words, no one will comprehend her. But it’s so hard to put in words…her thoughts went in circles. She was always wavering, like a flower floating in the water.

What was it like working with Joe Hisaishi? What were some core musical elements that you wanted to bring out in this film?

It was my dream to have Hisaishi-sensei to compose for me, so I’m excited that it was fulfilled. I am a huge fan of his. I heard his music for the first time when I was a teenager and was fascinated. I also think that he is best-suited composer for this film. His unique style of minimalistic was perfect for this property.

What was important was the objectivity of the music. As an entity that overlooks the story, the theme simply flows with occasional silent moments to casually snuggle up next to the audience. But in the festive scene, it is firm and lifts our emotions. When you realize it, the score envelops those who are watching. That is the kind of music Hisaishi-sensei creates.

Speaking of music, the sound design of this film was incredibly detailed. Could you go into what that process was like and how you synced it with the animation and soundtrack to make those moments?

Mr. Kasamatsu has incredible instincts. He has the ability to come up with sounds that don’t exist. And the sense to put in no sound at all when necessary. It was refreshing to have scenes that don’t have a score, but you felt like you could hear something. He pulled back to match the music and the dialogue.

For the scenes where I wanted the audience to focus, he was discreet, using extreme bass. His use of range that didn’t create sound was also wonderful. I learned a lot about sound design from him.

Children of the Sea captures many sweeping themes - growing up in a world where there are more questions than answers, the cycle of nature, and finding the beauty in our surroundings and the surreal. Is there a particular moment or theme in the film that you found most interesting or personally moving? If so, what was it and why?

This film is completed when the viewer interprets it freely. It makes it interesting that the interpretations differ. That indicates diversity. Everyone is part of this world. I think it would be wonderful if we can acknowledge our differences yet share the same awareness. I believe this film gives a clue to how we should exist while depicting the mysteries and joys of life.

Was there any additional scenes or stories you’d like to have incorporated from the manga into the movie that didn’t make it in?

There are many scenes that didn’t make it. I wish I could have included them. Especially the background of Umi and Sora, Anglade and Jim’s past, etc. It would be great if we can depict them in Children of the Sea 2, but this project only exists in my heart. Jokes aside, we made it so that the stories we couldn’t include in the film would be shown in the manga, so it would be great if you can read the manga as well.

I’m excited that everyone will get to see the film. How you interpret the film is up to you. Please watch it with an open mind and accept the story as it is first. I would be happy if you enjoy it. And I would love to hear your thoughts.

Children of the Sea can be watched on Netflix, Google Play, Apple TV, Amazon Prime, and is available for purchase via Blu Ray/DVD by GKIDS. Our thanks to GKIDS for the opportunity.

Got a favorite Ayumu Watanabe work? Enjoyed Children of the Sea? Leave your comments below!

When not finding ways to doom all her ships, Natasha can often be found on her twitter as @illegenes, or writing more about anime on the blog Isn’t It Electrifying! Feel free to swing by and say hi.
Do you love writing? Do you love anime? If you have an idea for a features story, pitch it to Crunchyroll Features!
Tags
children of the sea, interview, ayumu watanabe
« Previous Post
Yashahime: Princess Half-Demon - Crunchyroll Fall 2020 Spotlight
Next Post »
Turns Out the Real Treasure Was This One Piece x GUCCI Collaboration All Along
Other Top News
5 Comments
Sort by: