Help me settle a debate 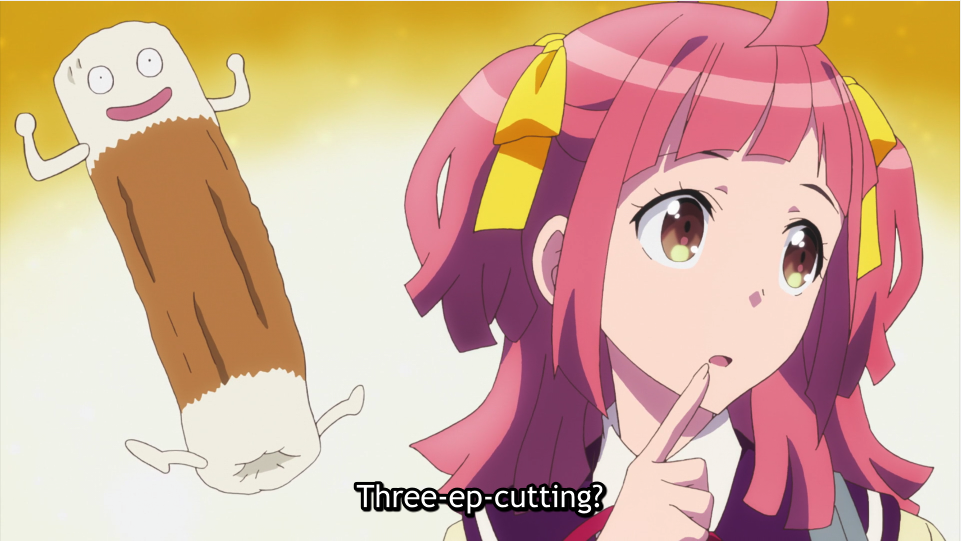 The Three Episode Rule. It’s practically anime fandom creed at this point: the idea that at some point around Episode Three of any given show, you’ll fully understand a show or its appeal. I remember hearing about this "rule" very early on in my fandom years that, for one reason or another, I always had to give the first three episodes a shot. While the origins are a little nebulous, for one reason or another it has become such a thing that it’s even been parodied in anime itself, as seen in the screencap from Anime-Gataris above (Go to 10:05 in the episode if you want to see the characters talk about it).

Now, we could go on all day about whether or not this rule exists or is actually useful, but one thing stuck out to me when I got in an argument with some coworkers about the rule: How exactly do you define it? Is it a personal rule? Is it how an anime is structured as a production? Will I somehow, as shown by Madoka, be flipped on my head as to what to expect from the series going forward?

So help me settle a debate: How do you, as a fan, definite the Three Episode Rule? Let us know in our poll below and we’ll be publishing our findings as soon as we get some ample data together.

EDIT 10/9/20: Thank you to everyone who participated in our poll!
Stay tuned for the results!

Tags
three episode rule, poll
« Previous Post
Kingdom Anime To Return In 2021 With Continuation Of Third Season After Year-Long Delay
Next Post »
Sorcerous Stabber Orphen: The Battle of Kimluck to Premiere in January
Other Top News
200 Comments
Sort by: