FEATURE: Happy 10th Anniversary To Every Anime Opening Ever Made (The Video)

Let's celebrate one of the classic anime community videos from ten years ago! 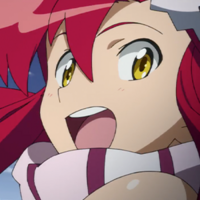 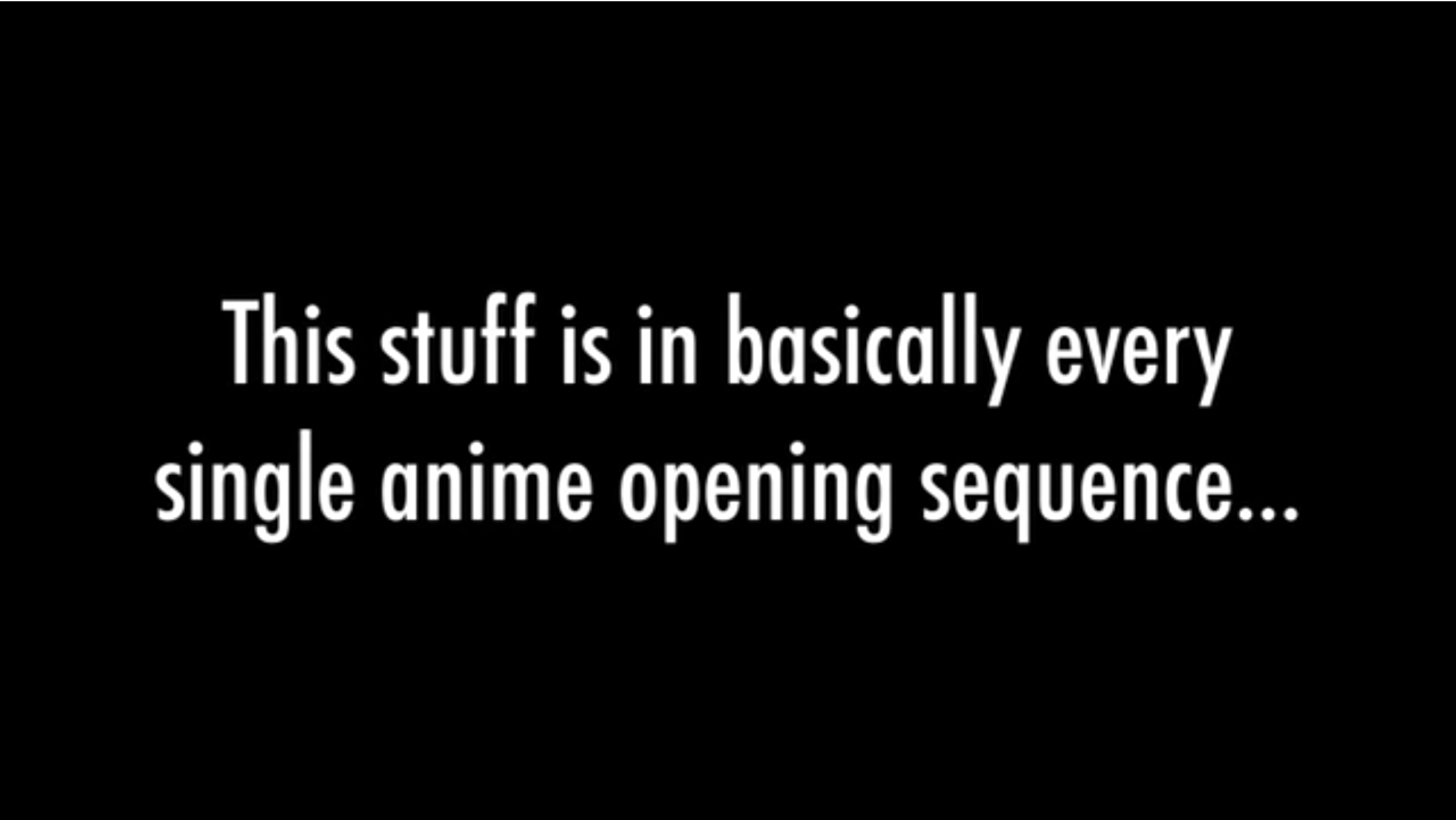 I don't remember where I was at when I first watched "Supercut - Every Anime Opening Ever Made," but I do remember the inescapable truth it showed me after I watched it. Maybe I was on Gaia Online or some other forum when someone posted the link and asked "have you seen this?" I started the video and saw the seagulls flying in the sky. Then the white text on a black background showed up, saying that the following was in every single anime opening sequence... 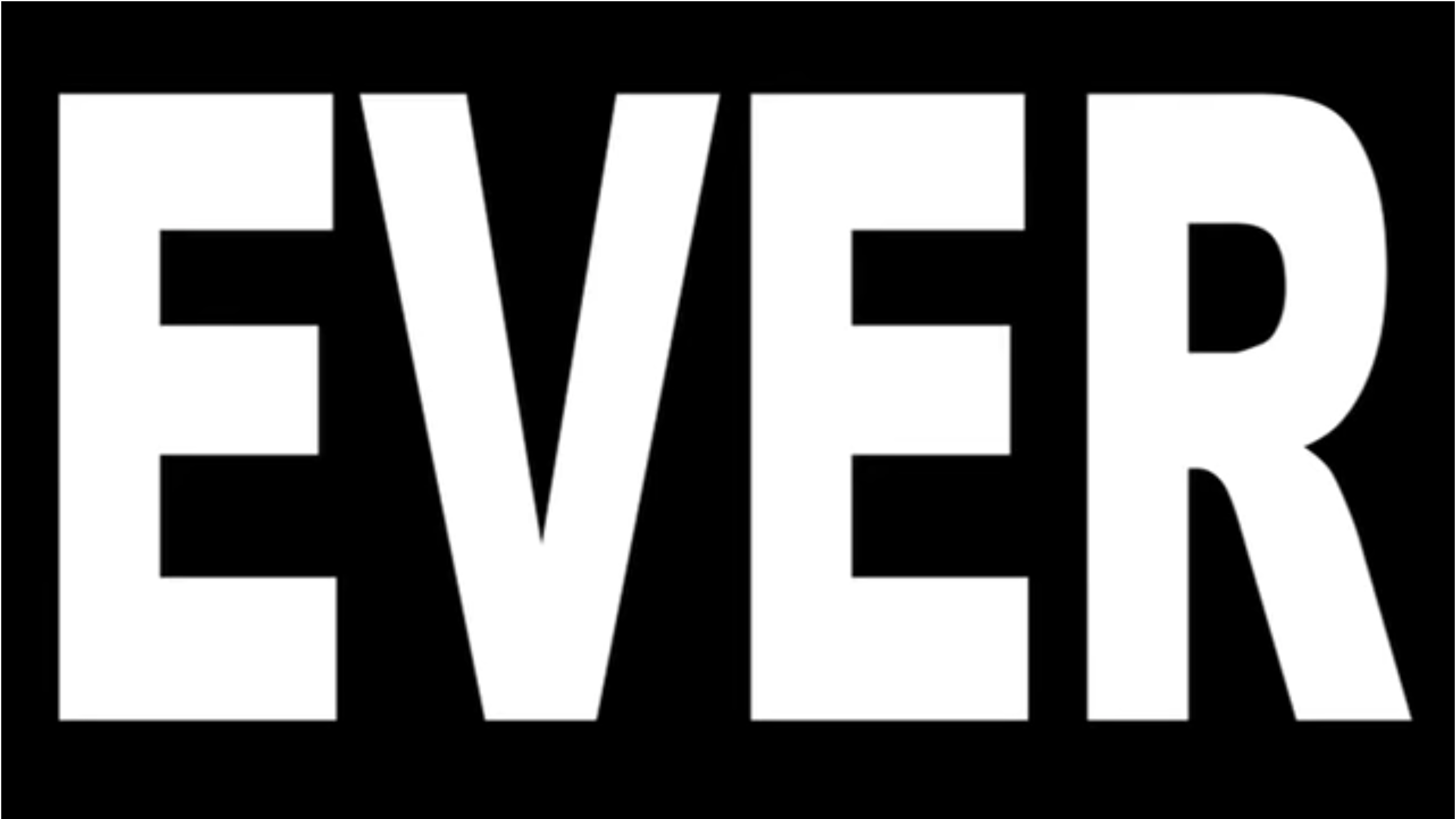 The montage began! Cameras heading towards the sun! Going right into the character's eyes! The running! This dude was right: This stuff IS in every anime opening!

This Youtube supercut turns ten years old today, and if you were in the anime fandom around 2010 you had probably seen this video at some point. Now with 3 Million views, I think the reason it resonated with so many people is that for as much anime we watched, we probably noticed these trends but didn't make the full connection until it was fully presented in front of us. Regardless of genre or tone, there was this underlying connective tissue across dozens of shows that we may or may not have seen before. And shown in such a slick and edited fashion provided a connection across the shows we love.
While videos like this are likely uploaded onto Youtube now more than I can imagine (maybe even right now as I write this!), this supercut was the original, back in a time when fandom was certainly a lot smaller and growing. Even though Youtube was becoming more of a hub for anime content  (as we were slowly getting out of the Bleach-episode-split-into-three-parts era), fandom was more split in the sense that everyone had their own particular hub or forum they claimed home. There was no AniTwitter or Youtube Community tab to trudge around and find out what wider fandom was talking about. And yet, everyone seemed to have come around and appreciated this, a small stepping stone to what the community would end up becoming today.
I was just going to celebrate this little piece of fandom fun with an article going down memory lane, but I decided to try to reach out to Derek Lieu, the original creator of the video, to see if he had anything to add for this retrospective. And luckily he got back to me really quickly!

Can you first introduce yourself and what you do?
My name is Derek Lieu, I currently live in Brooklyn NY and I make video game trailers! I’ve worked on trailers for Firewatch, Subnautica, Spelunky 2, Ooblets, Dead Cells, Half-Life: Alyx, and a lot more.
How did you get the idea to make the "Every Anime Opening Ever Made" video?
When I learned the American X-Men animated series from the 90s had alternate opening sequences made for when it aired in Japan I became fascinated by what made those openings so distinctly Japanese. I don’t remember my precise thought process, but I started downloading textless versions of anime openings from YouTube to start, and started sorting the footage. I think the one exception I made was for Neon Genesis Evangelion because I couldn’t not include it.
About how long do you think it took to edit?
Believe it or not the whole project took about an afternoon and maybe part of the evening. Downloading all the openings took longer than the actual editing. After downloading them I sorted the different tropes into categories like I normally do when editing stuff. Once the footage was sorted I barely moved anything around except to adjust for music sync and also where each chunk of tropes fit into the video. I used a specific Ayumi Hamasaki song which was used for the cel-shaded Molly Star Racer trailer (which much later became Oban Star Racers). The original remix song is much longer so I edited it down to about 3.5 minutes.
Is there anything in particular that stood out to you when you were making it? (Outside of so many shows using the same shots, obviously haha)
I think the main thing that occurred to me is that so many of these tropes are just great ways to create cool moving images using as little animation as possible, but which still feel dynamic and fun to watch. One interesting bit of trivia is Trigun is one of the few series whose opening is footage from episodes cut together. This was by far the exception to the rule.
I remember this video very fondly back in the earlier Youtube days, and it has 3 Million views as to date. Did you ever expect it to be that successful?
Haha, not in the slightest. It seems the videos I give the least amount of thought always get the most number of views and the ones I spend a lot of time get the fewest.
What do you think is your favorite and least favorite "trope" in the original video?
I like the head turns. I didn’t even give attention to that one when I started the project, but it very quickly revealed itself as one of the most common ones. I don’t think I have a least favorite; they’re all fun to watch. One of the funniest is a person reaching their hand out to someone on the ground; I like this one because it’s so incredibly specific.
Do you still watch any anime? And if you do, do you see any of those same shots/frames/movements in particular still being used today?
I don’t currently watch any anime, but I assume a lot of openings still use a lot of these tropes. Because they cover everything from standing still to running. I later made a video for unique anime openings because there are some which have really great stylized art and interesting images. I also made one for classic anime from the 80s and earlier which helped me see where a lot of the tropes originates.
Do you have any other thoughts on the video looking back on it ten years later?
Reading comments from people who watched it as a kid and now are rewatching it as adults makes me feel old, haha. Also, people keep telling me I “forgot” an anime. I once tallied all the anime people say I excluded and the list was far far longer than the number of anime in my video. Also, a lot of people mention anime which released after the video was made :P One bit of trivia, I didn’t include any Naruto because at the time I thought it would’ve been funny to exclude the most popular anime at the time. Sorry, Naruto fans.
We'd like to thank Derek Lieu for not only making the video, but also for taking the time to speak to us. You can find him on Twitter and Youtube.