REVIEW: The Eizouken Live-Action Movie Takes a Hands-Off Approach to the Source Material

It’s not bad but it’s not Eizouken 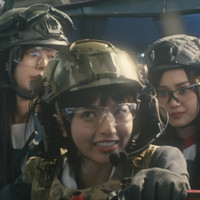 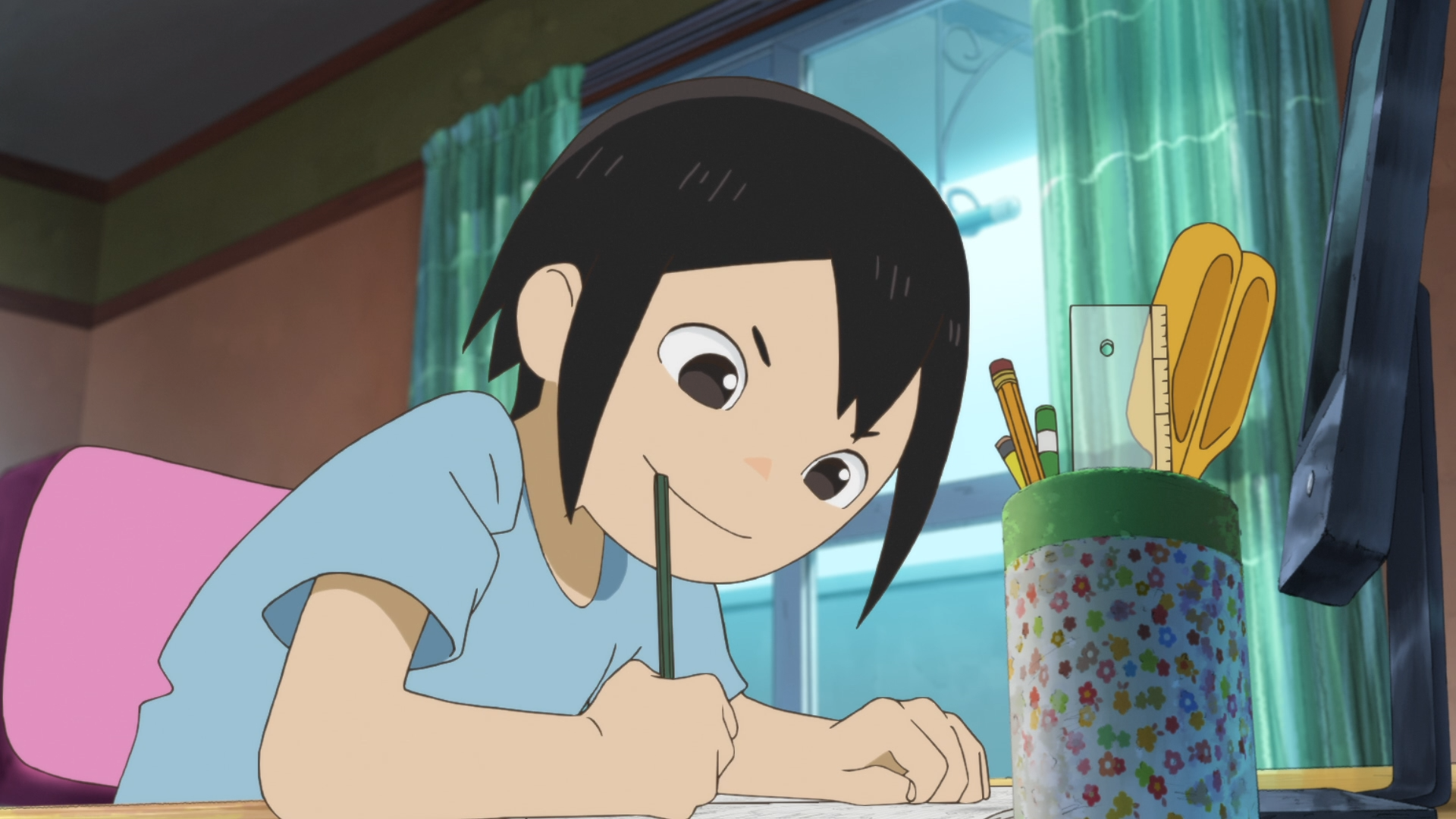 I promise that it will make sense soon.

To this day, faxes are huge in Japan. A lot of people, especially small business owners and freelancers, use them to send out invoices and the like, which must also be stamped with their personal seal known as a hanko. It’s an inescapable part of the giant, slow-to-change bureaucratic machine that permeates everyday life in Japan. Japan’s new administrative reform minister, Taro Kono, recently declared war on hanko and faxes, but it’ll be an uphill battle because Japan is basically the DMV if it became a country, with endless forms, applications, stamps, etc. It would actually be a pretty good topic for a satirical anime or something. But it’s not really the right topic for an Eizouken movie. Yet that’s what Tsutomu Hanabusa's live-action adaptation, which premiered on September 25, is ultimately all about.

The original Keep Your Hands Off Eizouken! manga and anime had a pretty straightforward story: a trio of high school friends start a club to make traditional, hand-drawn anime. There was, of course, much more to it under the surface — like a look at how an artist’s environment influences their work, the very specific details that make anime feel more real, the delicate balance between creativity and realistic time/resource management necessary in any kind of artistic production, etc. The original story admittedly also had its flashier moments, though most of them took place in the imaginations of the three main characters: Midori Asakusa, Sayaka Kanamori, and Tsubame Mizusaki. On the whole, Eizouken is a celebration of the artistic spirit and a goofy, energetic love-letter to an industry that rarely loves animators back with its long hours and creative compromises. 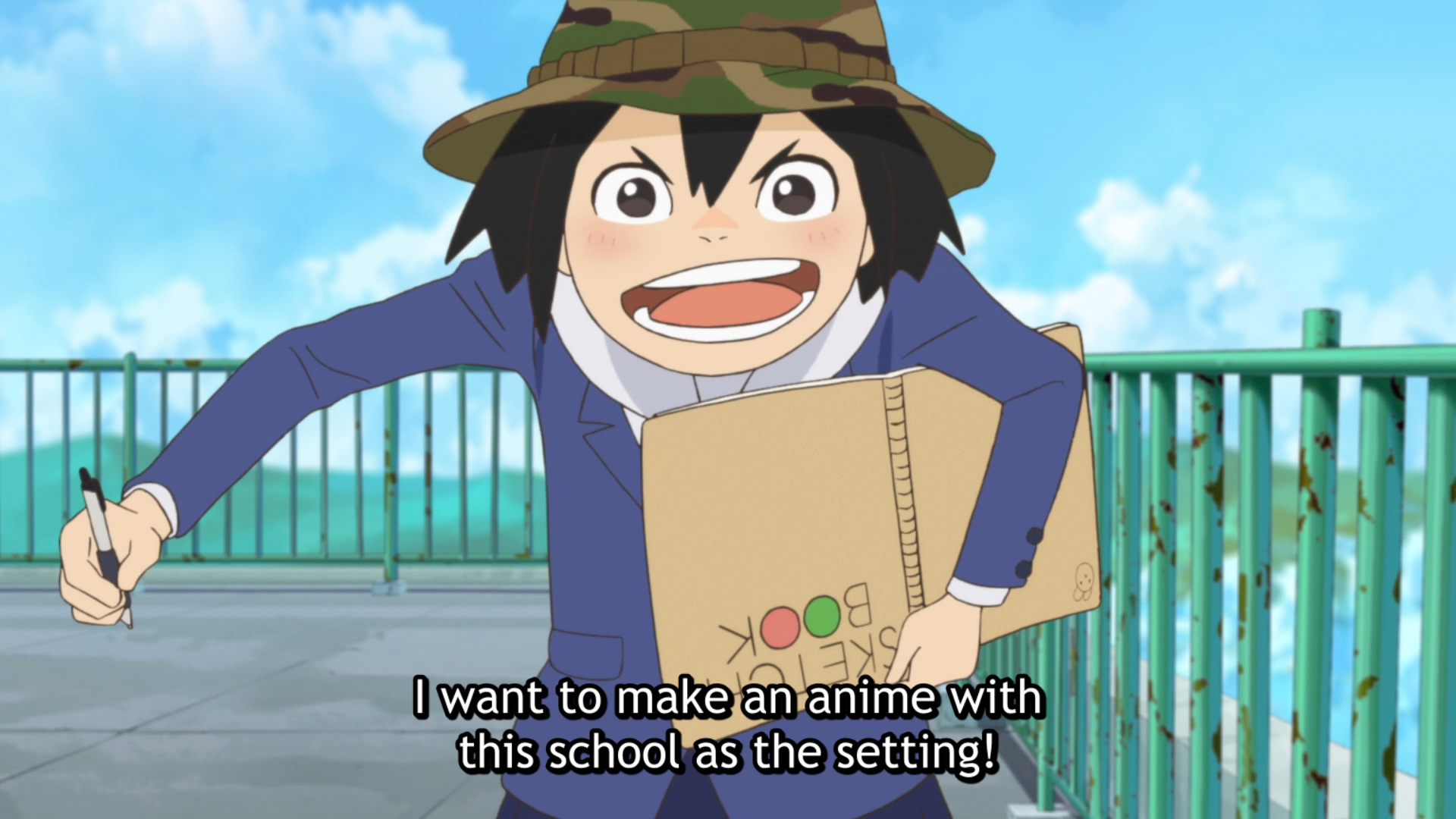 The Eizouken live-action movie, on the other hand, has combat scenes, tactical police raids, elaborate battles, and, if I understood it correctly, a typhoon in a box. None of those are from the anime produced by the Eizouken club. They all happen within the movie’s “real” world and their goal is to push forward the idea that bureaucracy is bad.

Let me explain. In the manga and anime, the Student Council at Asakusa, Kanamori, and Mizusaki’s school was mostly an occasional roadblock they had to overcome to get some money for their club or to screen their finished anime. They did have a more prominently antagonistic role in the Culture Festival episode where they utilized their own security force, but to call them the villains would be really missing the point of the story. So anyway, the Student Council is 100 percent the villain of the Eizouken movie.

In the live-action film, the Student Council runs the school with its own paramilitary force that they use to enforce the ideas of Total Bureaucracy. They intervene in afterschool activities, merging existing clubs according to their whims, even if it doesn’t make a lick of sense. They can only be fought with signed forms and the like. They hate Eizouken because they represent disorder and because their existence challenges their rule-obsessed … rule. All of this was definitely a small part of the manga and anime but here, it’s been dialed up to 11 and given center stage, all to create an easily-recognizable Big Bad for the Eizouken girls. 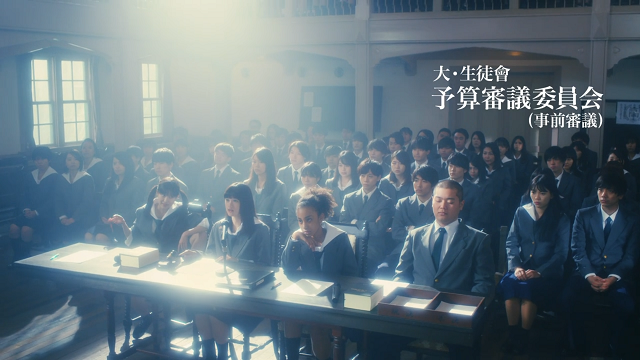 All of that doesn’t make the movie bad. On its own, it’s a semi-enjoyable story about insane high-school girls so obsessed with their administrative duties that they organize an armed police raid on their friends while yelling: “Don’t let them make that anime!” It’s a bit funny. But it’s not Eizouken.

An interesting thing about the live-action Eizouken movie is that it was supposed to premiere back in May (but got pushed back because of COVID-19) so it could follow the live-action series that aired before it. The series covers the events from the first chapter/episode up until the Student Council budget review, while the movie cuts down all that story into about 40-45 minutes and fills the rest of its runtime with new footage concluding with the screening of the Robot Club anime. This really hurts the movie because it was written with the assumption that the audiences have all seen the series, so a lot of crucial context is missing. Why do Asakusa, Kanamori, and Mizusaki have a problem with the Student Council? Covered in the series. How did they get their dilapidated clubhouse? Covered in the series. Why is there a cheerleader rebellion happening on the school grounds? Covered in the series.

If you’ve read the manga or seen the anime you won’t have trouble following it, although you probably will have trouble recognizing your favorite characters. Literally, the entire main cast is wrong. You remember how Mizusaki could flawlessly switch between her geek and model persona? Well, now she gets a bit flustered when people ask for her autograph. Also, there are no traces of the detailed-obsessed aspiring animator left in her (the film as a whole focuses very little on the actual act of making anime which is definitely ... a choice.) She’s not annoying or a bad influence. It’s not a terrible direction. It's just different. In the movie, Kanamori has exactly one scene where she can demonstrate her producer and money-and-resource-procuring skills and it happens off-screen. The rest of the time, she mainly yells at Asakusa and Mizusaki for not focusing. She did get a few more character-building scenes in the TV series but movies are meant to be as self-contained as possible so it would have been nice to see that here. 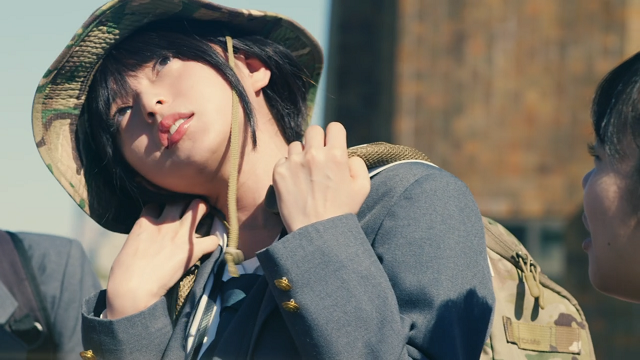 Asakusa is probably the worst. In the manga and anime, she was an adventurer, a dreamer, a hard worker, a fully-rounded person. She had trouble with crowds or public speaking but she was brave in other areas, and she knew exactly what she wanted. The live-action Asakusa has a violent physical reaction when strangers talk to her. She also cries A LOT. She constantly has the look of a lost kitten about her, afraid of the world and what it might do to her. The animated/drawn Asakusa loved the world. She was fascinated and inspired by it to create anime. The live-action Asakusa does design to escape the real world because it scares her. Maybe this type of character could’ve worked in another series, but this just doesn't feel like Eizouken.

A lot of the choices in the movie are weird like that. The recap of the TV series happens in the form of a parody of samurai movies like Rashomon. There’s another parody of a Japanese variety show after that. A few American movie spoofs are also thrown in later. That’s possibly a commentary on modern entertainment, which would make sense in a story titled Eizouken (lit. “motion picture studies”), but the point of the anime and manga is that these girls aren’t making or studying general “motion pictures.” They make anime. Hand-drawn anime. They hammer in the difference between regular cinema and anime a lot. It’s one of the themes of Eizouken. But not in the live-action film, because, apparently, when the screenwriter read the name Keep Your Hands Off Eizouken, they took it as a suggestion to stay as far away from the source material as possible.

Have you seen the live-action Eizouken movie or TV series? What did you think of them? Let us know in the comment section!