ESSAY: God of High School's Yu Mira and the Power of No

How Mira pushes against tradition and our assumptions about tournament arcs 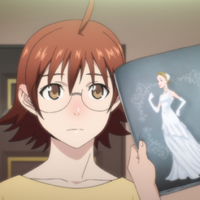 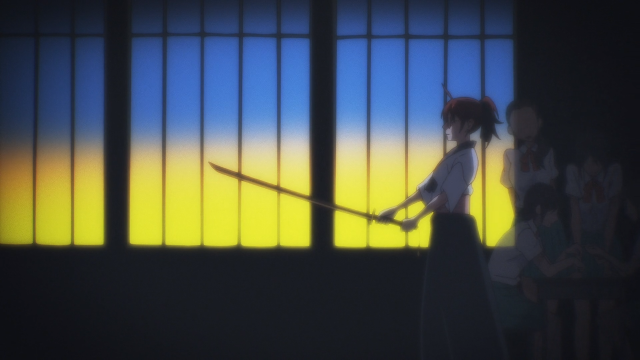 The God of High School's Yu Mira is the last of her kind. A student of the Moon Light Sword Style, Mira is fiercely protective of her family’s fighting style, of which she is responsible for carrying on after her father’s untimely death. A contestant participating in a global fighting tournament must be prepared for anything — even if it means sacrificing a normal teenage life. Anime fans are no stranger to fighting arcs and The God of High School only expands on this fascination with blatant displays of competitiveness. Although Mira is only one of dozens of competitors, her unique circumstances take our expectations of the typical tournament arc narrative in unexplored territory. She enters The God of High School without hesitation and with only two goals: to survive the Moon Light Sword Style and find a suitable husband.

Easy, right? After years of saying “yes” to family obligations, the tournament arc narratives turn everything on its head for Mira. How far has she pushed herself — and what does it mean to finally say “no” when it seems like everything has gone according to plan? 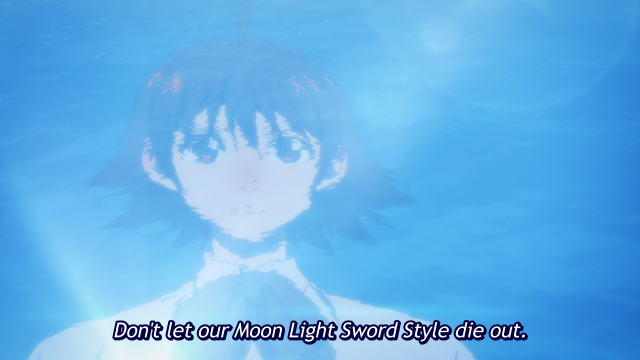 Mira reminiscences on her father's words while examining her reflection

All Is Fair In Love And War

Admittedly, I was a little skeptical when I first watched GoHS. I've often found tournament arcs tedious because there are only so many ways to watch a guy get punched. Sure, it's typical to pepper tragic flashbacks and backstory between rounds, but what's the point of not knowing all that information beforehand? In fact, I was shocked by how quickly God of High School's main trio accepted their offers to compete in the first episode. It didn't just feel like they were excited. They were obligated, needed to fulfill a higher calling. In fact, it seems as though saying “no” was never an option. Where was the tension? Were they ever scared? What really drives them? 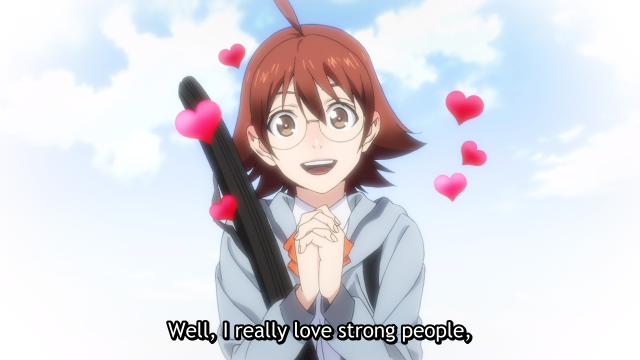 Mira isn't fighting for herself. In fact, hardly anyone is — Daewi enters to help cure his hospitalized friend and care-free Jin ultimately wants to see his grandfather again. The appeal of tournament arcs is that they are, on the surface, a bubble away from reality and the rest of the plot interfering. At their best, they showcase exciting new characters and powers. At their worst, they needlessly drag on while you drown in flashy attack animations and screaming. But what happens when that bubble pops? What if, under the supposed glamor, a tournament arc is really nothing more than a crucible, a pressure-cooker to really discover what people are made of outside the fighting stage? 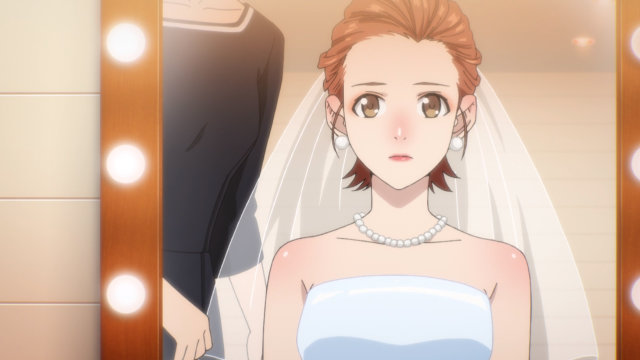 Mira on her wedding day

Like a perfectly timed soap opera plot twist, Mira announces she is getting married right before her big match-up against Daewi. But of course, I thought. Why not? Might as well cross one item off your list while you’re ahead. Or so it seemed. Powerful and handsome super businessman Oh Seongjin is so infatuated with Mira’s fighting he offers her his hand in marriage in exchange for her precious heirloom sword. But there’s another condition: drop out of the God of High School tournament. From Mira’s perspective, if there was any time to climb up the social ladder and preserve her precious family sword style, this was it. In fact, she says “yes” so quickly it's hard for Mori and Daewi to comprehend why in the world someone would throw it all away for matrimony. 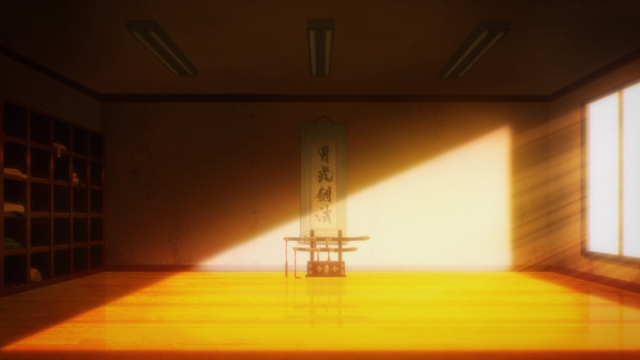 If it wasn’t obvious, Mira’s experience in this tournament is an especially gendered one. Rather than have Mira refuse the offer under the flimsy assumption that that's what a stereotypical “strong female character” would do, she accepts wholeheartedly. It’s subversion insofar as Mira isn’t tragically kidnapped or being mind-controlled or forced — she’s still calling all the shots. Because if she did it for love (as if she even had the time to entertain the thought!) that’d be too selfish. Earlier in the series, Mira is shown repeatedly refusing offers from her classmates to go shopping and visit a new nail salon. Instead, she feverishly practices at her family’s dojo, perfecting her skills, even doing the drudgery of cleaning. On one hand, she’s undoubtedly diligent and capable to carry on her family legacy. But on the other, she’s depicted as too invested to say “no” or push back against tradition. If there’s a happy medium possible, we can’t see it. 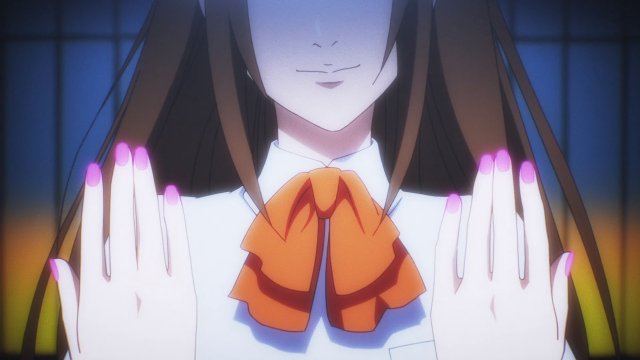 "I roared. And I rampaged. And I got bloody satisfaction."

This is normally where you’d feel bad for her. Oh, how terrible, she threw her whole life away for her family. But for the most part, Mira is well-adjusted, if maybe just a tad bit obsessed with her blade and beefy guys. She has great capacity for getting along with Jin and Daewi. However, their differences only become more apparent when Jin plays a prank on Mira and ends up throwing her precious sword over a bridge. Mira doesn’t hesitate to go search for it and it’s obvious this creates a rift in their friendship. Everything is easy-going until this is addressed — it is both her purpose in life and, unfairly, an extremely heavy burden. 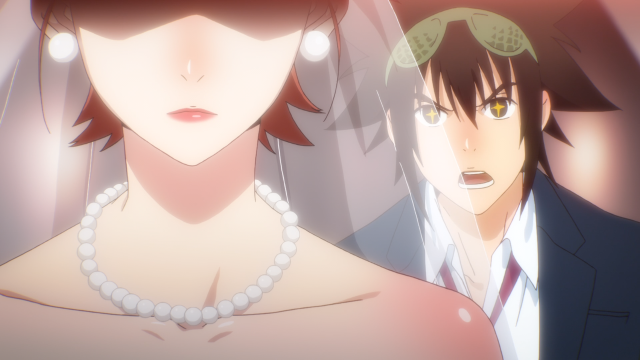 Mira’s obsession with fighting is “quirky” in the same flavor of ambitious-but-still-clueless we see in other male battle protagonists. Her depth of character goes a little further than these surface-level traits, though. Compared to Daewi and Jin, Mari’s conflict is more internal than external — otherwise wouldn’t it be just enough to carry on the sword style without the question of marriage? She isn’t just obligated by societal expectation of competitive performance, but of being the “right” type of woman who will always say yes to what is asked of her. 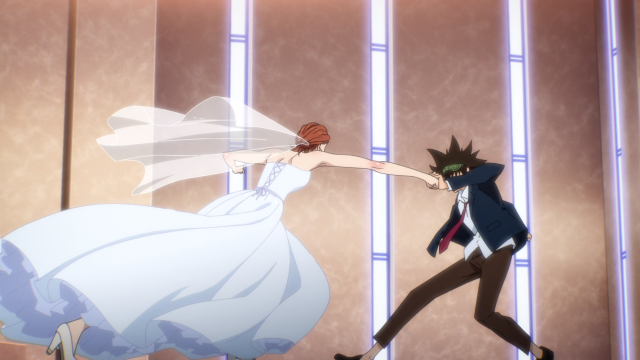 The first punch is thrown

If God of High School has one prevailing theme, it’s that of discovering what your motives really are. Like so many tournament arcs in anime have taught us, we anticipate our plucky protagonist’s competitors to have one motive and one motive only. But this series interrogates that stereotypical assumption — Mira ultimately works up the strength to say “no” to marriage after a flashy, action-packed intervention from Daewi and Jin. A few episodes later, Daewi’s hospitalized friend passes away and he must also reorient his relationship with the tournament. If the real mettle of tournament arcs is to dramatically draw out character motives, God of High School throws it all for a loop and makes sure we’re on our toes. Unlike the bubble of self-contained tournament arcs, the Seoul of God of High School is fully-realized and so is all the baggage its contestants bring into the arena. 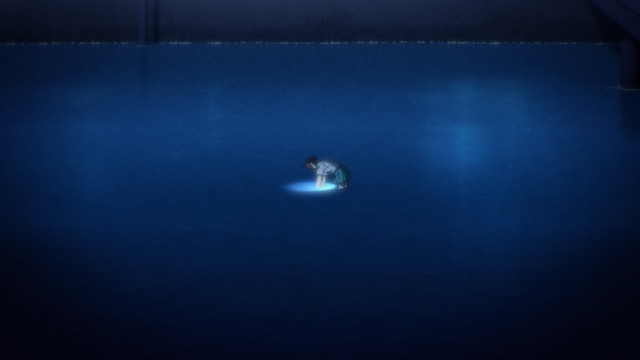 Mira searches for her father's sword in the lake

In the climactic scene of Episode 4, Jin confronts Mira with these words at her wedding: “A dream means nothing if you don’t grab it with your own hands!” He doesn’t just mean figuratively — with her sword in Oh Seongjin’s hands, she has nothing but her fists to say “no” with. Mira throws a punch at him, unintentionally hitting her uncle as he jumps in to intervene. As cheesy as it may seem, it’s a welcome twist on what would otherwise be a typical villain-of-the-week episode. But before the blows land, Mira's uncle reminds her that giving up on her dreams wouldn't be what her father wanted. Having unintentionally struck him, Mira is forced to make a choice, ultimately deciding to forego the wedding. It’s as symbolic as it is cathartic — Mira is breaking through her familial expectations and entering a brave new dog-eat-dog world. As difficult as it may be, she is finally capable of owning her “no” and living up to it with the support of her family and friends — everything she will need to see the God of High School tournament through.

Is Mira your favorite Za Godo obu Hai Sukuru competitor? Let us know in the comments!

Blake P. is a weekly columnist for Crunchyroll Features. He still thinks the Dark Tournament Saga is good. His twitter is @_dispossessed. His bylines include Fanbyte, VRV, Unwinnable, and more.

Do you love writing? Do you love anime? If you have an idea for a features story, pitch it to Crunchyroll Features!
Tags
the god of high school, za godo obu hai sukuru, mira
« Previous Post
Muv-Luv Alternative TV Anime Hits Japanese Airwaves in 2021
Next Post »
Hetalia Returns in 2021 With Hetalia World☆Stars Anime Project
Other Top News
6 Comments
Sort by: