Visuals, manga panels, and even costumes were on display! 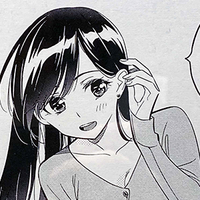 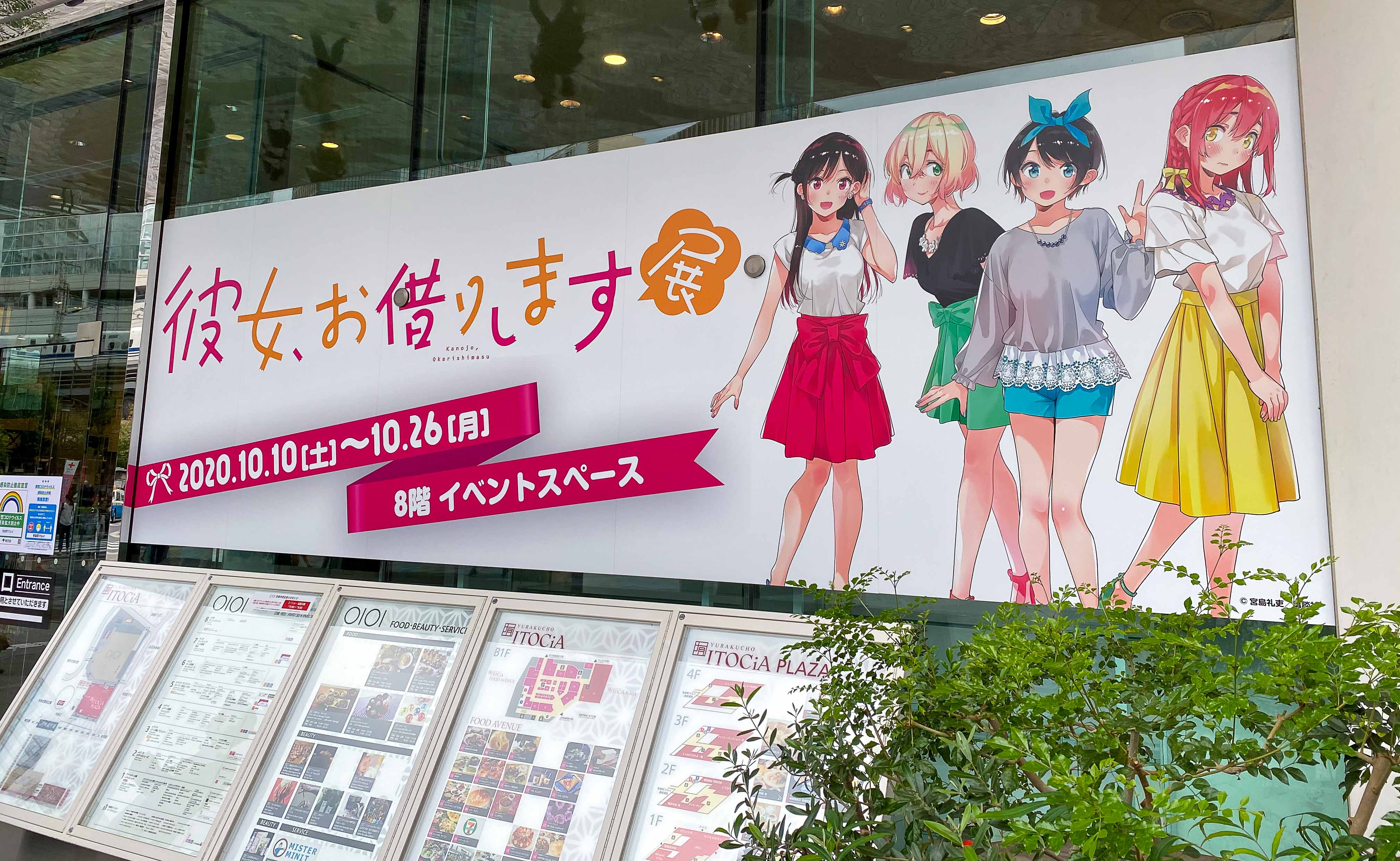 A note on safety: The following event report undertook the strictest of safety procedures to attend, including washing hands with disinfectant before going into the exhibit, social distancing in all situations, and wearing a mask the entire time. We strongly urge everyone to follow the recommended safety protocol in your country and always wear a mask when in public — not just for your sake, but everyone else’s as well.

I got the chance to go on a very special date with Chizuru in one of the more upper-class areas of Tokyo at the Rent-a-Girlfriend exhibition at the Yurakucho Marui. The exhibition was held on the luxurious building’s 8th floor, surrounded by Calvin Klein, Ralph Lauren, and MOUSSEY stores. I felt pretty out of place but my rental girlfriend didn’t seem to mind!

In all seriousness, the Rent-a-Girlfriend franchise is currently taking over the 8th floor of the Yurakucho Marui, holding an exhibition showcasing designs and high-quality versions of panels from the manga, as well as exclusive behind-the-scenes production material from the TV anime series. I got the chance to check the exhibition, the exclusive store for ticket holders, and the cafe out, while getting a photo-op with the main girl from the romantic-comedy series.

Be warned that there will be references to characters and arcs not yet seen in the anime series. 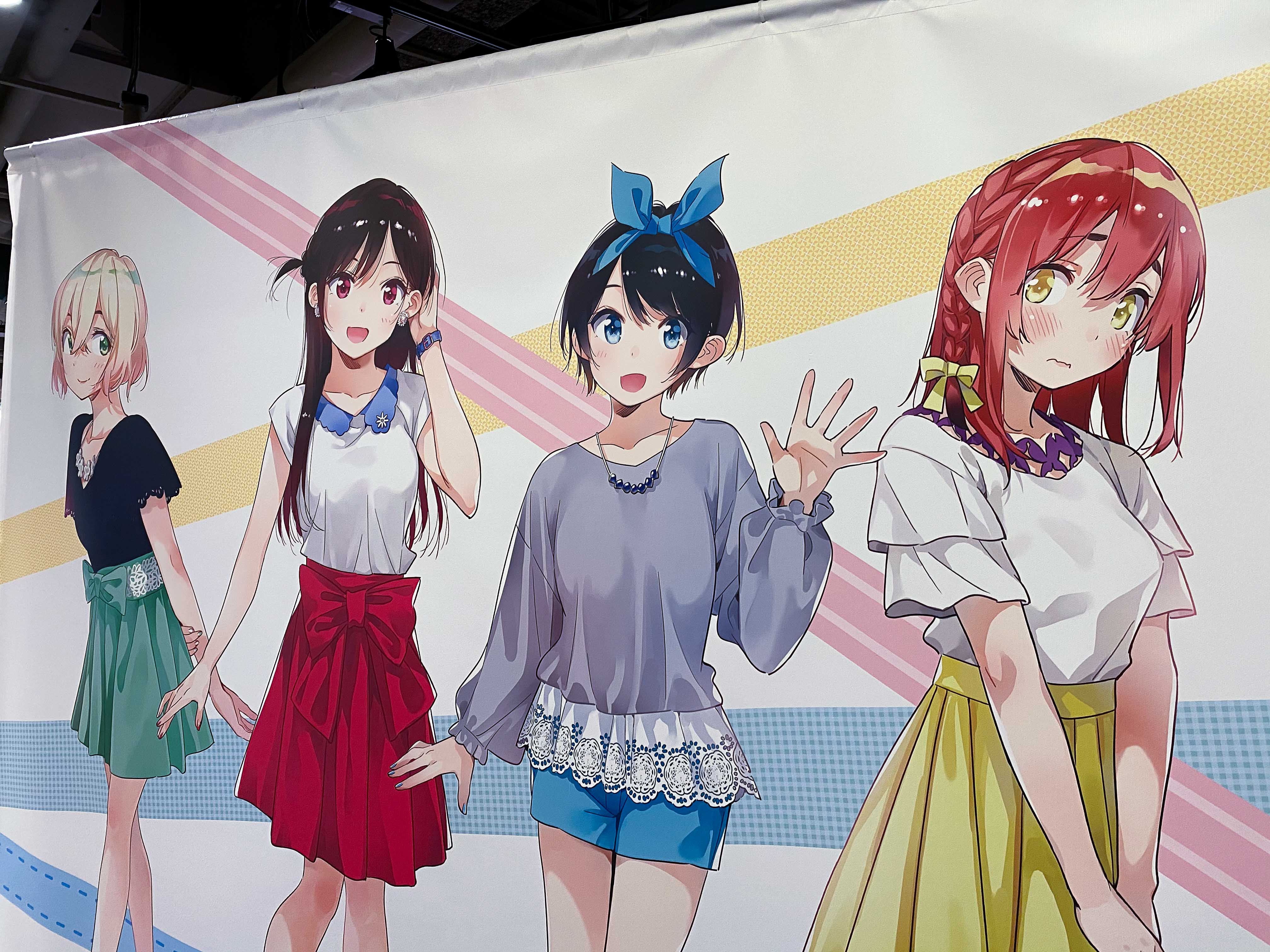 Before going in, everyone was lined up around the 8th floor, spaced out in accordance to social distancing guidelines, and only allowed in once your number was called, leaving a lot of space in the actual exhibition between people, making for one of the most pleasant exhibitions I’ve ever been to. 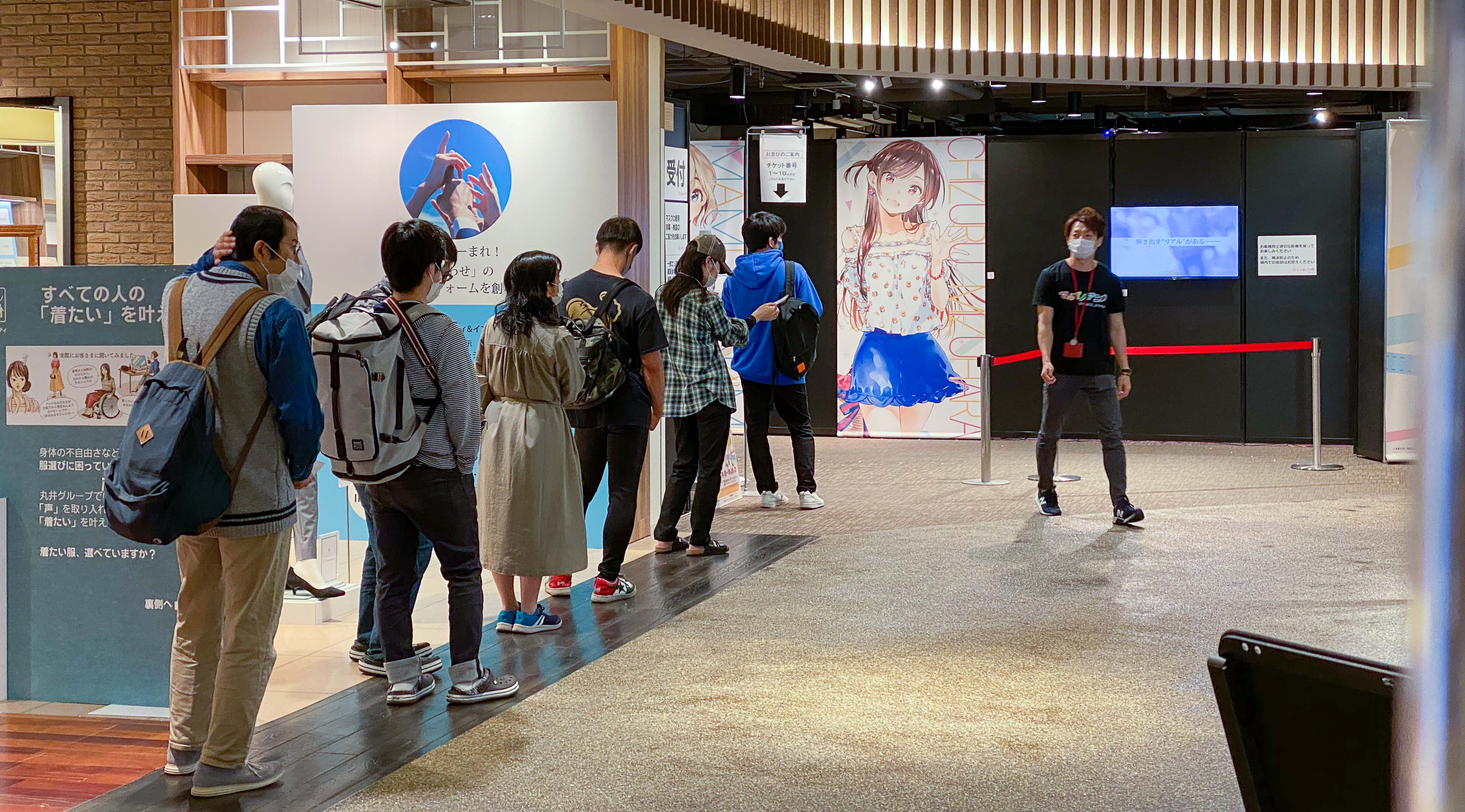 Photography was completely allowed in the first area, with blown-up illustrations of the four main girls, a message from manga creator Reiji Miyajima, high-quality versions of drawings from the series, as well as a confusing — but nevertheless entertaining — relationship cart from the series on a phone screen. 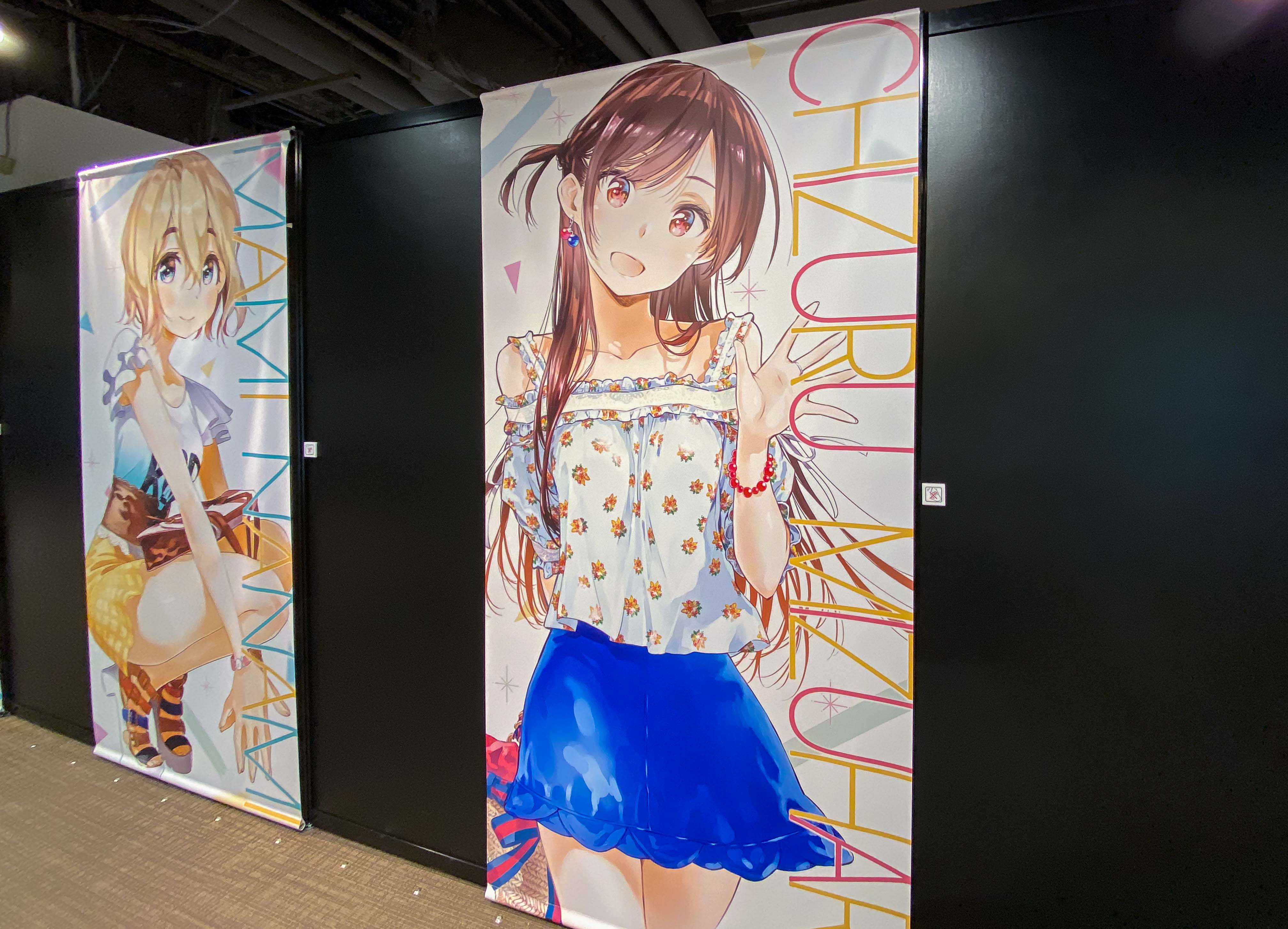 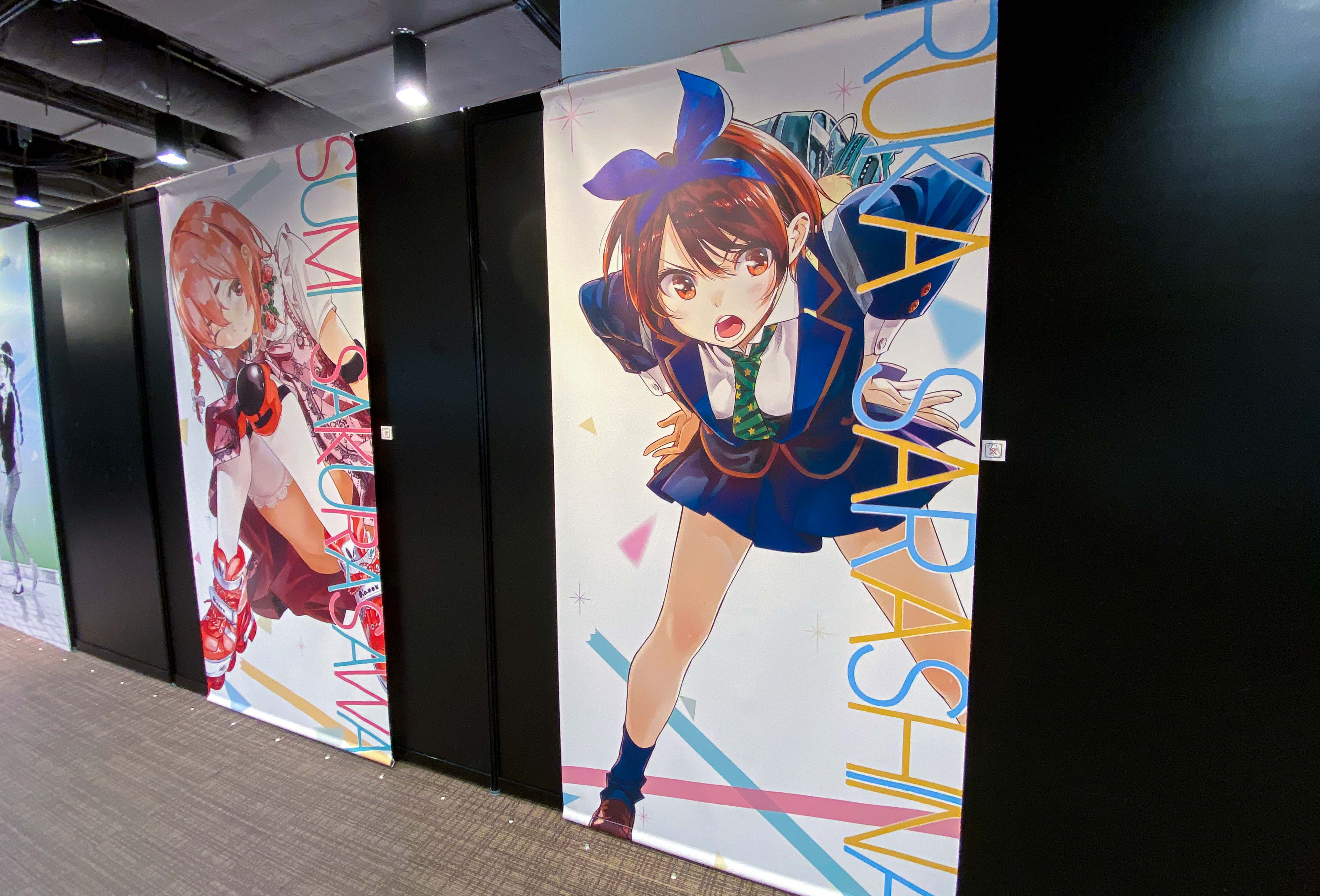 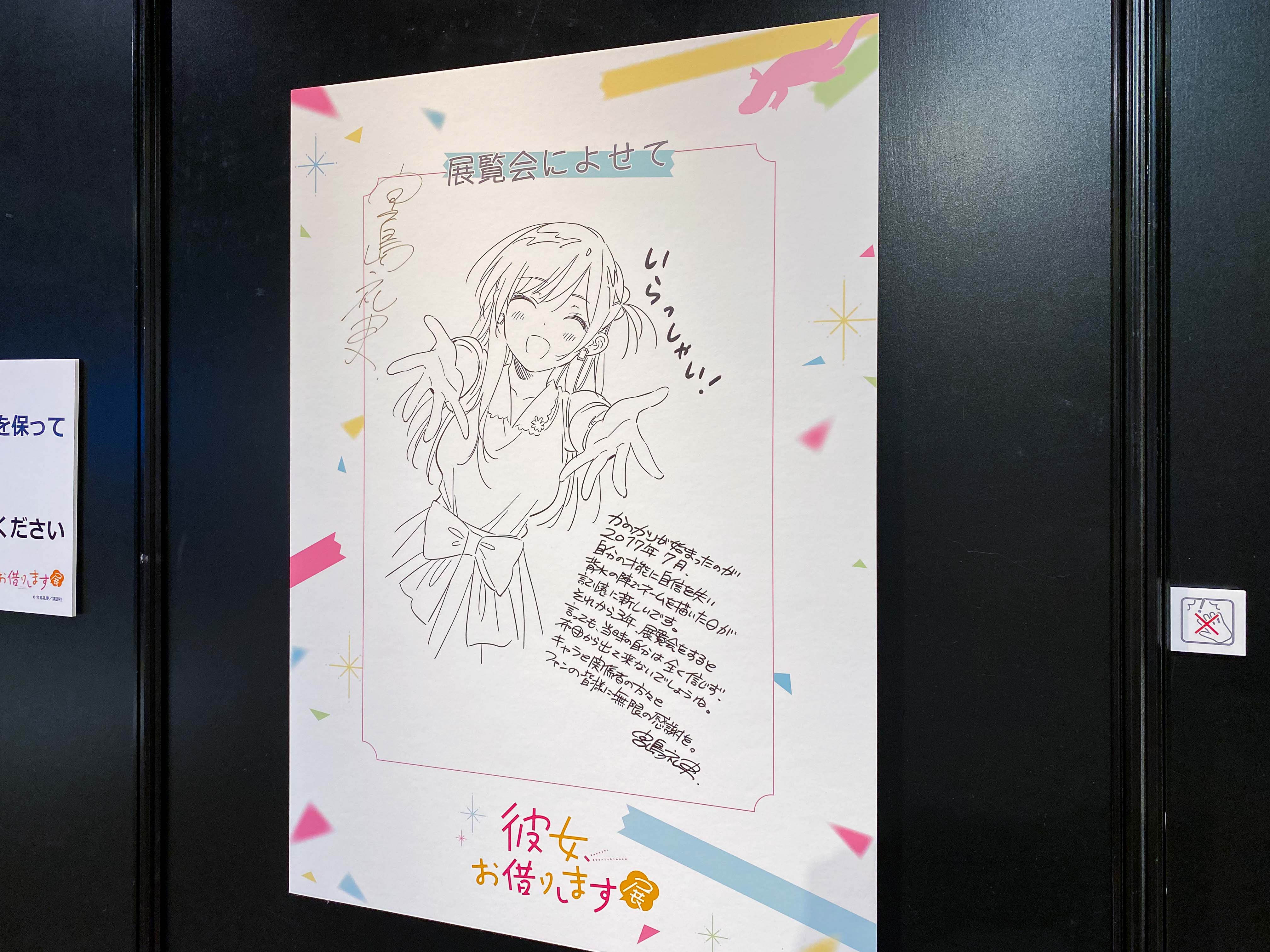 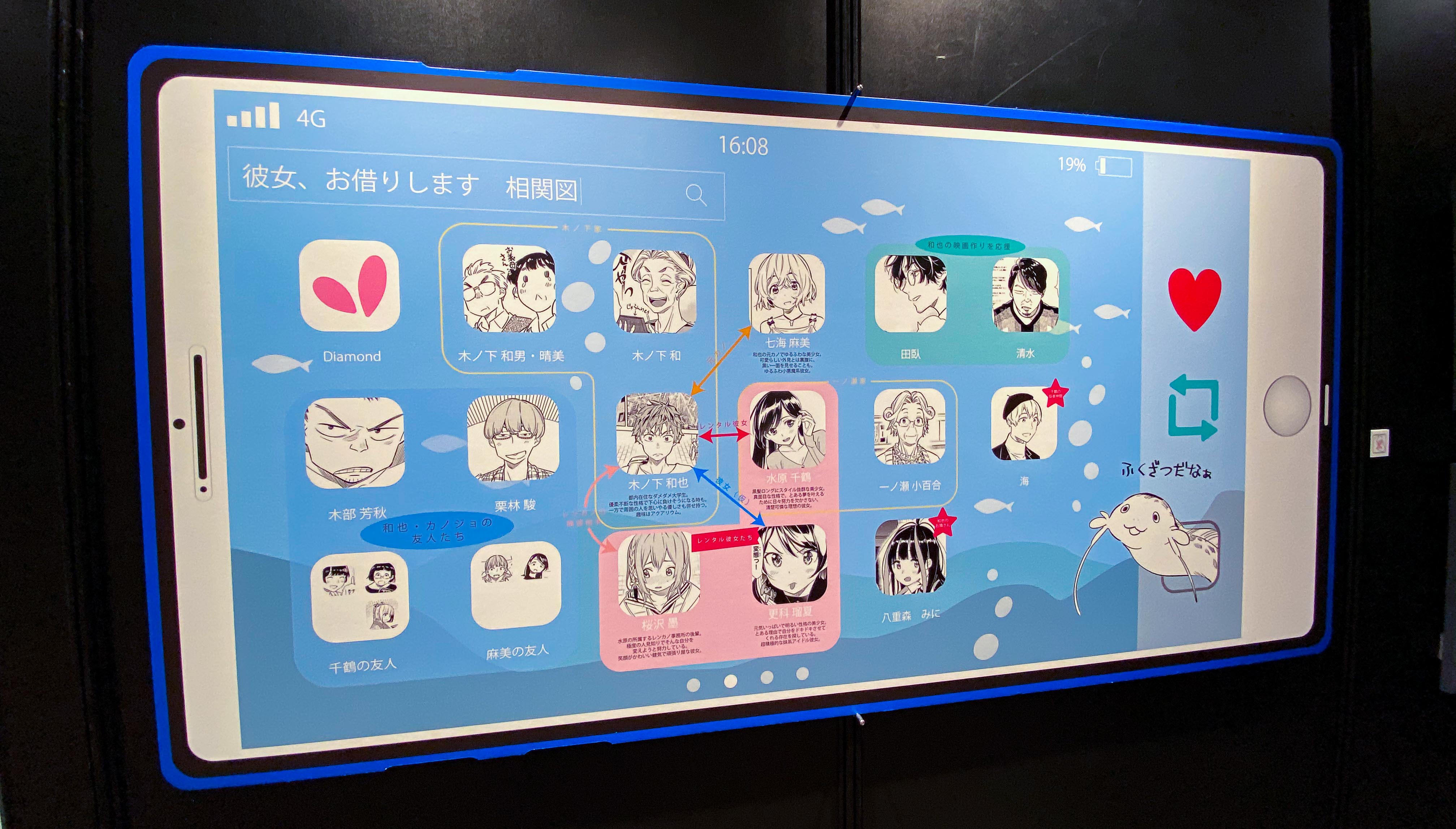 Beyond the first section of the exhibition — and beyond the areas where photography was allowed — were areas set up for each girl, with manga panels from the series based around their key moments as well as a cute display reflecting their personalities. Each area even had their own vocal tracks, with lines from the TV anime and Drama CDs. 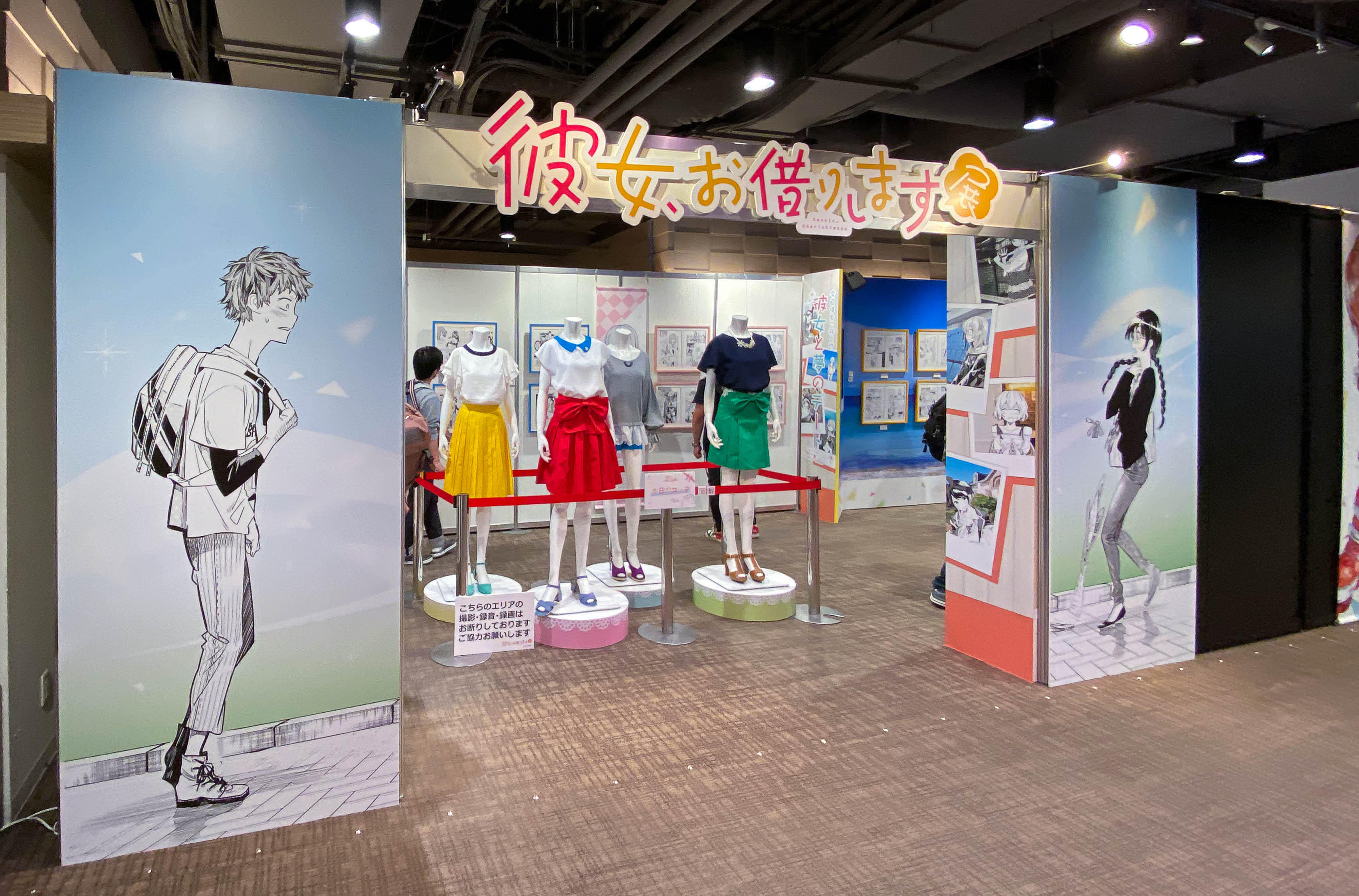 Chizuru’s display was a phone with a website-like page set up for employees of Diamond. The website very closely resembled that of a chan-like messaging board. 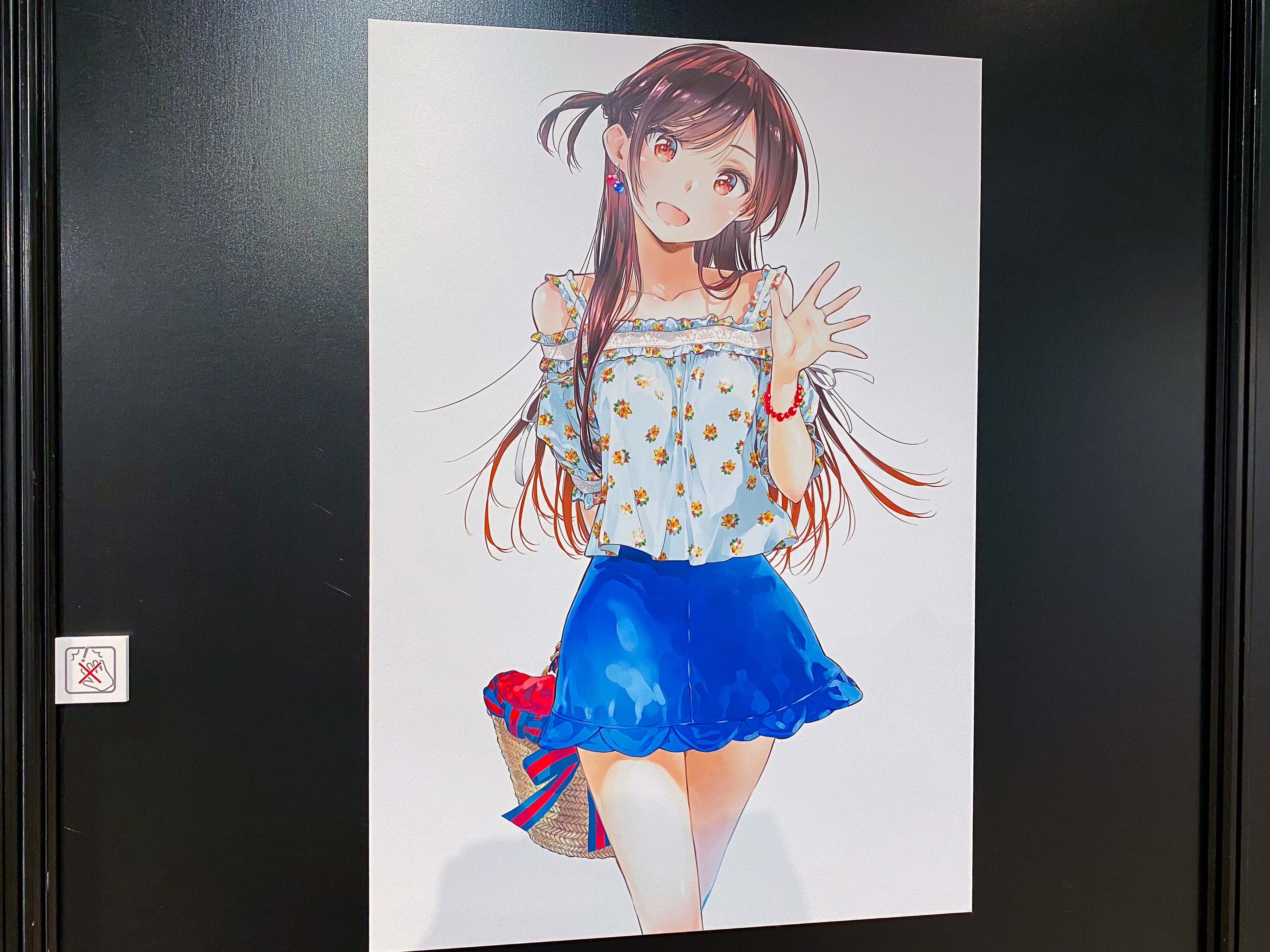 Mami on the other hand had a phone set up with Twitter look-a-like scrolling through a feed belonging to @mendokusai_931. 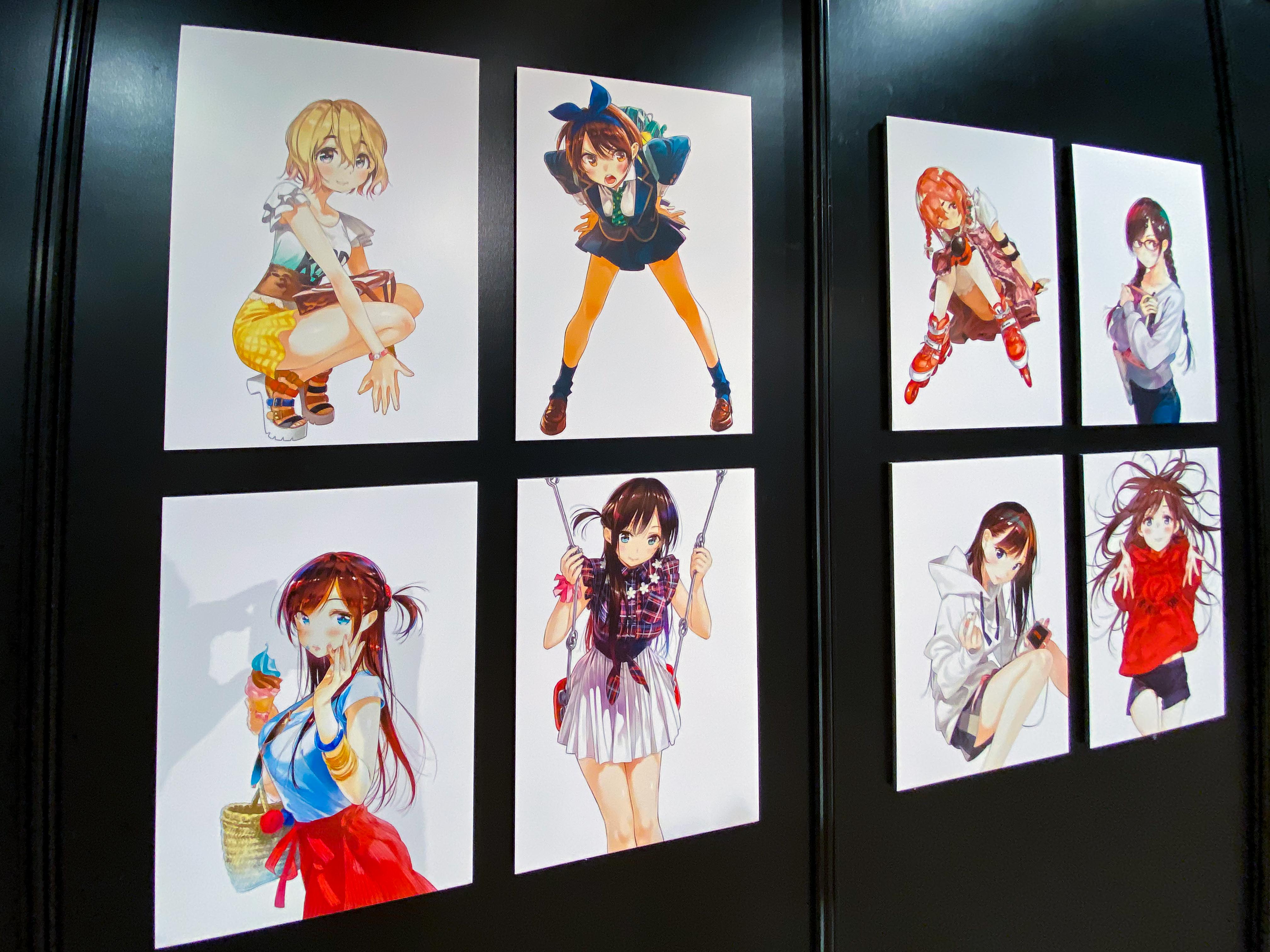 Ruka had her adorable LINE messages to Kazuya popping up on the screen. 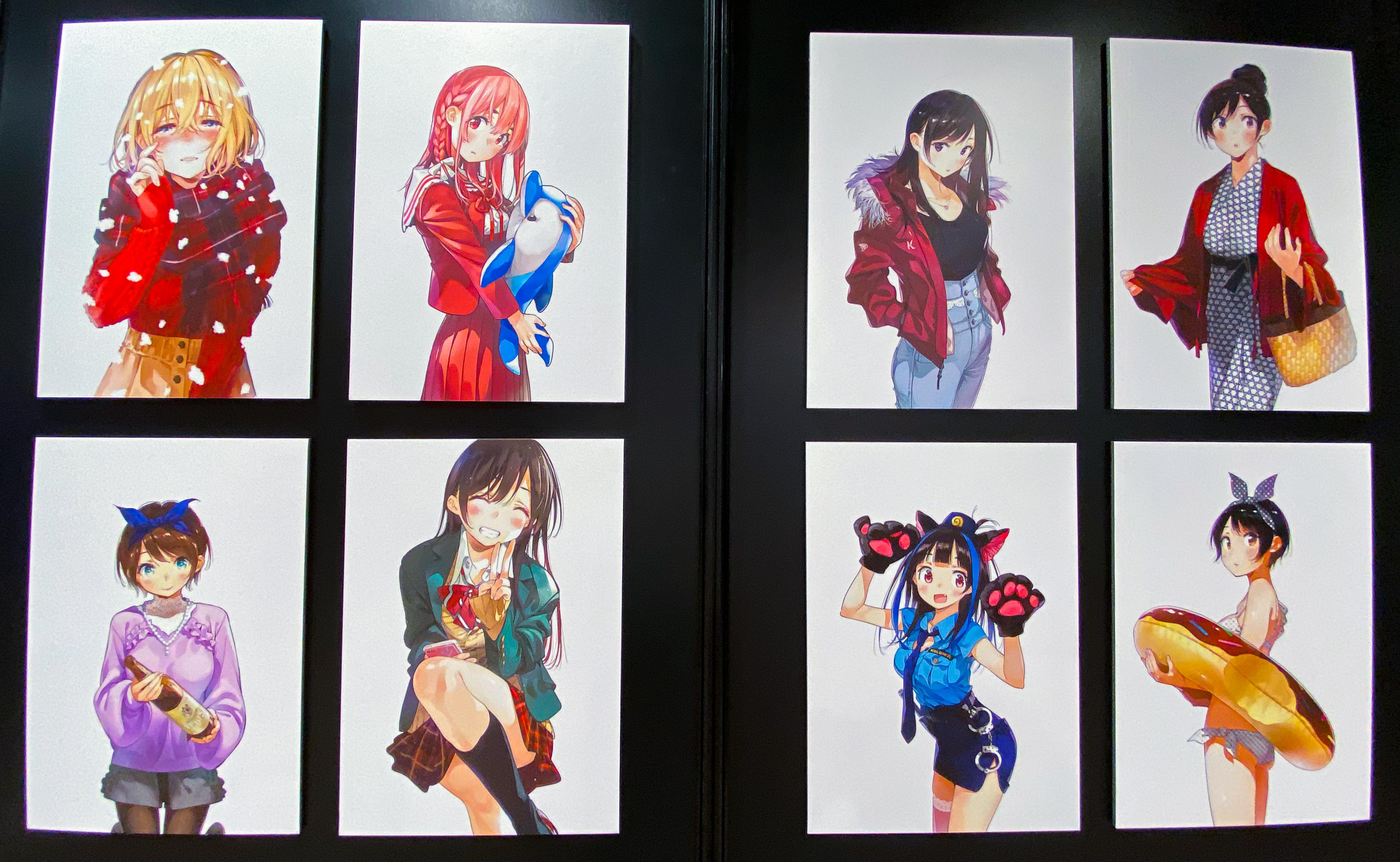 And Sumi had no screen at all, just a traditional Japanese-looking scroll with calligraphy written on it. 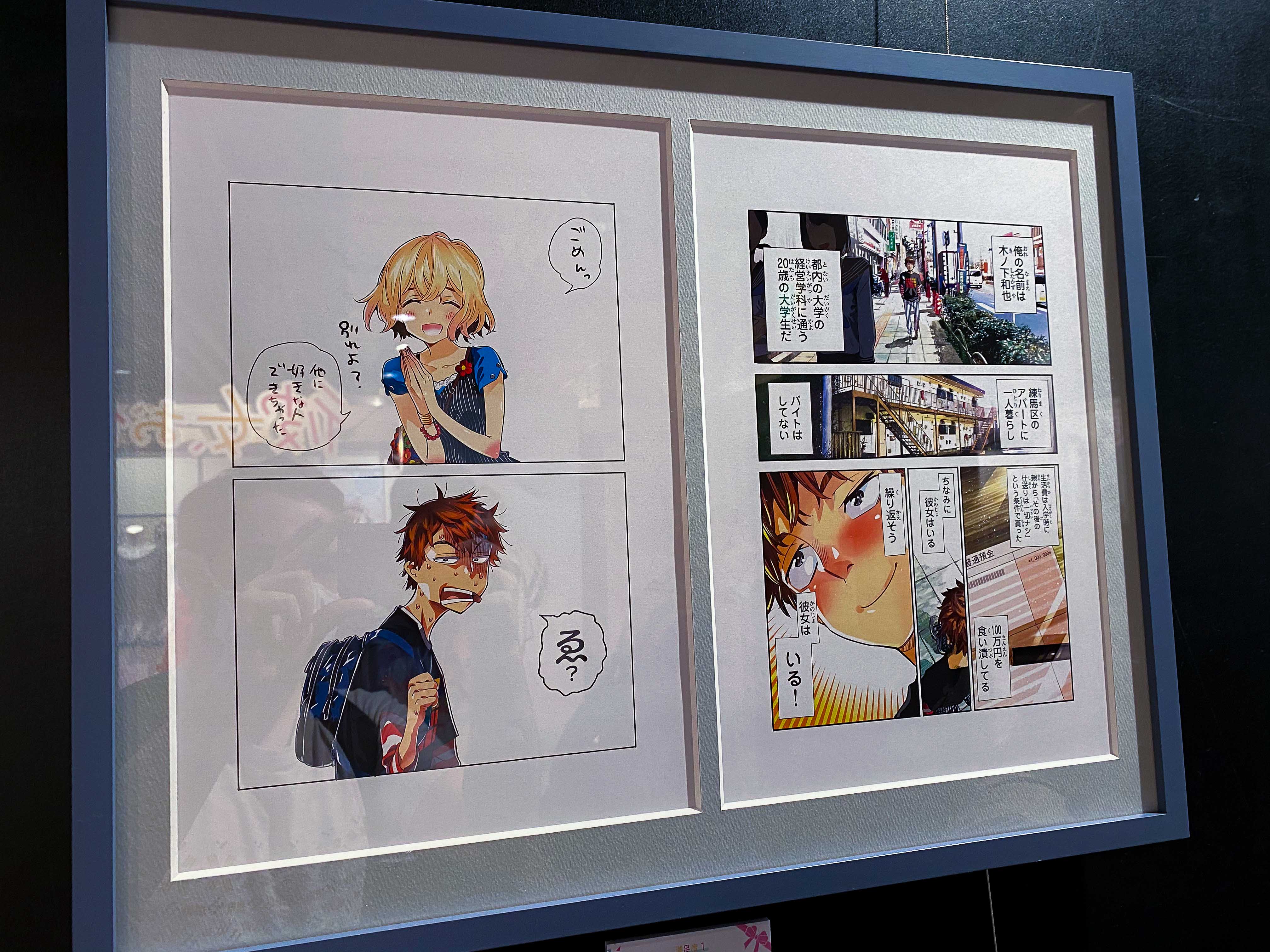 Past the girls were more manga panels, but this time set up in their various arcs of Rent-a-Girlfriend — some arcs went further than the TV anime, including the next girl that will be introduced. These were really cool because the section dedicated The Rental Girlfriend's Dream Arc had one of the best panels in the series blown up and framed with little lights that looked like stars.

Afterward was a video set up playing a recap of the series thus far in the manga set to the peggies "Centimeter." With images of the title pages from the manga. The best ones were the Ruka and Sumi cosplay ones, obviously. Ruka was dressed as an adorable cat and Sumi was in an unbearably cute Bear onesie. 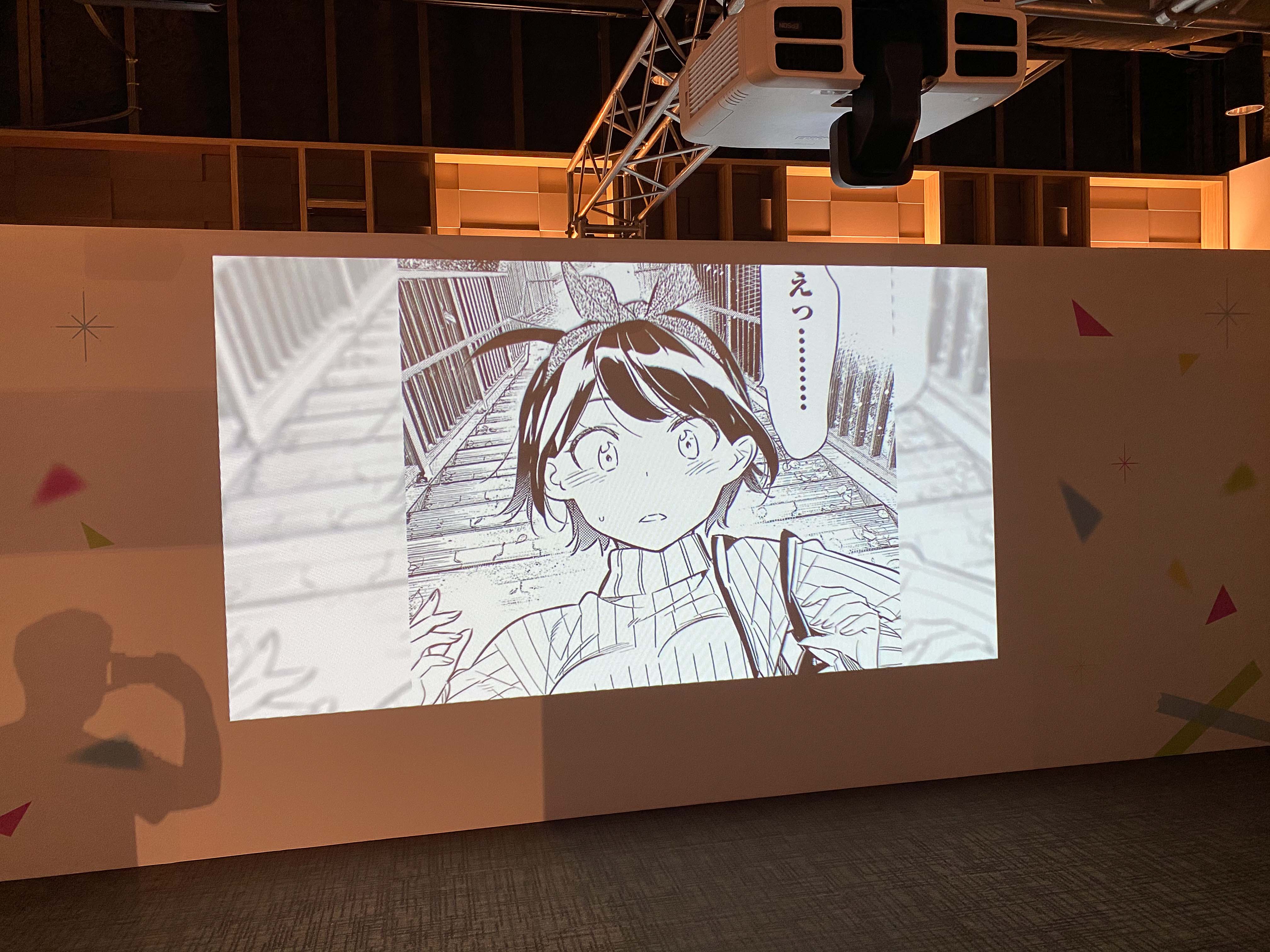 The final part of the Rent-a-Girlfriend exhibition was the anime production material, which was an interesting insight into the production of the anime series. On display were some original key animation, parts of the storyboard for the opening, and the character sheets.

While most of the original key animation translated basically the same to the episodes, there were some interesting differences in some of them. The exhibition decided to show the original key animation of THAT scene from Kazuya’s imagination with Mami, the full page drawing of Ruka, and the date with Sumi (including her getting ready in the morning), all with the finished screenshots next to the key. 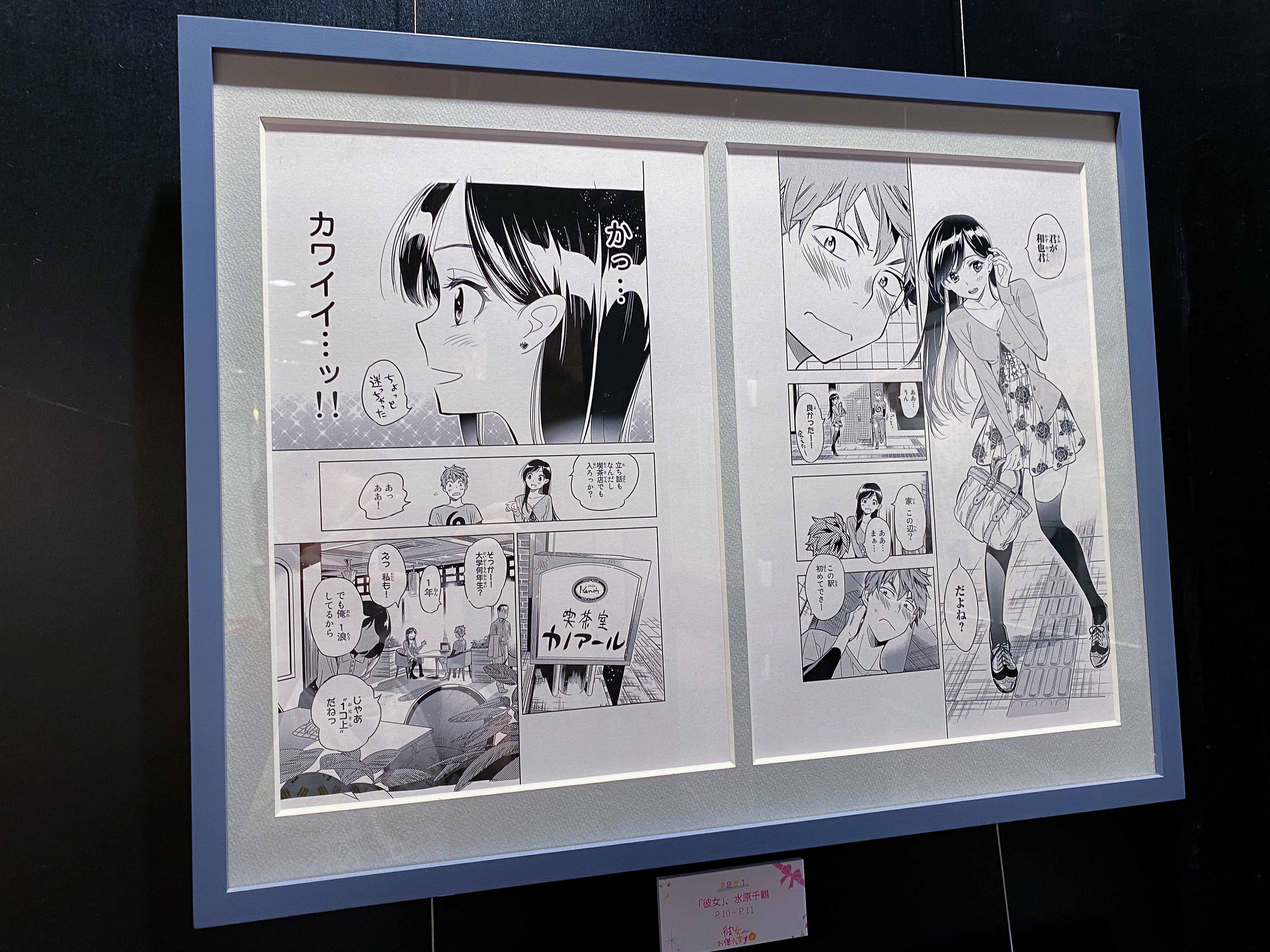 Each of them were at different levels as well, with Sumi’s character sheet having the most expression, color, and detail put into it compared to the others. Color also appeared on Ruka’s, but only in her bow, school blazer, and skirt. 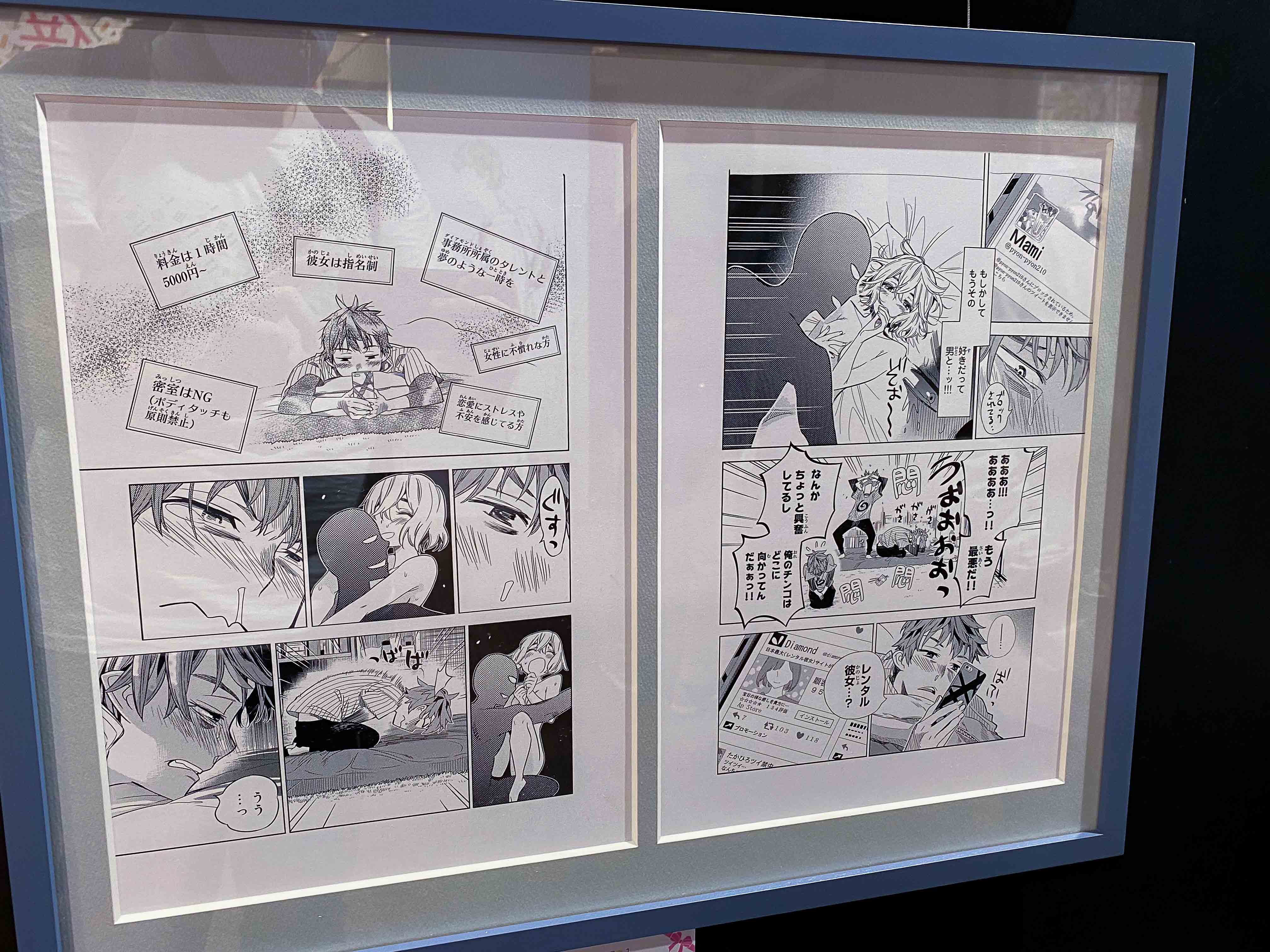 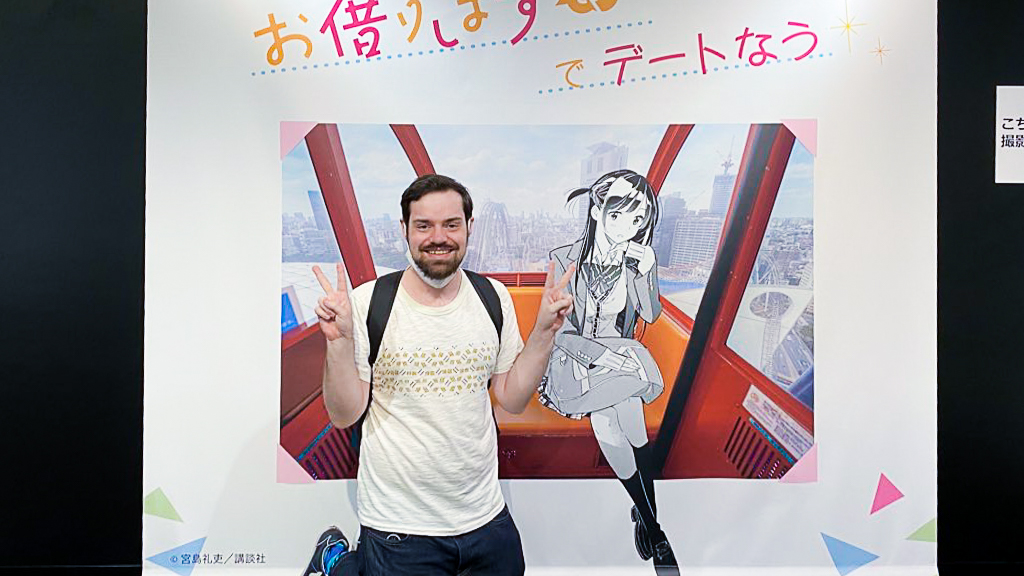