How does an American folk legend stack up against the best (and worst) that anime has to offer? 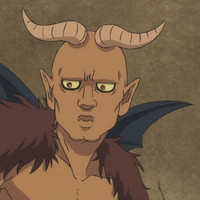 If you're familiar with folk tales and urban legends from the United States, you've probably heard of the Jersey Devil, a bat-winged, hooved, flying monstrosity with claws, goat-like horns, and a barbed tail that is said to haunt the Pine Barrens of New Jersey.

After a rash of local sightings kicked off a panic in the early 20th century, witnesses claimed that the Jersey Devil was impervious to gunfire and that its blood-curdling scream was as loud as a freight train whistle. But how tough is the Jersey Devil, really? And how well would it do if it had to face off against the meanest, most diabolical devils the anime medium has to offer?

To explore these questions, please find below a humble list of six anime characters we're pretty sure could take the Jersey Devil in a fight. 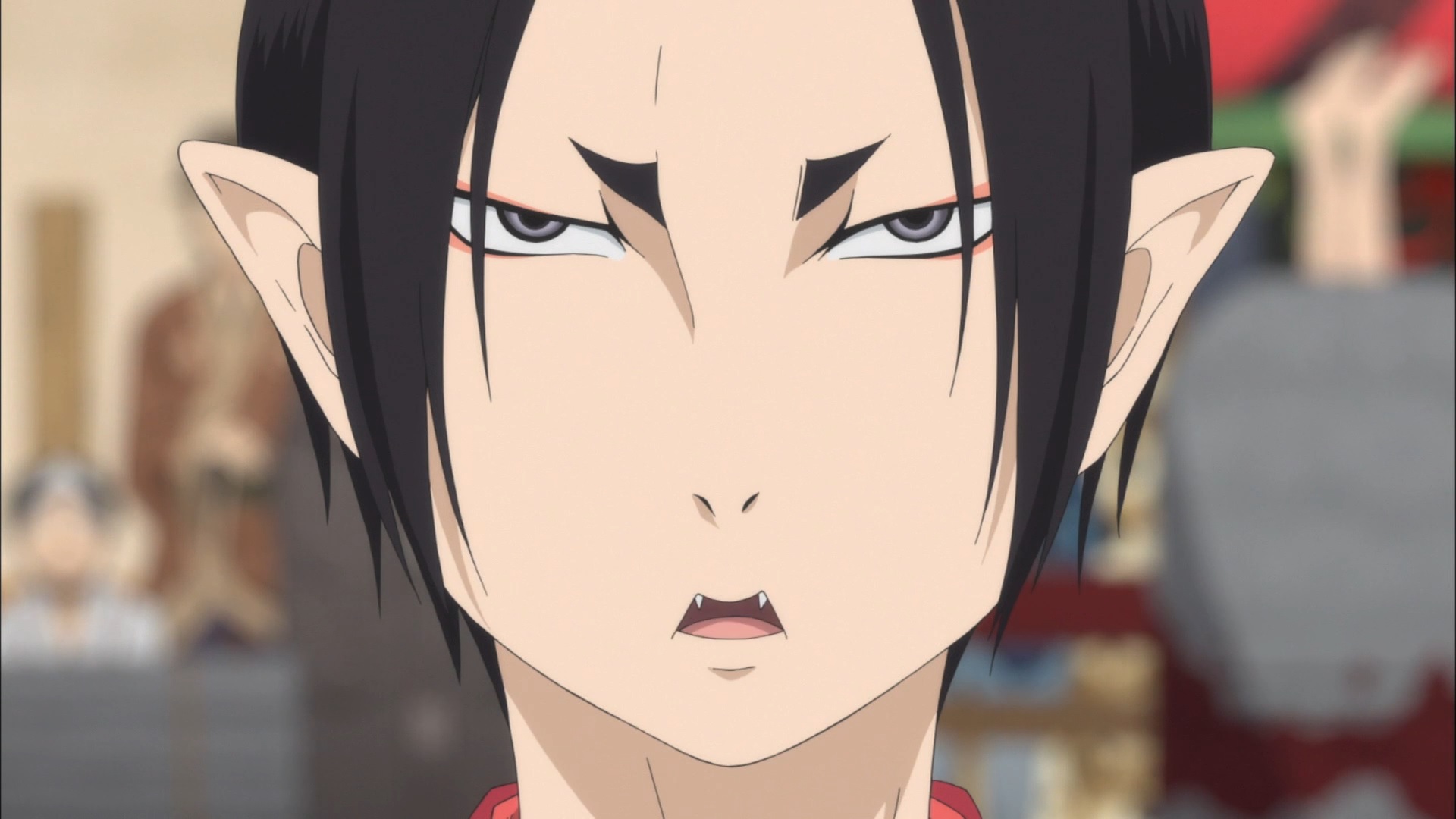 As the chief administrative assistant to King Enma of Japanese Hell, Hozuki would have absolutely no time for the Jersey Devil's nonsense, and if he didn't feel like effortlessly overpowering the beast with his inhuman strength, Hozuki would merely bury the Jersey Devil in a mountain of paperwork, crushing its unruly spirit with the power of bureaucracy. 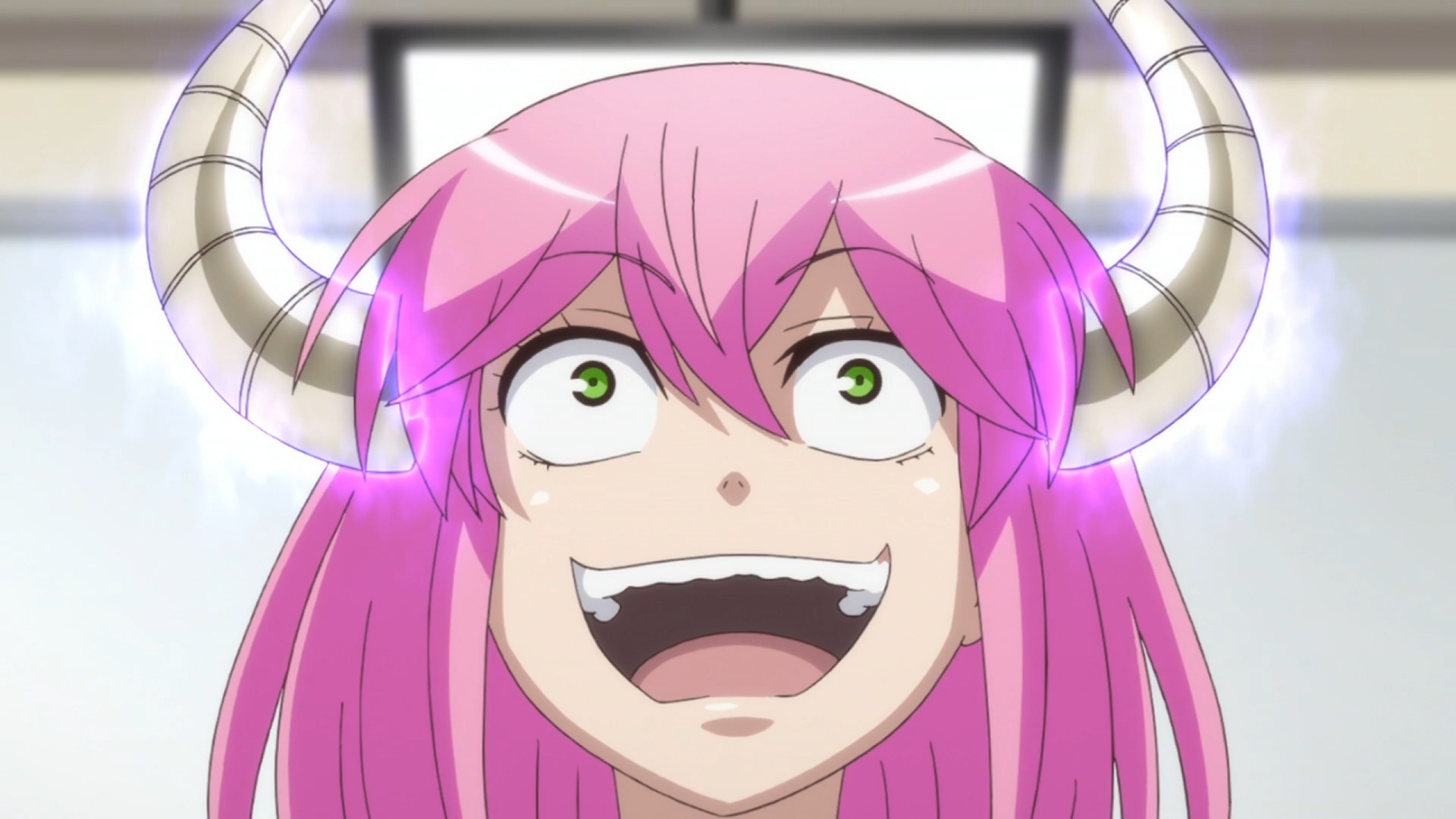 Akane Koumoto from Actually, I Am

In terms of both subtlety and raw power, Akane Koumoto has the edge on the Jersey Devil. Not only can she blend in without arousing suspicion in her guise as a high school principal (despite the obvious horns sticking out of the sides of her head), but when push comes to shove, she can use her dark magic to summon asteroids for an orbital bombardment, eliminating both the Jersey Devil and the entire state of New Jersey in one fell swoop. 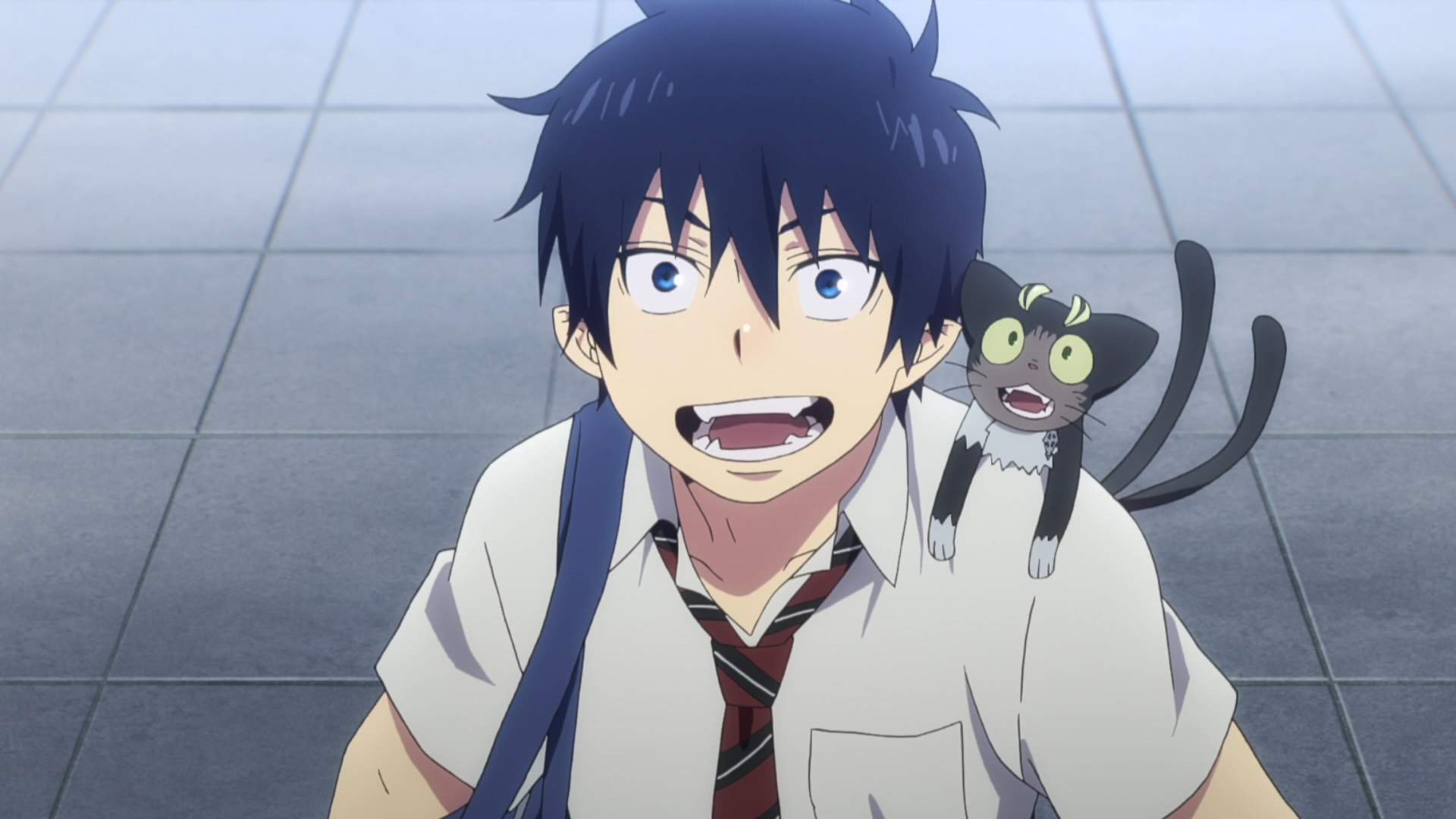 Between his magical blue flames and supernatural parentage, Rin Okumura has the Jersey Devil beat both in the realms of magical prowess and paternity. The Jersey Devil is only rumored to be Satan's offspring in some versions of the legend, but Rin is flat-out confirmed to be the son of Satan. 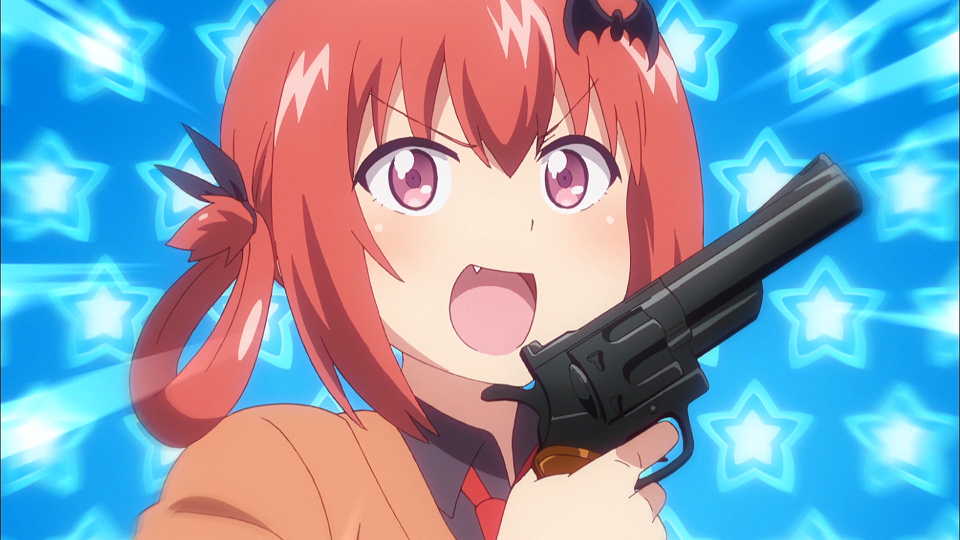 The most controversial pick on the list, Satanichia McDowell Kurumizawa (aka Satania) would have a rough time contending with the Jersey Devil since her pranks invariably fall flat. In terms of sheer annoyance factor, it could be quite the competition what with the sorts of shenanigans attributed to the Jersey Devil. But neutral observers would feel bad for her if they saw Satania crying, so I'm awarding her a stealth victory there. 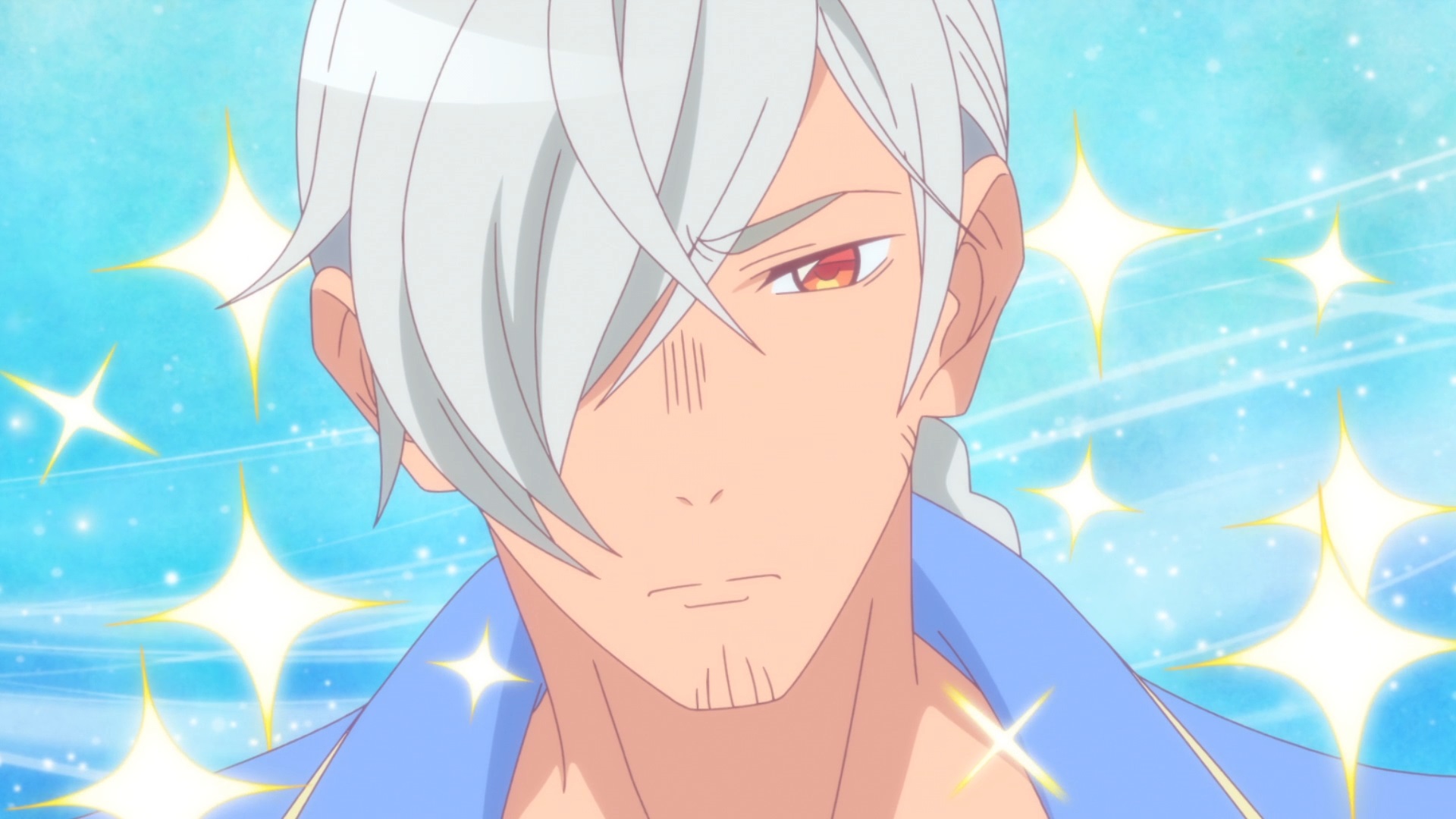 Azazel from As Miss Beelzebub Likes it.

While Azazel's status as a demon general in Miss Beelzebub's army no doubt means that he outranks the Jersey Devil in any hellish hierarchy, and while the two of them would likely be evenly matched in a contest of raw brute strength, the one area where Azazel clearly excels over the Jersey Devil is in being friendly and polite. Azazel would kill the Jersey Devil with kindness by offering it a hand-crafted teddy-bear, thus forcing the Jersey Devil to admit defeat.

Santa from Hayate the Combat Butler!

He wears a suit the color of innocent blood. He enters people's houses while they sleep at night. His legend is known throughout the world. And Saint Nick has no problem delivering an emotionally brutal speech like the one in the video clip above where he blames poor children for their own misfortunes. The Jersey Devil simply can't compare. 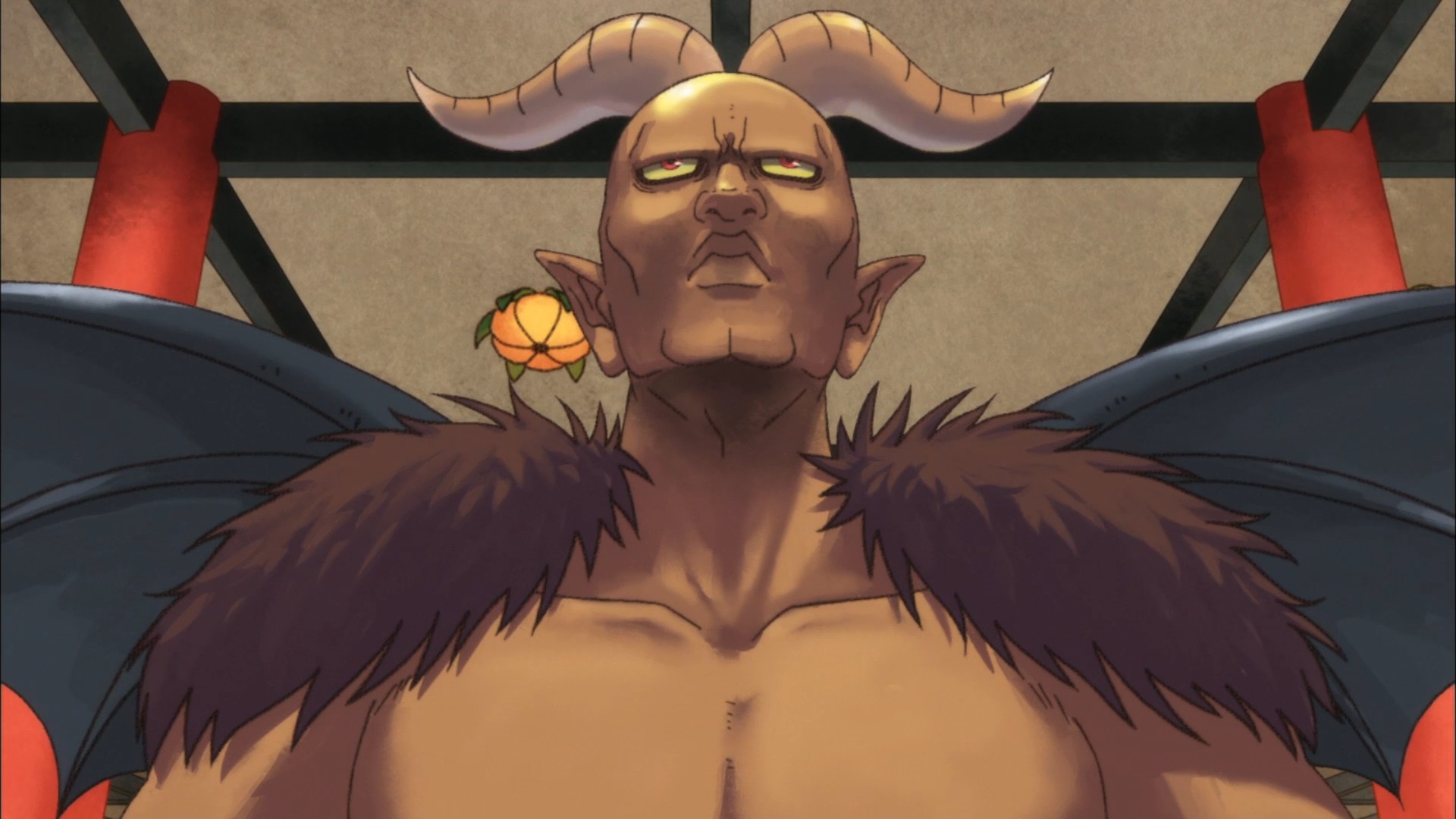 And there you have it: incontrovertible evidence (that I just made up off of the top of my head) that the Jersey Devil is a complete wimp and that anime characters with a devilish nature are clearly superior in every category that matters, from magical ability to personal hygiene and fashion sense. Any unbiased observer would come to the same conclusion.

What do you think? Could these characters really defeat the Jersey Devil? What other demonic and diabolical characters do you think could challenge the terror of the Pine Barrens? Let us know in the comments and have a safe but spooky Halloween!