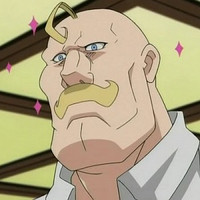 In real life, the ability to sport fancy facial hair is limited by physiology and one's access to and skill with barber's tools, but in the world of anime, mustaches and beards are bounded only by the limit of the animators' imaginations. With that in mind, Crunchyroll has compiled a brief list of fantastic mustaches to set fans' hearts a-flutter for the month of Movember.

Below, please find a list of ten magnificent mustaches (and the anime characters who sport them), arranged in alphabetical order by mustache style. 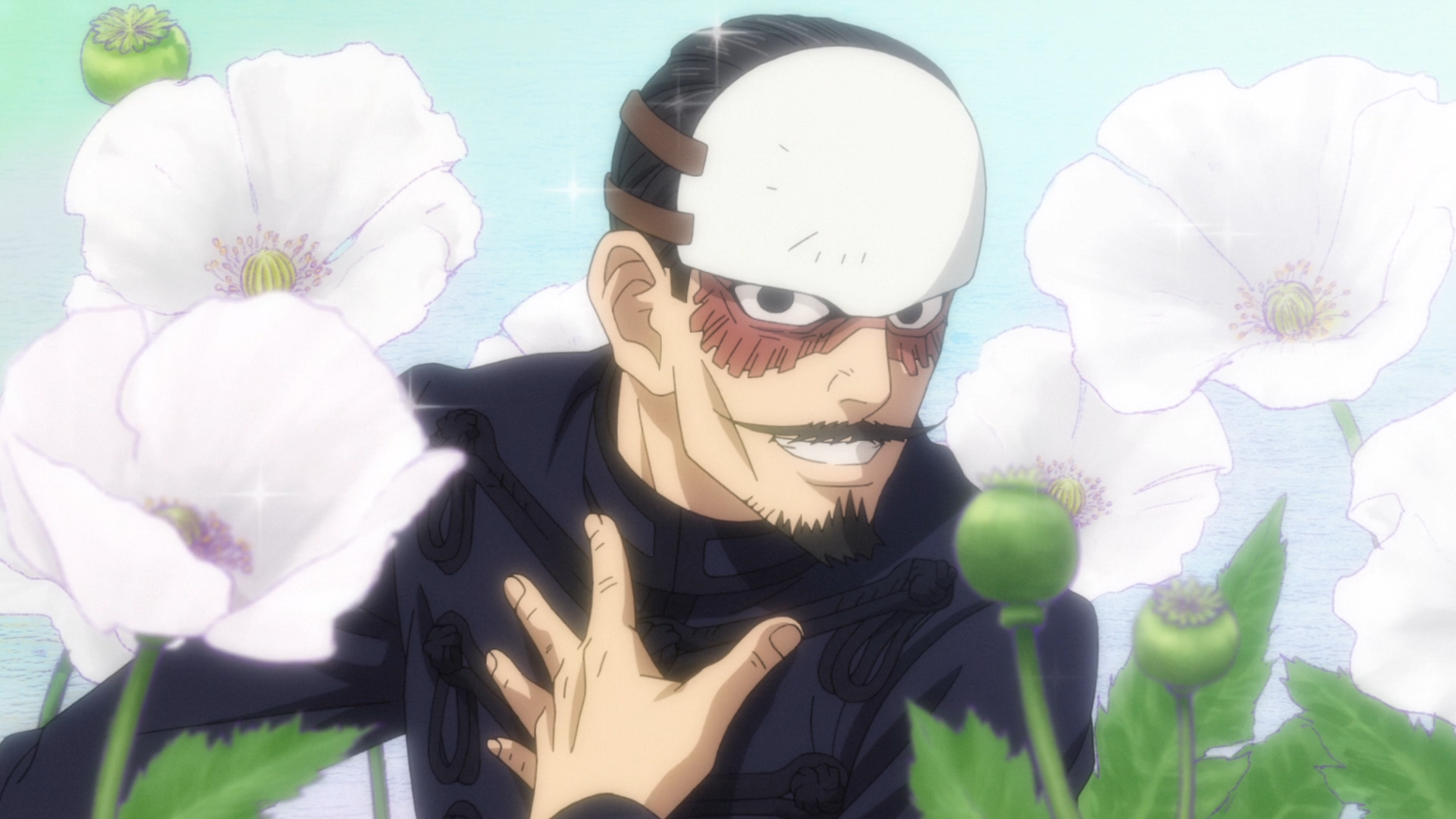 Technically a combination of an English-style mustache with an anchor chin-beard, Lt. Tsurumi from Golden Kamuy sports facial hair that conveys a sense of his worldliness and sophistication. He also serves as the metaphorical “anchor” for a conspiracy that seeks to capture the island of Hokkaido through a military coup, so an anchor mustache is doubly appropriate. 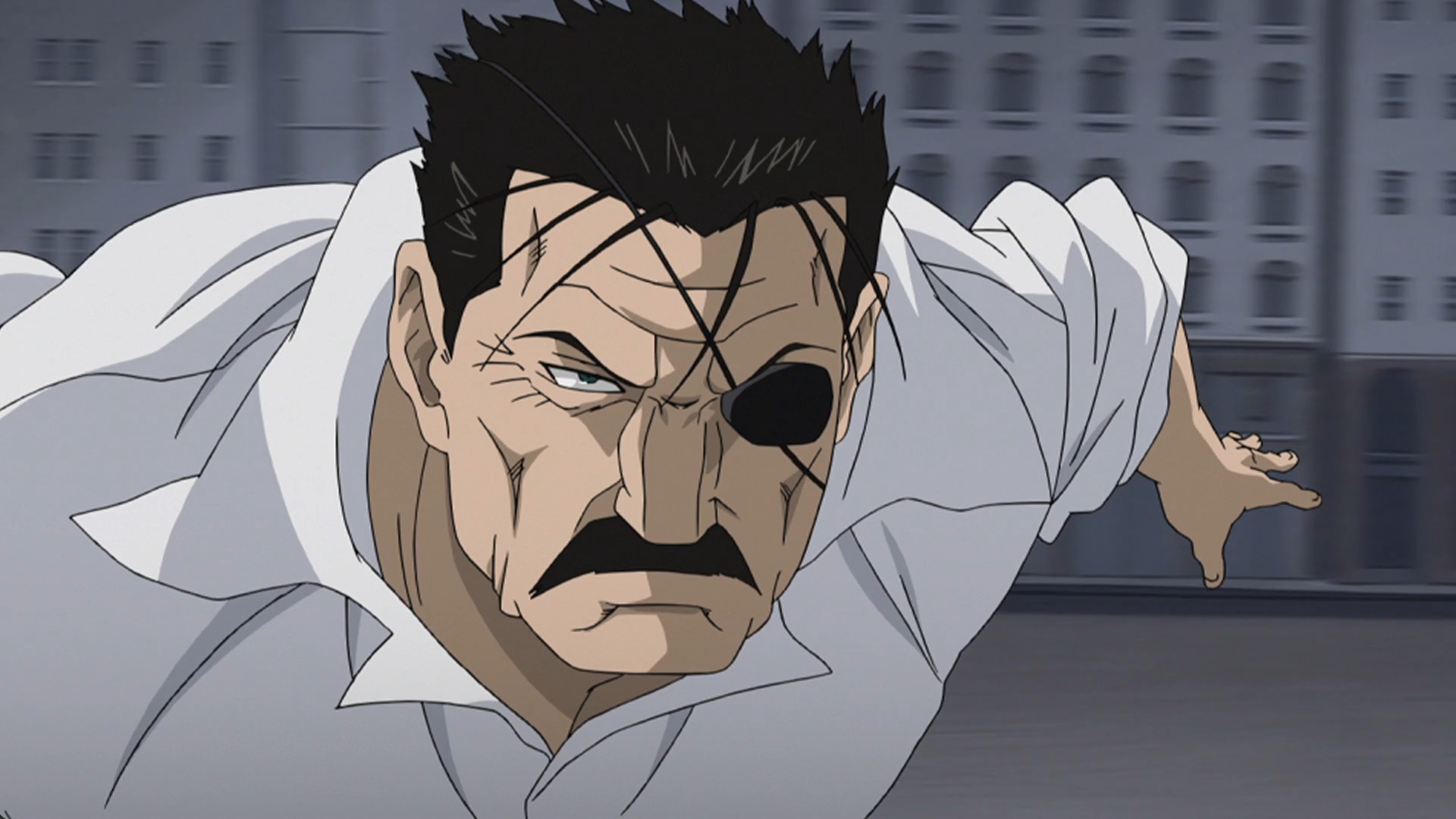 A cool, clean, classic look with a firm shape and well-defined edges, the chevron mustache is an excellent choice for people who want to convey an aura of control and professionalism. Whether or not this persona properly applies to King Bradley from the Fullmetal Alchemist series is a matter I will leave for the fans to decide. 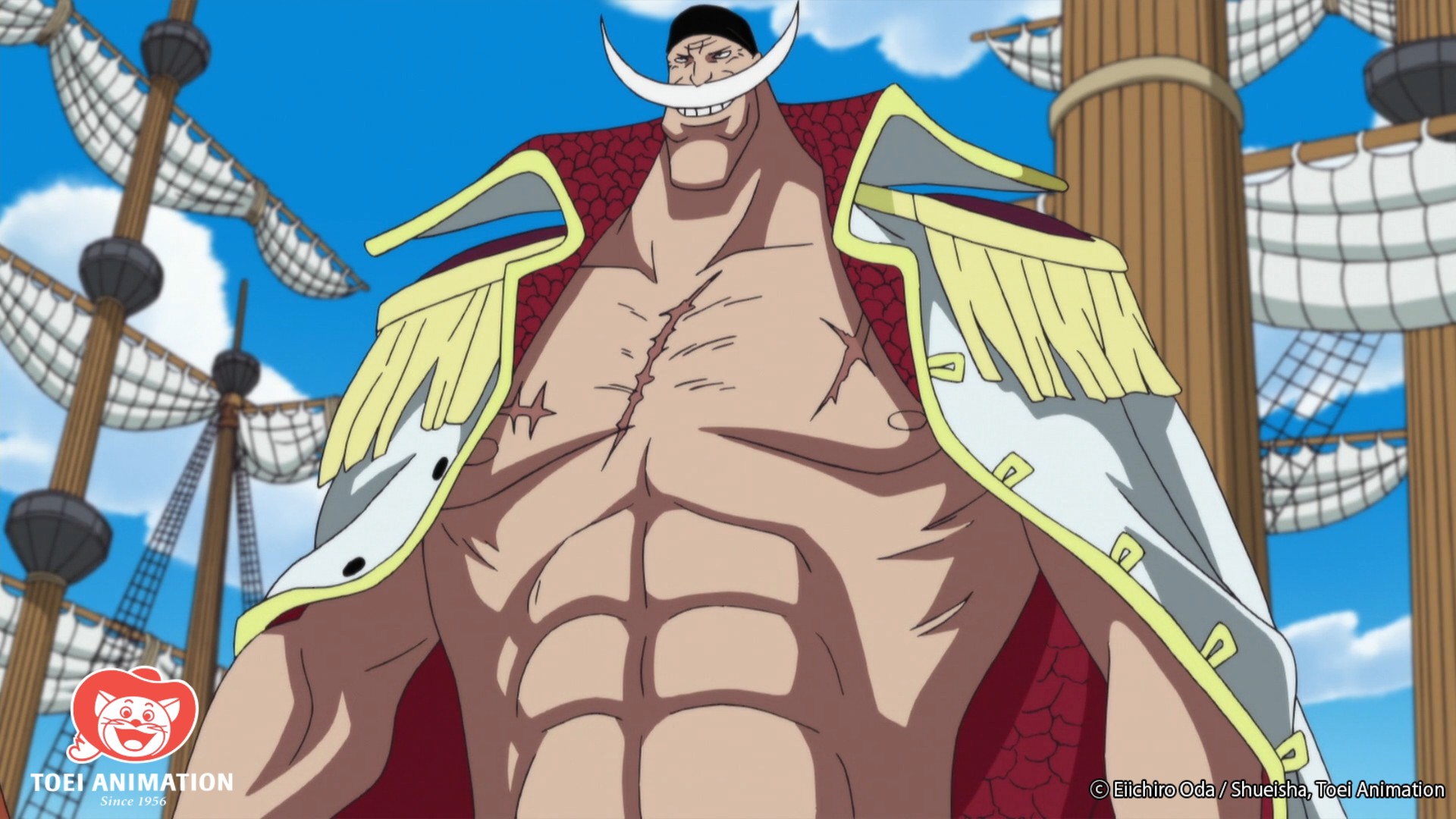 It takes supreme confidence to grow and maintain a Dali mustache, and Edward Newgate — a.k.a. “Whitebeard” — was certainly not lacking that quality in One Piece. In real life, maintaining that level of gravity-defying length requires hair-care products, but something tells me Whitebeard's mustache just grows like that normally. 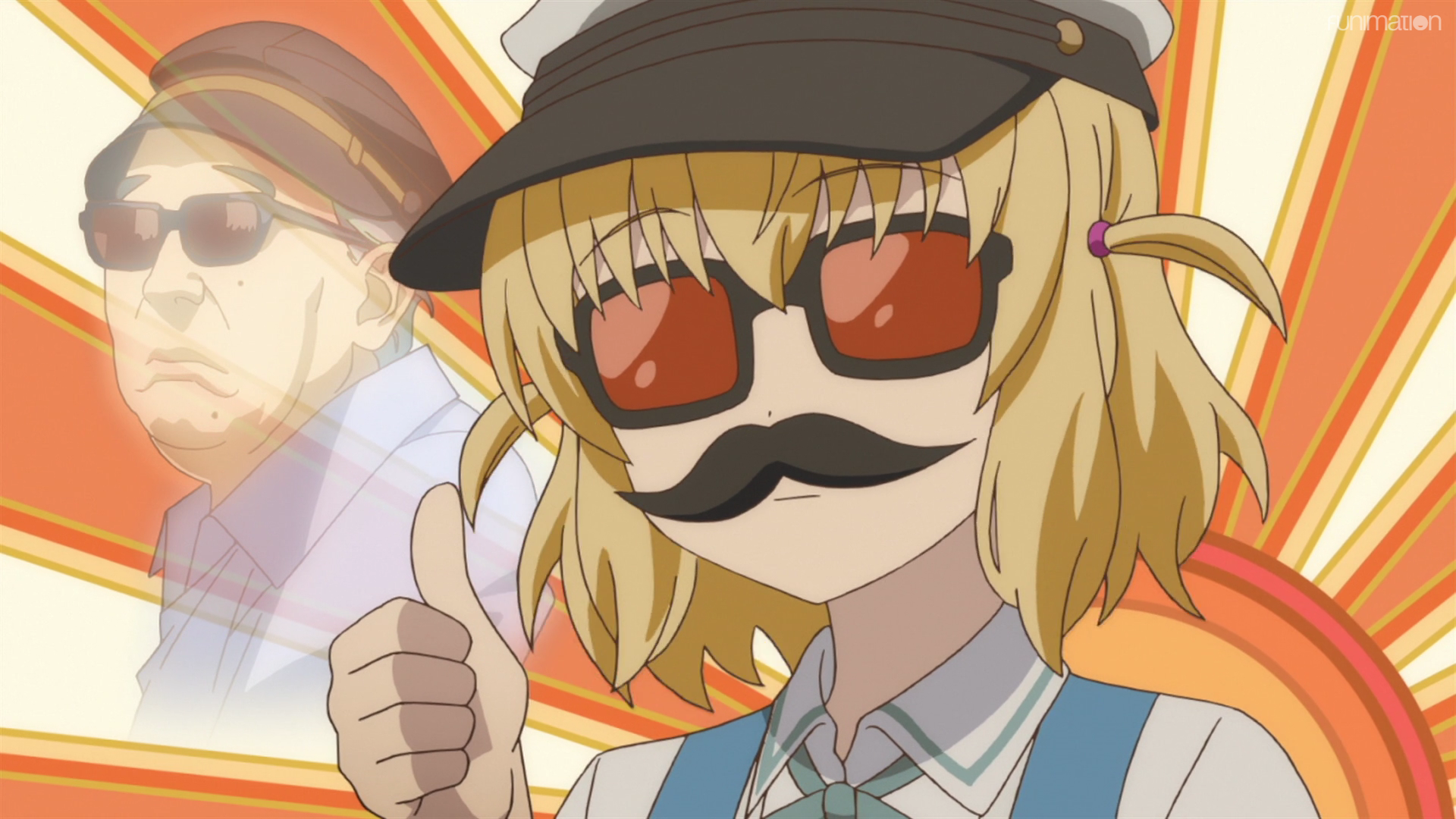 Sometimes you don't want to be recognized for who you truly are, and in those sorts of scenarios, a fake mustache is an ideal solution. In other scenarios, putting on a costume mustache can reflect a new and different persona, as is the case when Roka Shibasaki plays director in the D-Frag! TV anime. 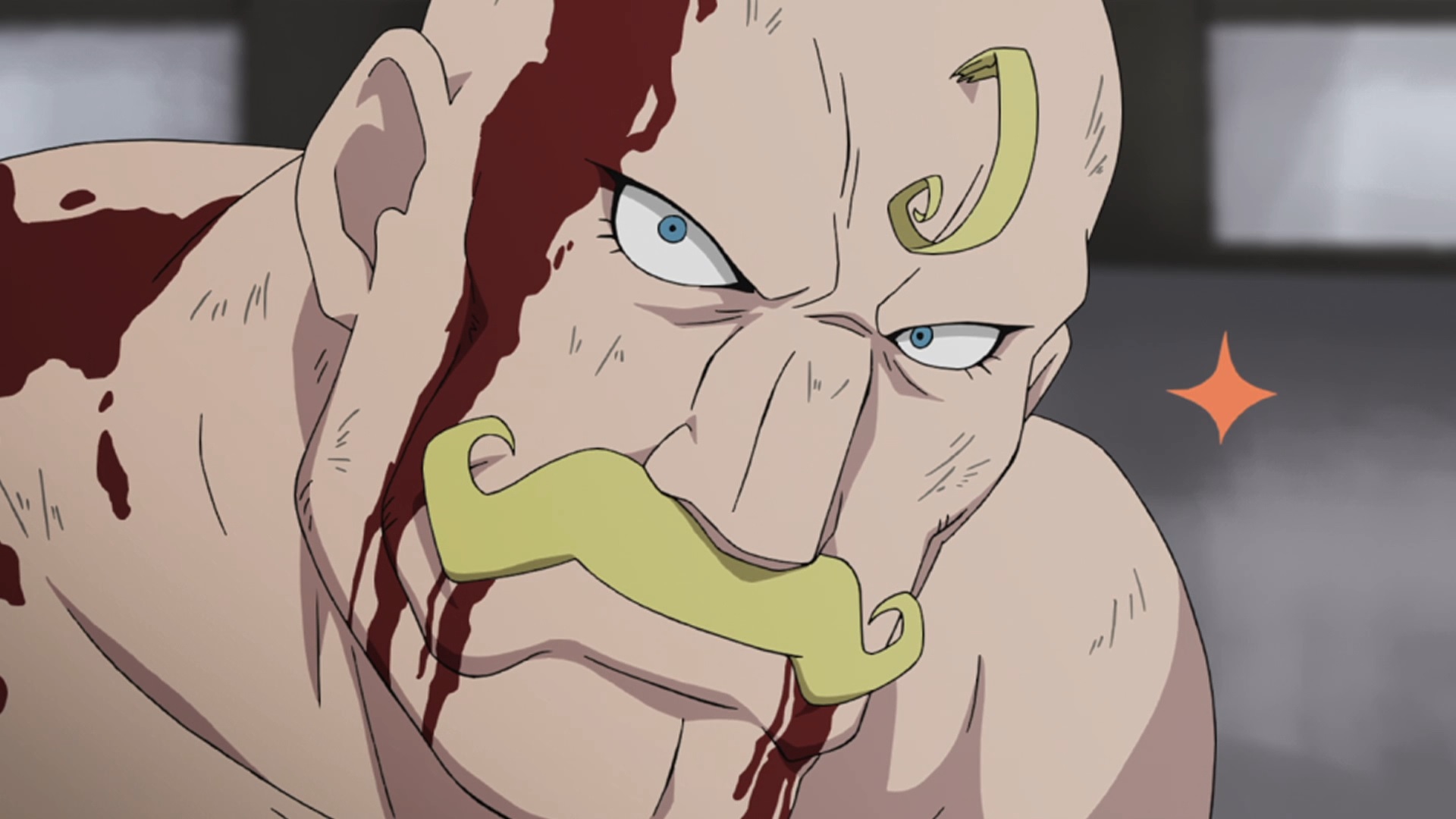 When your mustache is so kingly that it wraps back in upon itself in a majestic, sweeping curl, you have evolved beyond the handlebar mustache to the higher form that is known as the Imperial. The Fullmetal Alchemist series has no shortage of characters with a strong facial hair game, but perhaps the most powerful mustache is sported by the appropriately named Alex Louis Armstrong. 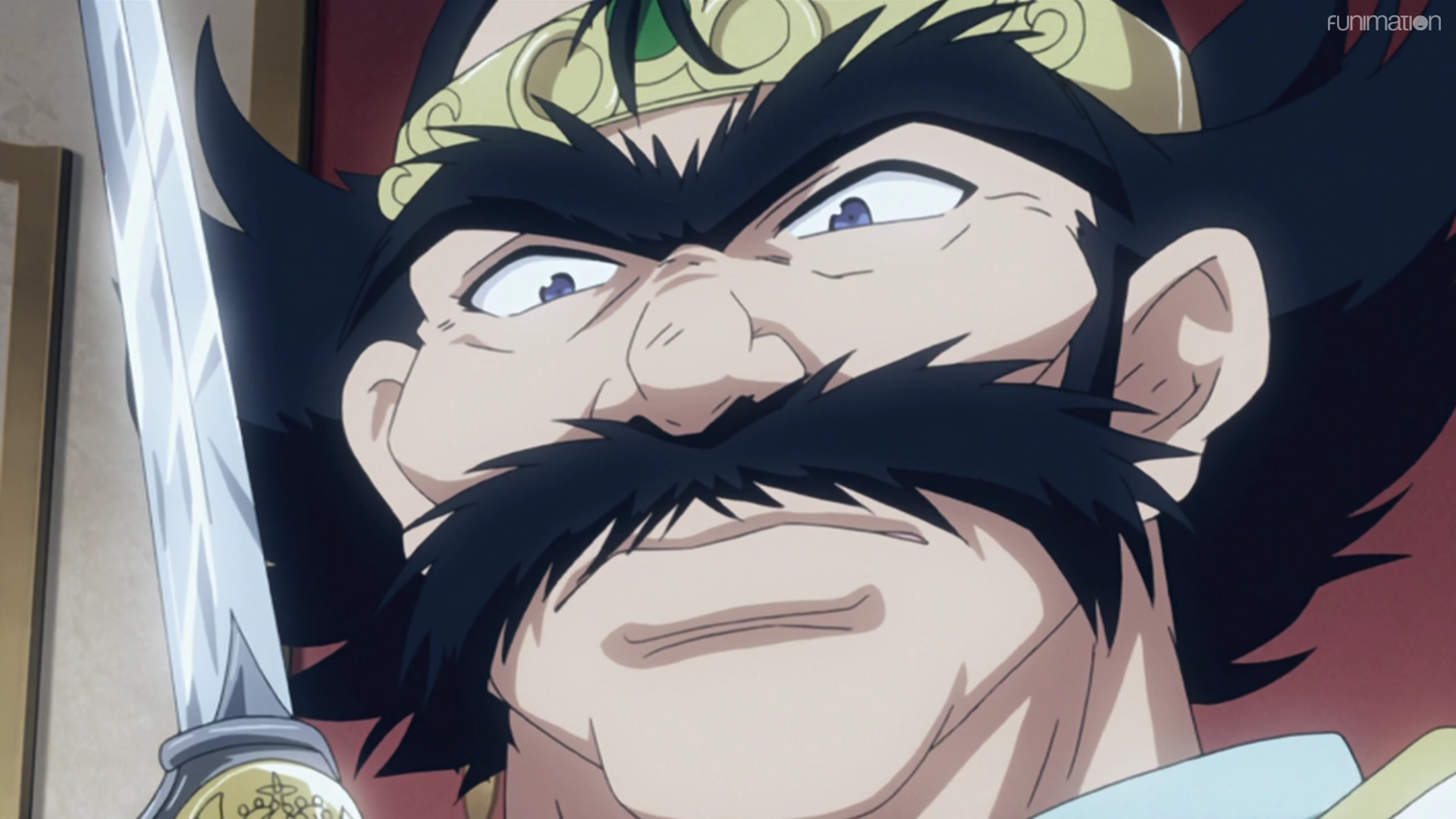 Speaking of kings, it's hardly a royal look to sport a mustache so unruly that it merges with your sideburns and threatens to engulf your entire face, but the decidedly un-royal appearing Prince Phil from Slayers sports exactly that sort of 'stache. Ordinary people would probably end up as the butt of jokes for wearing such wild and woolly facial hair, but in Phil's case, it's good to be the king. 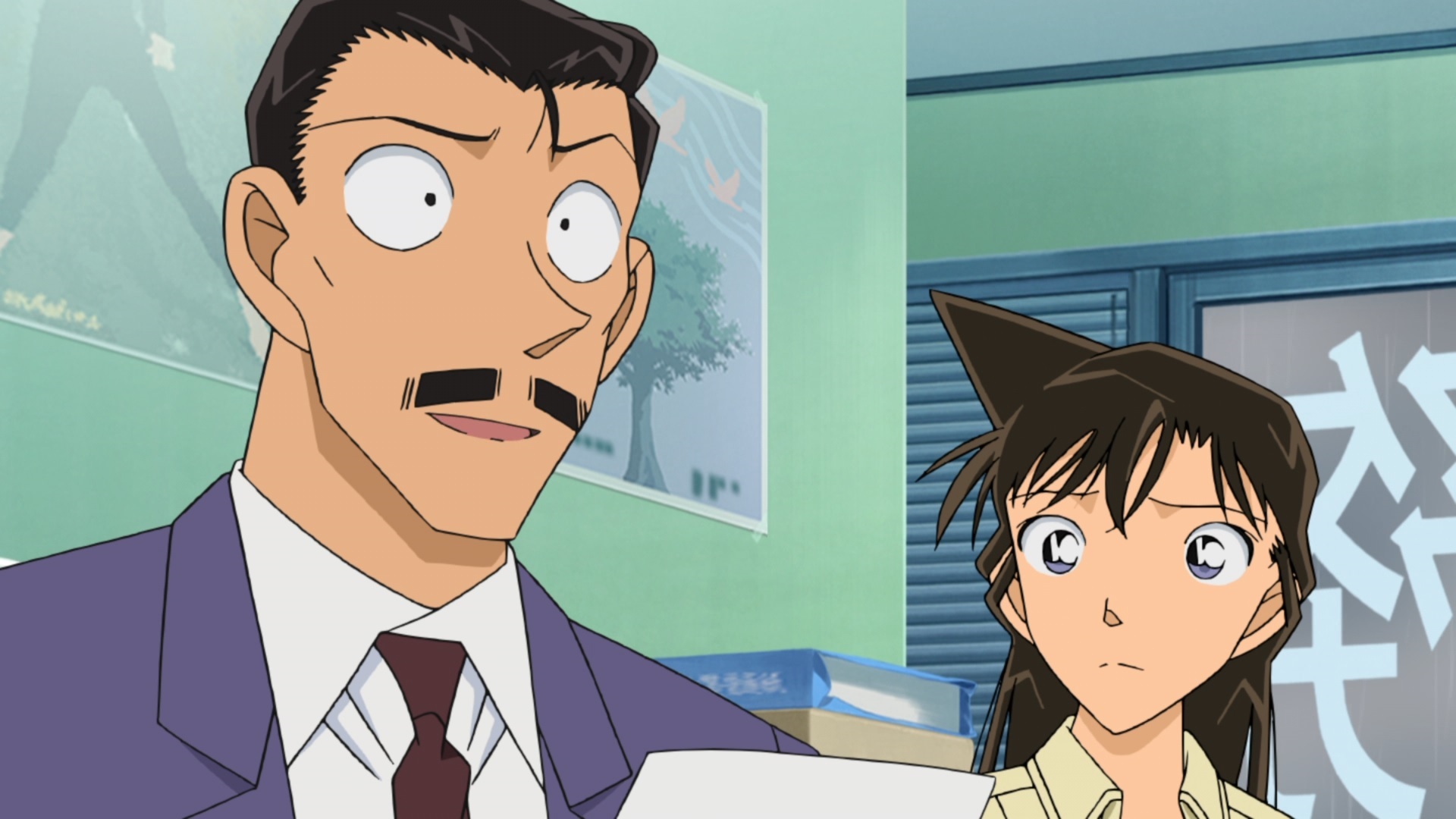 Due to the meticulous maintenance required to flaunt one, a pencil-thin mustache can be a symbol of a dignified personality or a highly cultured and refined demeanor. Such fabulous facial hair doesn't really become Kogoro Mori from Case Closed (known as Detective Conan in Japan), because most of the time, he's kind of a buffoon. 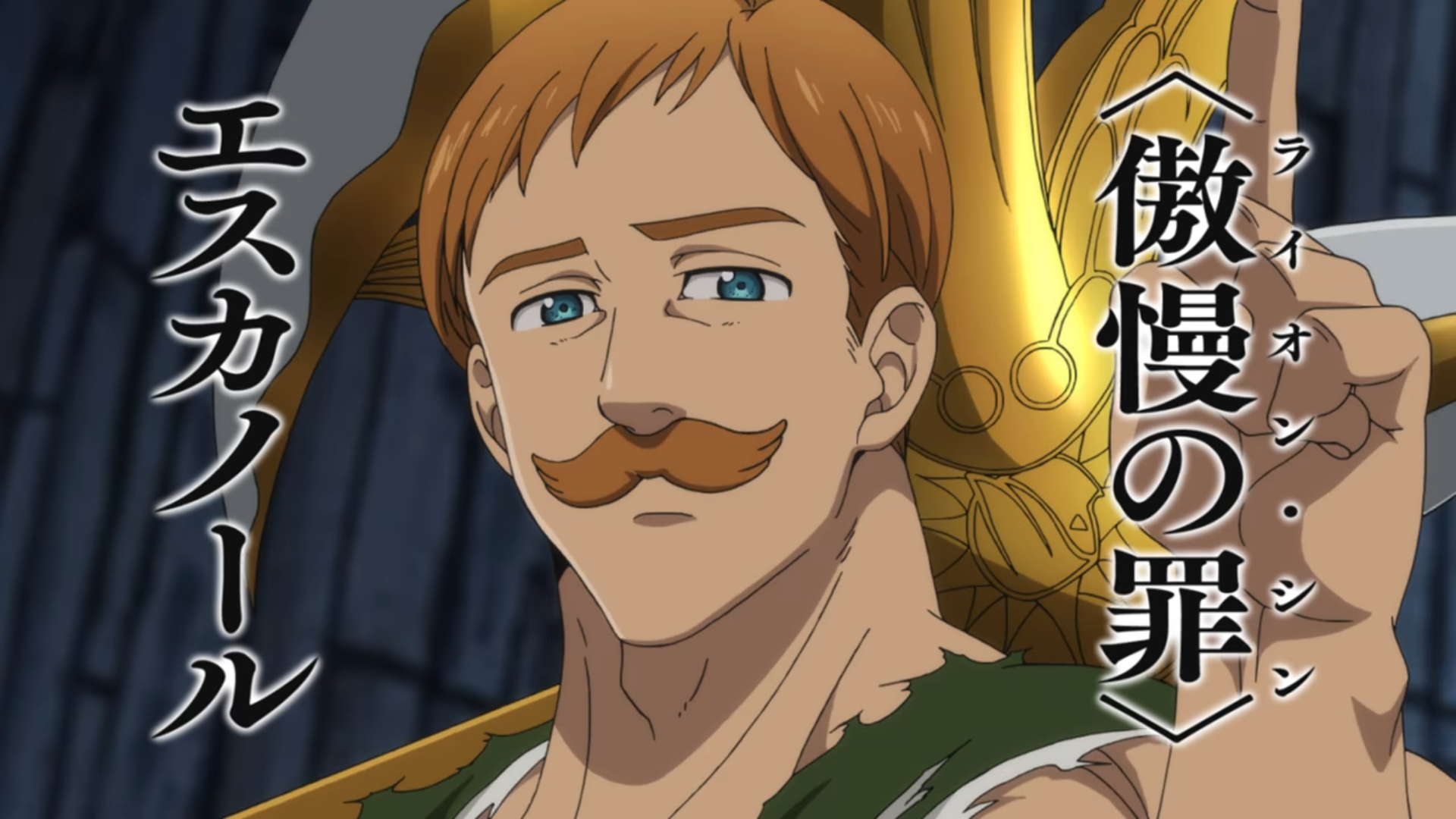 A carefully groomed handlebar mustache can certainly be a point of Pride, and such is the case for Escanor from The Seven Deadly Sins anime. It's worth noting that on any other frame, Escanor's handlebar mustache might not be considered “petite,” but his massive muscles make his facial hair seem quite dainty in comparison. 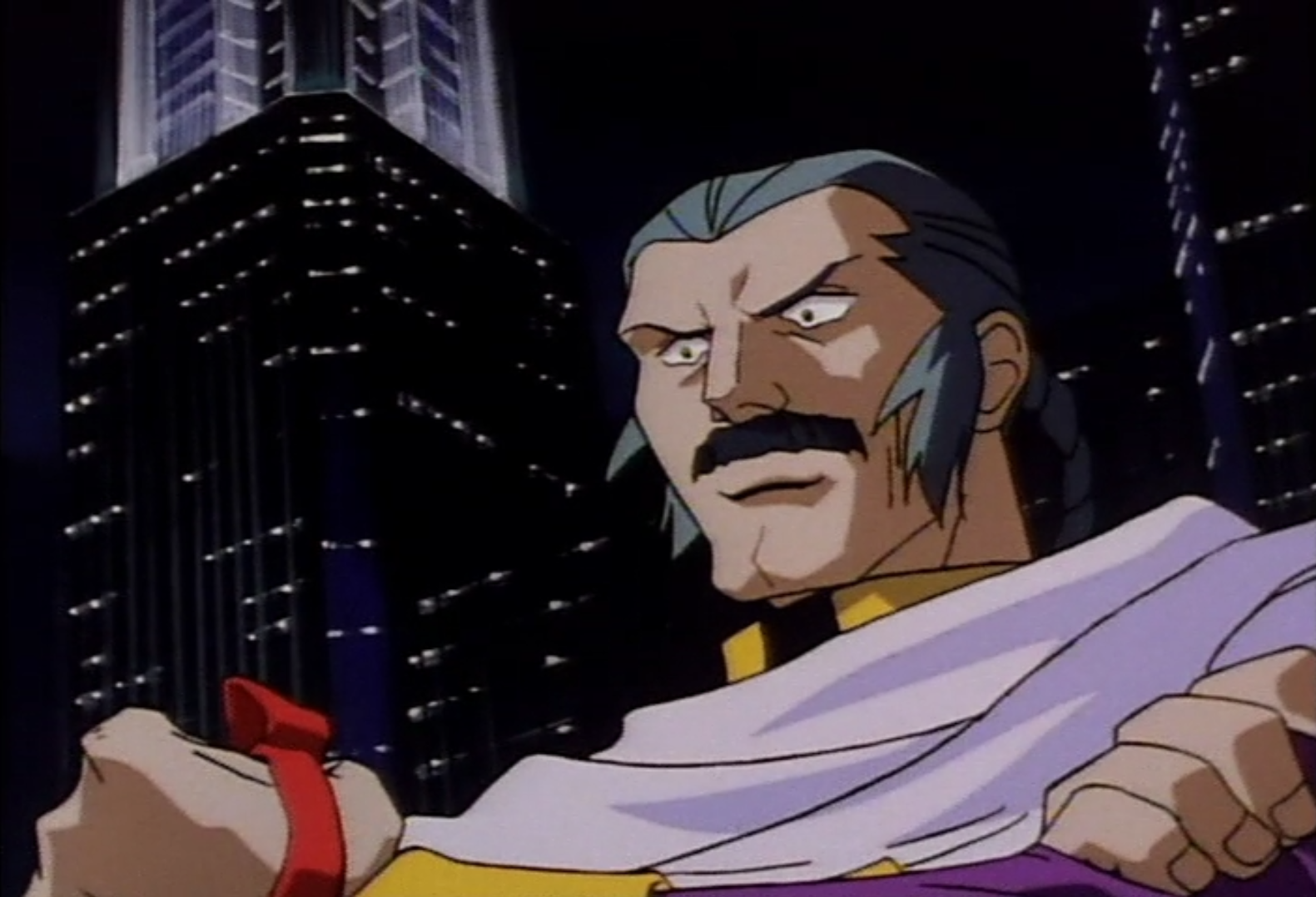 Nothing says “The Undefeated of the East” like the ability to take your enemies to school (the School of Hard Knocks, specifically), and so it's practically academic that Master Asia, the legendary martial artist from Mobile Fighter G-Gundam, sports a Professor-style mustache, and frankly, we think it looks Devil-ishly good on him. 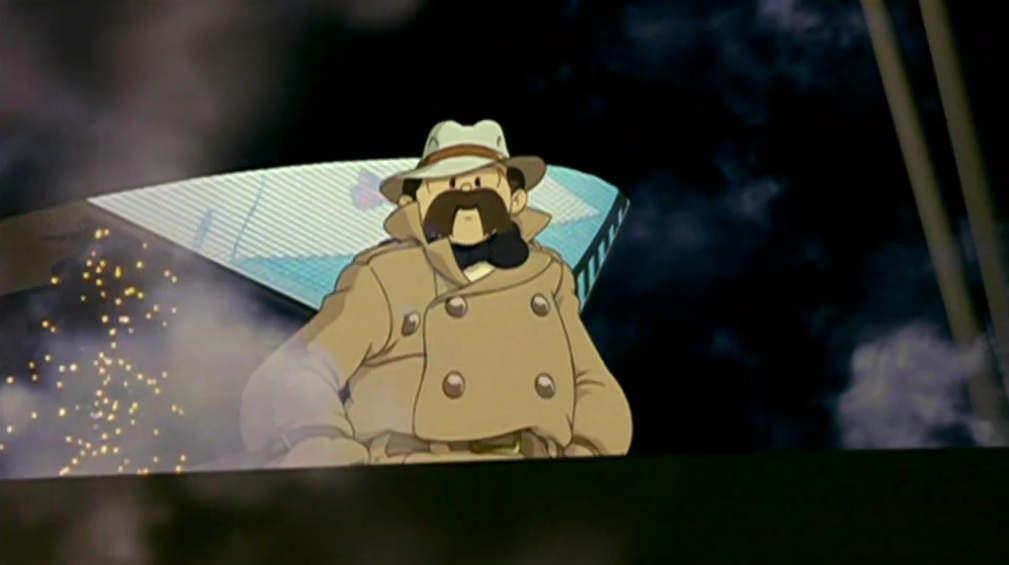 When it comes to mustaches, sometimes you've just got to let it all hang out, and in the case of the recurring Osamu Tezuka character Shunsaku Ban (from Astro Boy and other series), this means channeling your inner aquatic mammal. Ban's signature walrus mustache has even earned him nicknames, such as “Higeoyaji” (“Ol' Mustache Man”) in Japanese and “Daddy Walrus” in English. Truly, it is something to behold. 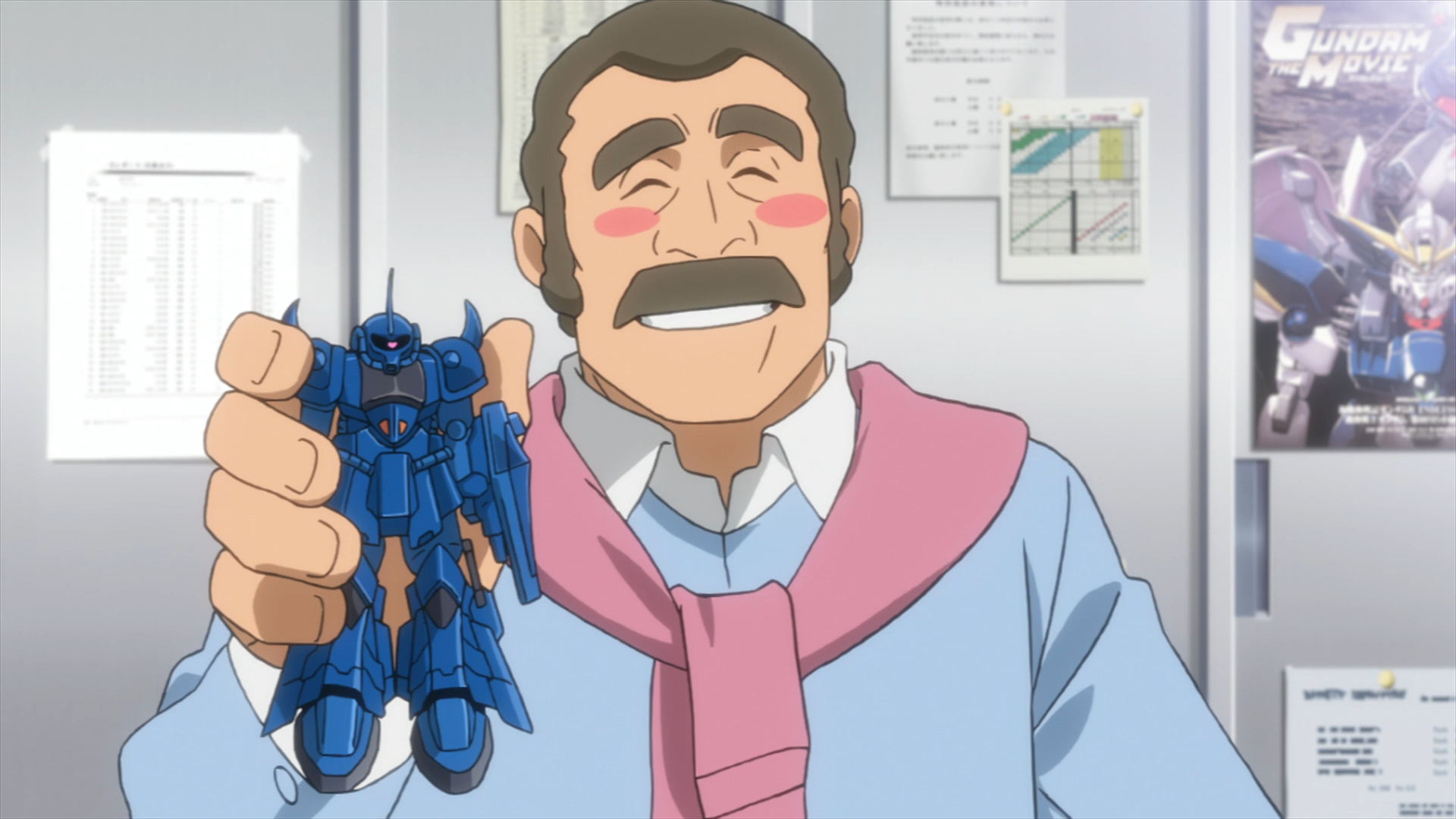 And there you have it, ten stylish mustaches worn by ten equally stylish (?) anime characters. Of course, this list is not intended to be exhaustive, and it would certainly be even bigger if we were also taking beards into consideration ...

What do you think? Who are some of your favorite mustachioed anime characters? Does their facial hair indicate that they are dashing heroes or dastardly villains? What kind of whiskers would you sport, if given the chance? Be sure to let us know in the comments section below, and have a safe and happy Movember!

FEATURE: 7 of the Most Iconic Anime Power Couples