FEATURE: One Perfect Moment — Atmosphere as Drama in Anime 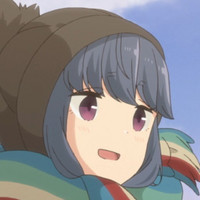 Hello everyone, and welcome back to Why It Works. I was looking at the upcoming season chart recently and was delighted to see that Laid-Back Camp’s sequel will be arriving this January. If you haven’t seen it, the show’s first season was an absolutely wondrous slice of life anime that split the difference between goofy club shenanigans and bracing, beautiful trips in the great outdoors. Sometimes, the solitary heroine Rin’s journeys took place almost entirely without dialogue, simply luxuriating in the quiet beauty of nature. Which got me thinking about anime and atmosphere more generally — how uniquely focused this medium is on creating a vivid sense of place, and how incredible the results can be. 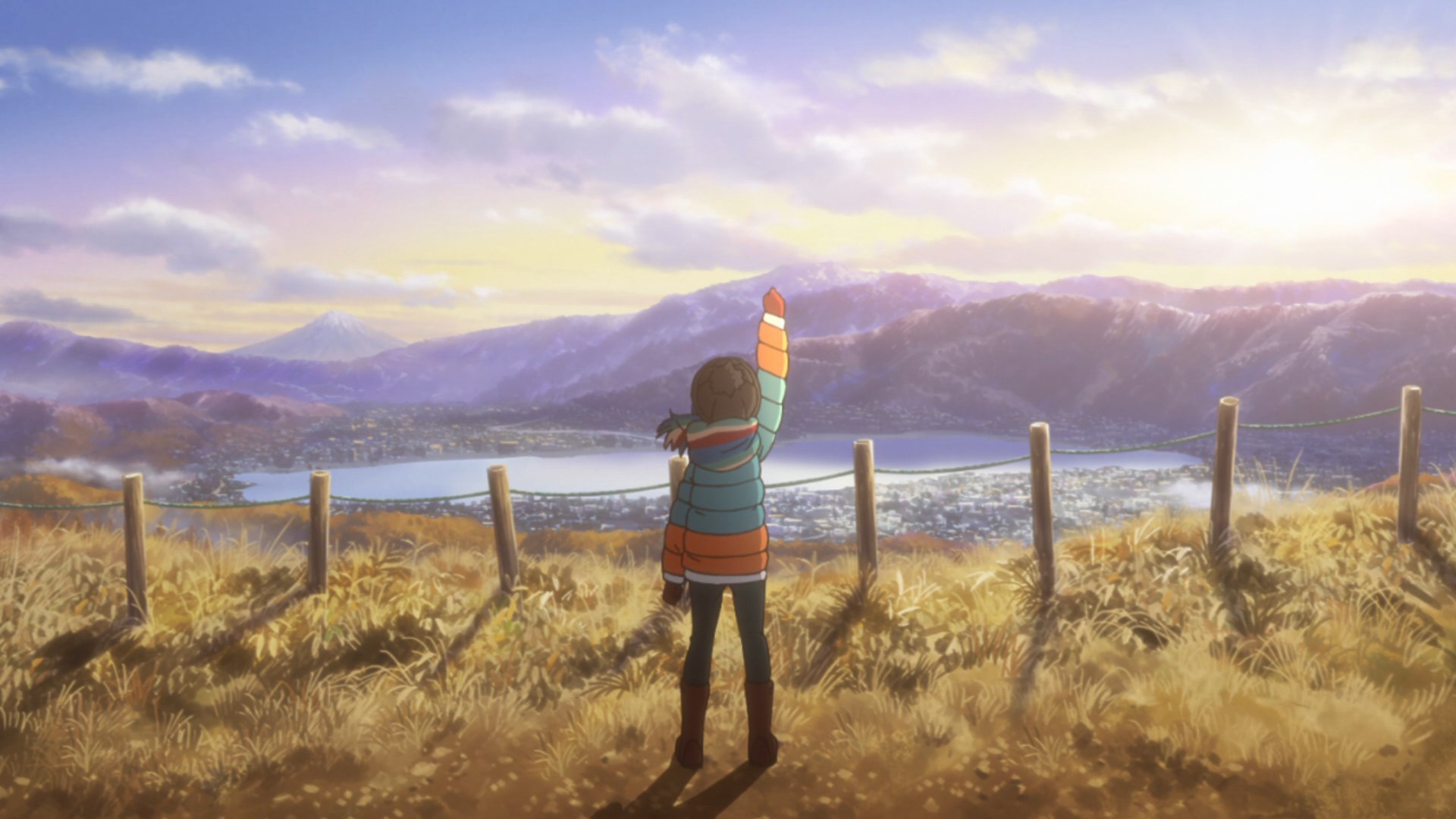 Anime as a medium is heavily focused on atmosphere, on capturing individual moments in time. But as it turns out, this trend expands a bit further than anime. In his book Understanding Comics, Scott McCloud pinpoints the fact that in manga and Japanese film tradition, there is frequently far more focus on setting a sense of place, rather than following the action from point to point. Panels or full sequences are frequently dedicated to capturing the atmosphere and tension of a specific moment, one well-chosen detail at a time.

In contrast, American comics, and media more generally, tend to be driven by the beats of the plot, the perpetual quest for what happens next, rather than exploring the tension of the current moment. Given enough reinforcement, this style of storytelling can eventually start to feel like what stories are — like a show or comic is essentially a series of plot bullet points, rather than a collection of scenes that create a certain series of emotional effects. But in anime, it’s hard to avoid recognizing the importance of atmosphere — even fast-paced, ostensibly plot-driven stories will often find time to let scenes breathe. 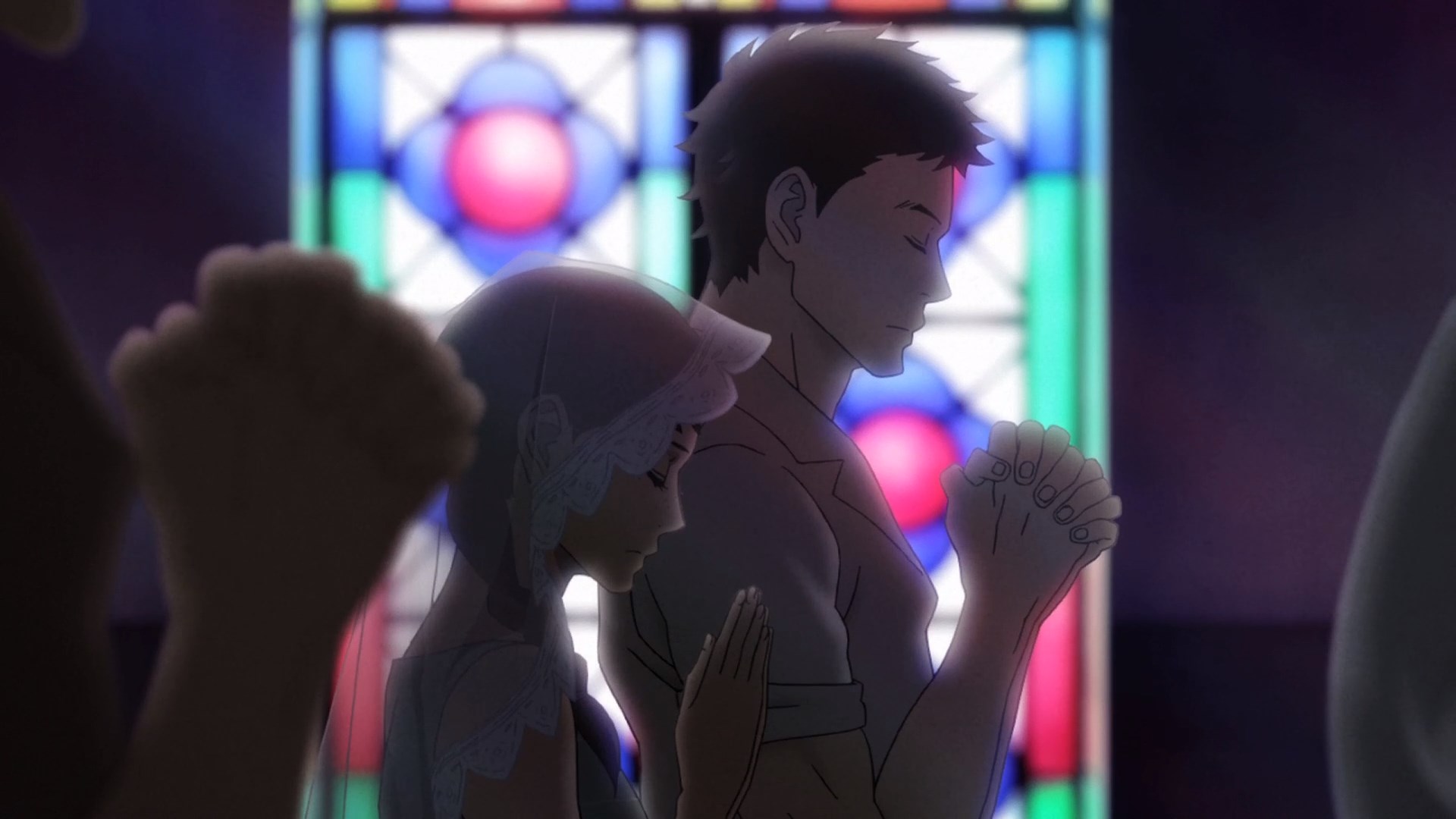 The term “pillow shot” is used to describe shots that are included not to progress the overt narrative, but to highlight the incidental details of the moment and create a sense of space and atmosphere. Used correctly, this style creates a far more convincing and cohesive sensory experience, where we feel truly immersed in the world of the story. Though we tend to think of stories as discrete sequences of events, that’s not actually how life is experienced — life is frequently a vivid series of moments, with lulls in attention punctuated by moments whose every vivid detail still rings clearly in our memory.

Personally, I absolutely adore this style of storytelling. Most actual plots don’t really surprise or thrill me at this point — I feel like I’ve seen the broad beats of most narratives before, and am generally looking to be aesthetically impressed more than simply surprised by a plot twist. On the other hand, stories that effectively capture individual moments feel extremely precious to me. I feel like I’m getting an honest window into another perspective and moment in time, complete with how it felt to experience that moment from the characters’ own perspective. I’m not just seeing something new, I’m experiencing life as it is lived by another and broadening my own perspective in turn. 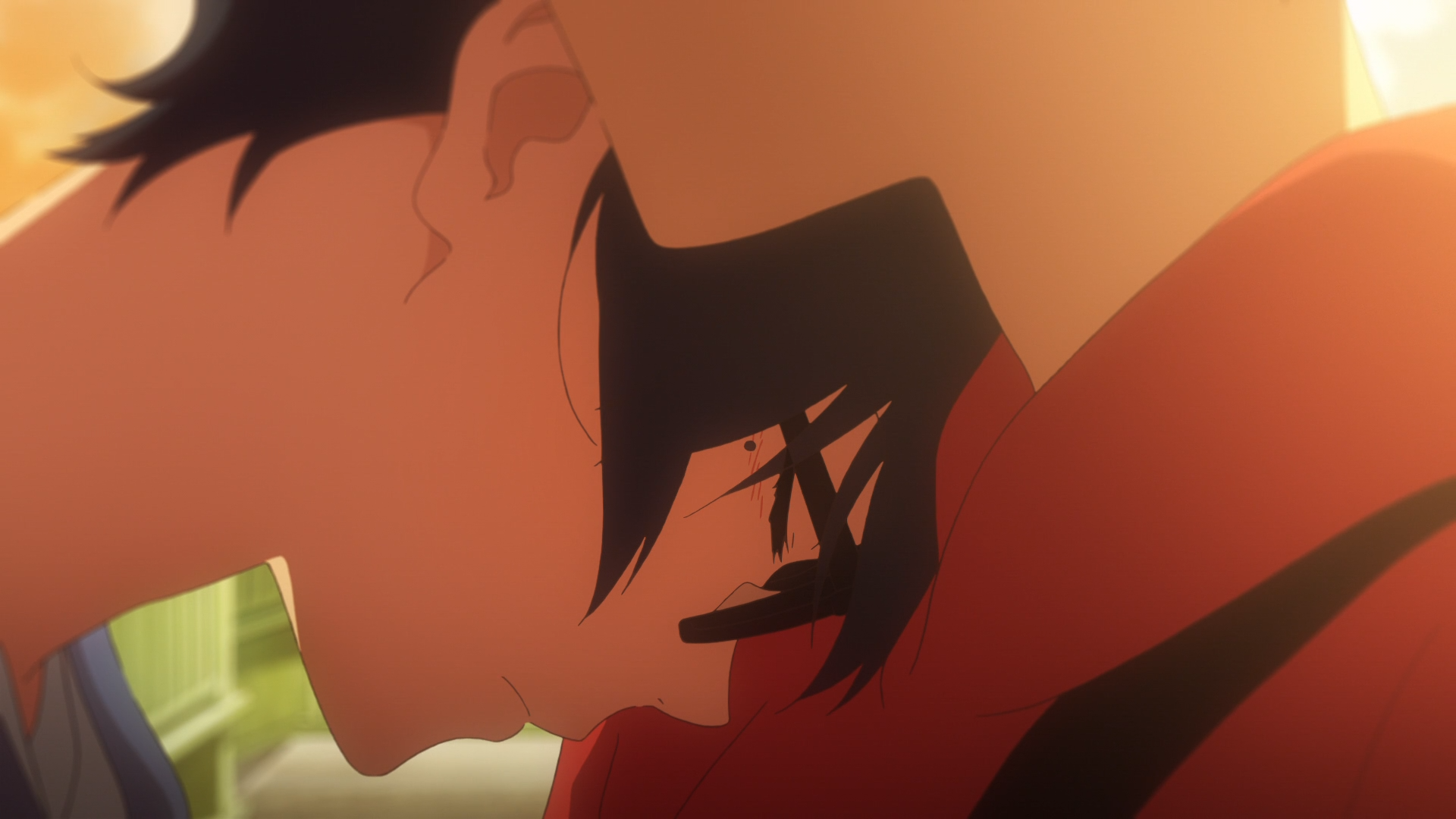 This is why so many of my favorite shows have come from Kyoto Animation. They also prioritize the atmosphere and lived experience of individual moments, and they are really, really good at capturing those moments with unimaginable beauty. Liz and the Blue Bird feels like it might be the apotheosis of the form, a narrative constructed entirely out of these gorgeous, atmospheric, emotionally resonant moments, complete with utterly captivating cinematography, sound design, and post-processing techniques.

But even in shows that aren’t primarily focused on capturing individual lived moments, the power of this technique is clear to see. Animation itself promotes a sense of hyper-reality, of character acting that goes beyond pure realism into the realm of how it feels to exist within a moment. Sequences like Rei from March comes in like a lion letting out his rage after a particularly frustrating match or Hanekawa breaking down in tears more vivid than reality capture this sense of intensely focused hyper-reality. Untethered by the assumed realism of a live-action camera’s frame, anime can embellish its drama with fantastical flourishes all designed to convey an emotional truth, visually realizing the golden light or harrowing darkness that our emotions cast on the world around us. 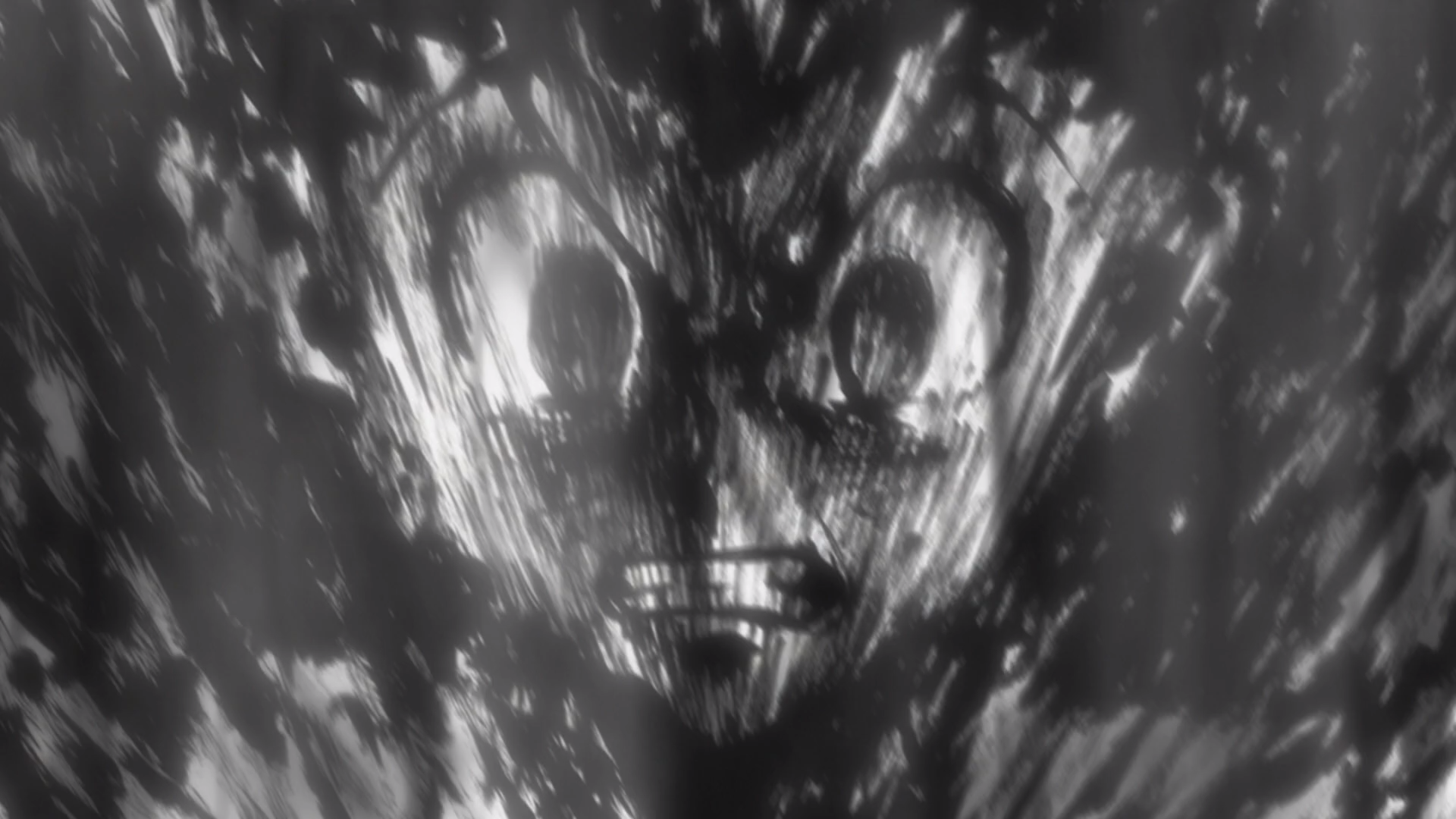 Even in more action-oriented titles, this style maintains its power. Heck, some of Hunter x Hunter’s most powerful moments rest entirely on the taut atmosphere of a moment, as we watch a character’s face undergo a terrifying emotional transformation. Realizing the full atmosphere of a moment, and relishing in its every detail, draws the audience to strict attention or captures them within the frame. The more fully you can realize that sense of aesthetic entrapment, the more powerfully the audience will react to your grand dramatic gestures

In light of this, when thinking back on your favorites, try moving outside the pure narrative realm of the events that took place and consider why those moments landed so powerfully for you. Sometimes it’s because they’re the continuation of a key character arc, or simply a clever idea in the abstract — but frequently, their power rests in how fully a show realized the atmosphere of that moment and drew the audience into its world. The environmental, atmospheric focus of anime is one of its greatest strengths, and I’m sure many of your favorites benefit from this unique approach to drama!

What are your own favorite perfectly realized moments in anime? Let us know in the comments!

Tags
why it works, laid back camp, march comes in like a lion, bakemonogatari, hunter x hunter
« Previous Post
Rock Out in Dr. STONE Season 2 With These OP/ED Theme Singers
Next Post »
Crunchyroll Takes on Anime NYC Online!
Other Top News
4 Comments
Sort by: