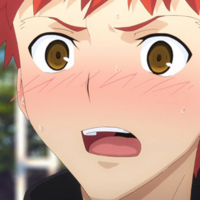 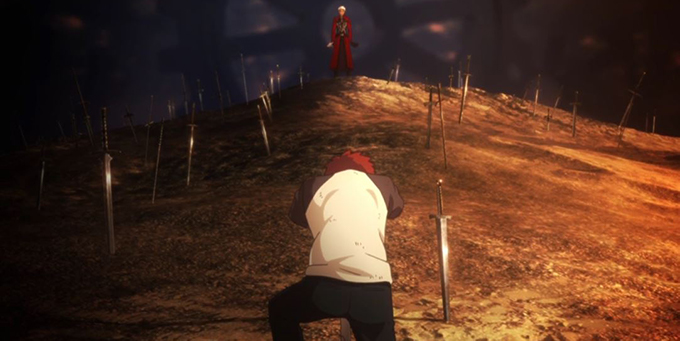 The third and final Fate/stay night Heaven’s Feel movie just released in U.S. theaters, and I'm bound and determined to find a way to watch it. Looking back though, it’s not like I was always such a diehard fan of Fate, what led me here?

My first exposure to Fate was when ufotable’s adaptation of the Unlimited Blade Works route first started airing on Crunchyroll (routes are essentially alternate timelines with the same start point). I was in college at the time and went to my local anime club to ask where to start. Even back then, I had heard about Fate and knew it would be confusing to get into.

I spoke to two of the club’s senior members, and the moment I asked, they looked at each other and started laughing. One eventually calmed down enough to ask if I was looking to get into the entire franchise or just the anime side of things. For the full franchise, he took out some flashcards and used a nearby filing cabinet to start detailing continuities.  The anime answer was, “Yeah, just start with the new one. It’s a good enough jumping on point." 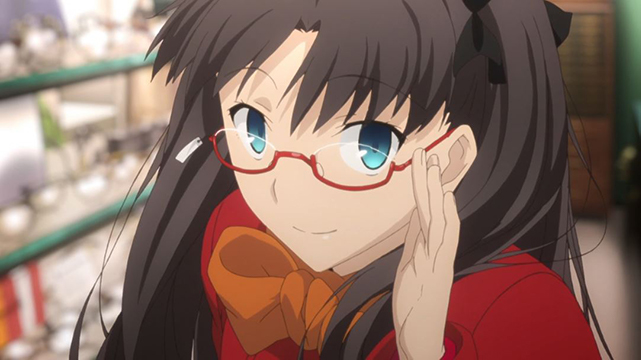 So I watched the show and enjoyed it quite a bit. The animation is great, which gives the fights a level of visual spectacle that make them a treat to watch. I was aware this was a franchise known for being difficult to get into and that the plot would be wrapped in lore from other entries, but since Fate/stay night was the first Fate property, it does a pretty good job of explaining what’s going on while hinting that there’s a wider story to explore.

And after that … honestly pretty much nothing. I knew of Fate/Zero and various other Fate properties and even started watching some of the other shows like Apocrypha and Prisma Illya, but with my college workload ramping up and there being so much other new anime to watch constantly, I just didn’t really bother getting further into Fate until after graduation. 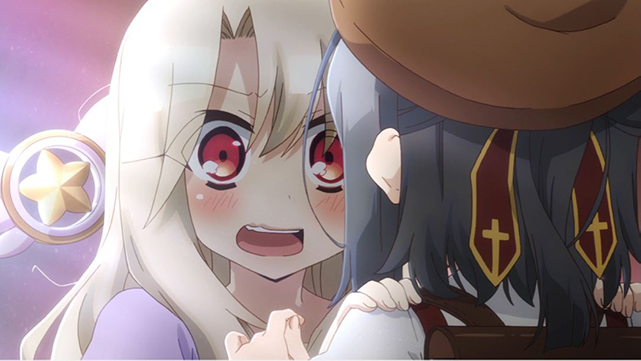 That was pretty much where I was for around three years, until one lazy afternoon at my parents’ house, I randomly decided to give mobile games a chance.

After a bit of research, I realized the Fate game I vaguely remembered hearing about was actually a thing and that it was running its first summer event. I had about two days to play as much as possible to get the Scathach — mentor of Cu Chulainn from the original Fate/stay night — in a swimsuit.

So I downloaded Fate/Grand Order and pulled an all-nighter trying to blitz through the event story as fast as possible. And that’s how Fate became a part of my daily life. Look, I’m not proud of my reasoning, but that is quite possibly the most thematically appropriate way to become a Fate fan ever. 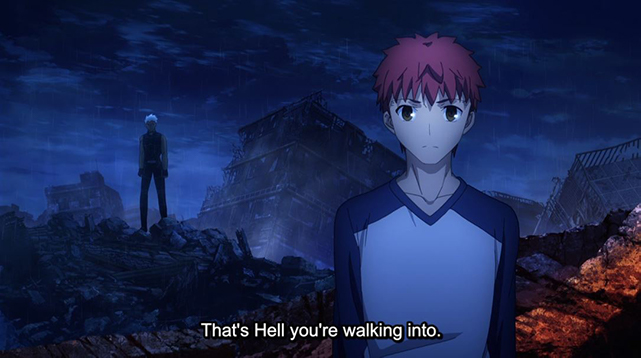 For the next six months, I logged in every day for my daily rewards, but otherwise just played a bit when I felt like it.

Then the North American FGO servers hit the end of arc one just before New Year’s 2019 and everyone who completed the story got a little symbol next to their name to show they had stopped the Incineration of Humanity.

And that was the moment I started seriously playing the game. Yes, really. A little gold star saying whether a player had finished arc one of the main story was the final push I needed. Again, I am not proud. 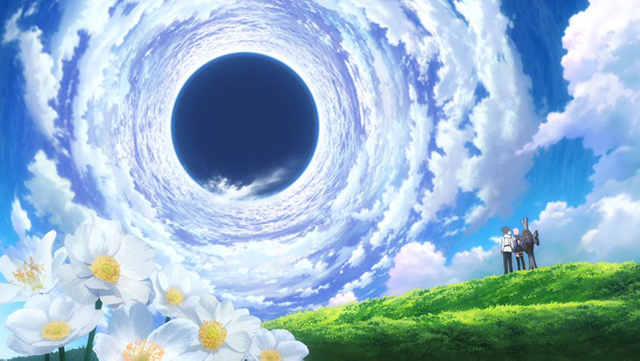 It turned out that was a pretty opportune time for me to more start getting more into Fate, too. Only three months or so later, ufotable’s second movie adapting the Heaven’s Feel route released in America.

My sister and I have always bonded over anime and showed our mother various shows for the same reason. I showed her the Unlimited Blade Works anime and she seemed to genuinely enjoy it. When I heard the second Heaven’s Feel movie was about to get a theatrical release, I watched the first with my mom and she was totally in favor of seeing the new one in theaters with me.

I realized literally about a minute before buying our tickets that the original Fate/stay night visual novel has sex scenes. The anime had maneuvered around them, but that was both a different route and made for TV. The movie would obviously be different.

After several awkward moments sitting next to my mom in a dead silent movie theater surrounded by strangers, I had become a devoted fan of the franchise. The last half an hour or so got me extremely excited for the final installment, and FGO tided me over for the next year of waiting. 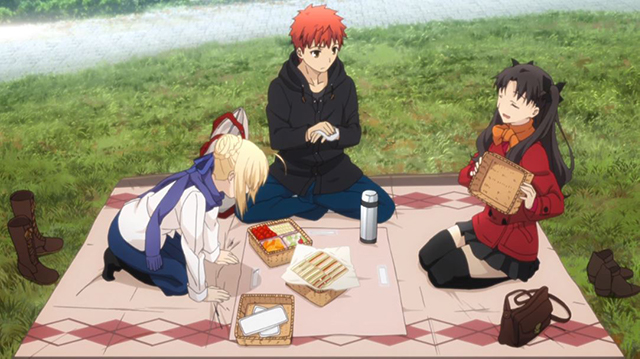 Fast forward to spring 2020, and I was truly in the depths of the fandom. I got the special edition Blu-ray DVDs for both movies, was fully invested in FGO — I even wrote a few stories for Crunchyroll trying to make sense of the insanity of the franchise from an outsider’s perspective to help people join me.

In preparation for the final movie, I got a few friends into Fate by showing off part of the Saber versus Berserker fight from the second movie, then getting them to watch the entirety of the Unlimited Blade Works anime before showing them the Heaven’s Feel movies. For those keeping count, I think that was my fourth time watching UBW? 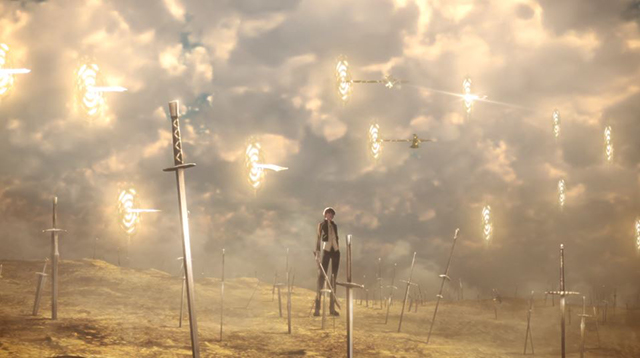 And now my journey with Fate has been put on hold. Thanks to the pandemic the latest Heaven's Feel movie was delayed from March to November — I could finally watch it. I'll be honest, I agonized over this for almost a week. I talked to my family who I bonded with through watching Fate, and my friends who I got interested in the franchise specifically to watch this movie. In the end, I can't justify going to see the movie with the way things are at the moment.

My passion helped me be patient for months, avoiding spoilers while still hanging around the online community. It'll just need to power me through a bit longer until the DVD releases, whenever that is. Personally, I'm really hoping for a Christmas release, but if I need to wait longer, so be it.

How did you get into Fate, or haven't you joined in yet? What's the best way to start becoming a fan? Any particularly funny or awkward moments from the "mana transfer" scenes, like what I had? Let me know in the comments below!