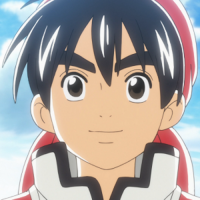 'Tis the season to be jolly, but even when your goal is to shine a light on older series for the sake of connecting new fans to catalog titles, Santa-themed anime is hard to come by. With that in mind, “Cruising the Crunchy-Catalog” is setting aside our holiday cheer and dashing through the snow with our regularly scheduled programming.

Since the weather is turning colder, we figured a good way to warm up is with a hot-blooded action series about ... the fine art of Chinese cuisine? Head's up, folks! True Cooking Master Boy is coming at ya! 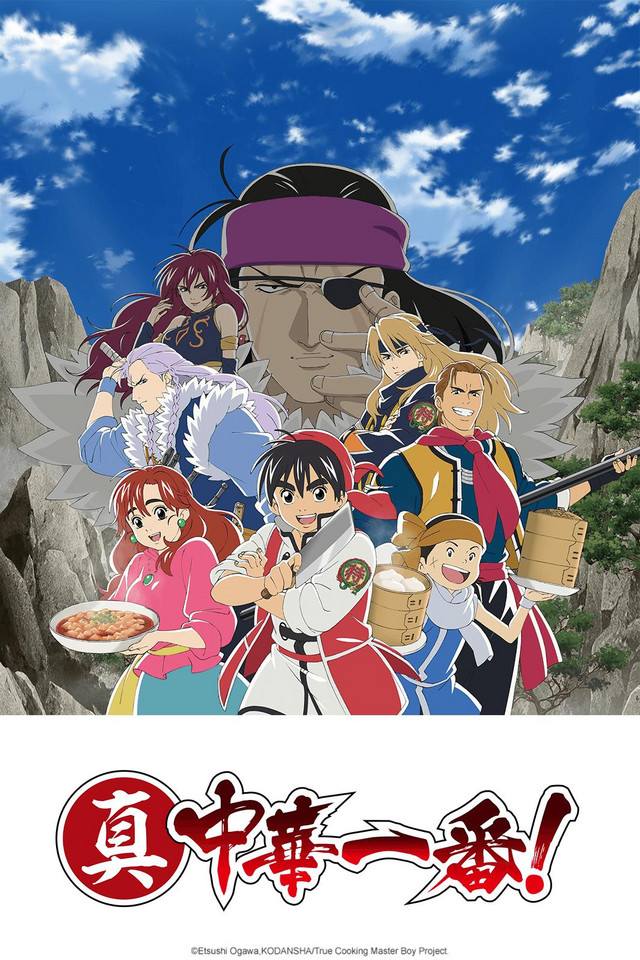 Based on the "gourmet battle" manga by Etsushi Ogawa, True Cooking Master Boy (known as Shin Chuka Ichiban! in Japan) is a fall 2019 TV anime with direction by Itsuro Kawasaki and animation production by NAS with cooperation from Production I.G. Crunchyroll describes the story of the series as follows:

During the 19th century China, the protagonist, Liu Maoxing, wins the title of Super Chef and is the youngest to do so in history. His master, Zhou Yu, suggests that he broaden his skills as a chef even more, so he goes on a journey around China with his friends Shirou and Meili. Mao’s mother, Bei, had wished for everyone’s happiness and fought against the Underground Cooking Society. In order to continue his mother’s wishes and protect the Legendary Cooking Utensils from the Underground Cooking Society, Mao and his friends go on a journey...

True Cooking Master Boy is a direct sequel to the earlier Cooking Master Boy TV anime, which ran for 52 episodes from 1997-1998. But do not despair, gentle readers, because thanks to a little exposition and a few flashbacks, it's easy to dive right into the story, which picks up with Mao having his first encounters with the cooking underworld and embarking on a quest to prevent the legendary utensils from falling into the hands of evil-doers. 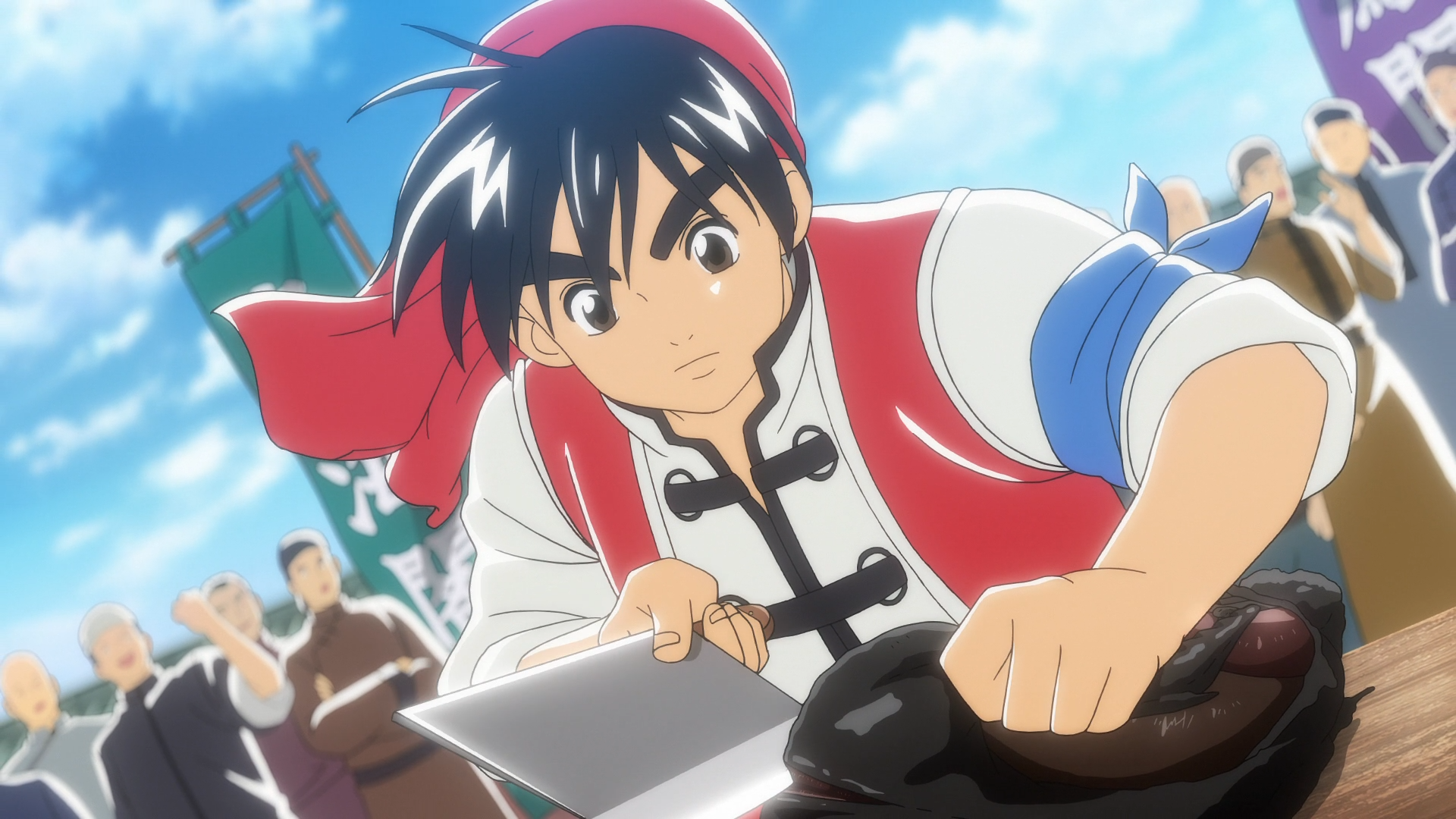 The central conceit of True Cooking Master Boy is that well-cooked food is a force for good in peoples' lives, and by extension, the protagonist, Super Chef Liu Maoxing, is a hero who spreads happiness through the power of his culinary efforts.

True Cooking Master Boy is a “gourmet battle” story, and that means that every conflict (regardless of the stakes) is ultimately settled through the power of cooking. This means that the main characters demonstrate increasingly improbable cooking skills, secret techniques, and “fighting styles” with all of the pomp and circumstance one would expect from a story about brawling martial artists. 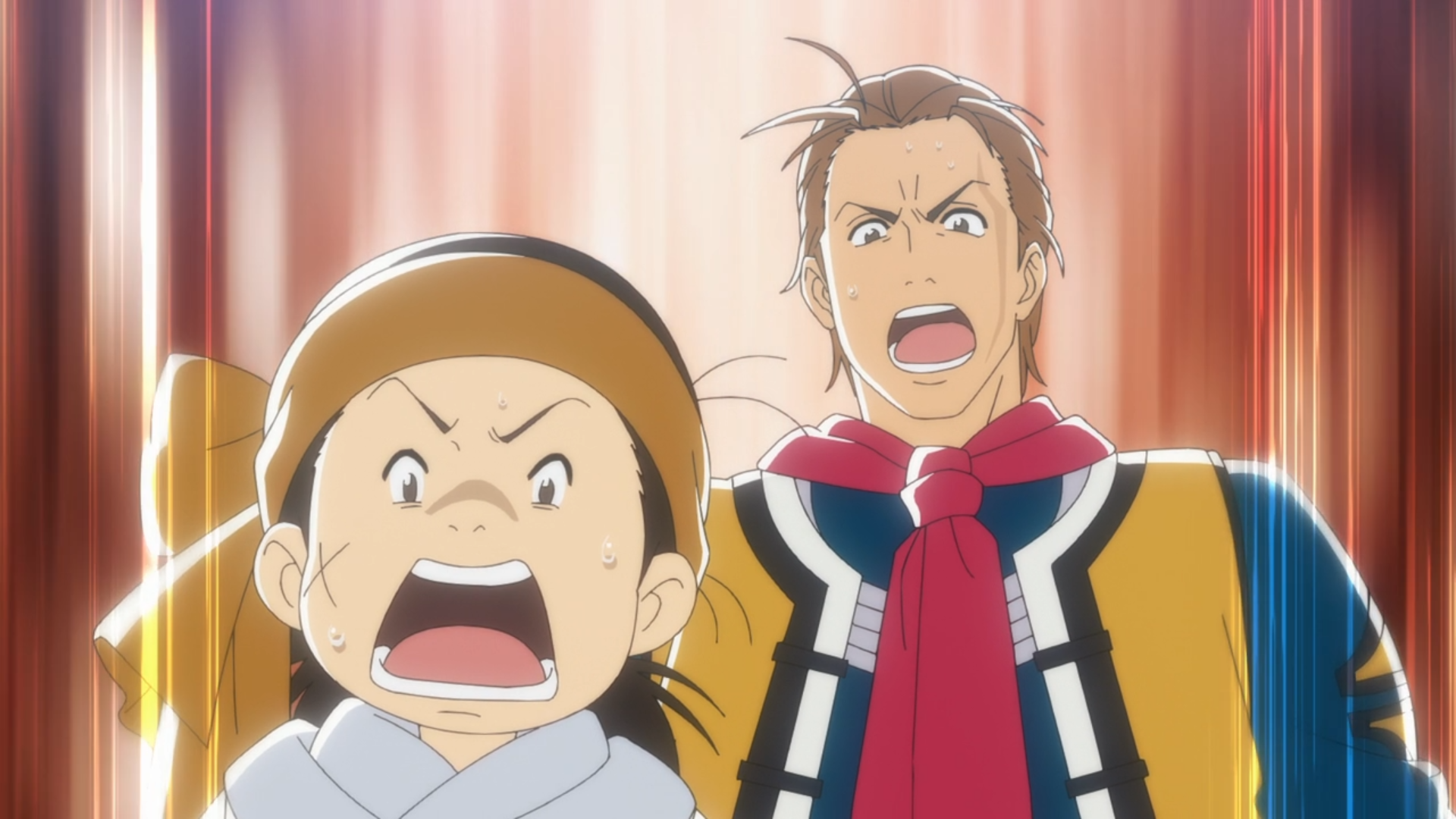 An essential element of the “gourmet battle” story is the pattern of action, running commentary, and over-reaction, and this pattern repeats (sometimes multiple times) in the structure of every cooking contest.

It plays out like this: a chef engages in an unorthodox culinary technique, other characters observe the action and prime the audience with exposition (“That's a forbidden underworld cooking tool! How does he know how to use it?”) to ratchet up the tension, and then everyone reacts with world-shaking surprise at the deliciousness of the food that is produced.

It's a simple but effective pattern that applies equally well to the actions of both heroes and villains, and it transforms something as relatively uncomplicated as cooking a meal into a dramatic struggle of epic proportions. 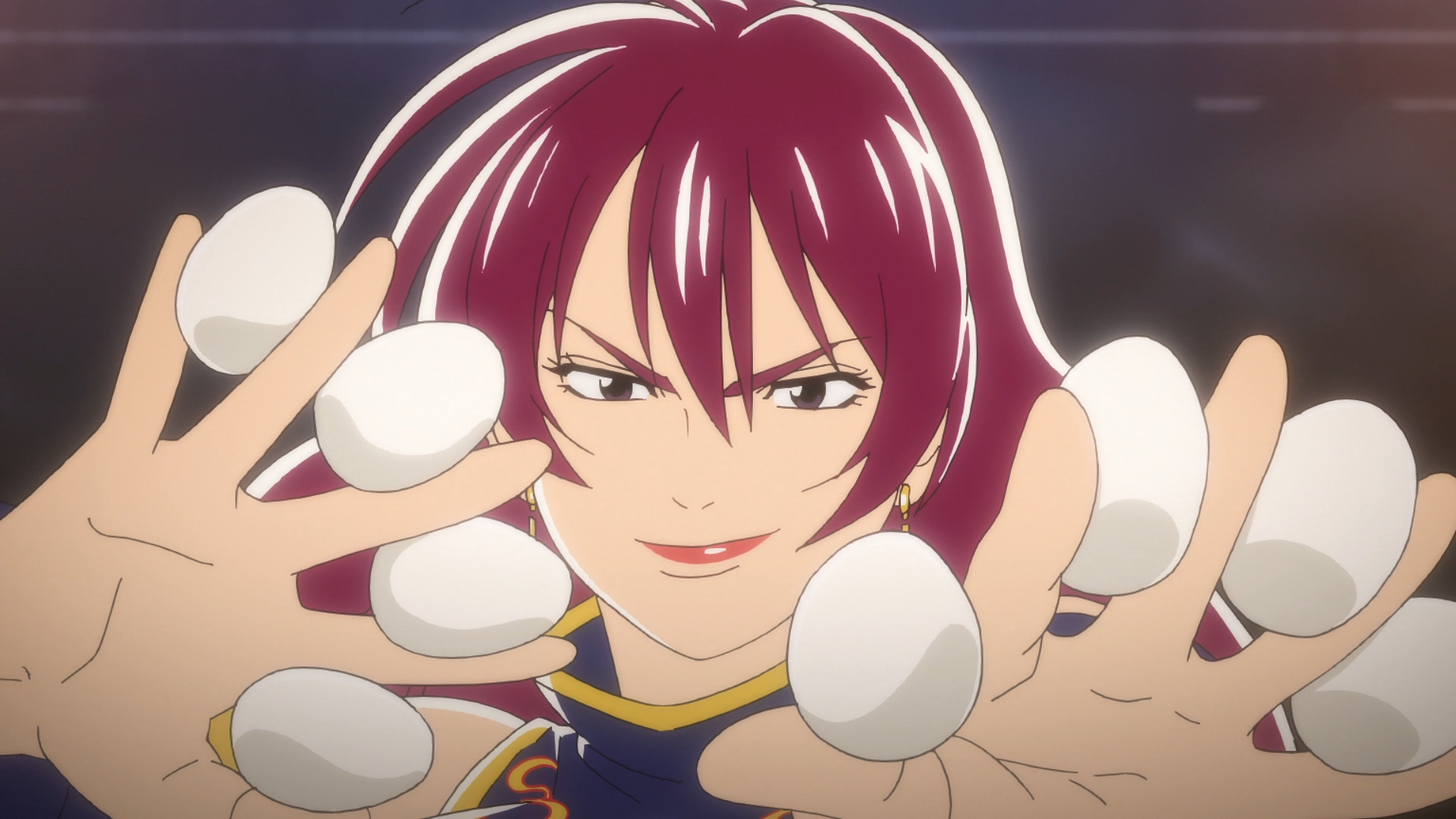 The other key element to a “gourmet battle” story is that every plot development, no matter how exaggerated and silly it appears at first blush, must be played completely straight within the context of the show, and True Cooking Master Boy is absolutely sincere in its execution.

There is no winking at the camera or breaking the fourth wall when True Cooking Master Boy presents concepts as patently absurd as legendary cooking utensils that were forged from the heart of a meteorite or a secret, evil organization dedicated to conquering the world through food. Even the most ridiculous developments are treated with a sense of gravity, and this tension between tone and content makes True Cooking Master Boy a joy to watch. 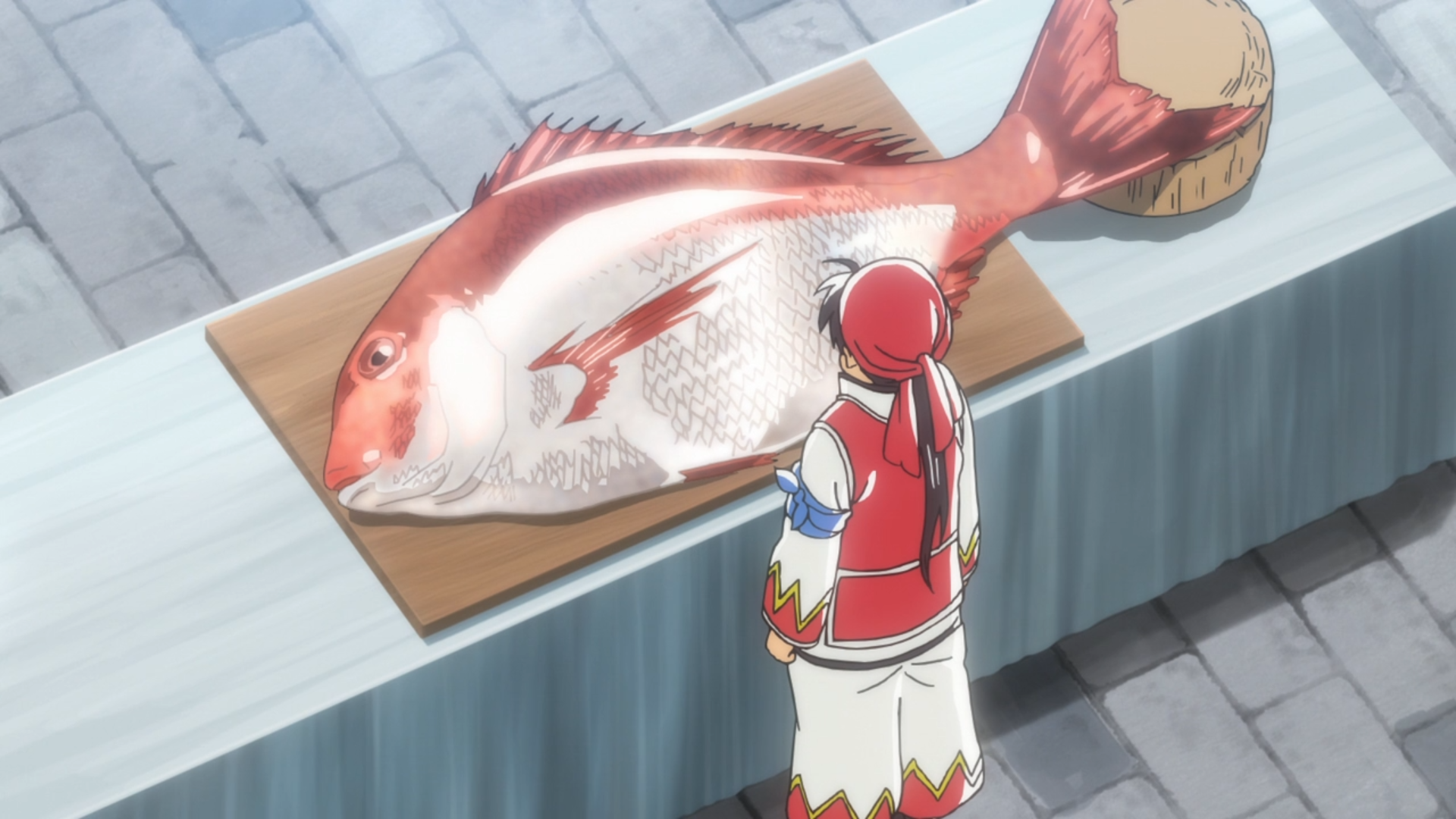 Crunchyroll currently streams True Cooking Master Boy in 204 territories worldwide. The series is available in the original Japanese with subtitles in English, Spanish, Latin American Spanish, French, Portuguese, Italian, German, Russian, and Arabic. At the time of this writing, there are no home video releases for the TV anime or English language adaptations of the original manga, although a second cour of True Cooking Master Boy is scheduled to begin broadcasting in Japan in January of 2021.

If you're in the mood for a tasty bit of diversion that is earnest and melodramatic in equal measure, and if the series is available in your area, then please consider checking out the adventures of Mao and his fellow culinary masters in True Cooking Master Boy. 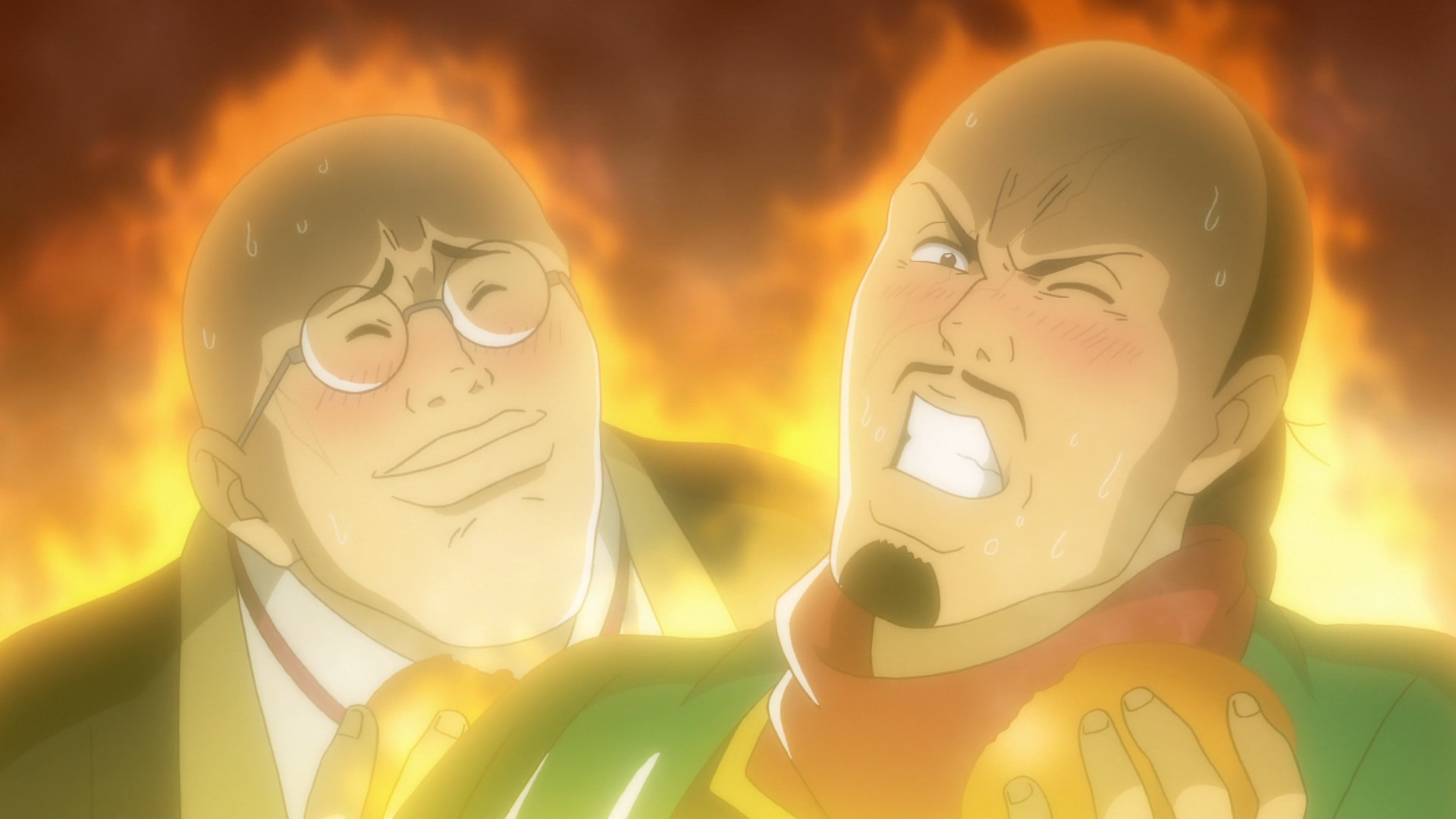 Thanks for joining us for this week's installment of “Cruising the Crunchy-Catalog.” Please be sure to tune in next time, when we get a bit more meta-textual with Anime-Gataris, a fall 2017 TV anime ostensibly about a fledgling otaku attempting to prevent the high school anime club from being shut down.