FEATURE: How Does Christmas Work In The Pokémon World? 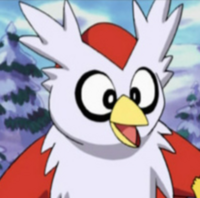 In the world of TV, Christmas-themed episodes are not a rare thing. Nearly every long-running series imaginable has at least one episode centered around December 25th and all of the hijinks and misery that can occur on it, and that includes the Pokémon anime. But while it's established that Christmas is an annual event in Ash Ketchum's world, how exactly does it work? Well today, thanks to my deeply necessary investigative skills, we're gonna find out.

So, first off, it's important to keep in mind that in the Pokémon world, Christmas is a purely secular holiday. It carries with it a lot of the values that we've imbued into it, but it has no religious ties or foundation. Secondly, Santa Claus definitely exists here, both as a figure of childhood whimsy and as a flesh and blood gift giver that is, quite frankly, terrible at his job. Santa appears in one (now banned) Pokémon episode and three different Pikachu shorts — three of those four either features one of his Pokémon getting lost or getting sick in a way that he is entirely unprepared for. I'm not saying that Santa doesn't need some help from time to time. I just think that if you're traveling around the world and your flying Stantler gets feverish in a way that only a certain berry can cure, you might consider carrying said berry. 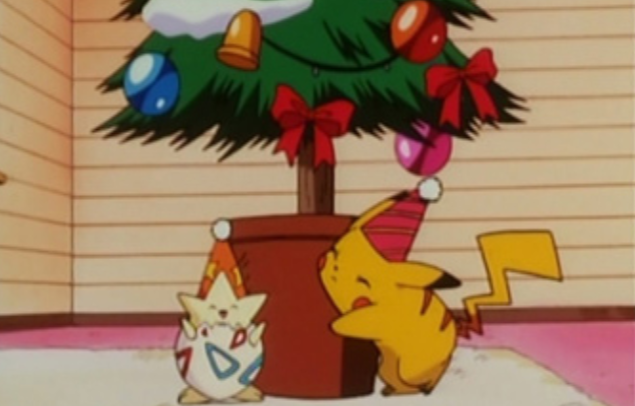 This flying Stantler also brings up another aspect of the Pokémon world: magic. To pull Santa's sleigh, he employs either a team of Ponyta or Stantler, neither of which are Pokémon that typically know how to fly. So Santa is definitely using some kind of sorcery to make this happen. However, Pikachu could not typically use the move "Surf," but in games like Pokémon Yellow and episodes like "The Pi-Kahuna," we learn that with enough practice, items, and (possibly) wizardry, Pikachu can learn to ride waves with the best of them. So perhaps it's a situation like that? Regrettably, "Flying Ponyta" has not yet attained the same status as "Surfing Pikachu" in Pokémon lore, but give it time.

We also know, thanks to a line in the episode "Island of the Giant Pokémon," that Team Rocket's James received his Koffing as a Christmas present. Now, it's unclear whether Santa gave him the gift or he received it from a friend or family member or Giovanni, but we at least know that like in our own world, sometimes new pets are given as Christmas presents. How they are hidden to make them a surprise remains uncertain — considering that, if it was in the same house as James, he would've definitely heard it shouting "KOFFING" every few seconds — but if Santa gives them, he likely uses the same technology that goes into PokeBalls to keep them hidden, mechanics that in the Pokémon world are fairly widespread and barely proprietary. 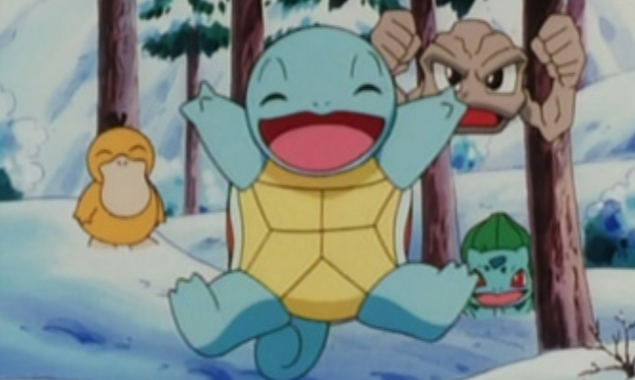 Finally, Santa is so approachable in the world of Pokémon that gifting is a two-way street. A song on the truly bizarre Pokémon Christmas Bash album called "I'm Giving Santa a Pikachu for Christmas" details Professor Oak's plans to return the favor to Santa and grant him a Pikachu for all of his hard work and the joy he's spread. Oak's lines indicate that Pikachu will be both best friend and utility as it supplies his sleigh and workshop with "Pika Power." Oak also makes puns about Santa finding Pikachu "rather shocking," the pun he made just after Pikachu shocked Ash Ketchum for the first time, a jolt so devastating that some fan theories state that it put Ash into a coma. That Professor Oak will arrive in his living room on Christmas morning to find Santa Claus electrocuted and unconscious on his floor seems to be of no serious concern.

And where does Santa live? In the banned "Holiday Hi-Jynx" episode, he dwells in the North Pole, which unlike the landmass under the South Pole, is a region of Arctic sea ice. Does this mean that the Pokémon world is subject to the same climate concerns as the earth? Topography, biomes, and the relationships between various ecosystems are an important part of games like Ruby and Sapphire, but the fact that in the Pokémon world, the North Pole is also located on a massive chunk of ice makes me wonder how much of a continuous issue it is. 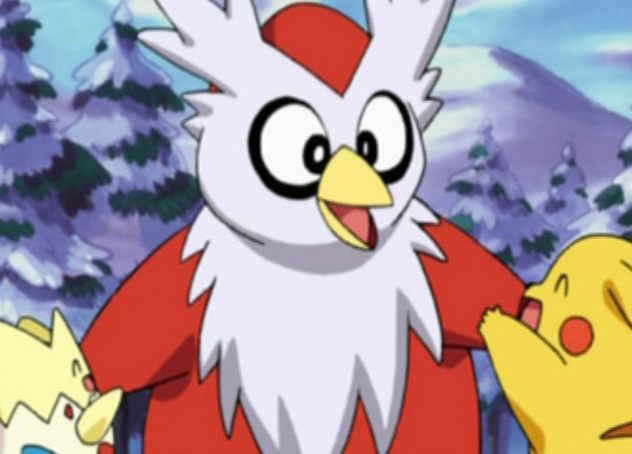 Along with Santa, many of the traditions of Christmas carry over to the Pokémon world, including holiday parties, visiting home, and the idea of "mistletoe" being a sort of romantic elixir. Not only does Brock ask Santa to put Nurse Joy and Officer Jenny under the mistletoe in the titular song "Pokémon Christmas Bash," but Ash and Misty have an entire duet called "Under the Mistletoe" in which they both desperately pine for one another. And from the Pikachu shorts and a Meowth song entitled "Nobody Don't Like Christmas," we see that Pokémon also partake in seasonal traditions and find the holiday to be important, anthropomorphizing them another step further.

Regardless of whether or not you celebrate Christmas, I hope you're happy and healthy this winter. And I hope you continue to watch Pokémon and many, many other wonderful series. Because as we all know, anime is truly the gift that never stops giving.