FEATURE: Status Update — What Happened to Anime Affected by COVID-19?

Many series, movies, and dubs have resumed their schedules 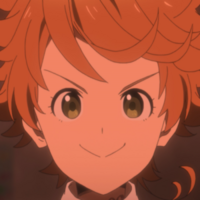 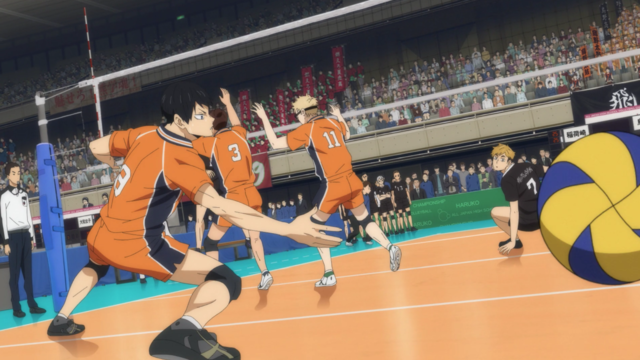 Since the initial announcement that projects would be put on a hiatus due to COVID-19, the anime industry has adjusted its processes looking into remote work options and creating an environment where work can safely continue in order to move forward. Due to updated work models, the industry has been getting back on track. Not only has the anime industry in Japan adjusted to a new workflow, but so has the anime English dubbing industry, which has adapted to remote recordings. While working under these new guidelines, both productions and dubs have slowly started back up and have been able to continue their broadcasts, as well as releasing exciting news regarding the continuation of everyone's favorite series.

The Promised Neverland left fans at the edge of their seat when the first season wrapped back in March of 2019. Fans were eagerly looking forward to the next chapter, but due to the ongoing spread of COVID-19, the second season of the hit series saw its original release date postponed from spooky October 2020 to January 2021. There were also plans to rebroadcast the first season in July, but in April there was an announcement the rebroadcast would be postponed to October 2020.

Despite the delay, the second season has moved forward, releasing a new teaser trailer for the upcoming season which featured the opening theme song "Identity," by Kiro Akiyama. In an official Twitter post from December 17, fans received the news that "Magic," by Myuk would be the season's ending theme, with Eve contributing to the music. The highly anticipated second season will officially premiere Thursday, January 7.

October 2020 would have also seen the return of That Time I Got Reincarnated as a Slime, but the second season's broadcast would be pushed from October to January 2021. The second season is set to debut on January 12, 2021.

With production continuing and the next season coming soon, a series of events have been planned to get fans ready for the premiere of Season 2. It was announced Stereo Dive Foundation will be behind the season's ending theme, and Episodes 1- 8 of Season 1 will air for free on a variety of YouTube channels for two weeks starting December 18. A special online pre-screening featuring members of the cast would also be held on December 26.
Moon Prism Power Make-Up! January 8, 2021, will see the release of the first Sailor Moon Eternal film, while the second film is set to hit Japanese theaters on February 11 of that year. Despite the films' delay, promotion for Sailor Moon was able to continue, safely of course!

On June 30, in commemoration of Usagi's birthday, fans were treated to a special 25th-anniversary video featuring an array of collaborations, collections, and stunningly vibrant complete editions of Naoko Takeuchi's beloved work. Fans were kept updated on the various casting announcements for the Amazon Trio and Quartet.

More recently, a series of new trailers featuring our dynamic duo Usagi and Mamoru, the sailor soldiers, and Chibiusa, was released and a Sailor Moon TV special premiered in Japan. For the special, fans could vote in a series of categories that included their favorite characters and episodes. The broadcast also included a great lineup of guests and was a fun, interactive experience fans could participate in from the comfort of their homes.

It's not uncommon for an anime series to go on hiatus, and while anime fans have seen some of their favorite series delayed, that fate wasn't necessarily the case for long-running series like Pokémon and One Piece. Both of these properties have been on the air since the late '90s and in their 20-ish years gracing the television (or computer) screens of anime fans, both series had rarely experienced a hiatus. But due to the pandemic, both series found themselves on a break.

On April 20, the official Twitter account for Toei Animation announced future episodes of the most recent arc, One Piece: WANO KUNI, would be delayed after they "carefully considered the safety measures for the spread," of COVID-19. The series would continue its broadcast starting June 28, and more recently, would even get its own 24/7 channel dedicated to catching up on all the adventures of the Straw Hat Pirates.
The virus also impacted Pokémon Journeys, Pokémon: Twilight Wings, and the upcoming film, Pokémon the Movie: Coco. After it was announced on April 19 that Pokémon Journeys would be going on hiatus and suspending production, the series would continue its Japanese broadcast on June 7, and would also become available on Netflix starting June 12. Likewise, Pokémon: Twilight Wings would delay its fifth episode to June 5, and the fan-favorite web anime series would return again in November with a special episode!

Like Pokémon Journeys and Pokémon: Twilight Wings, Pokémon the Movie: Coco was delayed and the original release date of July 10, 2020, would be pushed back. The film would set a new release date for this upcoming winter.

Pokémon Journeys' hiatus resulted in the longest amount of time the series didn't air on Japanese television since the Porygon episode of 1997, and Pokémon the Movie: Coco marks the first Pokémon film to not have a July release date for Japanese theaters since 1998.
After the production committee for Violet Evergarden: the Movie announced in a post on the official website the film was being postponed, the film was released in Japanese theaters a few months later on September 18, 2020, and became available in New Zealand and Australia on December 3.

Since the premiere, Violet Evergarden: the Movie has achieved many accomplishments. The film's already stunning animation was amplified because of a conversion to Dolby Vision HDR and became the first anime movie to be screened this way. In addition to receiving a special screening of this type, Violet Evergarden: the Movie has also continued to perform at the box office. On December 7, Oricon reported the film surpassed 2 billion yen, (US $19,315,670), an impressive milestone. This achievement is likely to grow, seeing as the film expanded to additional theaters starting on December 11.
Sword Art Online Alicization War of Underworld second cour was set to premiere on April 25, 2020, but an announcement from the series official website confirmed the premiere would be delayed. A new launch date of July 11 was declared and a rebroadcast of the show's first season aired in its place.

With the Japanese broadcast of Sword Art Online Alicization War of Underworld being delayed, the series also saw the delay of its English dub, but on November 7, the English dub would return, and a new trailer previewed just what fans can expect when SAO comes home to Cartoon Network's Toonami block.

With studios looking into ways to continue dubbing anime safely, fans were able to pick up right where they left off on a great slate of dubs including In/Spectre, Science Fell in Love, So I Tried to Prove It, Welcome to Demon School, Iruma-kun, Somali and the Forest Spirit, The 8th son? Are you kidding me? starting in May 2020.

Also in May 2020, a full line-up of new dubs was released which included Tower of God and My Next Life as a Villainess: All Routes Lead to Doom! 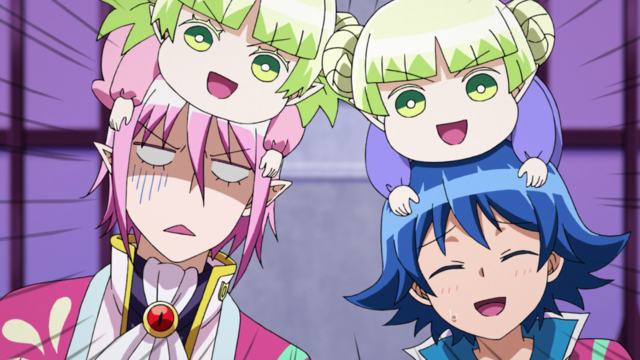 You can check out a full, updated list of anime series, movies, and dubs delayed by COVID-19 here.

Which anime series are you looking forward to seeing return? What about a series you were happy to see resume? Let us know in the comments!