REVIEW: US Release of Lupin the 3rd: THE FIRST Is a Vintage Treasure 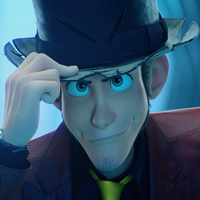 Just over a year ago, Lupin the 3rd: THE FIRST stole its way into Japanese cinemas. The film marks the first 3DCG animated outing for the gentleman thief, who debuted in 1967 in a manga penned by the late Kazuhiko Katō (better known to us as Monkey Punch). We brought you a fresh review right when the film first came out; but now that it's making its way to home video courtesy of GKIDS, we're taking another look — this time not only at THE FIRST itself, but also at its North American release. 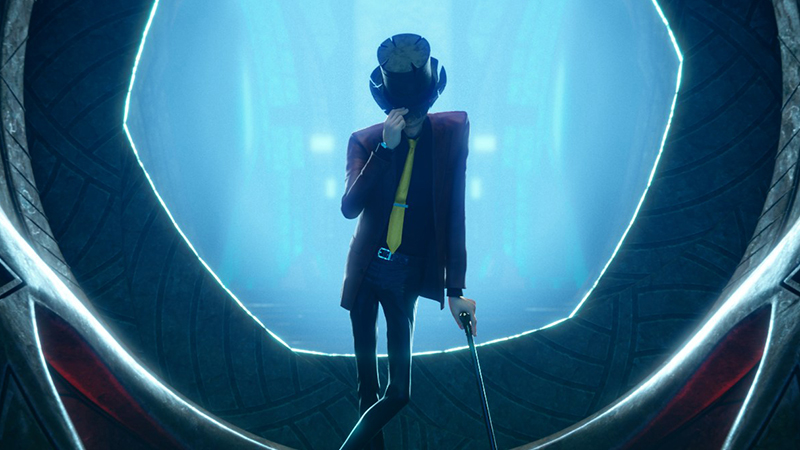 All images via GKIDS

You'll be able to unlock the secrets of the Bresson Diary for yourself this month, but join us now for a look at the state-side release of the hotly-anticipated movie!

Lupin the 3rd tends to move with the times, updating the anime antihero to our modern life. But THE FIRST does the exact opposite. Set contemporary to the premiere of the manga, it reminds us of the whole point of the title: This is the grandson of literary thief Arsène Lupin we're following. And The First looms large throughout this film, not only in the title, but through the story itself.

Lupin is looking to get his hands on the one thing his renowned grandfather failed to steal: the Bresson Diary (a throwback to a character in Maurice Leblanc's Arsène Lupin vs. Herlock Sholmes). Locked in a puzzle box, the diary promises a great treasure to anyone who can open it. Also chasing after the treasure is Laetitia, a passionate archaeologist turned rookie thief. Oh, and the Third Reich is there, too: in typical post-War fashion, a few stragglers of the especially occult kind believe the Diary will lead them to a magical superweapon. And since this is Lupin the 3rd, they're probably not wrong.

The truth of the Bresson Diary and the original Lupin's involvement is a bit more convoluted than first laid out. But as we move into the final act, it's full Indiana Jones energy: deadly science-magic traps, betrayals, Rule of Cool action, and the literal fate of the world hanging in the balance. Even Zenigata is willing to call a truce and take up his honorary role as fifth Lupin Gang member once again.

When it comes to Lupin the 3rd, rocking the boat has risks and rewards. Series like Lupin the 3rd Part 5 and The Woman Called Fujiko Mine tested the decades-long franchise's tropes, and did so in a way that was both successful and fan-pleasing. Other films and specials haven't hit the mark quite as well. The safest course of action is to toe the line, and that's what THE FIRST does. If you're expecting director Takashi Yamazaki to reinvent the wheel with the screen time he's given, you'll be disappointed. But that's largely because that was never the aim.

More than anything, this film strives to be as classic Lupin as possible. Every music cue short of "Fire Treasure" (which post-dates the setting, anyway) is present somewhere, courtesy of series mainstays Yuji Ohno and You & Explosion Band. We get a car chase with the reliable little Fiat 500. We get Lupin ziplining down a laser corridor while his theme music plays. Goemon slices no fewer than two very large passenger-carrying vehicles, Jigen is at his sharp-shootiest, and Fujiko breaks hearts and necks in quick succession. It may not be game-changing, but it's so right — possibly the rightest the series has been in a while — that trying to get fancy would feel wrong.

Of special note are each character's nuanced expression and movement. We've watched the core five for decades, albeit in 2D animation, and by now we know them like old friends. As we've seen in Stand by Me Doraemon, Yamazaki goes for broke making his CG stars as emotive as possible. These depictions hit the nail on the head in terms of body language, to the point that a keen eye might even catch when a background character is actually Lupin in disguise.

In recent years, the Lupin the 3rd TV series and films have been getting increasingly better treatment in North America. This is in large part due to the dream team of Tony Oliver (Lupin) and Richard Epcar (Jigen) — industry voice acting veterans — leading a stellar ensemble cast. Lex Lang (Goemon), Michelle Ruff (Fujiko), and Doug Erholtz (Zenigata) are all as on point as ever, and that's no surprise.

THE FIRST presents an uncommon challenge in the Lupin the 3rd series: rather than the typical anime lip flap, the writers and voice actors have to match (or at least approximate) much more specific enunciation. Well ... it's less that they have to and more that they went for it. It was a good call, and the localization is all the better and flows all the more naturally for it.

Since its premiere, Lupin the 3rd: THE FIRST has been for American fans much like the Bresson Diary was for Lupin himself: shiny, enticing, and always just out of reach. Having it in hand, it lives up to expectations. And if this all sounds like a love letter to the movie, that's not inappropriate — since the movie is a love letter to Lupin.

THE FIRST is a deliberate throwback in every sense. Rooted firmly in both its own history and that of the books that inspired it, it's a reminder of where this long-lived anime classic began. It's a standard story, exactly the sort we've come to expect, but that doesn't stop it from being a fantastic experience.

Get Lupin the 3rd: THE FIRST on digital, Blu-ray, and steelbook