INFOGRAPHIC: A Census of Every 2020 Crunchyroll Simulcast

To cap off 2020, we've got a giant infographic quantifying all the new content Crunchyroll saw last year 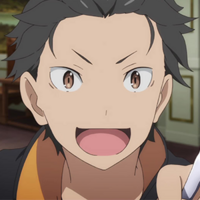 Around this time last year, I asked myself, “how many main characters have pink hair this season?” I created a spreadsheet on a whim and began writing down the names of every simulcast airing on Crunchyroll that season. Then I wrote down the lead protagonist’s eye and hair colors. When I finished that, I then thought to myself, “it would be sort of interesting to break down which genres these series were, too.” That started an avalanche of other questions, and soon my little spreadsheet had ballooned out to encompass a wealth of other series related data. By the end of 2020, it comprised 28 columns and 96 rows!! The results are pretty interesting, and I wanted to share them with everyone as a look back on all of the series we got to enjoy together in a year where we so desperately needed something to bring us smiles. With the help of my friend Jacqui (who handled the graphic design), we compiled all of this together into a single infographic!

A note on methodology: the information represented in this infographic reflects every series, film, OVA, and special that was simulcast on Crunchyroll in 2020 (this excludes all catalog additions). A great deal of this data is qualitative or otherwise dependent on my interpretation as a viewer–there are plenty of characters whose hair could either be considered dark blue or black, and a lot of this was subject to what I as viewer thought was going on. When available, I did double-check with readily available canon information (official Japanese websites, mostly), but I am but a simple anime fan, and this data reflects my very human imperfection. Following the infographic, I will provide some further contextual information regarding specific categories. Without further ado, here’s the stats!

Genre: Every series on Crunchyroll has tags that determine which genre it shows up in. These tags provided the base data for this category.

Time periods: Take some of these with a grain of salt–if an isekai series took place in a fantasy world but the technology was generally Medieval Europe adjacent, it counted as “Medieval Europe-ish.” This applies to most of the other eras as well.

Gender: “Other” indicates mostly non-human characters that don’t have gender analogs (if a main character was a banana, they would fall into this category).

Age: This is tied to a characters in universe age, not how they appear. For example, while Emilia in Re:Zero appears to be a young lady, she was counted as an ancient since she is multiple centuries old.

Job/role word cloud: The larger the word, the more characters fell into this role. This was a subjective determination on my part based on plot relevance. For example, Hinata from Haikyu!! would be considered an athlete over a high school student. Each protagonist only received one tag, so Hinata would be considered an athlete and not a high school student, but in future infographics, I will attempt to involve multiple roles per character.

Species: “Supernatural” indicates any sort of spirit, monster, or any other type of mystical creature that is not half human.

Episode count: Determined by the number of episodes aired within 2020. Excludes ongoing series’ episodes that aired prior to 2020.

And that's it! Thanks so much for reading, and here's to a better year.

FEATURE: Most Popular Winter Anime By State/Province/Territory in Canada, Australia, and France