OPINION: Why You Need to Catch Up on Given!

With its sequel film approaching, here's why you need to check out Given's first season! 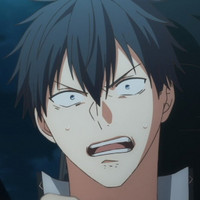 Hello everyone, and welcome back to Why It Works. The winter anime season has started kicking into gear, but one of my own most-anticipated properties won’t be arriving until February. I’m talking about the film follow-up to Given, one of 2019’s strongest productions, and an anime that I feel flew under the radar for far too many fans. With the sequel approaching, it seems like the perfect time to rectify that. We’re currently about a month out from the film’s release, giving you all plenty of time to catch up — so without further ado, what made Given one of the best anime of 2019? 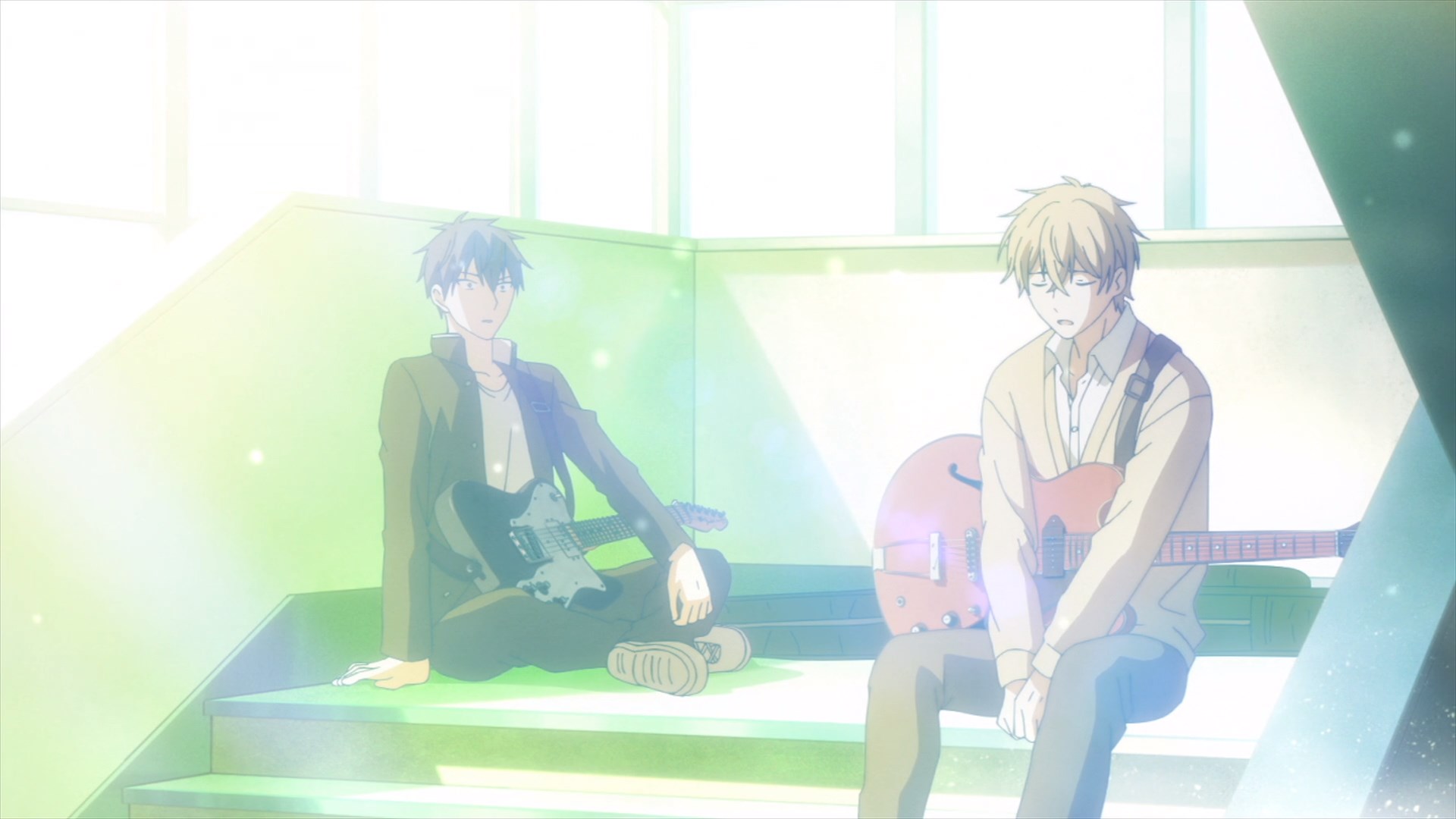 First off, Given’s general plot concerns a high schooler named Ritsuka, a talented guitarist who plays with two older friends in a local band. In spite of his love of music, Ritsuka feels a sense of aimlessness in his life — until he meets Mafuyu, a classmate who keeps to himself, but seems entranced by music in his own way. Impressed by Mafuyu’s singing voice, Ritsuka invites him to come meet the band. From there, the two grow closer, both as artists and individuals, revealing layers of pain and passion as they struggle with past trauma, social derision, and much else.

If you’re a fan of character dramas, Given is a must-watch production by that metric alone. Both Ritsuka and Mafuyu are rich, layered characters who carry their past regrets and self-image with them in clear and poignant ways. Mafuyu’s quiet affectation isn’t just unusually true-to-life, it’s an understandable response to his past trauma. Ritsuka’s confidence seems inviolable at first, but soon reveals itself to be a different kind of shield. These characters aren’t just sympathetic, they’re people; they act differently in different situations, while still reflecting the passions and fears that define their identities. 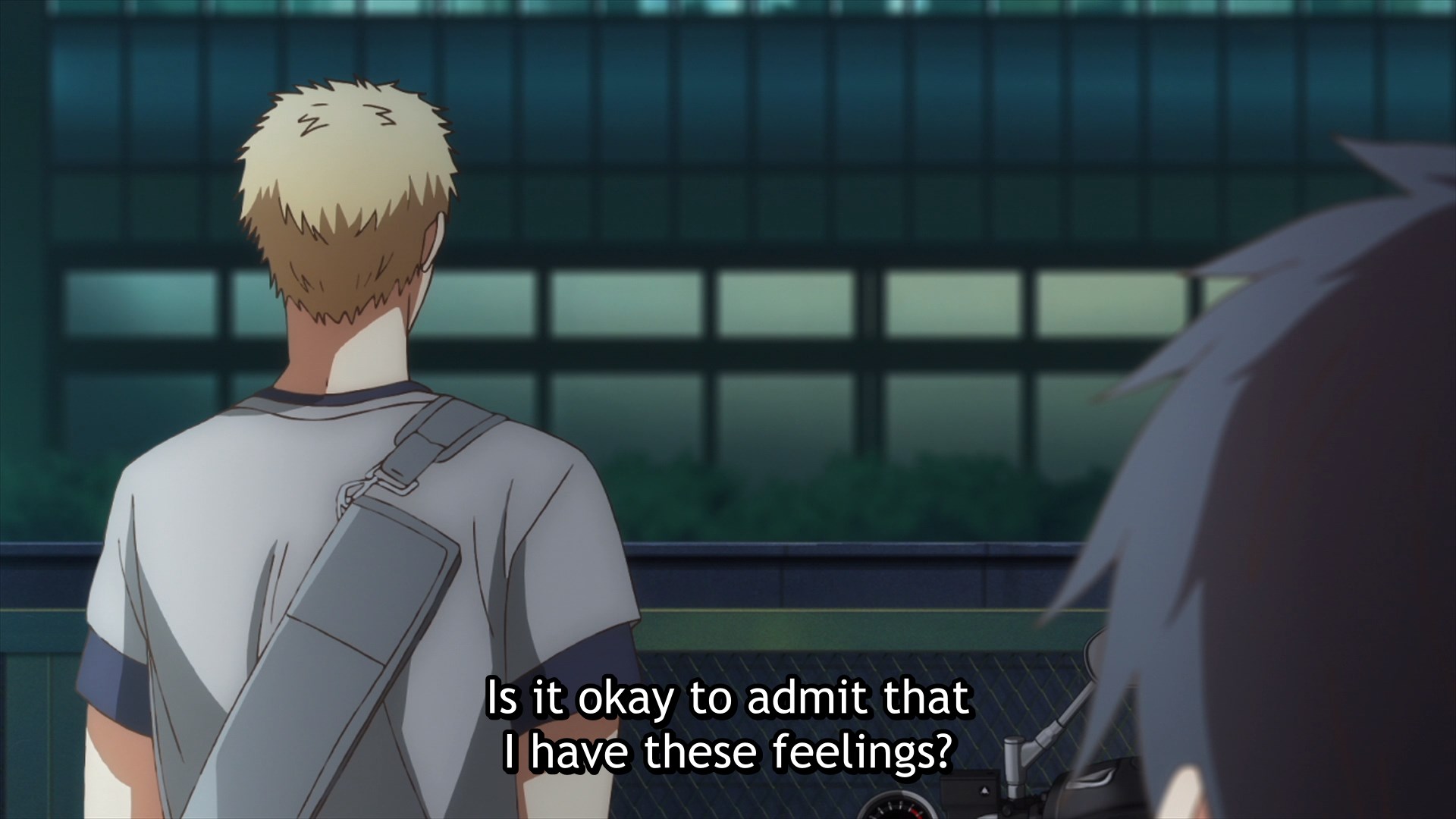 These rich characters are further buoyed by a narrative willing to embrace topics few anime will touch. The relationship between Mafuyu and Ritsuka is an unambiguous gay romance, leaving no room for “maybe they’re just friends” equivocating. Not only that, but Given is actually eager to explore the consequences of that choice. The specter of Mafuyu’s earlier experiences haunt his current school life, while Ritsuka struggles greatly with accepting the idea of himself as a gay man. Given doesn’t just contain gay characters, it directly explores the complexity of discovering your sexual identity, in the context of a world where accepting that can have terrifying social consequences.

What makes these characters and their stories work so well is Given’s remarkably frank, believable way with dialogue. When Ritsuka is struggling to accept that he might be gay, one of his older bandmates takes him aside, and reflects on his own experiences working out his sexual identity. What struck me about this sequence was not just the unusually mature subject matter, but how offhand and natural the sequence felt; not like a didactic lesson, but a genuine conversation between two friends with very different life experiences. Again and again, Given’s conversations seem both unusually thoughtful and starkly naturalistic, bringing clear human perspectives to its difficult subjects. 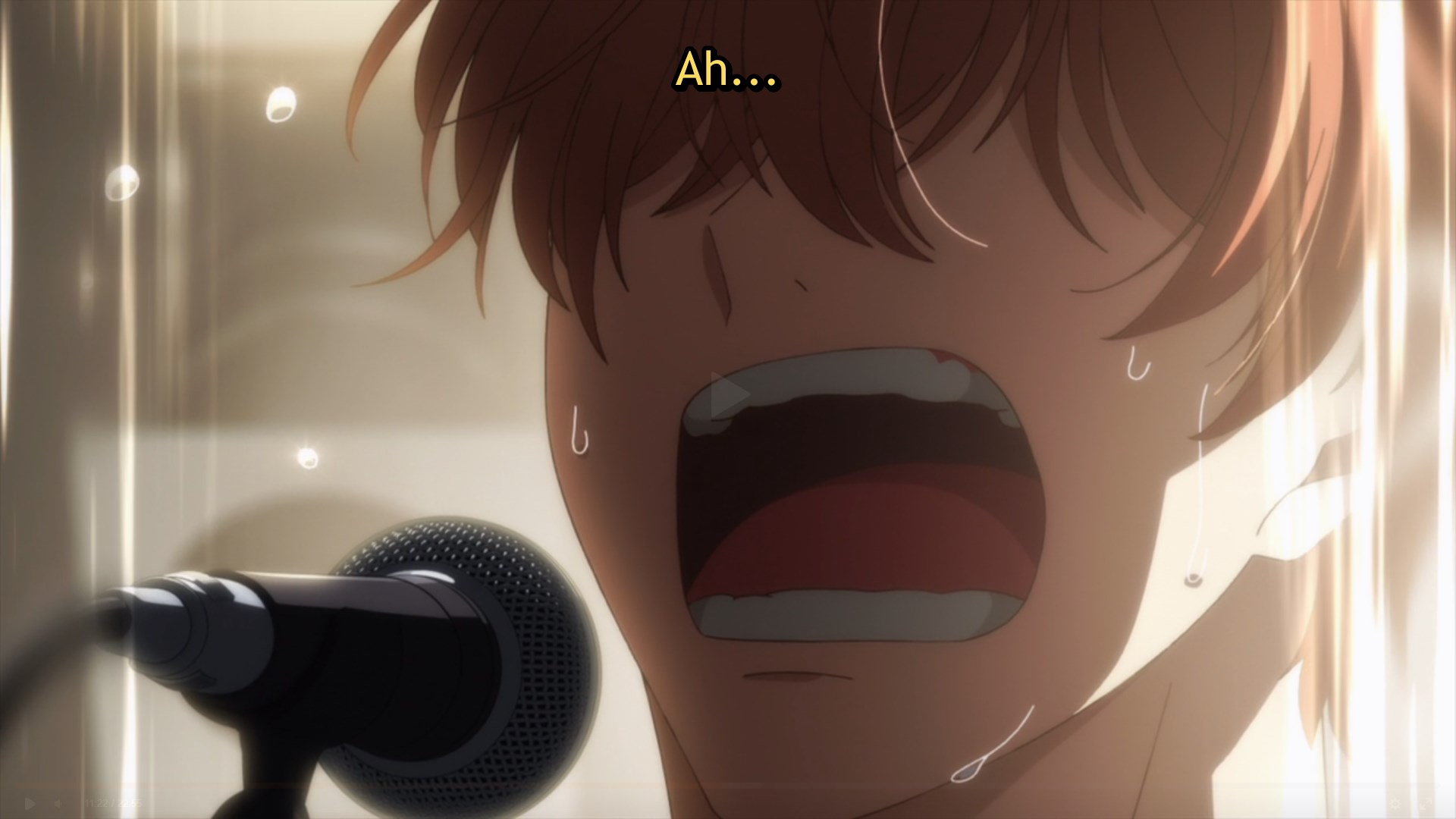 Of course, while Given is in large part a character drama, that drama is centered around a musical group. It’s thus no surprise that Given also works as a stirring exploration of the power of music. The show gets as far into the weeds of musical performance as it does personal identity, exploring the difficulty of harmonizing as a group, the natural friction of bandmates in different stages of life, and the process of turning a melody into a full song. This process culminates in an absolutely staggering live music performance — one I’m sure the film will be trying its hardest to outdo.

In spite of me focusing so much on its script, Given is also a compelling visual experience. You wouldn’t guess the show is Hikaru Yamaguchi’s directorial debut, considering the extreme confidence of this show’s cinematography. Its layouts are always constructed with clear purpose, constantly working to visually emphasize the dynamics between characters, or the emotional charge of a moment. Though it’s not an ostentatious production, it is a resoundingly focused one, built out of a clear understanding of visual storytelling. 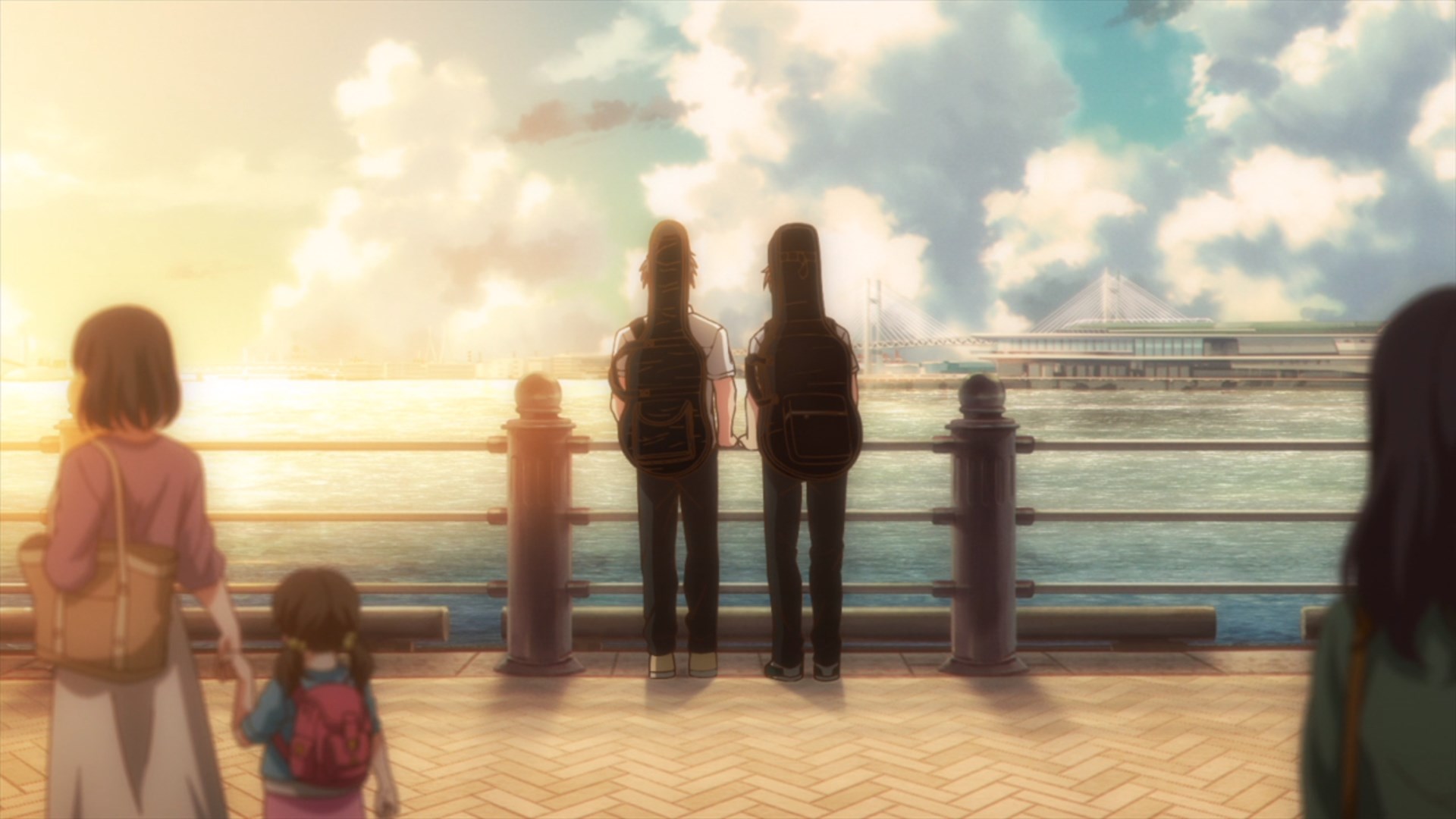 Finally, though Given’s first season told a relatively complete story of Ritsuka and Mafuyu, it was also clear at the time that the show was based on an ongoing property with plenty of lingering threads left to be explored. At the time, that wasn’t exactly a point in its favor — but now that we actually have that continuation coming, it’s comforting to know this story can continue, and clearly has more things to say. Given’s film is shaping up to be an essential continuation of the story, and I hope you’ll be joining me in watching it!

What was your favorite aspect of Given’s first season? Let us know in the comments!