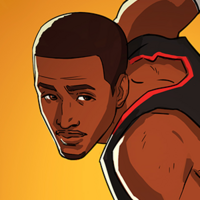 Today’s profile is on John Collins, a power forward who currently plays for the Atlanta Hawks. Collins has been into anime since elementary school and continues to use anime as a way to bond with his fellow teammates. We spoke with Collins about getting inspiration from Rock Lee’s training, the “secret” anime fans that he meets every day, and more! 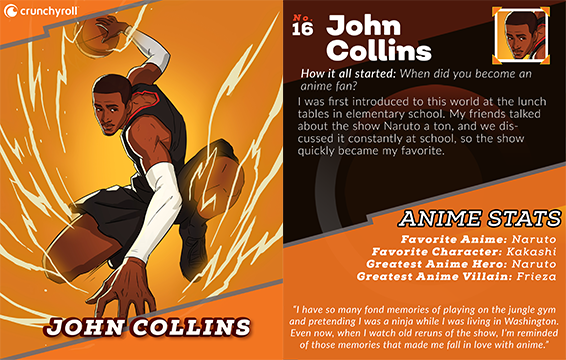 I was first introduced to this world at the lunch tables in elementary school. My friends talked about the show Naruto a ton, and we discussed it constantly at school, so the show quickly became my favorite. I have so many fond memories of playing on the jungle gym and pretending I was a ninja while I was living in Washington. Even now, when I watch old reruns of the show, I’m reminded of those memories that made me fall in love with anime.

Over the years, I’ve built a collection of Naruto clothing and figurines. I love this stuff! It includes some Dragon Ball Z items too.

I’ve definitely bonded with my teammates over our love for anime. We always have something to discuss about the storylines and character development. 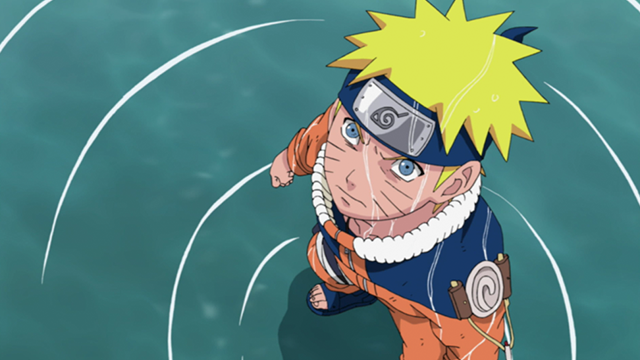 Naruto — I’ve always loved that each episode has a deeper message behind it. The messages are nuanced adult themes broken down into kid narratives. I’m also really drawn to the variety of characters.

Who’s your favorite anime character of all time, and why?

My favorite character is Kakashi because he’s like a sensei. He’s the coolest character and he wears a mask, which I feel is so relevant right now. 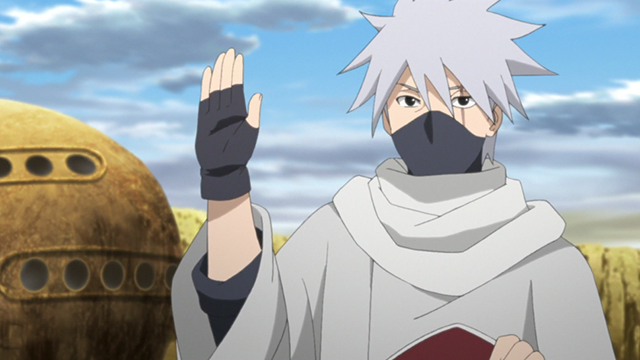 Rock Lee has no special abilities, yet he’s still just so powerful because he works so much harder than them. It gives me inspiration to keep working at my craft. 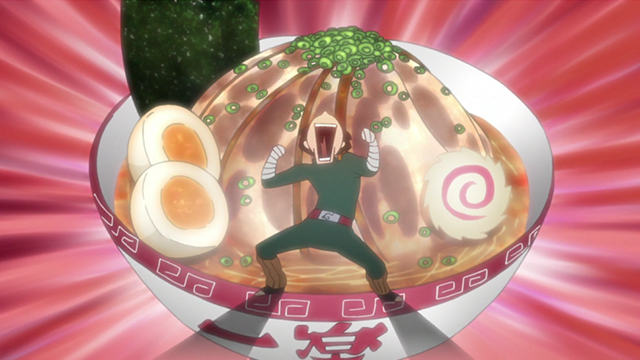 It feels like more and more athletes are showcasing their love for anime — what’s anime fandom like in NBA culture? And what do you think it is about anime that attracts athletes?

I believe the fandom is a bit underground, but there are still a bunch of secret fans. It’s not as mainstream as guys’ other interests. Athletes are attracted to it because we’re always traveling and it promotes us watching things together. Plus, the combination of animation and a foreign culture is really cool to learn about.

I would tell them to give it a fair chance. It can be a little weird to get into at first. Once you find the right first show that fits your interests, you’ll be hooked!

Crunchyroll All-Stars: James Wiseman on Learning to be a Leader from Goku