It's time to look back on how far the protagonists of our favorite classic and long-running series have come! 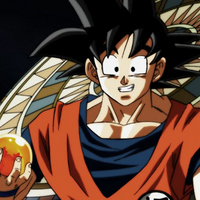 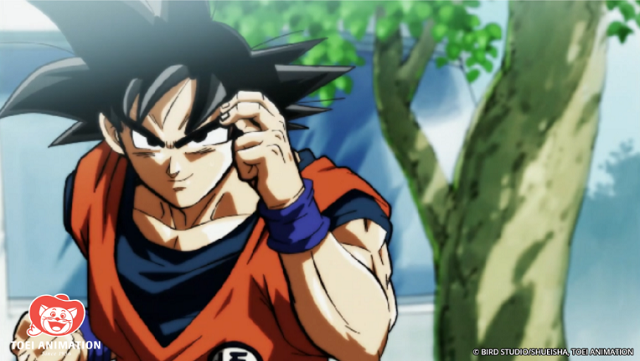 This article written by Carlos Cadorniga was originally published on December 30, 2020.

In many of our favorite long-running anime series, the main protagonists go through some immense change. Whether they’re driven by their lofty ambitions or a never-ending quest, they’ve each had their own humble beginnings and have since come so far on their own journeys. We’re continually inspired by these heroes, whether their stories are concluded, ongoing, or simply timeless.

In honor of some classic anime heroes, we’re taking a look back on their illustrious careers as ninja, pirates, Hunters, and Z-fighters alike. Let’s see just how far our favorite anime characters have come. 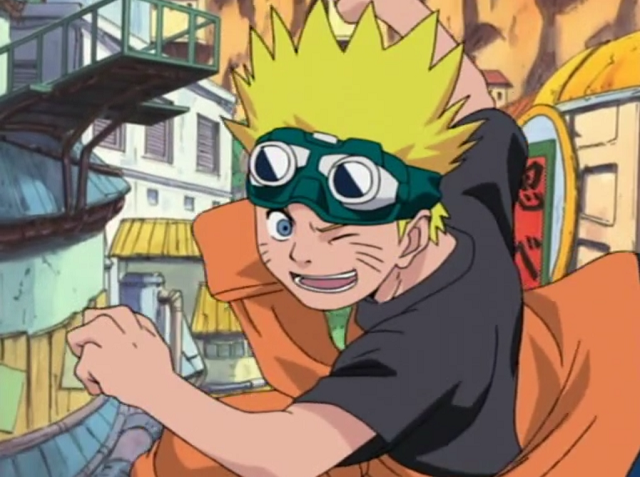 Where they started: As a social outcast and the host of a powerful beast, Naruto Uzumaki long dreamt of being the Hokage. His penchant for mischief masked a deep-seated longing for companionship, but he was stalwart in his dreams and was on his way to forming many strong friendships. What he lacked in knowledge and experience he made up for with plenty of grit and attitude as he learned and mastered advanced-level Jutsu at a young age. But even with one or two elite techniques under his belt, his journey to becoming Hokage would be far from easy. 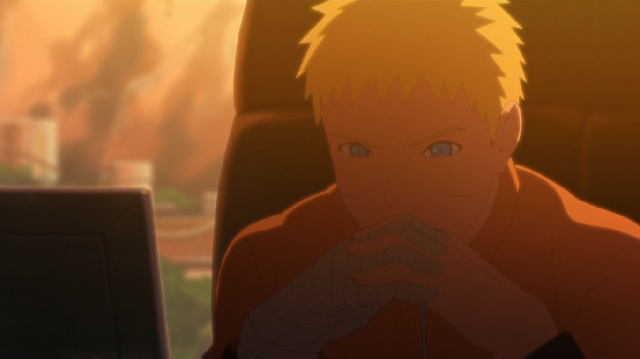 Where they are now: After burying the hatchet with his closest friend and rival and saving the whole world, Naruto has long since achieved his dream, having become the seventh Hokage of the Hidden Leaf Village. He’s now married to Hinata Hyuuga with two children, a daughter named Himawari and a son named Boruto, who sets off on his own ninja adventures. He’s even reconciled with the demon living within him, who often joins Naruto in his fights to protect his village and his family. Though the focus has shifted toward his son, Naruto’s story still continues long after becoming Hokage. 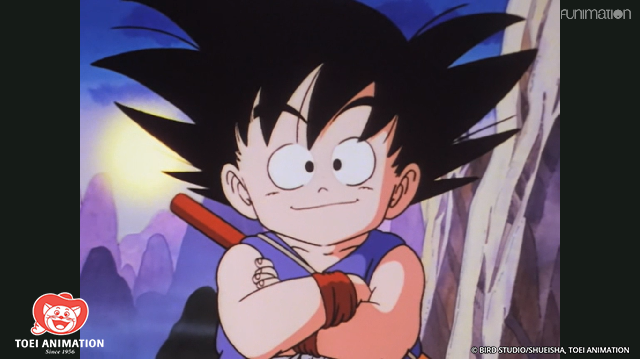 Where they started: After the death of his loving adoptive grandpa, Goku lived on his own for some time with a special charm to remember him by, a Four-Star Dragon Ball. Upon learning from his new friend Bulma that his grandpa’s keepsake is part of a set of seven artifacts that can grant any wish when collected, Goku heads out on a globe-spanning journey to retrieve them all. Along the way, he meets new friends, becomes more powerful, and comes closer to the truth of his mysterious origins. 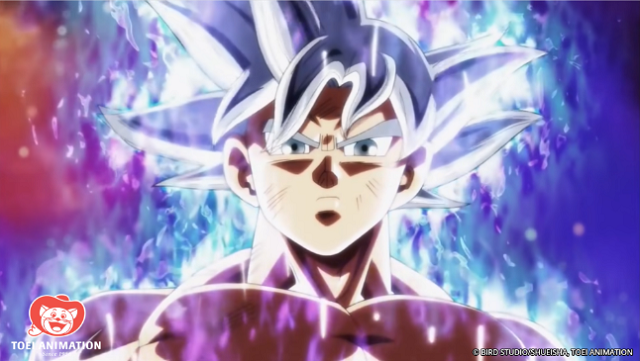 Where they are now: Among every candidate on this list, few have a history quite as large as Goku’s. While he’s still a loveable oaf who loves fighting as much as eating, he’s become a true savior after defeating incredible foes like Frieza and Kid Buu and continues to grow stronger as a fighter. From a Super Saiyan to Ultra Instinct, his increasing power level knows no bounds. As of the interdimensional Tournament of Power in Dragon Ball Super, he’s currently one of the strongest fighters in 12 dimensions. And to this day, he’s always looking to become even stronger than he was yesterday.

Monkey D. Luffy and the Straw Hat Pirates (One Piece) 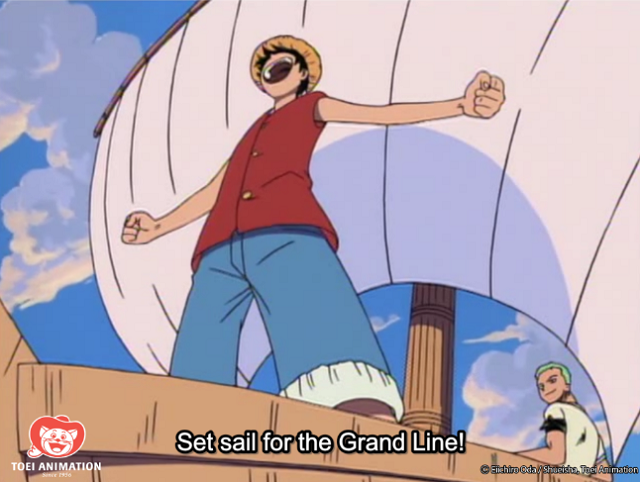 Where they started: As the Great Pirate Era kicked off, the rubbery pirate Monkey D. Luffy embarks on his ambitious dream of becoming the next Pirate King, following in the footsteps of Red-Haired Shanks, a renowned pirate in his own right. The first time we meet Luffy is when he emerges from a barrel stowing away on an enemy ship while trying to set sail himself. With little to his name but a simple boat and a tiny ragtag pirate crew, they each enter into a brave new world of untold dangers in order to fulfill their own dreams. Luffy met each of his crewmates in dire straits, but each of their ambitions led them toward each other to form something great. 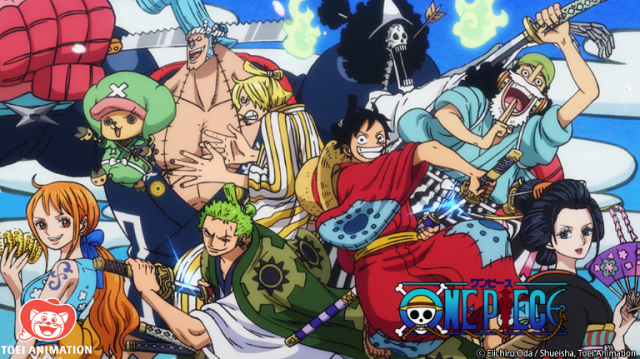 Where they are now: As of today, the Straw Hats' quest to find the One Piece and achieve their goals still rages on. But so much has changed since then. The ship is bigger, the crew is stronger, and their captain’s power over Haki and mastery over his rubbery body has propelled him and the Straw Hats to infamy. The bounty on Luffy’s head alone is one of the largest in the world, and wherever the crew goes, revolutions and overthrown dictatorships follow. Currently, they find themselves on the Feudal Japanese island of Wano. Having recently broken out of prison, Luffy is gathering up his splintered crew to face off against Kaido, one of the Four Pirate Emperors residing over the isolated nation as a tyrant. 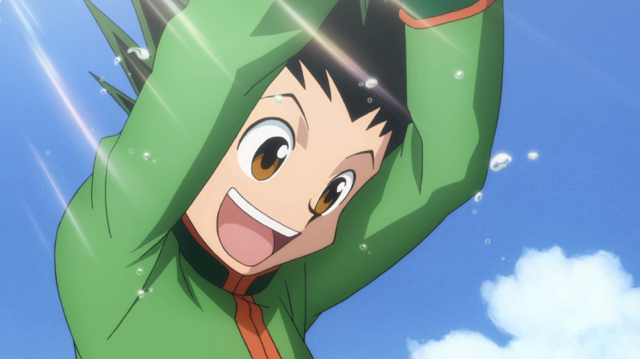 Where they started: As an aspiring Hunter, Gon is unlike many of his fellow applicants in the treacherous and life-threatening Hunter’s Exam. When he begins his journey, he doesn’t aspire to be a noble hero for hire or to acquire riches, but he simply seeks to understand how being a Hunter is so fascinating that his own father would leave him for it. Having grown up on an island, his physical prowess and senses are well above average, and the Hunter’s Exam was the perfect place to put them to the test.

Where they are now: As of the final episode of the anime, Gon was able to meet up with his father. By the time he finally caught up with Ging, he'd undergone rigorous Nen training and faced all sorts of arduous and terrible trials. From the Phantom Troupe to the game world of Greed Island and the horror of the Chimera Ants, Gon experienced what it was like to be a Hunter from several different perspectives. Having overcome severe hardships and strife, he was able to hear directly from his father what being a Hunter meant to him, and why he was willing to sacrifice so much in order to do it. 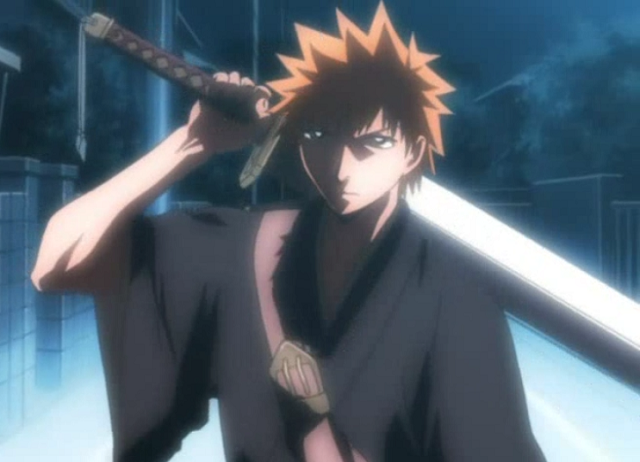 Where they started: An infamous high school delinquent, Ichigo was born with the power to see the ghosts that frequently haunt his town. When his strange ability allows him to encounter Soul Reaper Rukia Kuchiki, he learned of the existence of Hollows — malevolent spirits who attack the living and the dead alike. After Rukia was wounded defending Ichigo from one such monster, she transferred her powers over to him and made him into a Substitute Soul Reaper. Using his newfound and considerably immense power, he was charged with fighting Hollows in Rukia’s stead. 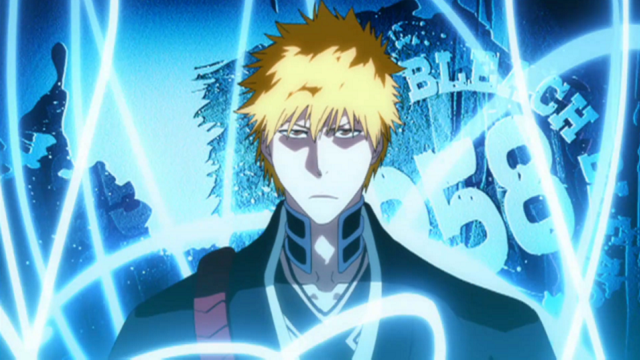 Where they are now: Ichigo’s reputation throughout Bleach stretches far and wide. He rescued Rukia from execution, uncovered Sosuke Aizen’s conspiracy, became a Vizard in order to defeat the Arrancars, and even went so far as to sacrifice all of his Soul Reaper abilities in order to defeat Aizen.

When last we left him, Ichigo took on Xcution, a group of human outcasts with the spiritual power of Fullbring. Through these newfound abilities, Ichigo regained his Soul Reaper powers and was able to continue his work as a Substitute Soul Reaper. With the final arc of the manga receiving an adaptation in the future, the true conclusion to Ichigo’s story is nearly in sight. In the meantime, the world of Bleach continues in its spiritual successor, Burn the Witch, further expanding the universe of Soul Society.

Whether they've achieved their dreams, are still going strong, or their adventures are neverending, there's no doubt that so much has changed about our favorite anime heroes! Some changes have been for the better while others have resulted in life-altering traumas. Nevertheless, they've each gotten stronger and wiser after all these years. We'll certainly never stop cheering for them!

Which classic anime are you still keeping up with? Are there any series you've always wanted to pick up? Let us know in the comments below!