Watch the creditless OP/ED and learn more about them! 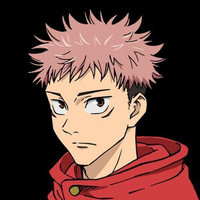 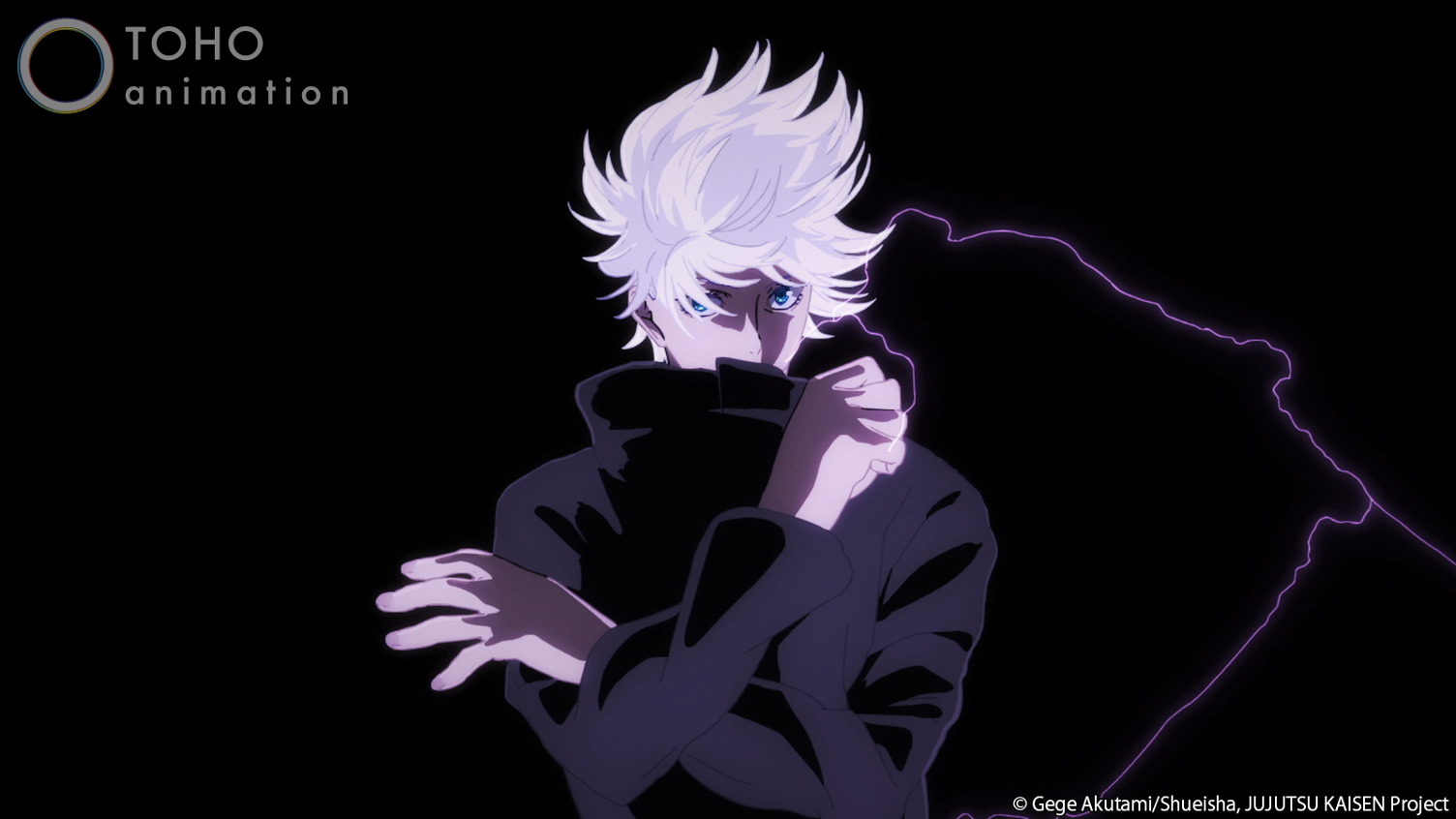 As JUJUTSU KAISEN returned from its winter break, the TV anime treated viewers to a brand new opening and ending, complete with brand new animation and more tremendous tracks to enjoy. Both were recently released creditless on the TOHO animation YouTube channel (embedded below) letting fans all around the world enjoy the sight and sound of JUJUTSU KAISEN whenever they want.

Let’s explore who created these two pieces of animation, as well as the meaning behind what we can see.

The second JUJUTSU KAISEN opening, animated to "VIVID VICE" by Who-ya Extended, is able to ground the series to everyday scenery, doing a complete 180 from the first opening which plays up the mystical elements of JUJUTSU KAISEN.

The team from the first opening return to animate the second — uncommon in TV anime series where the team changes each cour — with Shingo Yamashita returning as the director and storyboarder, bringing his signature style back to JUJUTSU KAISEN. His keen eye for detail and camerawork helps sell the grounded elements in the opening.

The sweeping camera and muted, but still bright, colors grounds JUJUSTU KAISEN’s reality into our own. Every cut of animation in the opening is lit up with such wonderful precision only capable by Yamashita, particularly the way the sun bounces off the buildings reminds me of Tokyo during a wet summer sunset. 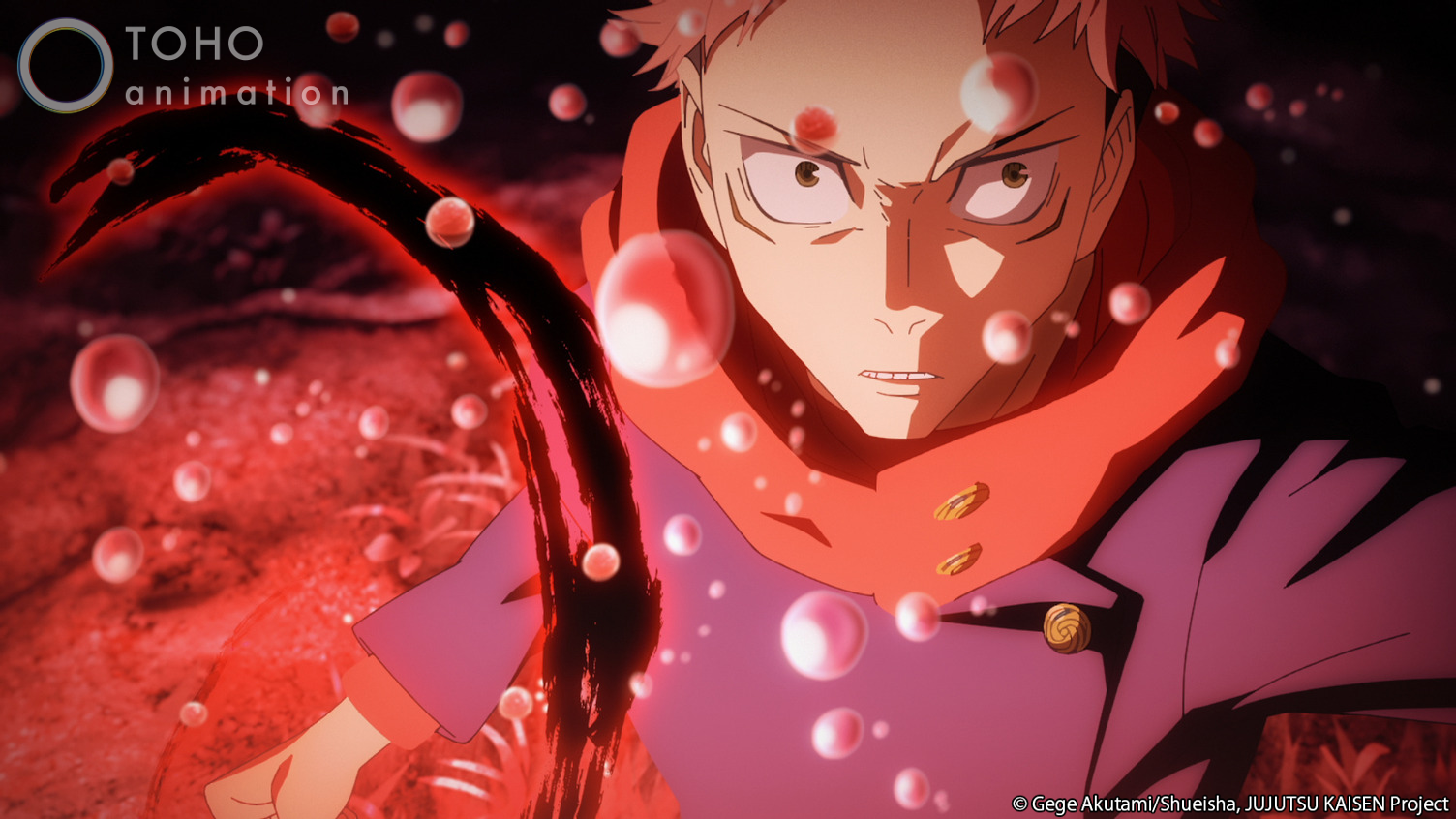 Those colors are once again thanks to ex-Ghibli staffer Eiko Matsushima, who returns from the first ending of JUJUTSU KAISEN. Somehow Matsushima is able to work with the animation style set by series animation director Tadashi Hiramatsu and put her own touch to it and elevate it beyond that seen in the show.

The new ending, animated to “give it back" by Cö shu Nie, tells a much different tale than the first one, letting the audience see the students from Tokyo Prefectural Jujutsu High School living their lives as teenagers and showing Itadori feeling like an outsider to the rest of them, mirroring his comeback to the squad.

While this ending might feel like a departure from other Ryohei Takeshita (Eromanga Sensei OP/ED,
Wotakoi: Love Is Hard for Otaku ED) directed/storyboarded opening and endings, Takeshita can very much grasp the material he’s working on and reflect the mood of the main character in his work. 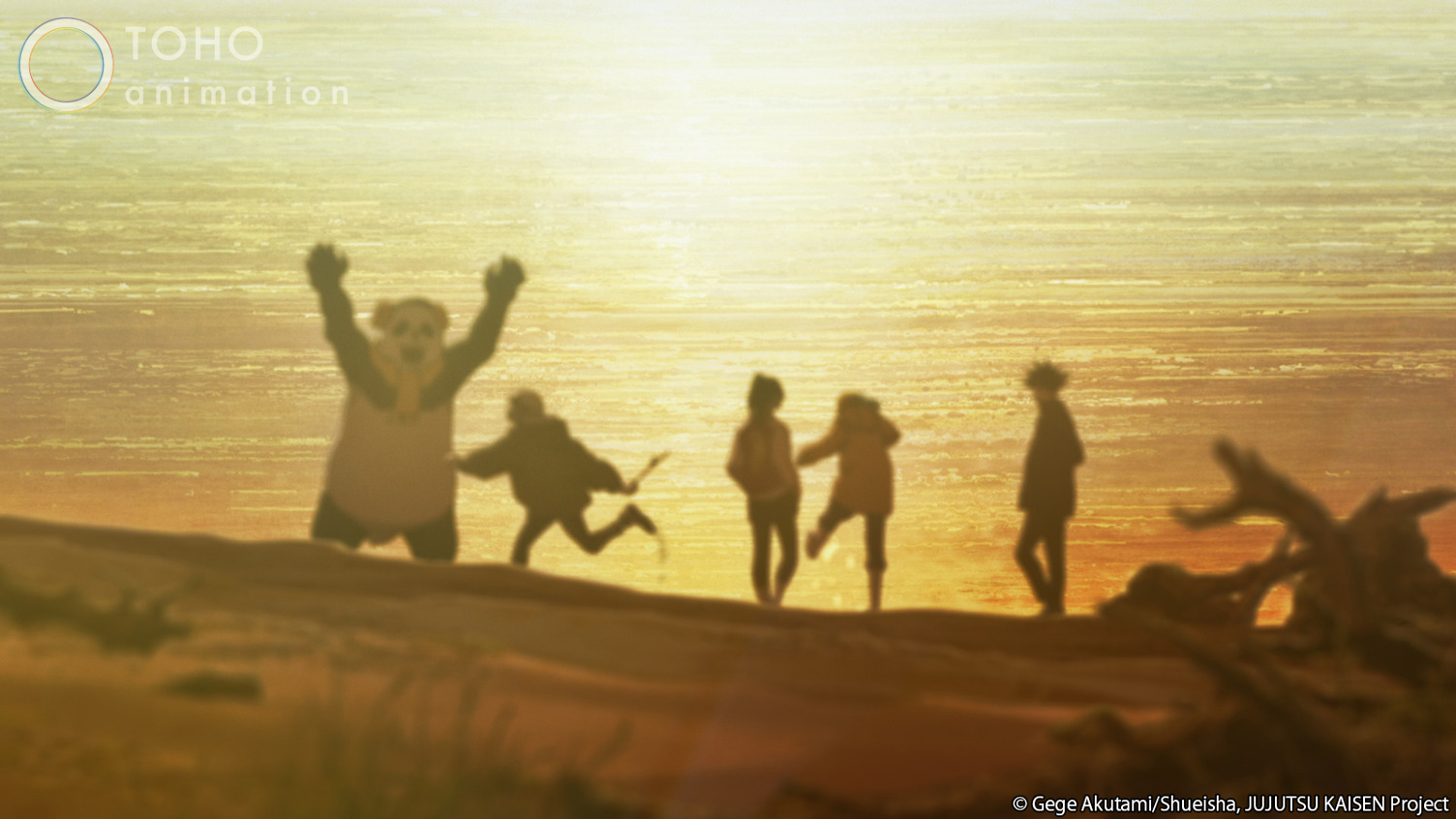 One thing that I absolutely love in anime opening and endings right now is animation replicating how real-life young people see the world they live in. As Yuji uses his smartphone to film, it humanizes the other students around him. Luckily at the drop of the music, the ending shows the rest of the group accepting him for who he is!

Eiko Matsushima once again shows off her skills, this time designating how the colors should look. Having Matsushima work on both the opening and ending gives a sense of cohesiveness to both, but also is nice because she’s really freakin’ good at what she does. Takeshita may have storyboarded the smartphone-like filters and the framing, but Matsushima really made the ending shine.

What did you all think of the second opening and ending to JUJUTSU KAISEN? Let us know down in the comments below!