FEATURE: Crunchyroll Staff Talk About Their Love For Pokémon

Crunchyroll LOVES Pokémon! Let us tell you why! 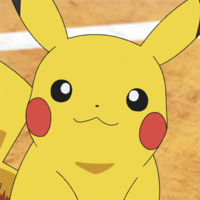 Today is February 27th, which means that it's been twenty-five years since the release of Red & Green, the set of games that marked the debut of Pocket Monsters. Since then, the franchise has grown to almost unimaginable proportions and honestly, I can't really imagine my life without it. I remember receiving a purple Game Boy Color and Red Version as a gift, and being so caught up in excitement that I literally lost control of some of my bodily functions. I'm serious. I named my Charmander "Fzzzz." I can't explain why. "Fzzzz" is just what my helpless thumbs typed onto the little screen and then, for hundreds of hours, Fzzzz, my growing team of monster pals and I explored everything that Kanto had to offer. It was a great journey. By the way, I miss ya, Fzzzz, where ever you are. Sorry about Rock Tunnel. 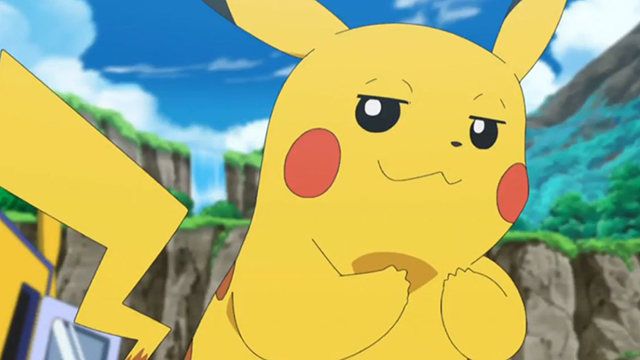 But anyway, to celebrate the occasion, I decided to ask some of the people that I work with about their first Pokémon memories:

Pokémon’s been part of my life since 1998! Pokémon will always mean the world to me because it grew up with me be it learning how to read at 4 with Red, questioning all moral ambiguity at 16 with Black, or making the two hour commute to my first job bearable at 22 with GO. Here’s to someday making my future kids go to bed with Pokémon Sleep! (WHERE IS IT TPCI??)

The MissingNo glitch in Pokémon Red placed in my 8-year-old hands a level of power no mortal should possess. A god unchecked, I carved my kingdom from a throne of unlimited rare candies, and with every irresponsible creation of yet another lv. 100 Dragonite I forged a piece of my soul. Thank you, Pokémon, for giving myself and every other child who grew up in extreme poverty a better world to evolve in.

“Dad, what does this say?” a younger, more innocent version of me asked many generations ago every time I pulled up a menu in Pokémon Red. This game not only captured my imagination, but it made me determined to learn how to read so I could play on my own and fully experience this amazing world. As a result, I was amongst the students with the highest reading & writing comprehension in my grade and I credit that almost entirely to this franchise (that credibility may have faded as I am currently contemplating whether I should be using “among” or “amongst”.) From competing in Pokémon TCG tournaments as a kid with my mom, to syncing Pokéwalkers with classmates in high school, and sharing VGC strategies with my little brother every time I visit home, I cannot imagine my childhood, or adulthood, without Pokémon.

I have a distinct memory of visiting family in Utah shortly after the original games launched on Game Boy in the states. I was 17 (I know, I’m old) and my parents went out to eat with my aunt and uncle. I, however, being the brain genius that I am, convinced them to let me stay in that night and I pummelled my way through the Elite Four with ease. I was way overleveled. My game of choice was Pokémon Red. I had all the KFC beanie babies or whatever they were (still do!). I watched the cartoon every day. I cannot stress enough that I was about a year away from graduating high school at the time. I wouldn’t do so until I caught them all.

When Pokémon arrived in Spain I swore to myself that I would not get carried away by that craze and I believed that I would not like it. And with Pokémon: Red Edition and Pokémon: Blue Edition I did it, I kept playing other things and I was able to stay out of it. But Pokémon was everywhere, and when Pokémon: Yellow Edition came around I couldn't resist, so I bought it and invested hundreds of hours in it (really, hundreds of hours). With Pokémon Gold and Silver, I consolidated my love for those games, which clearly connected with my existing fondness for RPGs. In 2021 I'm not the biggest Pokémon fan in the world, I don't play at a competitive level, but every new classic style game that is announced makes me excited. I won't become the best trainer, but I certainly learned to enjoy Pokémon over 20 years ago and still do.

Pokémon gave me the courage to believe in myself and my choices — and we all know choosing your first starter Pokémon is one of the biggest decisions we could ever make. (For me as a second-grader with a Game Boy Color Kiwi, it was Pokémon Red and my first loyal companion, Charmander.) The beautiful part is that with every choice, there was no wrong choice: We all were “masters” of our own destiny and each decision led to a wondrous adventure, and with lots of training, teamwork, and heart, we all could be the very best that no one ever was. (On the series, don’t even get me started on how the scene of Ash saving Pikachu from a flock of Spearow wrecked me, and taught me so much about loyal, sacrificial friendship — no matter the obstacle!)

Pokemon Crystal. I remember it so fondly. My mom helped me put my name into the game because I was upset that there was a 7 character limit for names for that generation and “Jonathan” was just a tad bit long. But after that small upset, it was honestly the start of an amazing journey. Almost every new release ends up in my hands and I play it for hours on end. My favorite release was probably Heartgold and Soulsilver because of the Pokewalker. Running the mile in middle school with my Pokemon at my side? That was the future. More recently, I’ve gotten into playing the card game and even went to regionals with my friends (as a spectator but one day I’ll hit the tables as a competitor!) Pokemon has left such a huge impression in my life and I don’t expect that to change any time soon.

When the Pokemon anime first came out and got super popular with the US audience, like so many others, I felt like it was made for me. I loved watching Ash take care of his Pokemon like his own little family he got to travel and go on adventures with. I was SO excited when I found out that actually, it’s a video game, and you can play it and raise your own Pokemon and go on adventures with them too! I saved up my allowance to get myself a Gameboy Color and Pokemon Red and spent countless hours building my team and constantly feeling guilty that anyone had to be left in the computer box (Thank you to Sun/Moon for giving them their own island). One of the greatest things about Pokemon is that there’s no wrong way to be a trainer--there are so many different kinds. Some people like Pokemon Contests, some people like hanging out with their Pokemon in Pokemon Amie and similar modes, some people legitimately want to be the very best like no one ever was. There’s room for everybody, and all of those things are valid and important. Also, one time I paid for a Squirtle C-watch at my local Toys R Us almost entirely in pennies, and then I of course lost the watch.

What is your first Pokémon memory? Let me know in the comments!