FEATURE: A Wicked Guide to all the Witches in Re:Zero

Do you remember all of their powers? 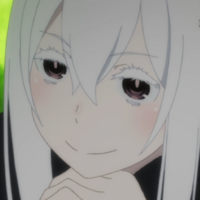 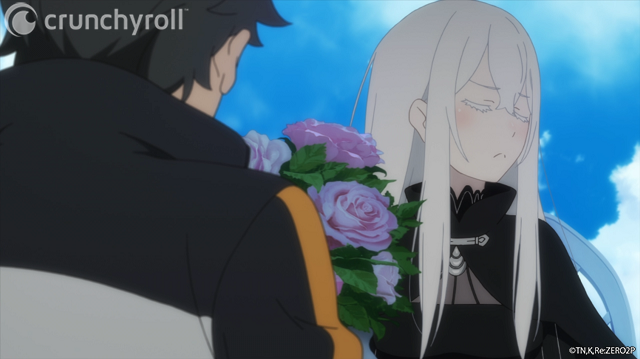 Throughout Re:ZERO -Starting Life in Another World-, the threat of Satella, the Witch of Envy, has loomed over everything our protagonists do. From the Witch Cult that worships her to people demonizing Emilia for looking like her, it has been clear she wields power that is so frightening it influences everything in the world — even when she is not there. However, this season we were introduced to even more Witches, completing the cycle of seven deadly sins, and although they technically died about 400 years ago, Subaru has witnessed first-hand how powerful they are.

Let’s go over each of the Witches we’ve met and get a refresher on what kinds of powers each of them has displayed so far. 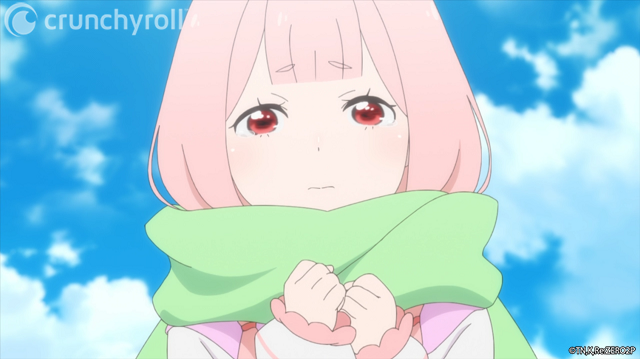 The Witch of Lust, Carmilla doesn’t look physically intimidating; she is polite and timid when she meets Subaru. However, she is seemingly able to emotionally manipulate people by impersonating those they love, shown when she almost tricked Subaru into believing she was Rem during the second trial. She also has an ability called “Faceless Bride” that can cause people in her vicinity to forget how to breathe without even being aware that they are dying. Her abilities may not all be negative, though, as she also uses her Authority to help Subaru realize the love others have for him. 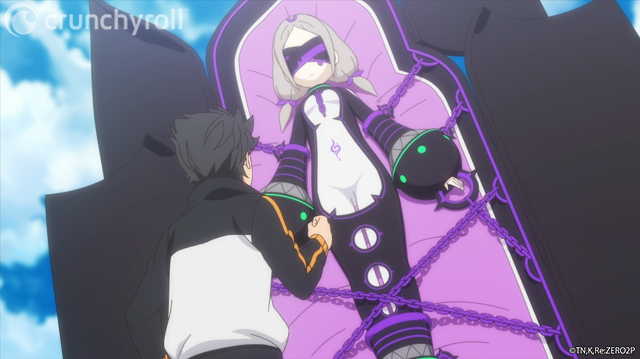 Subaru can attribute many of his problems thus far to the enigmatic casket girl Daphne, the Witch of Gluttony. After all, she is the creator of the Mabeasts, the various monsters that have caused trouble throughout the world of Re:ZERO. Most notably, she personally made the Three Great Mabeasts — the White Whale, Great Rabbit, and Black Serpent. That may end up helping Subaru out in the long run, however; as their creator, she also knows their weaknesses, and has already given Subaru a hint as to how to defeat the seemingly infinite and unstoppable Great Rabbit. While we haven’t seen Daphne use it herself, the Authority of Gluttony was infamously used by Sin Archbishop Lye Batenkaitos to “eat” Rem’s name, causing all but Subaru to forget she even existed.

Everyone’s favorite Witch of Greed in search of immortality, Echidna may be a prominent force in Subaru and Emilia’s life right now, but we haven’t actually seen her use her powers much yet. We do know she presides over the Trials and seems to keep the souls of the other deceased Witches with her. However, we’ve seen what her Authority can do somewhat indirectly. The Authority of Greed seems to have time-manipulating powers, which the Sin Archbishop Regulus Corneas has been seen using to move objects and attack others like Pandora and Petelgeuse, as well as defensively to block blows in his battle against Crusch. 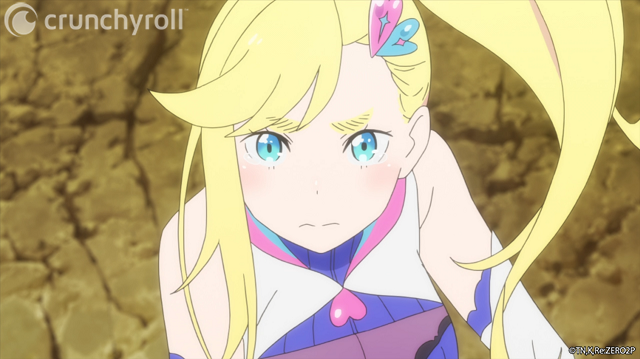 The hot-blooded Witch of Wrath with a heart of gold, Minerva seems to be physically strong, making big superhero-style entrances and causing destruction wherever she lands. Contrary to that first impression, though, her powers seem to be of the healing variety — she uses her punches to put Subaru back together after Typhon removes his arm and causes his body to fall apart. Other than that, we haven’t met anyone who uses her Authority in the real world yet, so while she is surely threatening, the true extent of her powers has yet to be revealed. 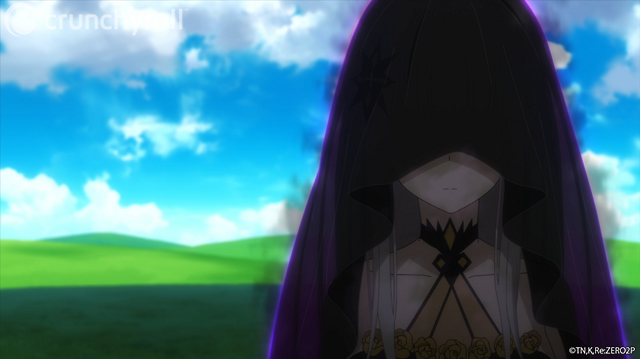 The most infamous Witch of all, Satella controls the Authority of Envy, but despite her reputation amongst the cast of Re:ZERO, little is known about her powers. We can infer some things, though. She seems to have some control over time, as she is the one who granted Subaru Return by Death. She is also capable of controlling Subaru’s actions to some extent, stopping him whenever he attempts to talk about Return by Death. In battle, she can manipulate shadows and use them to attack her enemies, such as when she incapacitated Garfiel in one of Subaru’s recent failed loops. We’ve yet to meet an Archbishop who uses her Authority to get a better idea of her skills. 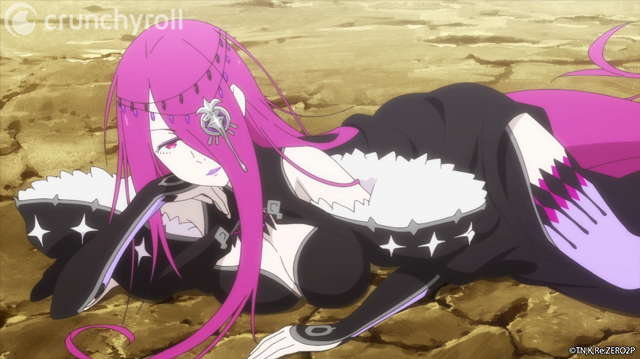 Sekhmet — the Witch of Sloth — lives up to her title. In the time we’ve spent with her so far, she has hardly lifted a finger, let alone taken the time to stand up. That hasn’t stopped her from displaying some intense power, though; she is somehow able to almost crush Subaru without even moving. Attacking from far away seems to be her Authority’s gimmick, in fact. We’ve seen Petelguese, who we recently saw inherit her Authority in Emilia’s Trial, use his “Unseen Hand” ability, which takes the form of hands that Petelguese can maneuver to attack his opponents. Subaru has used a similar ability, which he calls “Invisible Providence,” that also seems to take the form of a hand, though his version seems much weaker, only materializing as one hand at a time thus far.

Last but not least is Typhon, the small but deadly Witch of Pride. Typhon’s powers are more abstract than those of the other Witches, in concept, but their consequences are no less destructive. When she meets Subaru, she removes one of his arms without him even noticing, noting that since he felt no pain he must not be guilty of any grave sins. Soon after, she caused Subaru’s entire body — and later, Minerva’s arm — to shatter into pieces, which she explains happens because he feels guilt. Note that this seems to be different from actual guilt; Typhon is surprised he shattered, because as far as she can tell he’s “not a bad guy.” While this isn’t explicitly explained, it seems clear that her powers are based on some kind of judgment, both for sins her target has actually committed and ones they feel responsible for, even if they actually aren’t. Unfortunately, the person capable of wielding her Authority has yet to appear in the story, so that is all we have to go on, but it seems like the most unique power of them all. 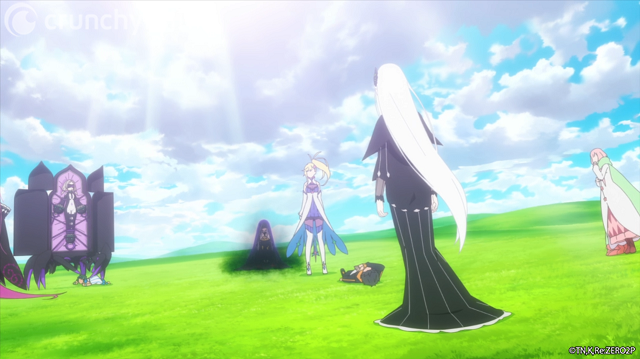 And there we have it, every Witch in Re:ZERO, as well as what we know about their powers thus far. The world of Re:ZERO -Starting Life in Another World- is vast and complex, and as more mysteries are revealed, the more questions we have to think about. Hopefully, this refresher has helped put these complex characters into perspective as we head into the Season 2 finale.

Which Witch has the coolest powers? Let us know in the comments below!