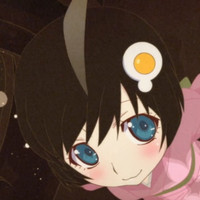 Hello everyone, and welcome back to Why It Works. You all ready for the spring anime season? I know I’m certainly ready to shake off the winter snow and settle in for some new productions — and among those productions, I’ve got a few in particular that seem right up my alley. Along with obvious sequels like My Hero Academia and MEGALOBOX, I’ve also got my eye on the cheekily titled Pretty Boy Detective Club. To tell you the truth, I couldn’t tell you the first thing about Detective Club itself — but I have learned an awful lot about its author, Nisio Isin. 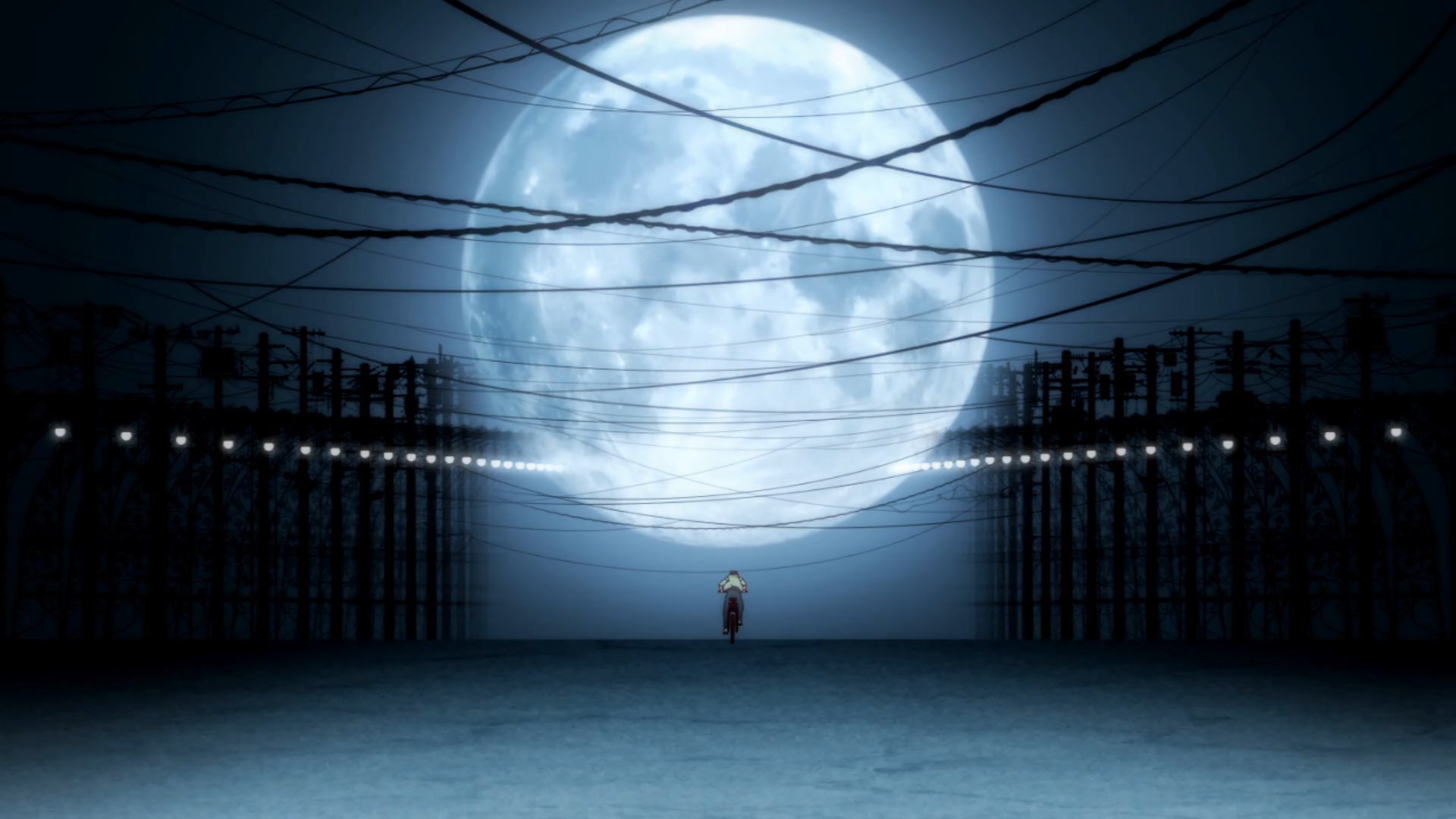 Nisio Isin’s writing was actually one of the first things that really captivated me about anime when I was getting back into the medium a decade ago. In a medium that’s generally defined by its visual storytelling, Isin’s works offered a lyricism of prose, complexity of characterization, and ambition of thematic intent that really stood out to me. As someone whose journey through art started in traditional prose fiction, Isin’s work embodied what I love about novels as a medium, even while transposed into animation. He’s one of my favorite writers in the medium, and today I’d like to look back across his adapted properties and pin down what makes him so special!

Bakemonogatari was my first experience with Nisio Isin’s writing, and it frankly wasn’t the easiest watch. Bakemonogatari is challenging in a variety of ways — its protagonist seesaws between pathetic and perverted, its narratives frequently pause for an episode or two of circular banter, and its cinematography acts as a deliberate counterpoint to its dialogue, building meaning through the distance between its visual and textual content. But eventually, all of these investment speed bumps ended up revealing themselves as key facets of the show’s overall ambition. 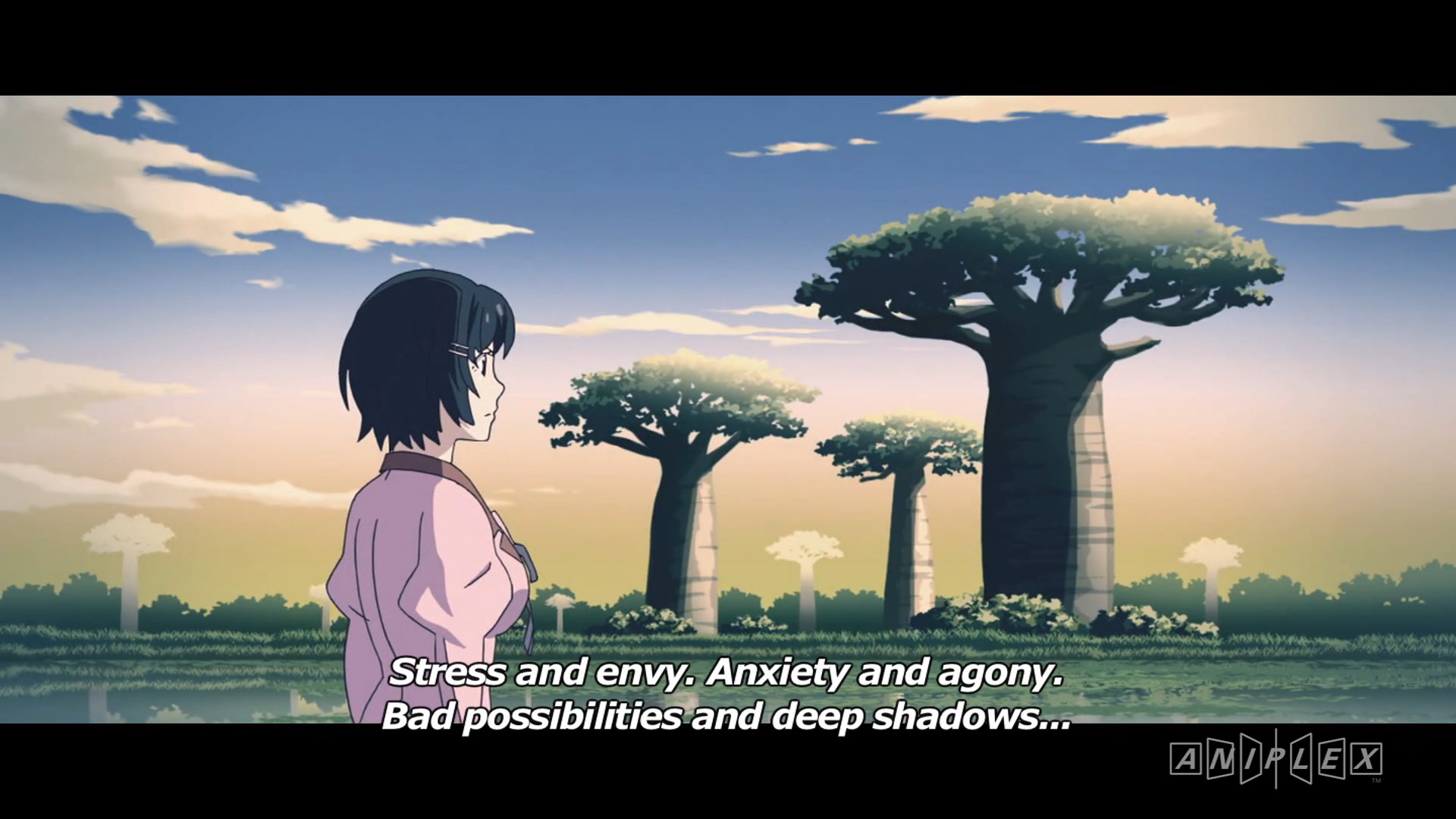 Bakemonogatari dives deep into the ugliness of abuse, self-hatred, and depression, offering complexity and specificity of characterization like little else in the medium. The show consistently demonstrates characters at their weakest and worst, if only to emphatically declare that even the most broken among us are capable of joy and redemption. The vivid scars of Bakemonogatari’s characters, and the way Nisio Isin was able to extrapolate such rich psychologies and relationships from those scars, simply astounded me. Seemingly idle conversations would be built on massive hidden icebergs of emotional subtext, offering a feast for any fan of psychological dramas. And the show actually improves significantly over time, building up to the wild emotional crescendos of the second season and onward.

After being so impressed by the psychological and thematic richness of Bakemonogatari, I dove right back into Isin’s other then-recent adaptation: the 12 double-length episodes of Katanagatari. Katanagatari’s 12 episodes match up to the 12 months of the year and center on a warrior and strategist who are attempting to collect, you guessed it, 12 special swords. But Katanagatari’s structural congruity extends much further than that — in fact, I’d consider it one of the most “perfect” anime I’ve ever seen, in terms of its structural and thematic elegance. 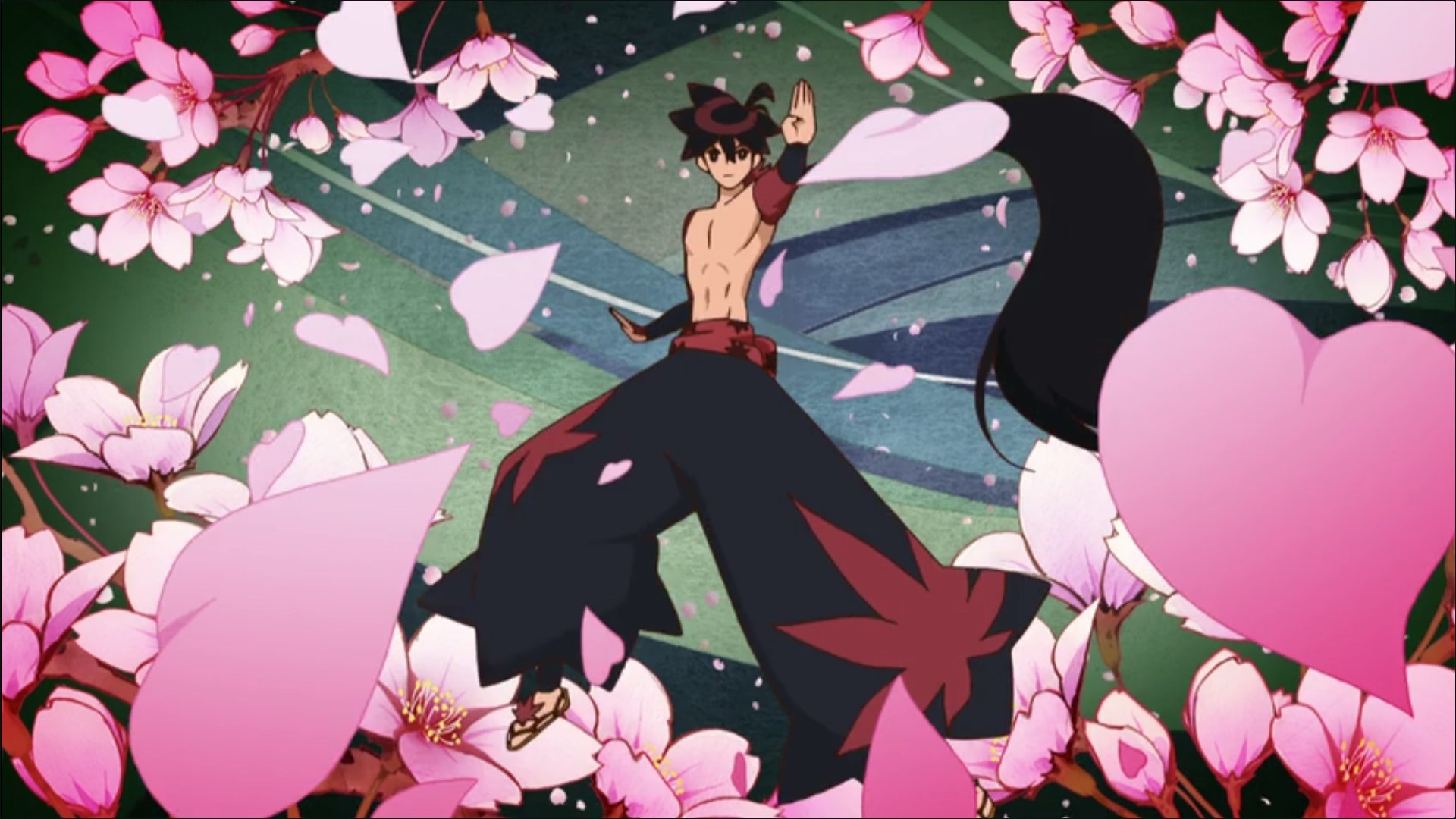 Through its 12 episodes, Katanagatari charts a fantastical course through the end of the age of samurai, as the old weapons and older grudges of a past era make way for the relative peace of the new. Shichika, a man raised as a sword, must ally with Togame, a vengeance-driven strategist, in order to collect the heroic blades of the past age. Across their journey, Shichika offers a vivid portrait of an old soldier attempting to grow beyond his nature, while Togame simultaneously demonstrates the tragedy of clinging to the past. Meanwhile, the world around them turns in perfect unison with their growth, exploring the power of legacy and cruelty of time’s arrow across every conflict and character. Katanagatari possesses a holism of thematic intent like little art I’ve seen, and emphatically demonstrates Isin’s unique talent for making every aspect of a narrative reflect on every other aspect. It’s like a flawless little diamond, with each facet echoing the beauty of the others.

My praise so far might imply that Nisio Isin’s properties are more intellectual labor than entertainment, and to be honest, you wouldn’t be entirely off the mark. Fortunately, we’ve also received adaptations of some of his lighter works — like Juni Taisen, which is mostly just a bloody, boisterous good time. Even in the context of a zodiac-themed battle royale, Isin’s mastery of structure and character helps enliven the production and bring some finesse to the popcorn drama executions. You can bring intelligence, style, and ambition to even the most maligned genres, as Bakemonogatari’s “harem as treatise on youth alienation” concept attests. In JUNI TAISEN: ZODIAC WAR, he builds sympathetic characters in just a brief aside or two, only to have them killed off by a machete-wielding maniac in a bunny suit thong. 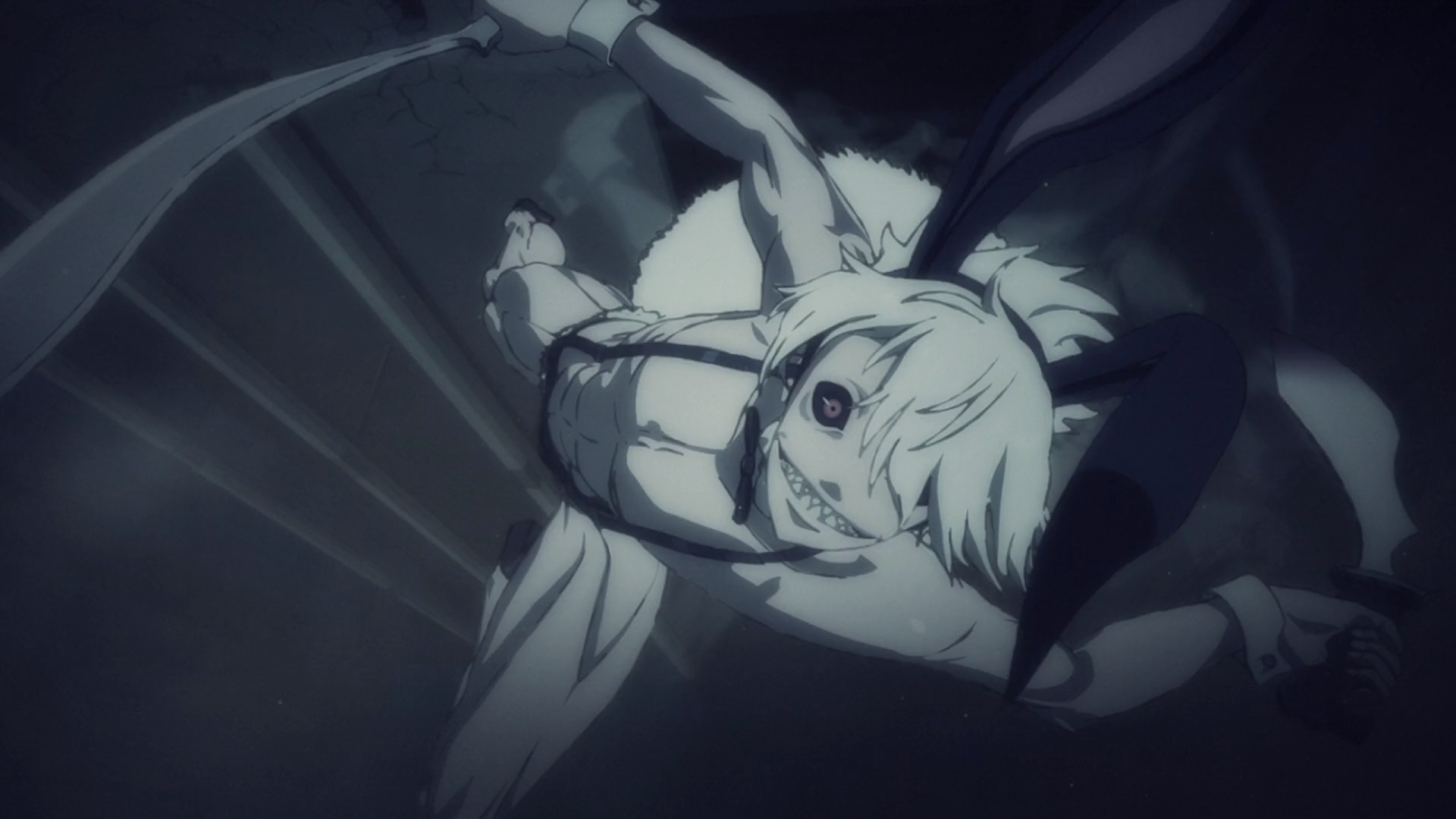 I’ve talked plenty about how Isin’s writing elevates the adaptations of his work — how his dialogue and characterization are best in class, meaning at least the scripts of all his shows are bound to be excellent. That said, his stories aren’t simply repositories of witty dialogue. Isin’s works are wordy and self-reflective, but all of that prose is ultimately working to capture a precise, resonant human sentiment. As such, his works can also simply serve as a fertile canvas of adaptation, even if you’re disposing of his line-by-line internal monologue. Great adapters are willing to make dramatic changes to works in order to adapt their fundamental spirit into the tools of a very different medium. And so it goes for Kizumonogatari, perhaps the greatest adaptation of any of Isin’s writing.

In Kizumonogatari, director Tatsuya Oishi worked with an absurdly talented team for years, in order to create a mixed CG/traditionally animated aesthetic that perfectly evokes the original text’s alienating emotional landscape. Oishi and his team took a story largely reliant on internal monologue and stripped out the internal voice entirely, recreating its effect through purely visual and aural means. That’s not to say the original text was wrong to include these monologues — rather, that the original’s prose successfully captured a specific mind space, and that Oishi’s brilliant collaborators were able to fully translate that mind space into an intense visual experience. Even if you strip the dialogue entirely, Isin’s writing offers a unique canvas for other talented creators to flourish. 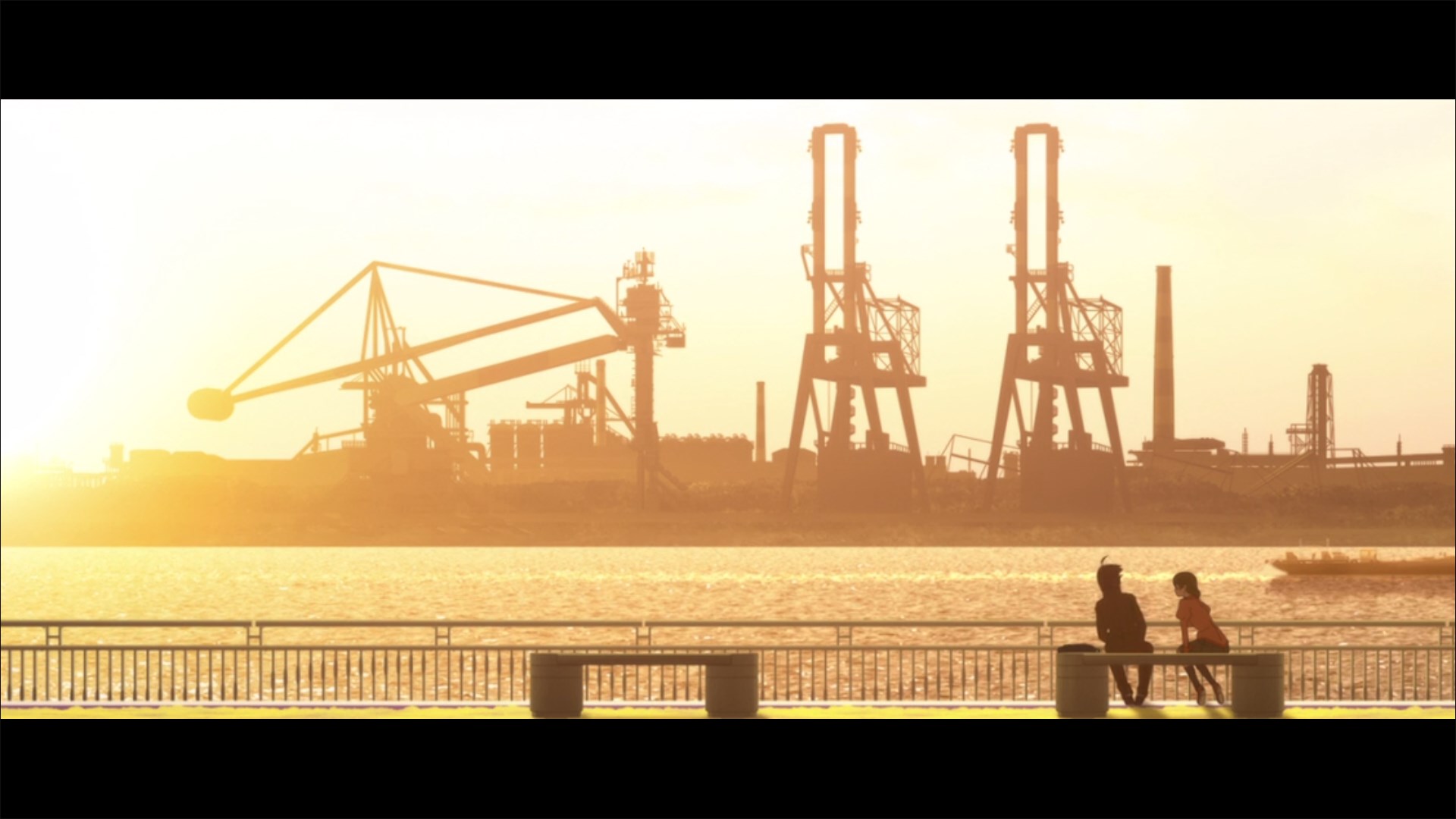 For all of these reasons and more, Nisio Isin is my favorite writer working in the anime sphere. I’ve found at least something to enjoy in basically all of his works, and given how fundamental his poetic, character-rich scripting is to his works, I can’t imagine that’ll change anytime soon.

I hope you’ve enjoyed this exploration of Isin’s work, and let me know your own favorite Isin shows in the comments!