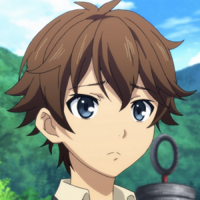 The roads anime fans travel can be bumpy ones, with many twists and turns and far too many series to choose from without a little assistance along the way. Let us be your helpful tour guides, because “Cruising the Crunchy-Catalog” is all about providing extra info and cultural context to connect fans to the sorts of shows they may have missed the first time around.

This week we're in a traveling state of mind so we're journeying back to 2016 to revisit a show that's celebrating its fifth anniversary this spring, so please join us as we cruise on down the lane on a trip to The Lost Village. 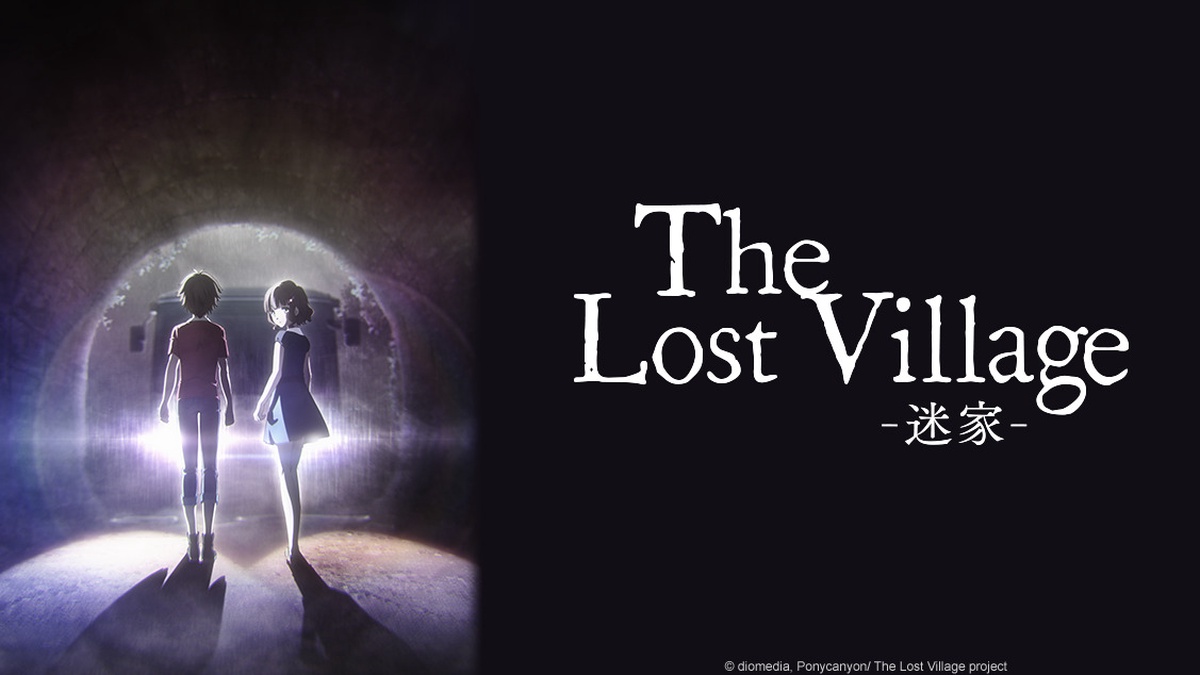 Known as Mayoiga in Japan, The Lost Village is a 2016 original TV anime with direction by Tsutomu Mizushima (Another, GIRLS und PANZER), series composition by Mari Okada (KIZNAIVER, O Maidens in Your Savage Season), and animation production by Diomedéa. Crunchyroll describes the story of the series as follows:

30 young men and women who came together on a shady bus tour. The tour's destination: an illusive, possibly nonexistent village called Nanakimura. In Nanakimura, one can lead a utopian existence, free of the world's obstacles … or so it was rumored, like an urban legend. "In despair over the real world ... wanting to escape the tedious daily life … wanting to restart your life from scratch…" The bus headed deep into the mountains, carrying 30 people each harboring their own expectations and wounds in their hearts…

What happens when a director with a penchant for both horror and comedy and a writer with a taste for trauma team up to tell a mystery-box-style story of supernatural suspense? The answer may surprise you. 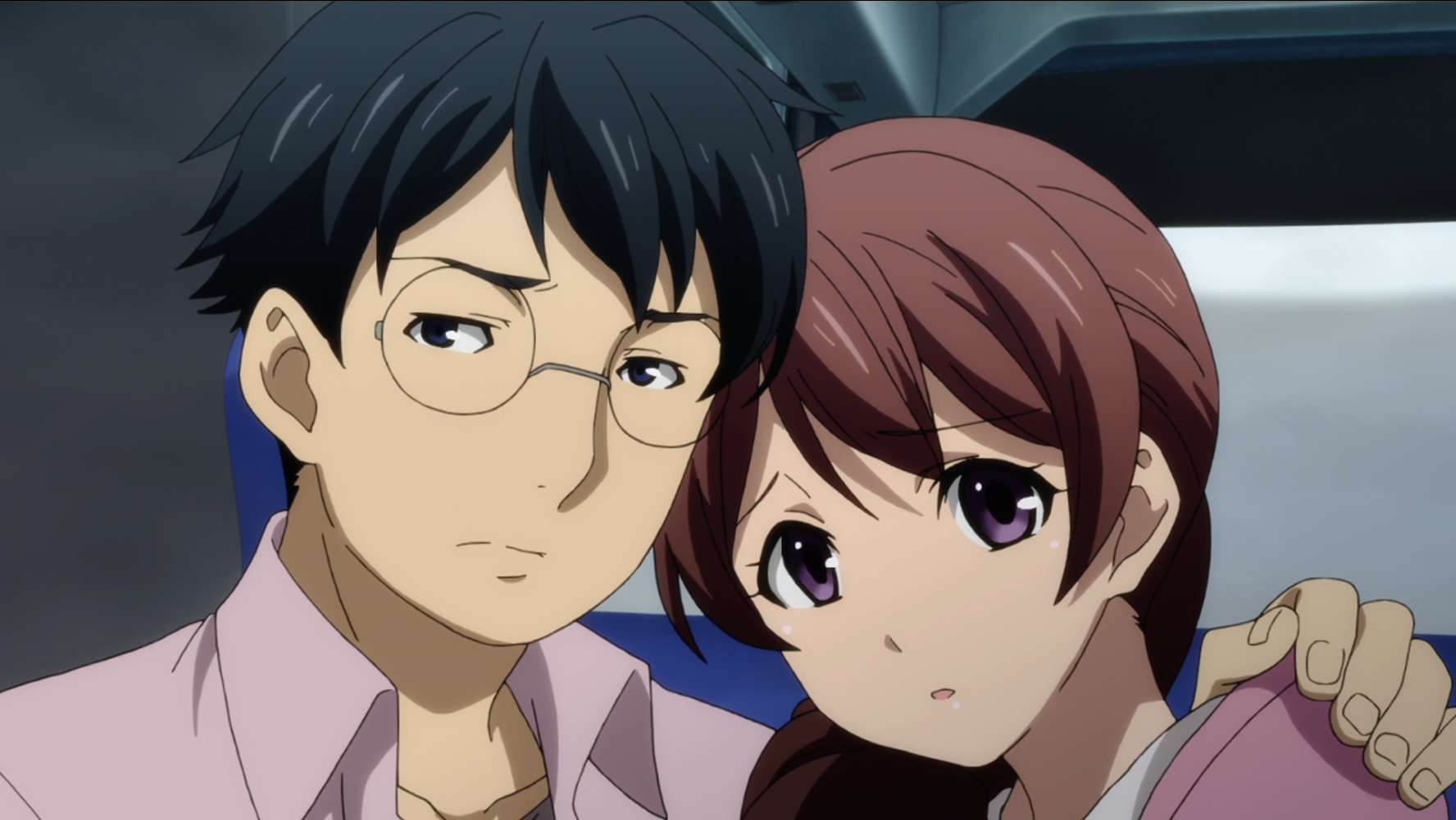 In The Lost Village, Mizushima and Okada use two very real Japanese social issues to add weight to the story's premise: the disappearance of people — known as jouhatsu, meaning “evaporation” — and the abandonment of rural towns.

Every year, tens of thousands of people go missing from their daily lives, abandoning jobs, friends, and family in an effort to break from their present circumstances. Similarly, as the country's population ages and more and more young people flock to urban areas in search of work, rural towns in Japan continue to dwindle, slowly transforming some areas into ghost towns.

Both of these real-life phenomena serve as fertile ground for psychological horror as Mizushima and Okada probe into the characters' backgrounds and explore what traumas have encouraged them to try to leave their old lives behind and form a new community with a bunch of strangers whom they met on the internet. 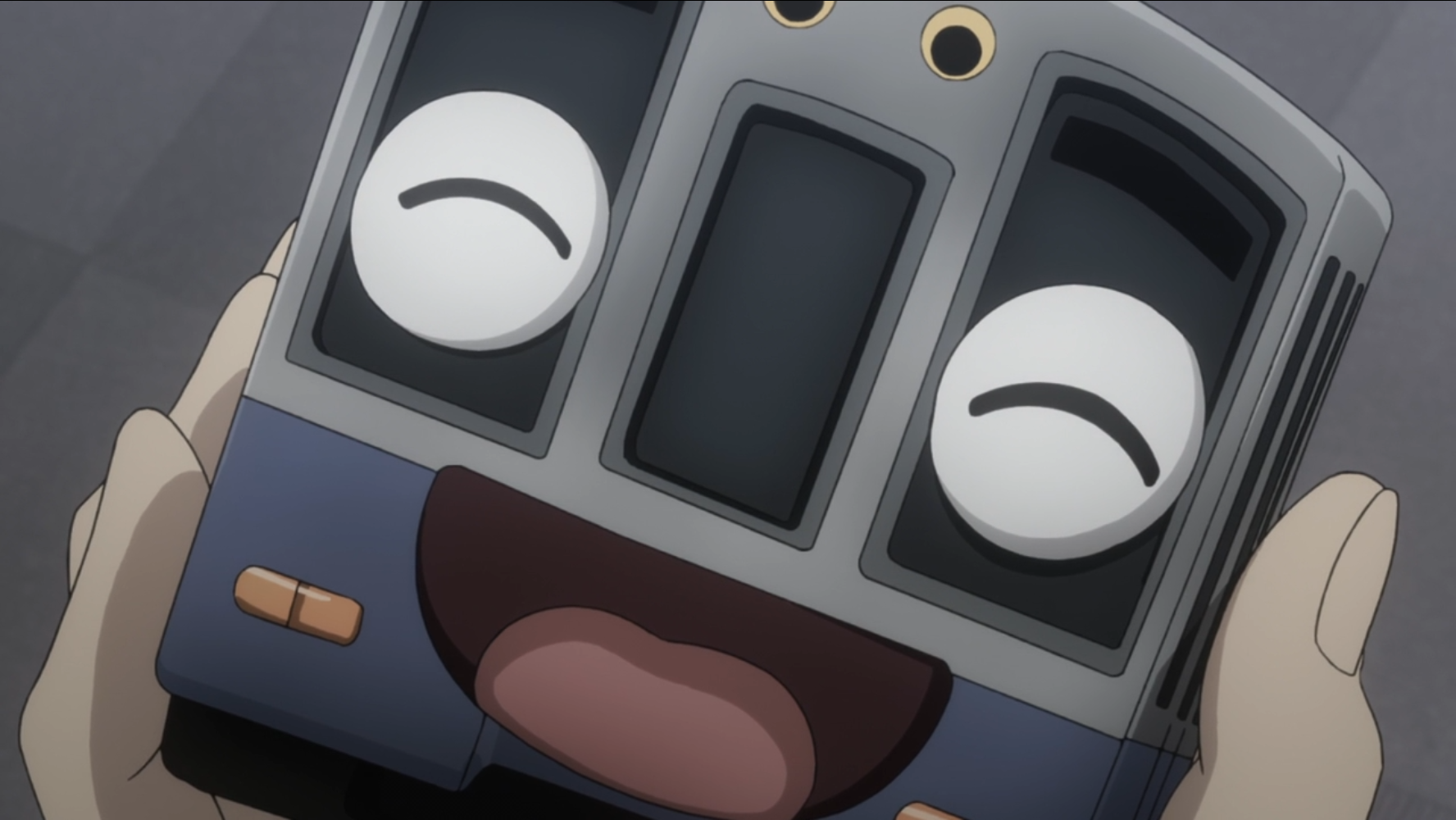 When done well, horror and humor go together like chocolate and peanut butter, and The Lost Village has a distinctly off-kilter, irreverent sense of the comedic. The series specializes in absurdity and exaggeration, where the set-up and the punchline sometimes rely on the sheer ridiculousness of the situation.

Director Tsutomi Mizushima has made a name for himself with his sharp sense of comic timing, and The Lost Village demonstrates his penchant for punishing puns and snappy word-play. There's also a dense sense of comedic economy, as the show circles back to pay off gags that initially seemed like throwaway jokes over and over again. 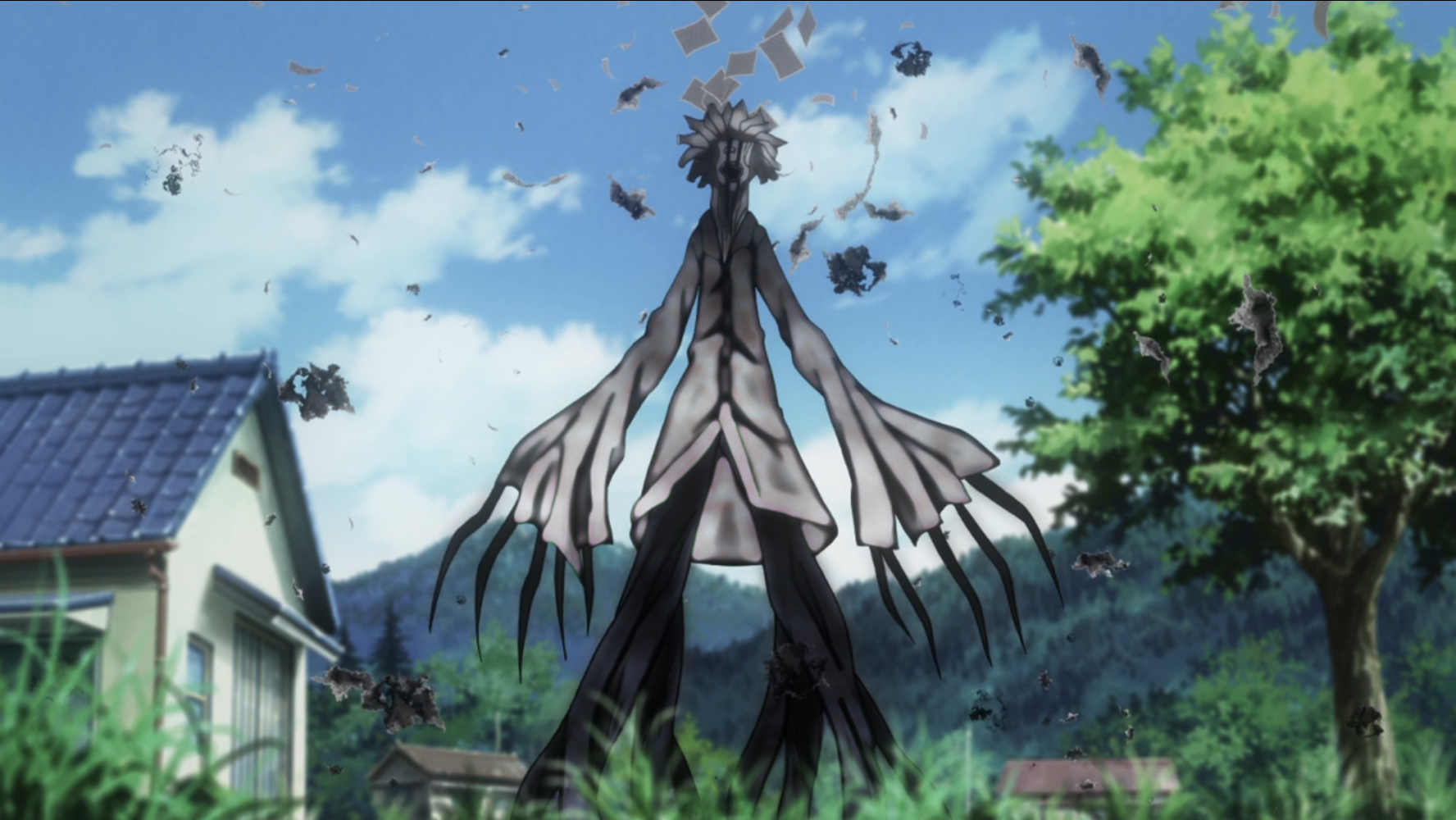 For all its humor, The Lost Village also treats its darker subject matters with great seriousness, such that the tone of the show can whiplash wildly. One moment the audience is laughing at a clever joke, the next they're being treated to a treatise on people surviving abusive relationships.

Screenwriter Mari Okada likes to dig deep into rough, complicated emotional territories in her stories and The Lost Village is no exception to this trend. The show explores concepts such as child abuse, neglect, scapegoating, bullying, power harassment on the job, and many other unpleasant aspects of the human condition, so viewers take heed: It's not all fun, games, and songs about unlucky hippopotamuses. 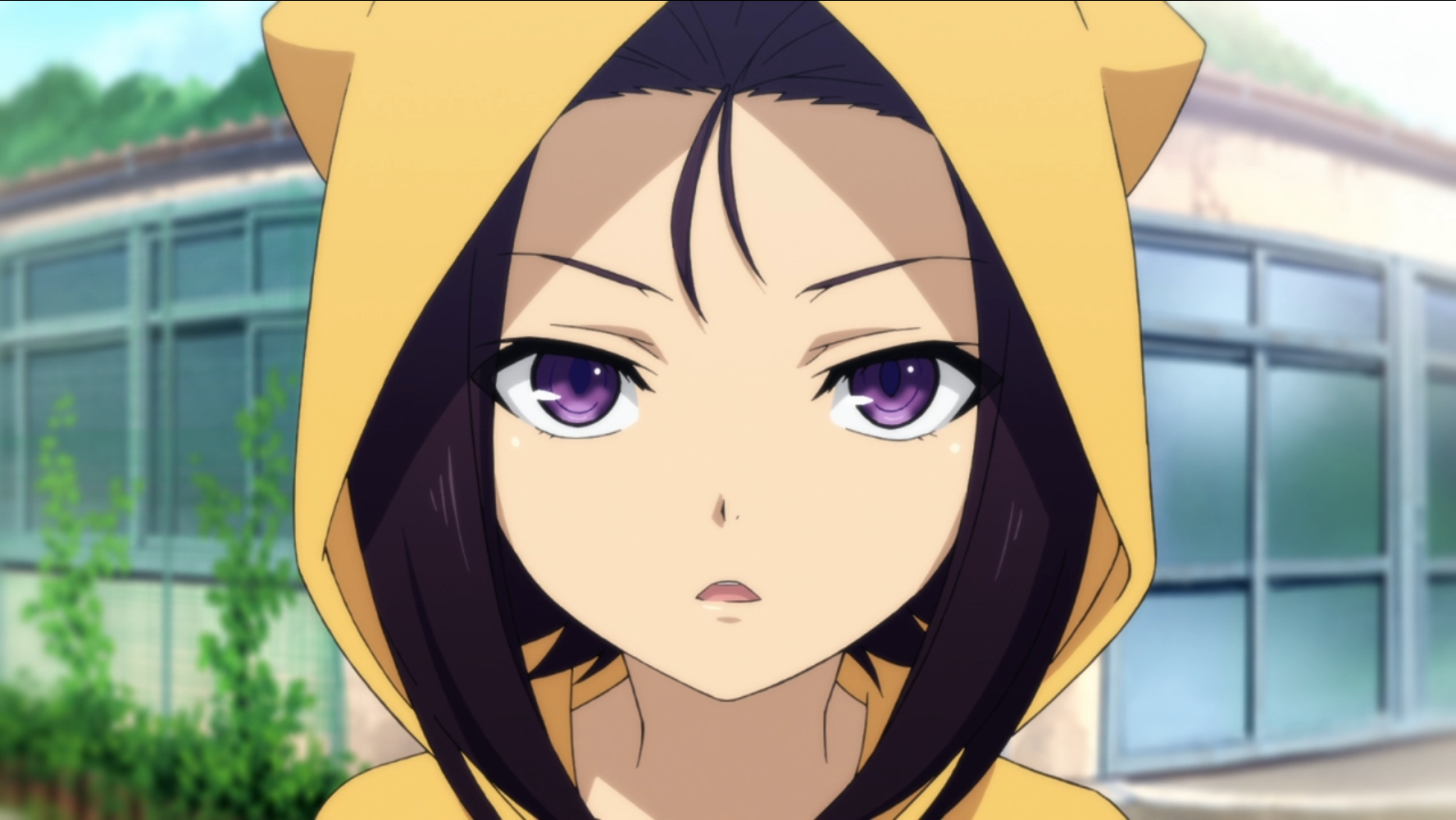 Crunchyroll currently streams The Lost Village in 207 territories worldwide, and the series is available in the original Japanese language with subtitles in English, Spanish, Latin American Spanish, French, Portuguese, Italian, German, and Arabic. The Lost Village was also released on home video in the United States by Pony Canyon, but this release is now out-of-print.

The Lost Village is an acquired taste that's not likely to appeal to every anime fan, but if you're in the mood for an anime that is quirky, off-beat, and unapologetically weird — the kind of show that ping-pongs back and forth between horror and humor at a frenetic pace — and if the series is available in your area, then you should definitely give The Lost Village a try. 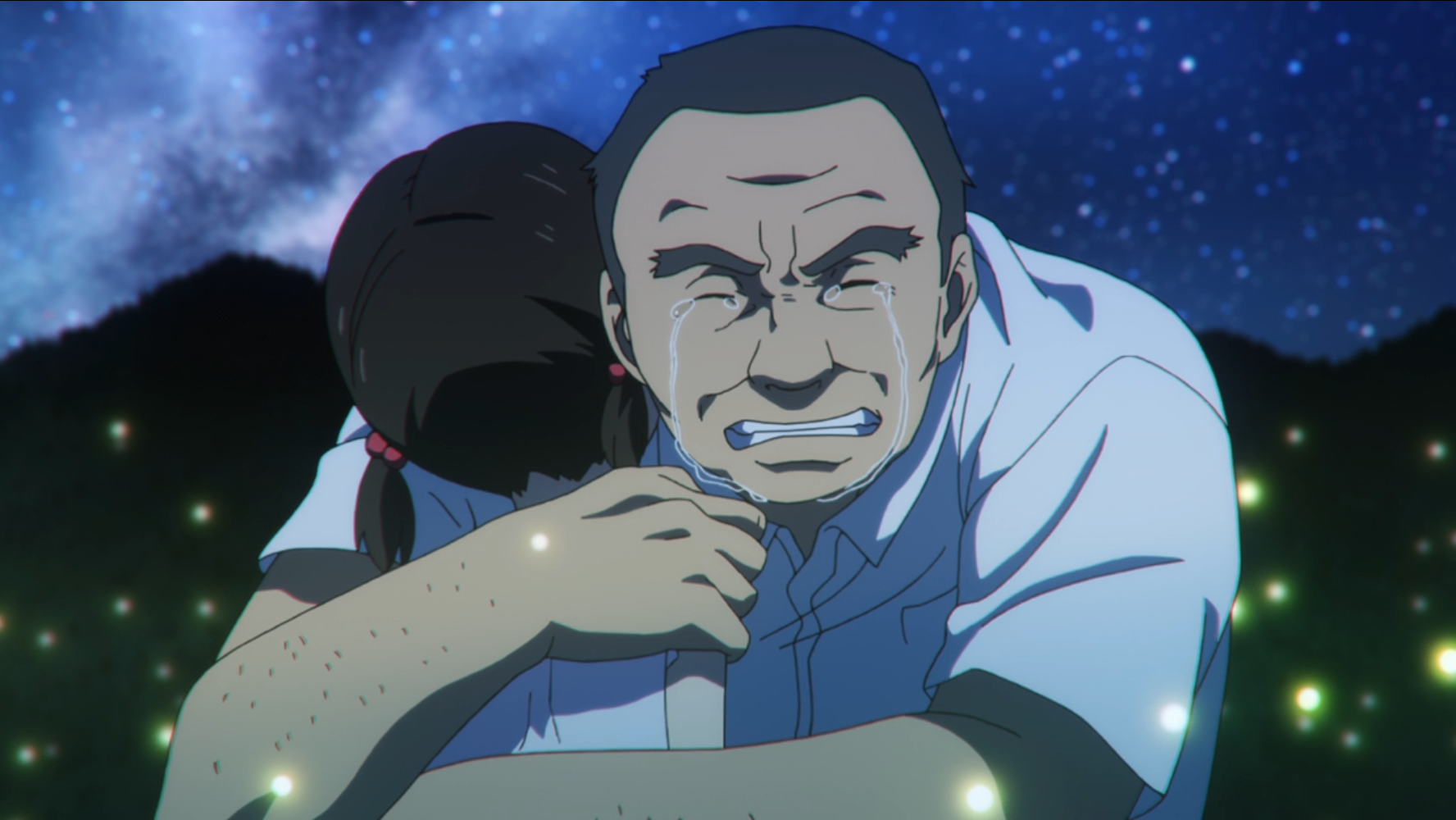 Thanks for joining us for this week's installment of “Cruising the Crunchy-Catalog." Be sure to come along next time when we take a long, languid look at another series that's celebrating its fifth-year anniversary this spring when we tune in, turn on, and doze off with a story of an impossibly lazy high school student as we check out Tanaka-kun is Always Listless.

FEATURE: Aniwords – The Lost Village is the Best Comedy of the Season