FEATURE: The 4 Biggest Differences Between Raising Pokémon And Digimon As Pets 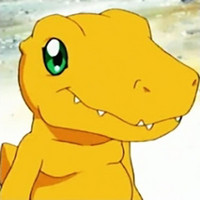 This article written by Daniel Dockery was originally published on August 2, 2019

Sometimes, visiting your childhood home can be like an archaeological excavation. You sift through the eras of your life, some embarrassing (Why did I own so many tropical print shirts? Why did I spend middle school dressed like a sixty-five-year-old dude vacationing in Beaufort, South Carolina?), and some baffling (What was I planning to do with all of those commemorative state quarters?). But sometimes, you find things that you immediately want to take back to the present with you. In my case, it was all of the little Pokémon stuff that I amassed as a kid: The KFC stuffed toys from the commercial that revealed that Colonel Sanders chose the Blue version ...

... The many trading cards, the "How To Draw Pokémon" book from the book fair that I'd trace over and then tell all of my one friends that I drew it on my own, the falling apart Pokémon Red/Blue Prima strategy guide where the writer revealed in the first paragraph that Pokémon was consuming his life in a way that he never thought possible ...

... And the Pikachu, Charmander, and Meowth electronic toys that I got for Christmas one year, the first two saying their names and the last one speaking Japanese, which baffled me as a kid because I didn't know what anime was. But most importantly, I found the Pokémon Pikachu Virtual Pet, a little yellow device that's shaped to look like a Game Boy. And inside of it is a Pikachu that you can walk with and give gifts to. And after a quick battery replacement, I found that it still worked.

It was fate. Because, later this year, I also discovered the twentieth-anniversary release of the Digimon Digivice Virtual Pets in a Gamestop. So, because I'd only ever raised Digimon in the video games and am terrible with money, I bought one. And now I have two tiny monsters that I can take care of. Why hang out with other people when I've got all the companionship I need right here: 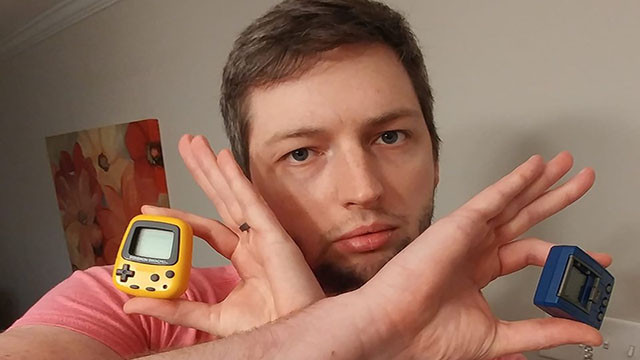 But I soon learned that there is a BIG difference between raising Pokémon and raising Digimon. For example ...

Back in its early days, you could count on one thing with Pokémon: Pikachu HATES you. Sure, eventually you'll earn its respect through battling or risking your life for it, but at the beginning of the anime and in the Pokémon Yellow game, Pikachu begins its journey hoping that maybe you'll just release it or get lost and starve to death in Viridian Forest. That's one of the reasons why Pokémon: Let's Go was such an odd experience sometimes: Pikachu just unconditionally and immediately accepts you as soon as it meets you. It's the only time you'll ever hear me complain about "kids these days" having it too easy. Ugh, Generation Z with their TikTok and their memes and their Pokémon that LIKE them.

Luckily for me, I got the Pikachu of the late '90s in my virtual pet. Unluckily for me, Pikachu was very aware that I had not played with it since the Clinton Administration, and it was pissed. See, the Pokémon Pikachu also doubles as a pedometer which counts your steps. So while everyone else is wearing their FitBit, I'm rocking a Pikachu that absolutely can't stand me on my hip. But the more you step, the more points you can acquire. And you give those points to Pikachu as gifts, and Pikachu will do a little dance and grow more pleased with you. As it turns out, though, no matter how many points I amass on the treadmill, it probably won't make up for the two decades that my Pikachu spent in a desk drawer.

Currently, it's got its back to me, which means that at least it's on the screen (It can actually leave you, forcing you to restart or hide from you). Meanwhile, my Agumon in the Digivice is much less fickle. It's pretty content as long as I feed it and train it and make sure that its battles don't kill it. Oh, and it likes it a lot when you pick up its poop. And it should, because ... 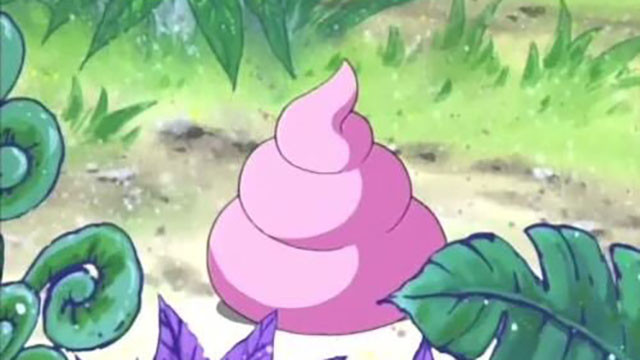 A common feature of virtual pets is that you have to clean their droppings. It provides a cool life lesson for kids, teaching them to not take dumps on the floor all the time. But I did not know that Agumon, my sweet, simple lizard bro, would just crap, like, so much, y'all. I mean, all it eats is meat on the bone and protein vitamins, so it's not like it's getting too much fiber in its diet. It's pretty keto. But every time I switch it on to see if it's okay or has evolved, it's been pushed to the side of the little screen because its own habitat just can't handle how much it's pooping.

Meanwhile, Pikachu doesn't really go to the bathroom. It does have a bathroom though, as after it eats dinner and before it goes to bed (there's cute little animations for each), it brushes its teeth. So unless it's like one of those tiny NYC studio apartments where the landlord's like "Ya got a bed and a sink, so good luck with your butt," Pikachu does own a toilet.

So that's nice to note: Pokémon will clean up their business after they're done. Digimon will look to you and say "I have pooped four times. The walls are closing in. Help me, father."

Pikachu has a bit of a Type A personality — it likes its routine. Usually, in the middle of the day, if you shake the device, Pikachu will come marching in or sometimes ride a little scooter onto the screen. But if Pikachu is doing something, like eating or sleeping, shaking the device actually makes Pikachu less friendly toward you. You have to wait for Pikachu to finish its food before it even considers going on a walk with you.

Meanwhile, if you're like "Go back to bed, Agumon, you've been awake for four seconds," Agumon will do it. If you want to wake Agumon up to train for battle a dozen times, it's ready at all hours of the day. In fact, one of the only things that a Digimon isn't up for is that it won't eat anymore after it's full. After you've filled it with mutton and pills, it shakes its head "No," at which point you probably switch over to training with it for another hour.

DIGIMON HAS A TON OF HIDDEN INTRICACIES

However, because they're virtual pets and showing more than three letters on the screen at one time would cause the device to explode, you don't get a lot of explanation as to how to do it. Like, my current Agumon could evolve into the classic Greymon, or, according to the Digimon wiki, one of six other monsters. So I could get a Seadramon, but because I haven't been taking notes, I will never know how.

Meanwhile, Pikachu is perfectly content with being Pikachu and with being flippant with you. You'll never have to worry about finding a Thunder Stone or learning that it's been replaced with a Koffing or something. Instead, all you have to worry about is your best friend suddenly starting to hate you out of nowhere.

Did you ever own either of these virtual pets? Let us know in the comments!

FEATURE: Why The Digimon Adventure Reboot's Identity Crisis Is Wonderful